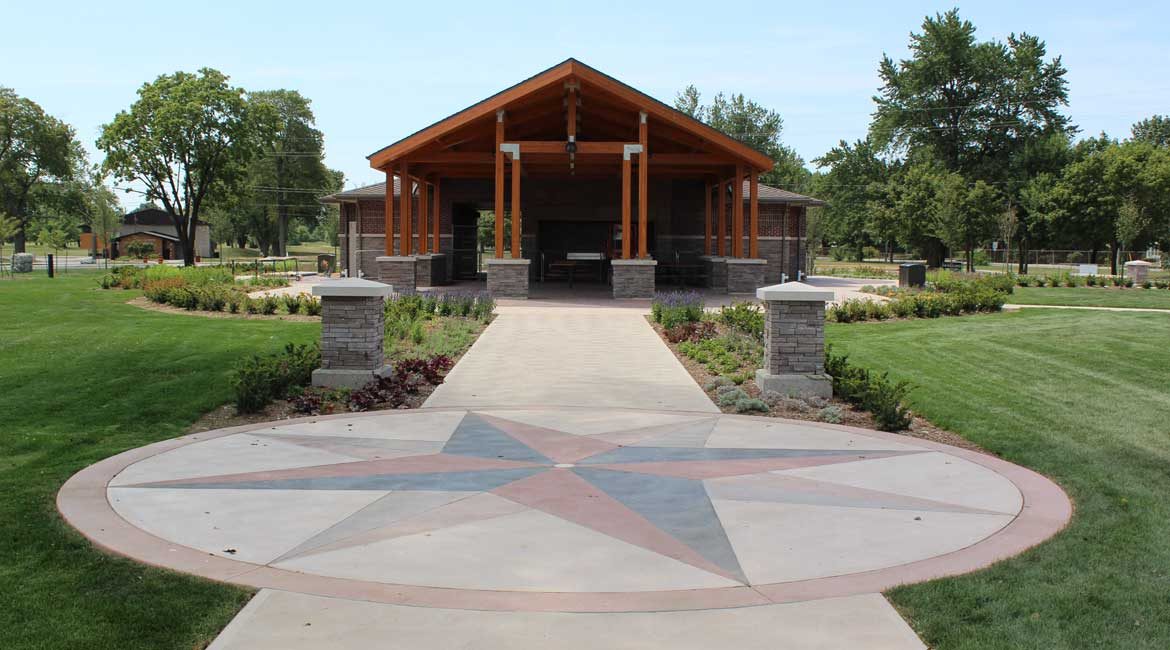 Tecumseh, Ontario is a town of approximately 23,000, located in Essex County, in the southwestern part of the province, on Lake St. Clair. Originally known as Ryegate, the area was first settled by descendants of French immigrants. The Town became an important railway depot and stopover for travelers with the creation of the Tecumseh Road in 1838 and the establishment of the Great Western Railway in the early 1850s. In 1912, Ryegate was renamed Tecumseh in honor of Tecumseh, a Shawnee warrior who was killed in the War of 1812. In 1999, as part of a reorganization of Essex County, the Town of Tecumseh was created by amalgamating the former Village of St. Clair Beach, Tecumseh, and the former Township of Sandwich South.

Today, Tecumseh is a mixture of suburban, rural, and industrial areas that provides community living with big city access and opportunities. The Town offers its residents attractive neighborhoods, a thriving business and commercial sector, a healthy agricultural region, and a number of recreational activities. Its location within the Windsor-Detroit metropolitan area provides a prime transportation network and business landscape that supports local and global industry growth. “We’re at the epicenter of North America,” says Mayor Gary McNamara. “We’re a day’s ride from a hundred-plus million residents between Canada and the United States. So, certainly, we’re well-positioned.”

In addition, Tecumseh has worked with its federal and provincial partners on different transportation projects that help residents and products get to and from the border—and throughout Essex County—safely and efficiently. The Town has been the recipient of more than $200 million in transportation improvements to local and international network connections. In addition, the provincial government just spent $1.4 billion for a brand new link to the U.S., the Rt. Hon. Herb Gray Parkway, and a new international crossing, the Gordie Howe International Bridge, is anticipated to begin construction in 2018.

Two of Tecumseh’s major economic drivers are agribusiness and light manufacturing. “We have a food processing company, here, Bonduelle, that’s the biggest of their seven plants in Canada and the biggest agri-food business in Tecumseh” says McNamara. “It contracts with about 450 family farms to send their vegetables to market, packaged under various labels including Green Giant, for major food chains throughout North America.”

“We also have a significant industrial component which comprises primarily, the tool and die, and mold sector, which are world-class, leading edge companies providing support and Tier One supplies to automotive manufacturing, agricultural, aerospace and biomedical industries,” adds Tony Haddad, Tecumseh’s Chief Administrative Officer. “They took a hit during the Recession, but, right now, they are booming. They’re expanding and that’s a good indication for both the local and global economies. So, Tecumseh does have that rare blend of having a rather significant industrial component in our assessment base, as compared to just being limited to residential and agricultural lands.”

There are two significant employment areas within the Town – the Oldcastle and Sylvestre Business Parks. The Oldcastle Business Park is a major regional employment center, containing over 350 industrial establishments, located in the southwest portion of the Town adjacent the City of Windsor and is one of the Essex-Windsor region’s most significant areas for manufacturing. The Sylvestre Business Park is located in the northerly settlement area of the Town and possesses a mix of approximately 40 industrial and commercial establishments.

Tecumseh is also growing its residential sector at a rapid rate, and there is a real high demand for all types of homes, apartments, and condominiums. Its housing costs are among the lowest in Ontario and Haddad says that the makeup of the community and the amenities offered in Tecumseh make the Town attractive to both young families, as well as retirees. “Young professionals that are going out on their own, are buying real estate to start their own homesteads,” he states. “They’re relocating back from attending universities out of town and starting their careers in the area. And many are finding the Tecumseh area attractive as a retirement destination because of excellent real estate values, access to waterfront properties, estate-sized lots, great weather, access to the U.S., access to an international airport, and access to the highway system, as well as a generally lower cost of living.”

McNamara believes that the influx of newcomers is largely attributable to the high level of services provided to the community, as reflected by the 99 percent of Tecumseh residents who said in a recent survey that they were satisfied with municipal services. “That is unprecedented,” he declares, proudly. “We’re moving in the right direction in making this community very, very sustainable and desirable. It’s good governance and good management. And we’re continuously trying to find new and better ways to serve, because we believe there is still room for improvement.” In addition to low water and tax rates, Tecumseh provides its residents with parks, trails, and open spaces.

The Town is focusing on implementing smart growth initiatives such as their Tecumseh Road Main Street Community Improvement Plan (CIP), which will affect the 1.2 kilometer, commercial “downtown” corridor. The CIP establishes a community-developed vision for an area that comprises 96 acres with a mix of approximately 115 commercial and residential properties, as well as underutilized land. To help achieve this vision, the CIP provides for a range of financial incentive programs to registered owners and tenants of land and buildings within the CIP Area.

“We asked the residents what they wanted to see in the downtown core. We had several public information centers set up,” says McNamara. “One of the biggest ventures will be to bury most of the infrastructure. It becomes an opportunity to re-engage into an area that needs an uplift.” The CIP incentives have already spurred the construction of a 48-unit, medium-density, residential development and improvements in private outdoor space enhancements. Additional medium and high-density residential development and building façade improvements are anticipated for the coming year. “The excitement has already started,” McNamara adds. “It looks very promising.”

Tecumseh also has a combined 23 kilometers of trails and dedicated bike lanes, and over the past few years the Town has committed $200,000 in trail construction with additional trail projects identified for 2017. “We’re committed to an active transportation network across our community where we’re encouraging our residents to adopt a healthy lifestyle,” says McNamara. “We are aggressively trying to connect all of our park systems to our neighbors, and we’ve got two major projects on the go. There is a network of trails that run parallel to the new parkway, and we’re connecting to another 60 kilometers worth of trails that begin in our community with access to several municipalities in Essex County. So there’s continuing work.” The Town is a five-time recipient of the Gord Smith Healthy Workplace and Bike Friendly Workplace awarded by the Windsor-Essex Health Unit. These awards are for its initiatives with Town staff and its dedication to promoting a healthy workplace and lifestyle.

Finally, Tecumseh is constantly looking at ways to implement green initiatives to existing or new facilities. When the Tecumseh Arena was under construction, solar panels were implemented into the design to provide power. “There are roughly 2,200 panels producing 500 kilowatts,” McNamara explains. “For three years, it was the largest, on-roof solar project in all of Canada. We also improved the lighting, re-insulated the facility, and added a new dehumidification system. We retrofitted most of our public buildings to eliminate some of the inefficient operations. And just recently, we completed our LED street lamp exchange and conversion. We received our first installment in terms of energy savings – just under $200,000.”

Tecumseh has been busy over the last five years working on various infrastructure improvement projects totaling more than $60 million. At the recent State of the Town event in February, the Mayor announced further infrastructure work totaling almost $10 million in the Oldcastle industrial park. This work will allow many of the businesses in the area to expand and provides attractive relocation options for businesses wanting to move into the area. During his speech, the Mayor mentioned several businesses that had recently started up in Town and reiterated that there is always room for more. “We love new businesses in Tecumseh.”

Tecumseh prides itself on being a healthy, livable town, with a commitment to sustainable, planned development and an appropriate range and mix of residential, industrial, institutional, and recreational amenities that meet the current and long-term needs of its residents. It is truly the jewel of Essex County.

WHO: Tecumseh, Ontario
WHAT: A town of 25,000
WHERE: On Lake Clair in southwestern Ontario
WEBSITE: www.tecumseh.ca 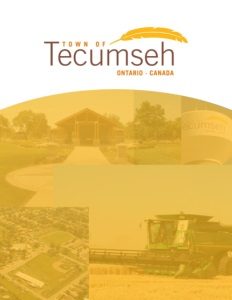