The picturesque Town of Erin, Ontario is located at the headwaters of the Credit and Grand Rivers in Wellington County, about 50 miles northwest of Toronto. Erin is an amalgamated community of 12,000, encompassing the urban villages of Erin and Hillsburgh, and the rural hamlets of Ballinafad, Brisbane, Cedar Valley, Crewson’s Corners, Ospringe, and Orton. A predominately rural region, Erin’s working residents commute to jobs in nearby Brampton, Mississauga, and Guelph. That being said, the town is ready and waiting for strategic growth with a wealth of prime land for future development available. But a critical sticking point is holding up the works: Erin is the largest community in southern Ontario without municipally-operated wastewater treatment. And because developers are “chomping at the bit” to come to town, installing a wastewater treatment plant has been top of the agenda for quite some time.

Business View Magazine recently spoke with Town of Erin Mayor, Allan Alls, about the progress of the wastewater project, as well as more positive news from this charming, much-to-offer community. The following is an edited transcript of that conversation. 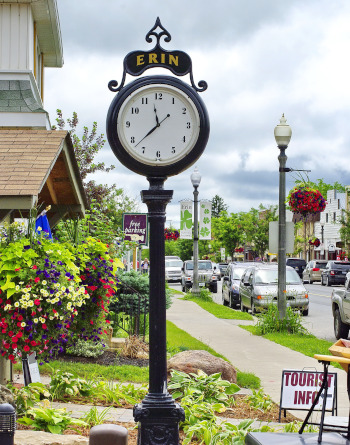 BVM: Mayor Alls, can you update us on the status of the wastewater treatment project?

Alls: “A year ago in June 2018, we submitted to the Ministry of the Environment our environmental assessment on the wastewater system – a full engineering report that’s been there almost 16 months, and had three Part 2 orders put against it. Anybody can submit Part 2 orders, saying they didn’t think we looked at this, that, or the other. Two were from neighboring municipalities that were afraid we were going to dump wastewater into the river. They were unaware that with the new biofilter systems, you can drink the water coming out at the end. The third one was from a local resident who thought we didn’t consider enough alternative methods. We were looking at a pretty conventional gravity-fed wastewater system with a biofilter modular plant that would treat the water.

“It’s not our role to appease the people who put up roadblocks, our role is to answer to the Ministry. We had our engineering firm, the Ainley Group, resubmit another report, which cost us more money, to answer the Part 2 orders that were put against the assessment. The Ministry has to review that and they can say the Part 2 orders are frivolous, or not significant enough, and give us the go ahead. Or they can tell us to go ahead but they want us to do X-Y-Z, or whatever it happens to be. The Minister has asked his staff to put a high priority on it, since residential septic systems are failing and it’s becoming more urgent for our town. Everyone is getting frustrated with how long it takes to do these things.”

BVM: What is the timeframe for completion, once approved?

Alls: “We hope to have shovels in the ground by 2022. In the meantime, we’re doing a Growth Management Study, an Asset Management Study, a Strategic Plan, an Economic Development Plan, and the town’s first ever Parks, Recreation, and Culture Master Plan. So, we’re spending a lot of money in preparation for the go-ahead. When it’s approved, we’ll have to get the actual engineering plans done – where we put the pipes, how deep they go, etc., which will take at least a year. Then, there’s financing. The developers will pay through development charges, but the current residents will have to foot the bill for the difference. However, we are asking for government grants and we have consultants working on a wastewater funding study, which will provide us with options on how to move forward with financing the project.

“In the interim, with the old infrastructure starting to fail, the scenario isn’t good. In the rural area, it’s easier and cheaper to replace a septic system because you have the land to do a new system. In the urban area, with older homes on small lots, they have to go to different systems that are much more expensive – as high as $30,000 to replace the septic. I’m getting letters from residents saying, ‘Mr. Mayor, when are we going to get this communal wastewater system going?’ But it’s not up to me; we’ve done our part and I do feel for our residents who are in that difficult situation. I wish there was an easy answer.”

BVM: How are you encouraging business growth to increase the tax base?

Alls: “Our rural residents are paying the majority of the tax bill; a lot of wealthy people from Toronto have built beautiful country estates up this way because of our scenic, rural environment. On the business side, we’re doing a lot of BR+E (business retention and expansion). We’re out talking to our local businesses, and we’ve introduced a Community Improvement Plan, which will give businesses money to improve their building façade or other areas that will help them grow. With their growth, we get more taxes. So it works both ways. Pintar Manufacturing and Canadian Robotics, Ltd. are two of our largest employers. And we have a lot of unique entrepreneurial, start-up businesses with one or two people. We’re actively pursuing new business, but it’s very awkward without the wastewater system.

“While Erin grows, we want to keep it as green as possible. We’ve replaced all our streetlights with LED lighting, and we’re looking at a new waste collection system for our town and trails, which separates recyclable material from waste material. That’s being accepted well by the locals. I personally introduced a Notice of Motion at our last council meeting asking our Environmental Sustainability Committee to look at how we can reduce the use of plastic in the Town of Erin. That’s the most important thing I’m concerned about for the environment, right now – the use of plastics, and how we have to change our ways. Another green solution, just over a year ago, we installed a solar-panelled roof on our Erin Community Centre and that has saved a tremendous amount of CO2 emissions. Speaking of that Centre – the China Women’s Lacrosse National Team was training there this summer, before their tournament in Peterborough. So, that was very exciting.” 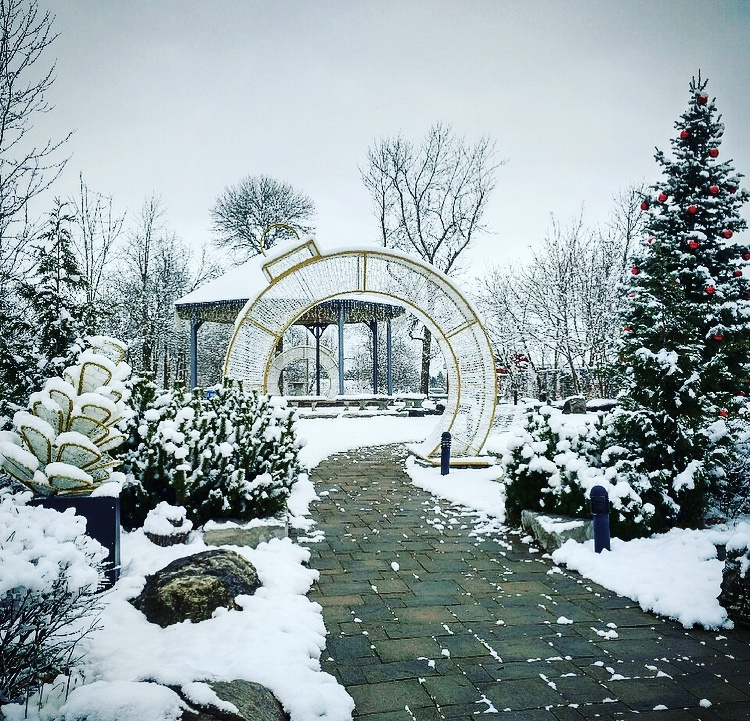 BVM: Is Erin a tourist destination?

Alls: “We do have a lot of day tourists. Unfortunately, we don’t have a hotel, but we do have some Bed & Breakfasts for people who want to stay over. We’re part of the Elora Cataract Trail System that brings many people in. We also have our own Riverwalk Trail and an active Trails Committee that is building on that. In addition, the equestrian business is huge, here. We almost have more horses than people. About 5,000 horses on 400 horse farms in the Town of Erin. They do everything from hobby right up to thoroughbred racing. In the southwest corner of town, Angelstone Tournaments has become quite a draw during the summer. It’s a world-class, show-jumping facility offering prizes for their events of up to $50,000.

“Our downtown core attracts a lot of day-trippers to the shops and restaurants. And we’re promoting that. At the end of November, the BIA puts on a Window Wonderland in collaboration with our Winter Market. It’s quite a spectacle – the stores are closed during the day to decorate and then at 6 PM, they turn on the lights and show off their beautiful themed windows. The park is illuminated, we have a big Christmas tree, and the streets are jammed with people. We also have a pretty busy farmers’ market, where local farmers and crafters sell their goods. In the fall, there is a Tour of the Hills, and all the artists open up their studios for two weekends. Also, in the main lobby of our town hall, artists are invited to exhibit their work. That rotates throughout the year.

“The County of Wellington has been very supportive of Erin. They opened an amazing landmark library in Hillsburgh in June 2018. It sits on the shores of a mill pond that was once part of the Gooderham and Worts distillery empire. VG Architects won an award for the design; they incorporated an 1892 pioneer home into a modern glass-and-brick addition featuring expansive views of the pond . A lot of locals use the site as a park, as well as a library. The Wellington County Library System has been recognized as one of the best in Canada.”

BVM: So what are you anticipating for the future of Erin?

Alls: “I would suggest you call us back in about two years. Our council and I all ran on the platforms of growth and wastewater, and while there is a section of the population that are against what we’re doing, there is a majority that agree with us. The only reason I ran again was to get this plan done. I have about three more years to do it.

“I’m excited about the prospects for Erin. We’re on the verge of some pretty amazing changes that will happen. We’re located so close to the Golden Horseshoe and the Greater Toronto Area that this town has tremendous potential. But at the same time, we don’t want to see unrestrained growth. We’re trying to manage it to keep our rural nature, as much as we can. That’s the plan.”

WHAT: A mostly rural municipality; population 12,000