Welland Ontario – Bridging the Past, Present, and Future 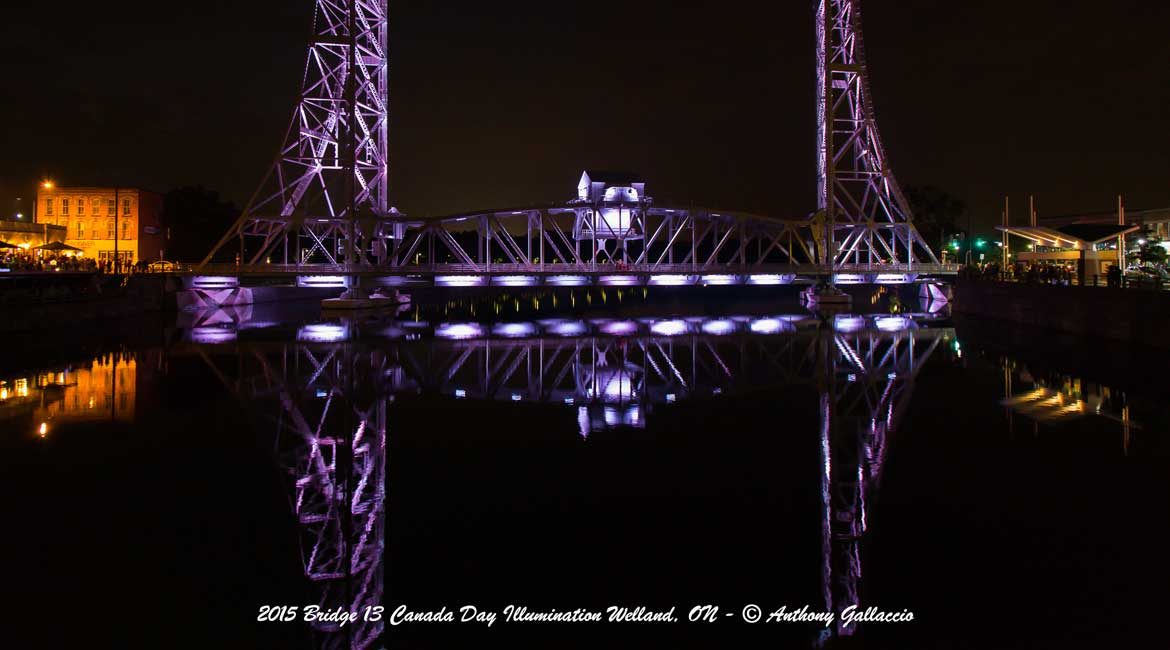 Welland Ontario, located in the center of the Niagara Region, was first settled in 1788. In 1814, near the end of the War of 1812, the Battle of Cooks Mills took place along the settlement’s eastern boundary. It was the second to last engagement, ever, between the armies of Great Britain and the United States on Canadian soil. In 1829, a wooden aqueduct was built to carry the Welland Canal over the Welland River, and the settlement became known as The Aqueduct. In 1844, a stone aqueduct replaced the wooden one, and the name of the settlement was changed to Merrittsville. It was incorporated as the Village of Welland in 1858, the Town of Welland in 1878, and the City of Welland in 1917.

Because of Welland’s proximity to the hydroelectric station at Niagara Falls, the city was historically known for its steel, automotive, and textile industries. Over the last few decades, however, many of the city’s large manufacturing plants have closed or relocated, and today, the community is diversifying its economy to include smaller manufacturing firms such as Welded Tube of Canada, call centers such as Convergys, and food processors, such as Northern Gold, a manufacturer of breakfast and snack products.

“The most notable addition has been G.E.,” says Dan Degazio, Welland’s Director of Economic Development. “They’re moving to Welland and opening a 500,000 square foot facility to employ a minimum of 250 people to start. It’s a $250 million facility on 80 acres near the Welland Canal and a twenty-minute drive from the U.S. border.”

Helping to lure companies like General Electric to Welland is the city’s Gateway Incentive Program. “It opened up about a year and half ago,” Degazio explains. “We’ve got five companies taking part. This program allows companies to build with no development charges. It also allows them to get a tax incentive, which, in the case of G.E., means zero regional and municipal taxes for the next ten years, which will save them upwards of $30 million. It was a major factor for the company coming to relocate, here. The Northern Gold facility, as well – they tapped into our incentive program and they’ll save upwards of $3 million over the next ten years.”

Another advantage for companies wishing to set up shop in Welland is the city’s streamlined permitting processes. “We always want to be in the ground quickly,” says Degazio. “We’ve heard of companies who bought property in locations where it takes them a year before they get a building permit. We’re able to cut through the red tape and get people in the ground and get a return on their investment quicker than any other city that I know of. We have a team inside of City Hall dedicated to moving the process forward as quickly as possible. We’ve gotten companies in the ground within a month and completed building within a year. Their only constraint was how fast they could build.”

Finally, Degazio explains that Welland provides completely serviced, industrial land for sale. “The park that G.E. is on was serviced ten years ago,” he states. “It had water, sewer, road, natural gas, and hydro right next to the site – shovel ready. Companies won’t come unless they have serviced, industrial land. So, the best way to get companies to come here is to make it as easy as possible for them. Our mandate is ‘get ‘em here, get ‘em in the ground, and let’s get employment as fast as possible.’”

The population of the Niagara region is about 430,000 people, and Welland has about 51,000. Degazio says that housing development in the city is “going through the roof,” and that it has sold a significant amount of acreage for new housing, which, he adds, is some of the most affordable in southern Ontario. And the expected population growth over the next several years may allow Welland to expand its urban boundaries to accommodate new development. “We have an area to the north of the city that’s upwards of 300 acres, that’s serviced and ready to go,” he says, “but under the provincial guidelines, we have to prove that our population growth is going to come to that point. Our anticipation is that our population is going to outgrow the suggested number.”

Meanwhile, there is some infill land available, as well. “The city owns a piece of property along the Canal that is 100 acres, and we’re selling that for development,” he says. “And we have a number of opportunities to put housing on the Canal. So within the next five to seven years, you’ll see a whole different view of the Canal. We also have a brownfield program in place to initiate growth on former industrial sites. We’ve recently sold four projects that will be cleaned up this year to a standard where we can put in new industry, new housing, and new commercial opportunities.”

The Welland Canal, which runs through the center of Welland, connecting Lake Ontario and Lake Erie, has always been central to the city’s identity, and these days, in addition to its commercial uses, the Canal has become a recreational waterway for the people of the area – filled with canoes, kayaks, dragon boats, paddle boards, and swimmers. In addition to a walking and biking path that runs along its edge, the Canal is also home to a world-rated, flat-water center that was built three years ago for the 2015 Pan Am Games. “Our flat-water center is considered one of the top, if not the top, in North America,” Degazio declares. “We also hosted the World University Kayak and Canoe Championships and the 2015 World Dragon Boat Championships, which attracted about 2,500 athletes. It holds about 2,500 people in the stands, and we have an indoor tank for training purposes, which is the largest in Canada.”

In planning for the future, Welland has made a commitment to incorporate sustainable and energy-saving practices. “We were one of the first communities to jump onboard with green energy,” says Degazio. “We have a sports facility, which is probably one of the biggest indoor sports facilities in southern Ontario, and one of the projects that helps sustain this building is the fact that we have a 250 kilowatt solar array on the rooftop. We also have a number of solar projects across the city and we just got approved for four more. Welland Hydro is owned by the city and that’s a big advantage for us. We were the first community in North America to put LED street lights across the city. So, we’re very in tune with the Green Energy Act.” (The Green Energy Act, GEA, introduced in the Ontario legislature in 2009, is intended to expand renewable energy production, encourage energy conservation, and create green jobs.)

Welland, Ontario – a proud past, a thriving present, and a bright future.

WHO: Welland, Ontario
WHAT: A city of 50,000
WHERE: In the Niagara region of southern Ontario
WEBSITE: www.welland.ca

Moon Township, Pennsylvania – With plenty of... 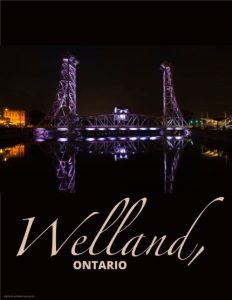