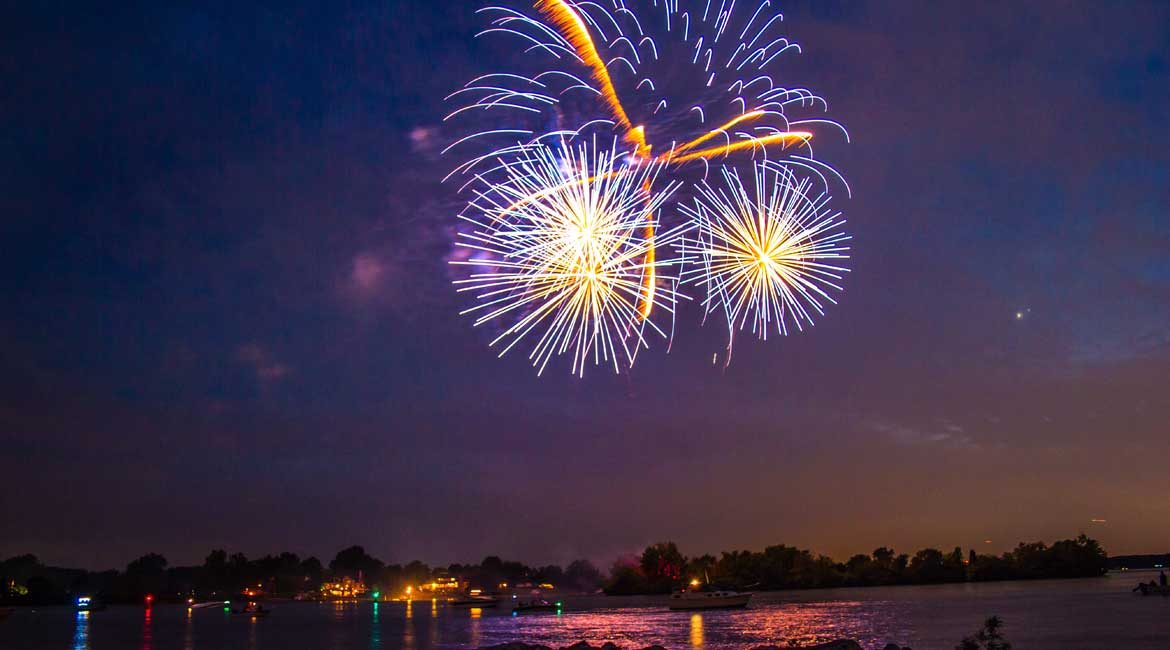 Amherstburg, Ontario sits on the banks of the Detroit River at the mouth of Lake Erie, approximately 16 miles south of Detroit, Michigan. It was first settled in 1784 by Loyalists who were granted land by the British Crown after the American Revolutionary War. In 1796, Fort Amherstburg was established, and the Loyalist refugees laid out a town site named Malden. During the War of 1812, the fort was used as a base by General Isaac Brock to capture Detroit, but was then, itself, captured and occupied by American forces from 1813 to 1815. By the late 1830s, the fort and the town were known by each other’s names, Malden and Amherstburg.

During the days of the Underground Railroad, before the American Civil War, fugitive slaves from the southern states often used Fort Amherstburg as an entry point when escaping to Canada. By 1869, the town of Amherstburg in the Township of Malden, County Essex, had a population of 2,500. Fort Malden was adapted for use as a lunatic asylum, and its main building was later used as a port of entry, a money order office, a post office, and a savings bank. Amherstburg was officially incorporated as a town in 1878.

At one time, Amherstburg was home to several chemical and plastic manufacturing plants, but today, it is mostly a retirement and bedroom community with many historic sites that draw tourists to its original stone buildings and former residences. Chief among these are the Fort Malden National Historic Site, designated in 1921, and the Bellevue House, which was built between 1816-1819 by Robert Reynolds after he returned from serving in the War of 1812. The Bellevue House was declared a National Historic Site in 1959, and was recently purchased by the town, which plans to restore the historic mansion and its surrounding properties.

In addition, Giovanni Miceli, Amherstburg’s Chief Administrative Officer, reports that the town is also in the process of acquiring a piece of waterfront property in order to expand another premier tourist attraction, the 10.5-acre King’s Navy Yard Park, and provide more access to the waterfront, both for town residents and tourists. “We’re also looking at trying to get a hotel in the town, and hope to offer enough incentives that will allow for one to be built,” he adds.

Meanwhile, Miceli says that Amherstburg is also attempting to attract more permanent residents by enhancing and upgrading its infrastructure and keeping its development charges, low. “We’re trying to increase our population,” he states. “We’re positioning ourself to be not only a tourist attraction, but a pretty significant bedroom community in the region. We have one of the lowest development charges in the entire region, and we have a significant amount of water and sewage capacity in our municipality that allows for development to occur.” He adds that the town is in the process of installing a sewer force main in the Kingsbridge subdivision, which will accommodate an additional 800 lots. “And, in the center of town, we’re looking at adding some main infrastructure to allow an additional 1,500 lots to come on stream.”

In touting Amherstburg’s advantages, Miceli points to a significant number of amenities that many other communities of similar size don’t have. “We have a state-of-the-art, LEED-certified, multi-purpose recreational facility with two ice pads and indoor soccer,” he states. “We also have the only Miracle League diamond in Windsor-Essex. So, we’ve positioned ourselves to offer our residents, and future residents, some pretty amazing amenities, and now we’re doing all the additional work to provide infrastructure capabilities for those to occur.”

Finally, Amherstburg also has Boblo Island, one of Canada’s most unique residential communities. Boblo Island, or Bois Blanc Island, is a 271-acre tract on the Canadian side of the Detroit River. The island had strategic importance when Fort Amherstburg was built in 1796 to guard passage along the Detroit River after Detroit was turned over to the Americans. Guns from the fort could reach the island across the navigable waters and hence secured the river. Between 1898 and 1993, Boblo Island was the home of the Boblo Island Amusement Park, and today, it boasts deluxe houses and condominiums whose residents and visitors are served by a private ferry. “There’s a development (the Boblo Island and Marina Resort Community) that hopefully will be proceeding next year for an additional 180 lots on the island,” says Miceli.

Voted as the “2015 People’s Choice Winner – Great Places in Canada,” Amherstburg also hosts many festivals, including: the Heritage Festival every August with re-enactors depicting eras ranging from the Roman Empire to the Second World War; the Shores of Erie Wine Festival each September, featuring food, dancing, live entertainment, and wine tasting; Art by the River, a two-day arts and crafts festival held each weekend before Labor Day; and the celebration of Canada Day with fireworks and family activities, held each July 1st.

So, for tourists and residents alike, Amherstburg, Ontario is a Canadian destination of choice.

WHO: Amherstburg, Ontario
WHAT: A town of 22,000
WHERE: Near the mouth of the Detroit River in Essex County, Ontario
WEBSITE: www.amherstburg.ca 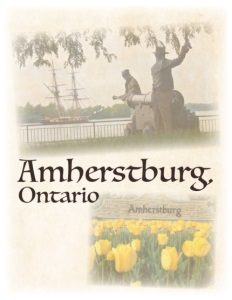