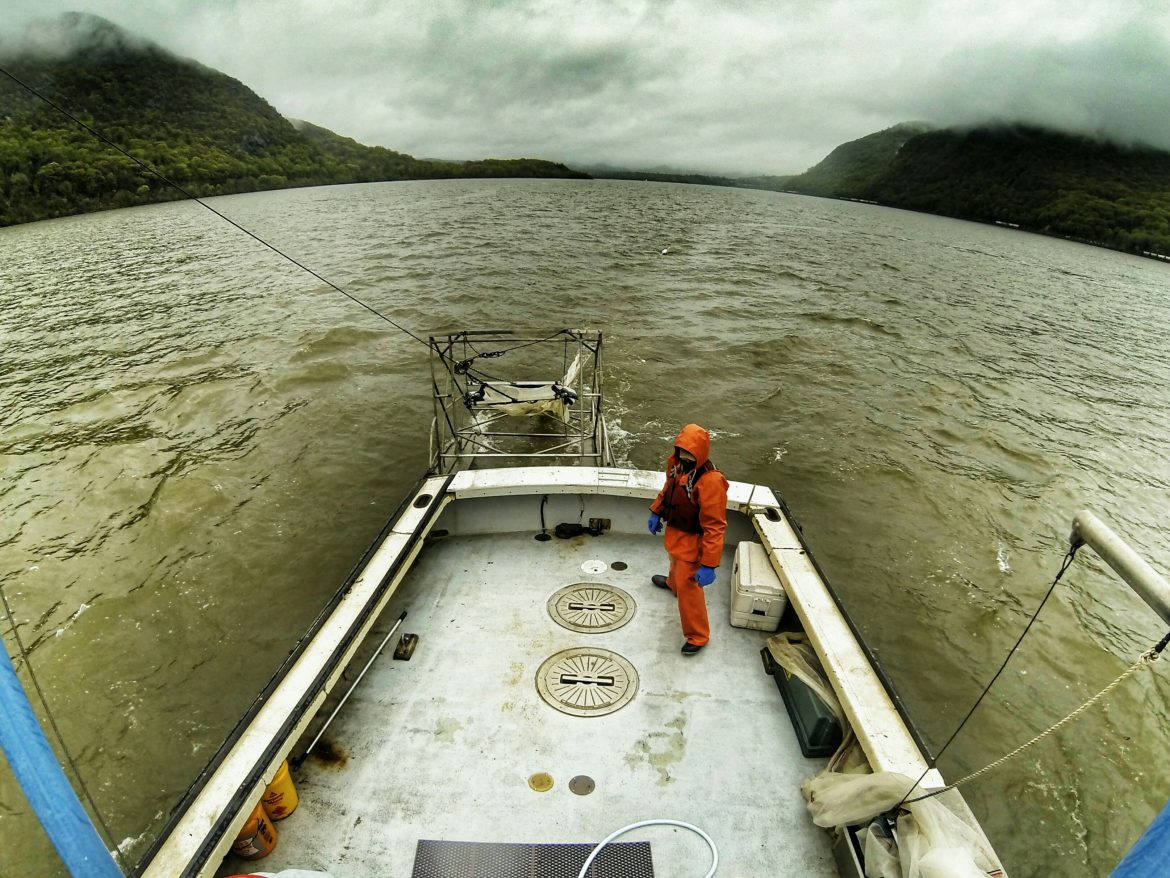 Normandeau Associates was founded by Dr. Donald A. Normandeau in 1970, at the dawn of the nation’s environmental movement. “The environmental industry centered around several federal actions that were passed in the ‘70s,” says Colonel (Ret.) Curtis Thalken, Senior Vice President and Chief Operating Officer, “the Clean Water Act, the Clean Air Act, the National Environmental Policy Act, and the Endangered Species Act. In broad terms, a lot of folks characterize the environmental industry as either remediation-based or natural resource-based. We’re focused on the natural resource side.”

“In 1987, Dr. Normandeau sold the firm to Thermo Electron, which is now Thermo Fisher Scientific – a Fortune 500, public company focused on the manufacture of scientific instruments,” Thalken recounts. “So, in the late ‘80s, they made a foray into the consulting business and acquired several firms, including Normandeau Associates, a natural resource consulting firm and several environmental engineering companies.

“In 2000, they decided to divest themselves of their professional services firms and focus back on their basic core business of instrument manufacturing. They offered our CEO, Pam Hall, the opportunity to buy the firm. She countered that she would like to set us up an employee-owned firm. The buyout was accomplished through a leveraged ESOP (Employee Stock Ownership Plan) with about 60 percent of the purchase from Thermo done with a bank loan, 20 percent by senior managers of the firm, who invested some of their own money, and about 20 percent retained by Thermo. The fact that Thermo remained committed to our success was a big part in convincing the bank to let us take the loan out.

“In 2007, we paid off the bank loan; in 2011, we bought back all the preferred shares from Thermo; and in 2012, all of the remaining common shares were repurchased by the ESOP trust, so we became 100 percent employee-owned. Today, we have 19 offices in 12 states. The easiest way to describe our office locations is that they range from Maine to Florida on the east coast, and from Seattle, Washington to Arcata, California on the west coast. From these offices, we work throughout the U.S. and are experts at deploying staff to any project site.

Thalken says that about 80 percent of the company’s work is for private clients, with the remaining 20 percent for the public sector. “The public sector work involves support to ports and waterways State DOTs (Departments of Transportations) and federal highway projects, most of which are associated with bridges. Most of our private sector work revolves around the energy markets. We do a lot of work for power plants to help them site new facilities, as well as comply with conditions of their operating permits. In the hydropower industry, we do a lot of work associated with re-licensing; they have to be re-licensed by the Federal Energy Regulatory Commission (FERC) every 30-50 years. In similar fashion, for wind and solar farms, we help them with their siting and initial permitting, and then the monitoring to ensure compliance with the conditions of their permits. We work with transmission and gas pipeline companies also to help with siting, permitting, and compliance. In the Pacific Northwest, we do a significant amount of work associated with salmon recovery for the Corps of Engineers in support of their large hydropower projects on the Snake and Columbia Rivers.”

While the bulk of the company’s clients are U.S.-based, Thalken says that Normandeau Associates does take on overseas projects when appropriate. “We do not actively market overseas, but, in certain fields, we’re recognized, even internationally, as the leaders,” he states. “For example, we have a patented technology in the hydropower industry for determining fish survivability that has been requested and used on projects in Europe. We have patented technologies for determining bats in the vicinity of a wind farm and as a result of that, we’ve done work in Central and South America associated with wind farms. We’ve done raptor interactions with transmission lines in Uzbekistan. We actually helped write the avian/power line interaction manual for APLIC (Avian Power Line Interaction Committee). We’ve looked at thermal discharge issues associated with industrial processes in Saudi Arabia and the impacts to the Persian Gulf. So we do work overseas, but it’s usually work where we’re recognized internationally as the firm with the expertise to do it, or we’re brought overseas by our engineering team partners who have a need for a service and recognize that we can provide it and do it well.”

Thalken believes that Normandeau Associates differentiates itself from the competition in several significant ways. “First is through our use of innovative technologies,” he says. “We have several patented and proprietary technologies that we can provide – endorsed by natural resource agencies as the preferred method. These technologies put us in the forefront in the different industries in which we work. The second is, with approximately 250 staff, we are one of the largest, stand-alone natural resources firms in the country. We can put a lot of people in the field for a large-scale project – hundreds of miles of transmission line, for example, that need to be surveyed for wetlands and endangered species. So, it’s both ends of the spectrum that differentiate us. For smaller scale projects, our role is providing high-end technologies to resolve site specific issues and for very large projects, we can accomplish the work in short order because we can mobilize and deploy anywhere.”

In addition, the company has strong relationships with the regulating community that, according to Thalken, helps to get the “necessary buy in” for its innovative approaches to solving problems. “We’re the only environmental firm in the nation that can say we have both a former EPA Regional Administrator and a former Army Corps of Engineers District Commander on staff.” Company President, Bob Varney, is the former New England Regional Administrator of the Environmental Protection Agency who also served as Commissioner of the New Hampshire Department of Environmental Services under three different governors. Thalken, himself, a 25- year veteran of the U.S. Army, was the Commander of the New England District of the U.S. Army Corps of Engineers before coming to Normandeau. “So, we understand how the regulating community works and what they need in order to accept some of these innovative approaches,” he adds.

Finally, in addition to its differentiated services and its pedigreed executives, Normandeau Associates actively participates in publishing scientific articles in peer-reviewed journals, which gives its innovative solutions professional approbation. “Many of our scientists prepare articles for peer-review magazines,” Thalken relates.  “And for many of our clients, that’s helpful because if we can present in a peer-reviewed journal, then, by definition, the basis and the subject of that article can be considered best technology available. That can help our clients present alternative approaches to what the regulating community might have considered as best technology available.”

Currently, Thalken says that the company is working on several innovative sustainability projects. “One is coastal resiliency,” he relates. “Rather than hard engineering structures, there are other ways to solve coastal resiliency issues associated with sea level rise – things like living breakwaters, for example, and salt marshes, as opposed to barriers on the shoreline. Our work with fish survivability has involved fish-friendly turbines and fish passage structures like fish ladders and fish-friendly culverts. And we’ve been contracted by various departments of transportation to look at the impact on their infrastructures from climate change. So, most of our sustainability work is involved in softer solutions and how best to accommodate a greener approach from the natural resources side.”

Going forward, Thalken says that Normandeau Associates is always looking at the potential for expansion, both through organic growth, by augmenting the services it provides and expanding into parts of the country where it currently has no presence, as well as by acquisition; but only if it doesn’t place the company’s financial future at risk. “We’re an employee-owned firm, so we’re not driven in the same way that a publicly-traded firm might be to maximize its stock value,” he asserts. “So, I would contend that our growth goals are focused more on the long term to make sure that our growth is deliberate and not distracted by the shiny thing of the moment that, in a few years, may not prove to be a wise way to go. We’ve had some discussions recently with other firms that were interested in being acquired by us because of our emphasis on sound, science-based work. But we’re not interested in being acquired; we like controlling our own destiny.”

WHO: Normandeau Associates
WHAT: An environmental consulting firm.
WHERE: Headquarters in Bedford, New Hampshire
WEBSITE: www.normandeau.com 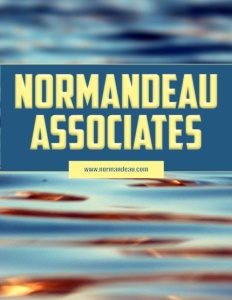