Lebanon, New Hampshire, a city of 13,500, located in the west central part of the state, near the Connecticut River, was first chartered as a town by Colonial Governor Benning Wentworth on July 4, 1761. Among its early setters was the Rev. Eleazar Wheelock, who arrived in 1770, and founded Dartmouth College in nearby Hanover. In the mid-19th century, a mill district developed at the falls on the Mascoma River, a tributary of the Connecticut, which runs through the town. Industries included, at various times, furniture mills, a tannery, several machine shops, a woolen textile mill, and a clothing factory. 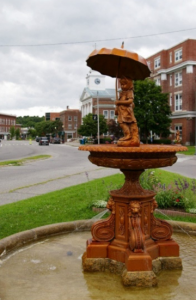 The old mill district began to decline in the 1950s, and a major fire in 1964 destroyed a large number of buildings. They were replaced by “The Mall,” a large shopping center across the way from City Hall and near Colburn Park, the city’s “Green.” Today, Lebanon, which incorporated as a city in 1958, is home to Dartmouth-Hitchcock Medical Center (DHMC) and is an Upper Valley hub of employment. With companies such as Hypertherm, which designs and manufactures advanced plasma, laser, and waterjet cutting systems; Mascoma Corporation, a biofuel company; Timken Aerospace; Fuji Digimatic; and the state’s highest concentration of high tech businesses; a large portion of Upper Valley residents travel to the Lebanon area for work.

“This is also the hub for mass transit in the entire Upper Valley,” says Shaun Mulholland, Lebanon’s new City Manager, who came onboard several months ago. “They all terminate right here. People park in our municipal parking area on the other side of City Hall and they take public transportation to work at the hospital or go to Dartmouth College in next-door Hanover.” According to Mulholland, Lebanon has “arguably, the best public transit system in the state.” In fact, the area’s Advance Transit bus line offers free transportation to the neighboring destinations of West Lebanon, Enfield, Canaan, Hanover, and White River Junction, as well as offering DHMC parking lot shuttles from stops in the outer parking lots to the entrance of the Medical Center.

After arriving in Lebanon, Mulholland had several items on the top of his agenda. One was to carry out the city’s 2014 Downtown Visioning Study and Tunnel Project which, among many other initiatives, is evaluating the structural needs of the tunnel beneath the pedestrian mall and parking area. “We are in the process of creating a TIF (Tax Increment Financing) District to reconstruct our downtown area and allow for additional growth,” he reports. “We have some plans to change traffic patterns and we’ve been adding new restaurants and coffee shops. We’re doing a sewer separation project, so when we’re doing a street for that, we’re actually upgrading the entire street. We have a complete streets policy; we’re building sidewalks if they weren’t there before, and we replace all the water and sewer lines all at the same time. We’re widening roads, also. So there’s a lot of activity that’s begun and will continue as we redevelop the downtown area.”

“On top of that, we’re also adding an Arts District in the same space, which, we suspect, will be a large economic boon to the area,” Mulholland continues. “We have an opera house, which is in the same building as the City Hall; and across the Green we have the Upper Valley Music Center, which is very active. On the other side of the Green, we have the AVA Arts Gallery, which is pretty large. So we already have all types of arts right around our Green. We want to enhance those and we want to put arts along the Mascoma Greenway, which runs behind all of that.”

The Mascoma Greenway is a 2.1-mile pedestrian/bicycle walkway that connects Lebanon and West Lebanon. It runs along a defunct Boston & Maine railway line along the Mascoma River and right through Lebanon’s downtown. While the project originally surfaced as part of Lebanon’s master plan in late 1990s, it wasn’t until 2012 that the New Hampshire Department of Transportation, which owns the railway, entered into a trail use agreement with the city, which has been working on how to complete the project for the past several years. Paving a 12-foot-wide path began last summer, and Lebanon is still working on how to incorporate the old railroad tunnel that goes under Hanover Street and The Mall.  “We’re deciding whether we want to turn it into a parking area, or renovate it as a route for the Greenway, or build a route around that area,” says Mulholland. “That’s at least a $2 million project.” 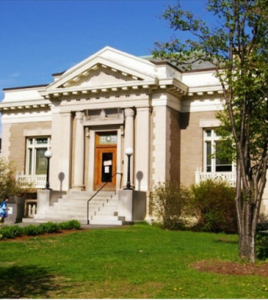 Another one of Mulholland’s mandates was to help make Lebanon’s municipal buildings achieve zero carbon emissions, and two upcoming projects should help realize that goal. One is a landfill gas to energy project, which should be completed by 2019. “That will produce over a megawatt of power, which should be more power than needed in all of our municipal facilities,” Mulholland explains. “We’re going to burn the methane to produce electricity. On top of that, we’re looking at 113 acres at the airport to turn into a solar farm. If not the largest solar project in the state, it will be pretty close to it. We’re just starting the process to get that underway. That will be a huge energy project, and we’re going to be selling green power back to the grid when I get that solar power project up.”

Finally, Mulholland says that he was asked to increase the efficiency of city services. “We’re going paperless by July 2020,” he declares, “and we’ve already started that process – 95 percent of the work will be done without paper here at City Hall and the rest of our buildings.”

Mulholland believes that Lebanon will continue to confront its challenges and opportunities with a forward-thinking approach. “The things that we’re doing with complete streets, walkability, public transportation, the high tech activity that we have going on here – New Hampshire is a very conservative state, but the Upper Valley is a small cluster of very progressive mindsets. For example, we’re the only community looking at municipal aggregation, which is going to have major impact on our businesses and residences in terms of savings in electricity costs. This is a place that people like to be and like to live, and we still have a lot of potential. It’s a thriving community. We’re fortunate we’re not struggling to stay ahead.”

Check out this handpicked feature on Lakewood, Washington – A better lifestyle.

WHERE: The west central part of the state, near the Connecticut River

Dartmouth-Hitchcock (D-H) is a nonprofit academic health system serving communities in northern New England. D-H provides access to more than 1,000 primary care doctors and specialists in almost every area of medicine at Dartmouth-Hitchcock Medical Center; the Norris Cotton Cancer Center, one of only 45 Comprehensive Cancer Centers in the nation; the Children’s Hospital at Dartmouth-Hitchcock; four affiliate hospitals; 24 ambulatory clinics across New Hampshire and Vermont; and through the Visiting Nurse and Hospice for Vermont and New Hampshire. The D-H system trains nearly 400 residents and fellows annually, and performs world-class research. 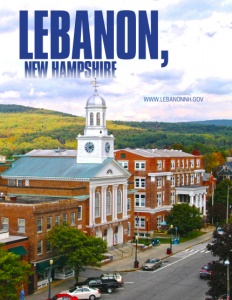