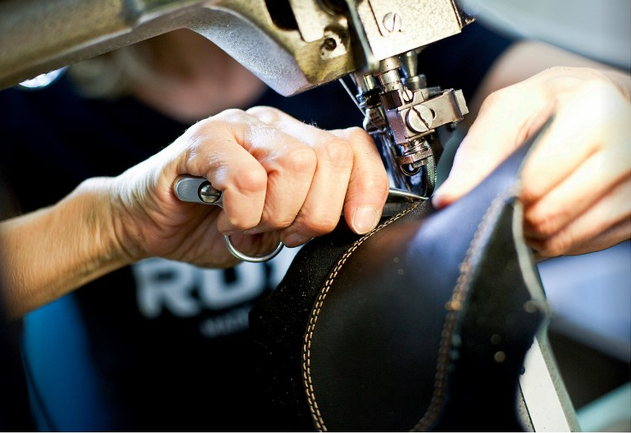 In 1934, in the depths of the Great Depression, in a small village in the Eastern Townships of Quebec, Louis-Phillipe Royer, the town cobbler and barber, was looking for a way to feed his family and get people employed.  “There was a huge shoe-making tradition in New England, so he bought a couple of magazines, and looked at the machinery they had,” says Patrick LeBlond, Executive Director of Business Development and Sales of the company that was to become Royer. “Inspired by the machines they saw in the catalogue, they built their own originals and started making work boots.” 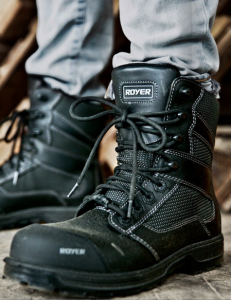 From his home workshop, Royer crafted sturdy boots for those who worked in the fields. “In the beginning, it was a couple of pairs a day, and eventually it grew into a little business,” says LeBlond. So, Royer decided to build a new factory, himself, pouring each concrete block, one by one. When Canada went to war in the early 1940s, and he was unable to procure high-quality leather, Royer learned the chemistry of tanning and opened his own tannery. “If others can do it, so can we,” he was known to have said. His values formed the foundation of what characterizes the company today: innovation, ingenuity, determination and perseverance, discipline and rigor, attention to detail, and respect for work well done.

In 1965, Louis-Philippe’s son, Henri, took over the management of the company. He made several improvements to the manufacturing operation and to the product line, developing a new type of leather that allowed the direct-vulcanization soling process. That was an important step for the company, which then specialized its activity on rubber vulcanization. It was also under Henri’s management that the company started to develop specialty products for different industries with high occupational safety requirements. “The company started making work boots for whoever wanted work boots,” LeBlond explains. “Eventually it got into specific industries. Up here, there is a lot of logging and forestry, lots of mines. You’d get a request from a dealer saying, ‘By the way, locally here, I have this steel plant,’ or ‘this mine,’ and that’s when these products got very industrial.”

Pursuing the family tradition of entrepreneurship and innovation, Louis-Philippe’s grandson, Yves, took over the business in 1986. He incorporated the concept of lean manufacturing to operations, introduced the ISO 9001 quality management system, and pioneered the exclusive XPAN dual-density rubber technology.  Facing the invasion of Asian products, Yves Royer decided to focus the company activities on highly-specialized work boots and shoes for the most extreme work environments on the planet. He was then able to export Royer’s unique expertise all around the world. Today, Royer sells its boots in over twenty countries.

In the early 2000s, Royer began importing some products, and in 2007, in order to remain competitive in an industry that was becoming dominated by foreign manufacturers, the company reassessed its business strategy, and decided to leverage its expertise in highly specialized products to the general-use work boots segment. It designed what it called “The Mother of All Boots” collection and established a strategic alliance to outsource the production of the new line in South-East Asia. The Mother of All Boots quickly became a hit among Canadian workers and is renowned for its outstanding comfort and flexibility.

“In 2012, the company was sold to Simon La Rochelle, the Company’s R&D manager” says LeBlond. “He was in his early 30s when he bought it and his background is in design and innovation; he was the one who did the design of the imported products and really brought it to another level. Right now, we have six full-time people on our innovation team and many new products. We have a new collection that came out over the past two to three years. It’s called ‘AGILITY.’ We do the assembly, the soling, and the finishing in Canada.” The made-in/assembled-in/imported hybrid business strategy allowed the company to maintain its Canadian operations, still manufacturing over 50 percent of its product line from its plant in Lac-Drolet, Quebec.

In 2015, Royer landed its first major contract with the Canadian Armed Forces. LeBlond explains: “The requisites to get the bid were: it has to be the very light; it has to be highly breathable; it has to be quick drying; and very aesthetical. So, we built the boot exactly that way. And to win the bid, it’s not lowest price; you have to check all the technical boxes. Then, you make 200 pairs and send them out to the soldiers. They put them through their routines and they actually vote on which boot they want.”

The company soon took that innovative boot and introduced it into its construction and general purpose, safety footwear line. “Our boots are ones of the lightest in the market,” LeBlond claims. “They’re extremely flexible; they wick moisture; and they dry quickly.” Two key industrial partners are W.L. Gore, the maker of GORE-TEX and CROSSTECH fabrics, and Vibram, the maker of rubber outsoles. “Vibram has an Arctic Grip sole technology that performs exceptionally well on wet ice, and we have customers in multiple industries who want that sole on a boot that is extremely light and flexible. So we’re able to do that.”

The company is also coming out with a brand new women’s collection, this fall, in a market that LeBlond says is underserved in North America. “We have three women ambassadors who use our products – one is in construction, one is in landscaping and hardscaping, and one’s a stuntwoman in Hollywood,” he reports. “We got them to give us what they’re looking for in a boot; they went on their social media, and talked to the people they work with, and gave us more feedback. There’s a woman in our innovation team that had the project from beginning to end. So, the collection is built by women, for women, with the input of women.” 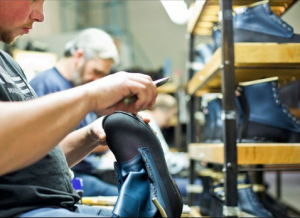 Unlike many businesses, these days, Royer does not sell its products online. “We have a two-pronged approach,” LeBlond emphasizes. “The products are sold through distribution, usually through a specialized safety distributor. Our sales team knocks on the door of the industrial end user. If there’s a mine, a factory, a smelter, a distribution company that has trucks and needs safety footwear, we present the product, we explain to them what we do, and we set up wear tests for some of the employees. The best ambassador of our brand is the boot – as soon as they start testing them, and they ask where they can get them, we back end them into a dealer.”

In early 2019, there will be a brand new, LEED-certified factory opening in Sherbrooke, QC, with the addition of another 20 or more workers. “Our new factory is going to be highly automated and capable of a lot of customization, not just changing the color of the laces, but customization in the actual performance and functional characteristics of the boot, itself,” says LeBlond. “There’s a tendency for the large manufacturers to offshore their material to Asia or Eastern Europe and run it like a fashion industry, like you’re buying shirts or coats. We’re not a fashion company. We’re boot manufacturers. We’re staying within our boot manufacturing DNA to respect the way they’re designed and built and what the end user does with it.”

“The objective is to double sales in three years,” he adds. “In the history of the company, we’ve always been doing with limited capacity. So, now that we have the new factory, we’re good to go. We have the product line, we have the brand, we have strategic partners in Vibram and W.L. Gore that are top-shelf companies, and we’re starting to get known. We’re doing a lot of events and making a lot of noise. We want to become the #1 safety footwear manufacturer in Canada and to disrupt the U.S. and international markets with innovations. You’re going to soon hear about us; we’ll become a known entity.”

WHAT: A manufacturer of work boots and shoes

The Boucher family has been involved in the leather business since 1891 and the current owner, Dominique Boucher, is the fifth generation to pursue his passion for leather. It all started 115 year ago, with a small family tannery in Saint-Pascal, Quebec, Canada. As the industry has evolved to Asian-based manufacturing, the business model has changed to serve the market. The company now offers leather made in South America and Thailand and has sales offices in North America and Asia. 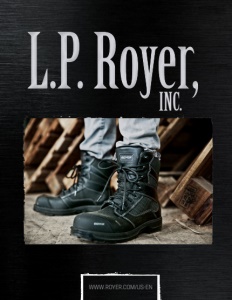