Nanaimo, British Columbia, known as The Harbour City, is a picturesque community of 90,504 along the east coast of Vancouver Island, Canada. The indigenous people of the area, the Snuneymuxw, were the first to make the area’s uneven shoreline, sheltered islands, and sandy beaches their home, subsisting on the food, fresh water, and natural abundance of its bays and forests.

Vancouver Island was first explored by Europeans when Juan de Fuca of Spain sailed north, up the continent’s western coast in 1592. The English, represented by Captain James Cook, first arrived in 1778, as the Spanish continued to explore the island’s inlets, waterways, and eastern coast. Commodore Alejandro Malaspina, an Italian explorer in the service of Spain, led an expedition into the sheltered bays around Nanaimo, British Columbia in 1791 and named them Boca de Winthuysen or Winthuysen Inlet – a name that was used until 1794, when Captain George Vancouver negotiated the final Nootka Convention that gave the British possession of the island.

Nanaimo, British Columbia began as a trading post in the early 19th century. In 1849, the Snuneymuxw Chief, Ki-et-sa-kun (“Coal Tyee”), informed the Hudson’s Bay Company of coal in the area, and Nanaimo became a mining town for the next hundred years. By the 1940s, the mines were shutting down – the last one closed in 1953 – and lumber supplanted coal as the main driver of its economy; the Harmac pulp mill (originally named H.A.R. MacMillan, one of the principals of the forestry company, MacMillan Bloedel) was built east of downtown in 1950, giving the town, once again, a major industrial employer.

But perhaps most important is Nanaimo, British Columbia’s designation as the logistics and transportation hub of Vancouver Island. “We’re serviced by two ferry routes to Vancouver,” McKay explains, “one to the south end and the other to West Vancouver. They carry about five million passengers a year.” “We have an active harbor,” adds Director of Community Development, Dale Lindsay. “A good portion of all the goods coming to the island come through Nanaimo, and as a result, we’ve seen some major investments in the last couple of years in terms of moving those goods.”

One of those recent investments was made by Seaspan Ferries, a North Vancouver-based parent of a group of companies that include shipyards, tugs, barges, and ship-docking services. It delivers more than half of the island’s consumer goods, and in 2017, it opened a new, 18-acre, $44-million ferry freight terminal at Nanaimo’s Duke Point, capable of moving more than 500 trailers a day.

“Another recent development that’s quite exciting is the Nanaimo Port Authority, which is associated with the federal government, and has just announced a large processing facility for European automobiles,” reports Director of Engineering & Public Works, Bill Sims. “Vancouver’s port has become very congested, and so, it’s logistically attractive to bring those automobiles into Nanaimo, process them here, and then ship them over to the mainland.”

“Nanaimo is a harbor city, which is an asset we’ve taken advantage of,” reminds Lindsay. “When this city council first got elected, it adopted a strategic plan, which included an investment in our waterfront. Last year, it adopted a fairly aggressive ten-year plan to see the creation of a 15-kilometer walkway, connecting many parts of our community along the waterfront. Our downtown is right in the edge of our natural harbor, but we have limited portions of the walkway that have been completed in the downtown. The walkway will connect up with the Departure Bay Ferry terminal, which is a major point for ferries coming in from Horseshoe Bay. So, there’ll be benefits in terms of encouraging active transportation, tourism, connecting communities, and bringing people back to the waterfront.”

“We’re also hoping that the proponents of a high-speed passenger ferry service will commence service this summer,” says McKay. “They’re just going through the final environmental reviews in Vancouver for their terminal there – that could easily be a million passengers a year. And I’m hearing rumblings of some other transportation options to Nanaimo, as well. So transportation is one of the big activities we have here.” 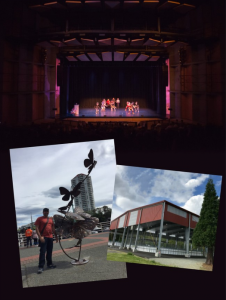 Air travel is another transportation activity that is becoming increasingly important in Nanaimo, British Columbia. “We also have two airports,” McKay continues. “One’s a water-based aerodrome, where we have frequent flights of seaplanes and helicopters running scheduled flights; those carry about 150,000 a year. In 2009, our regional airport went in an aggressive, new direction to improve reliability. They put in a new navigation system, and they’ve increased their reliability up to about 98 percent up-time, with only a two percent down-time due to weather. It used to be when people wanted to make a cross-country trip, they’d go to Vancouver the night before, to make their flight. Now, they don’t have to worry about that. So, our airport, from 2009, has gone from less than 150,000 passengers a year to 358,000 in 2017. And they’re expecting this year, because they’ll now be having direct flights from Nanaimo to Toronto for a six-month period during the summer, we’re going to be going over 400,000.”

Nanaimo is a growing community – its population has been increasing 1.5 to 2 percent a year, over the past decade. “In 2017, there was over $200 million in construction in the community,” states Lindsay. “That’s the fourth year in a row that we were over that $200 million mark.” And with all the economic activity, people are moving to Nanaimo from other parts of Canada. “Last year there were 309 new, single family homes built in the community, which is above our ten-year average of 275 per year,” Lindsay reports. “The community currently has a fairly low vacancy rate – 1.6 percent. We’ve seen a number of projects coming forward for purpose-built rental. It’s been a large component of our applications for the last few years. We have over 500 units that are making their way through the permitting and approvals process. So, we’ve seen some strong investment in multi-family, with particular attention to purpose-built rental, which is something that has not been built here for a number of decades.”

With meager room to expand, Lindsay says that city policy is to promote alternative housing solutions and the infill of its neighborhoods. “We’re specifically looking at infilling in our town centers, such as our downtown, encouraging growth and investment,” he remarks. “In the last few years, we’ve seen a number of transformative projects in terms of multi-family, mid-rise investment in our downtown and our other growth nodes. At this point, there’s no strong push to expand our boundaries, but rather take advantage of the infrastructure that we have available and using it in the most efficient way possible.”

Another item on the city’s agenda is upgrading that infrastructure to catch up to new regulatory requirements while making sure that Nanaimo’s municipal facilities and assets are in their best condition to support community life. For example, in 2016, the city completed its water treatment plant. “It’s a state-of-the-art membrane water treatment plant, only one of two in Canada that uses gravity to filter drinking water,” says Sims. “It has capacity to provide about 125,000 people with fresh drinking water. We have improved the quality of our drinking water significantly with that project. On the wastewater side, Nanaimo, British Columbia is upgrading its wastewater treatment plant, so that will help keep the waters off the coast of Nanaimo clean. Those two projects are in the $180 million range, between the two of them.”

Using gravity as an advantage was in mind in 2014, when the city replaced its open reservoir on Nanaimo Lakes Road. “It had reached the end of its life and could not continue to function as a result of changes in water quality regulations,” Sims notes. “So, we constructed a new enclosed reservoir, including a control building that, as we fill the reservoir, we generate electricity. This uses our drinking water system to generate electricity for sale into the BC Hydro grid. The facility is generating close to $100,000 a year in revenue that helps offset the costs of operating the water system.”

McKay believes that the city’s gravity-fed water system can be expanded to produce even more electricity, as well as more revenue for its coffers. “We can get from our reservoir, which is about 15 miles outside of town, to the north end of Nanaimo, on gravity alone,” he posits. “So why not take advantage of that gravity-fed system if we can, and start building a whole bank of hydro-electricity producing power generating stations all along the line, over a number of years? So, we’ve got a lot of work to do to determine the costs versus the returns to see if we’re ready for that. But you’ve got to look at alternative funding sources; we can’t constantly go to the taxpayer for funding.”

An old and beautiful city, steeped in tradition, today’s Nanaimo offers its residents not only a booming economy and enlightened governance, but a wealth of open and protected green spaces, a rich and diverse culture, many outdoor recreational activities, and a host of modern amenities, as well, providing a lifestyle second to none for living, working, and playing.

Check out this handpicked feature on Brantford Ontario – A Leader in Wastewater Treatment Optimization.

WHERE: On the east coast of Vancouver Island, Canada.

Nanaimo Port Authority – npa.ca The Nanaimo Port Authority administers, controls, and manages the harbour, waters, and foreshore adjacent to Nanaimo, British Columbia. Its vision is to be the Vancouver Island port connecting the island to the world via the Salish Sea, providing the safe and sustainable movement of people and goods while delivering economic growth that benefits Canada, British Columbia, and the Island. 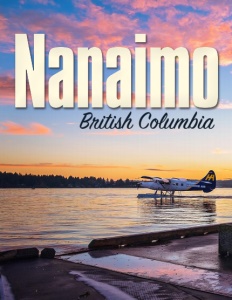