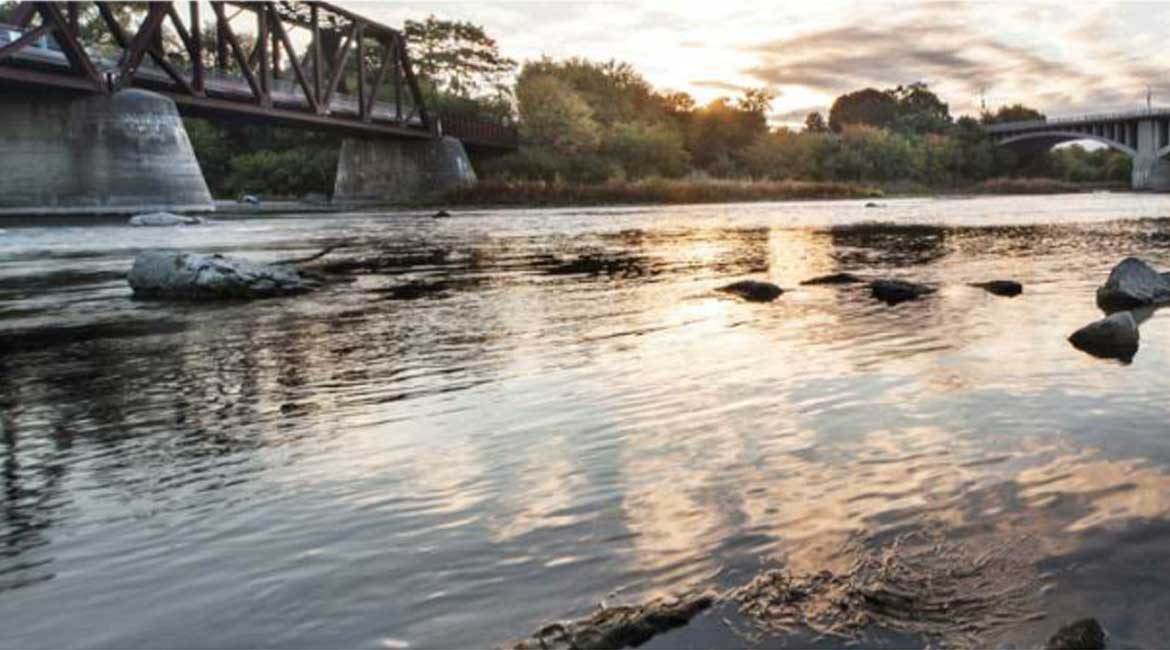 The City of Brantford is a community of 96,000 residents located in the heart of southern Ontario and situated on the picturesque Grand River. With its diverse manufacturing sector and continually growing post-secondary presence, Brantford is transforming itself to meet the challenges of a new economy. Offering metropolitan amenities with a charming small town feel, Brantford is a lively community with a rich industrial legacy and historic neighbourhoods.

The area that became Brantford was first settled by the Attawandarons, a branch of the Iroquois Nation, well before the 17th century. In 1784, Joseph Brant, a Mohawk military and political leader, moved with the Six Nations of the Iroquois Confederacy from New York State to Canada, and as a reward for their loyalty to the British Crown during the American War for Independence, were given a large tract of land on the Grand River.

The original Mohawk settlement was on the south edge of the present-day city, at a location favorable for landing canoes. Brant’s crossing of the river is the origin of the City’s name: Brant’s ford. By 1847, European settlers began to settle further up the river and named their village Brantford. The city was incorporated in 1877. Brantford is sometimes known as the “Telephone City,” because former city resident, Alexander Graham Bell, invented the telephone at his father’s home, the Bell Homestead. In 1876, he conducted the first long-distance telephone call from Brantford to nearby Paris, Ontario.

Selvi Kongara is Brantford’s Director of Environmental Services, responsible, among other things, for the City’s current Wastewater Treatment Optimization program. In Canada, every municipality is required to treat wastewater and remove all pollutants before the cleaned water can be recycled back to streams, rivers, lakes, and oceans. In 2011, the federal government dictated new guidelines for the control of certain pollutants, such as ammonia, in effluent discharge. “What is discharged has an impact on the environment and if ammonia levels are too high, it affects the ecosystem,” Kongara says. “So we were trying to prepare ourselves to further control ammonia in the discharge by improving and optimizing our wastewater operation to get the maximum out of our existing infrastructure and to remove ammonia to more stringent levels without major upgrades to the plant.”

The City deferred some $27.5 million from its capital budget that it planned to use for a major plant upgrade in 2014, and instead, attempted to optimize plant operations and improve the training of its operators. “We found that, even with all the improvements, we were not able to get where we wanted to,” admits Kongara, “and that’s when we figured out that we were receiving discharge from industry that was affecting our plant operations. Wastewater plants are designed to treat domestic wastewater, but if they have higher levels of certain industrial chemicals, then they are not able to treat it effectively.”

In fact, wastewater is treated by bacteria that break down and ingest the pollutants. If the bacteria are healthy, they work effectively. “Sometimes, the industrial process has certain chemicals at much higher concentration which are harmful to the bacteria, and they can’t do their job,” Kongara explains. So, the City had to make a choice: it could either add capacity to the treatment plant in order to effectively control the high-strength wastewater, or it could try to curtail it at its source.

In 2012, Brantford identified 26 companies that were discharging untreated effluent and asked them to monitor their discharge and provide the City with appropriate data. “We used a carrot-and-stick approach,” says Kongara. “We gave incentives to companies to either eliminate certain chemicals from their processes before they discharged, or they could put a treatment process right at their plant – pre-treatment, we call it – before all those chemicals got mixed with the City’s wastewater. We partially waived their over-strength treatment costs for a period if they monitored their operation and came up with a plan that outlined the steps they were intending to take to come into compliance with the by-law limits. If the chemicals are within this limit, our plant will operate efficiently. So, we said that anybody that discharges higher strength than what the by-law allows needed to improve. It didn’t mean zero discharge of wastewater; it meant that the wastewater that was discharged was within the by-law’s limit. The industries all want to be good environmental stewards, but if it costs too much money, it’s difficult for them, so we helped them with the incentive. The by-law provided enforcement actions if compliance wasn’t met. But everyone has been so cooperative that we didn’t have to charge anyone.”

Half of the targeted companies were small – mostly stores and restaurants that discharged oil and grease. Kongara says that they were able to manage their discharge by placing proper interceptors and managing them well. “Within the remaining thirteen, five of them have already addressed their particular issue, and seven of them are in the process of doing so,” she reports. “Every industry has cooperated, and we’re hoping by 2018, that everybody comes into compliance.” The major plants have already addressed their discharge problems, and the City is now working with some medium-sized operations.

“And what we found is that it was really a win-win situation,” Kongara states. “By trying to work on this issue, they found ways to cut down on their water usage. So now they save money on water costs.” In addition, the City was able to take a full third of its treatment capacity offline, because of the reduction in effluent discharge. “The plant saved 30 percent of its biosolids hauling and sludge production costs – approximately $300,000,” she adds. “So, we’re already seeing that the plant is starting to perform better. The other benefit is now that we relieved a certain capacity of the plant because the over-strength wastewater is no longer coming, we can accommodate growth.”

That growth will likely come as a result of a recent boundary adjustment, wherein the City of Brantford received additional land from Brant County. The first area is located north of the current City boundary and totals 4,500 acres. That land will be utilized for industry, residential, and other related uses including schools, parks, and local commercial uses. Another area of 454 acres will be developed for industrial use, and a third area of 1,000 acres will be developed for residential. “That means more industry and more residential wastewater coming in and we’re hoping that some of that can be accommodated with this capacity that we relieved,” Kongara says. “That’s something that we envisioned at the beginning and it’s rewarding to see our plans coming to fruition.”

In taking an unprecedented approach to working closely with its industrial residents, both the City and its businesses became more financially efficient, and the Grand River, into which the City’s treatment plant recycles its treated water is now cleaner – a win-win-win outcome.

WHO: Brantford, Ontario
WHAT: A city of 96,000
WHERE: Southern Ontario on the Grand River
WEBSITE: www.brantford.ca

Hartmann Canada Inc. – Founded in 1917, Hartmann is the world’s leading manufacturer of molded-fiber egg packaging, a market leader in the production of fruit packaging in South America, and one of the world’s largest manufacturers of machinery for producing molded-fiber packaging. Hartmann is headquartered in Gentofte, Denmark. Production takes place at its factories, four of which are located in Europe, one in Israel, four in South America, and one in Brantford, Ontario, Canada. –
www.hartmann-packaging.com 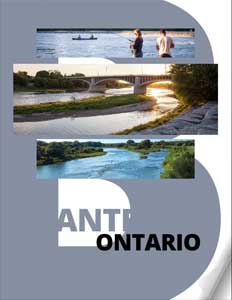