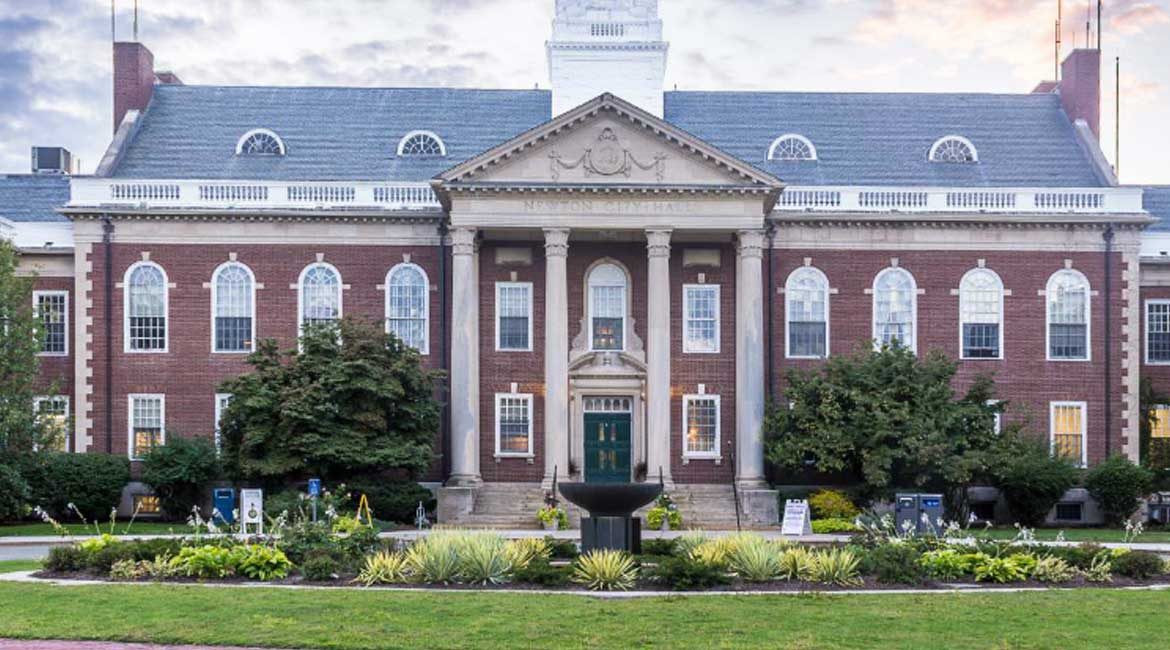 Newton is a suburban city in Middlesex County, Massachusetts, approximately seven miles west of downtown Boston. It was originally settled in 1630, became a town in 1688, and a city in 1873. Known as The Garden City, Newton, with a population of approximately 88,000, has been consistently ranked as one of the best cities to live in the country.

Setti D. Warren, first elected in 2009, is the current mayor of Newton and the first popularly elected African-American mayor in Massachusetts. The following feature was submitted by Mayor Warren and details some of the city’s current programs and initiatives:

“The reductions in budgets that cities and states across the country are seeing are a harsh but useful reminder that leaders need to be creative and data-driven in decision making and policy. Here in Newton, Massachusetts, a city of 88,000 in the Boston suburbs, we have used forward-looking financial planning and disciplined, outcomes-oriented, zero-based budgeting to make investments that improve the quality of life in our city, ensuring that we are meeting the needs of residents, businesses, and visitors today and in the future.

“As the Mayor of Newton, I am proud of the work we have done over the past seven years to ensure that we have a strong financial foundation that allows us to be innovative and invest in our people and infrastructure.

“In 2010, when I took office, the city’s financial outlook was bleak, with a large projected deficit. Since then, my administration has not only reversed this, but we have gone beyond to achieve financial security. We have built up a rainy day fund from a level of zero to $19 million for use in emergencies. We successfully designed and executed a plan to eliminate the city’s unfunded pension liability by 2029 and fully fund the OPEB (Other Post-Employment Benefits) liability by 2042. This forward-looking work and our financial management have earned us triple A bond ratings from both Moody’s Investor Service and Standard and Poor’s. We were able to do all of this by implementing outcomes-based budgeting to optimize funding to improve service delivery to residents and businesses. Every dollar has a purpose, tied to a deliverable that we track with the city’s DataStat program–our performance management system with publicly available data.

“All of the work we have done to turn around the city’s financial standing allows us to make the smart, forward-looking, innovative investments that we need to keep Newton a great place to live, work, and visit, or have a business of any size.

“Newton’s place as one of the Commonwealth’s highest performing school districts is a commendation that we are very proud of. When I was elected, we had crumbling schools that were not up to the 21st century education being provided in our classrooms.

“In 2014, Newton embarked on a plan to build five new elementary schools in six years. We have opened two of those buildings, with the third scheduled to open in fall of 2017 for the new school year. These facilities are not only modern upgrades, but also give our schools the space they need to accommodate our growing student population in certain parts of the city as well as provide children of all backgrounds with the education they need for social-emotional growth and as a foundation for their future careers.

“Our solid financial standing has also allowed us to be innovative in supporting those who need it most.

“In 2016, I brought together representatives of Eversource, ABCD (a local non-profit serving low-income residents in the Boston area), and our city staff to answer a nagging question: how can we assist those who spend too much of their limited income on utilities? The answer was first-of-its kind program that we announced in the fall of 2016 that allows Newton to share the benefits of our solar credits with residents who qualify for utility assistance. About 0.6 MW of solar energy produced through new solar power locations in the city is earmarked for this unique community solar share program.

“Up to 1,200 low-income Newton households will get 5% of their electricity, on average, from the sun, and save about $45 per year on their electricity bills, which, for most is a significant savings — in some cases up to 10% — off their energy bills.

“We have also used innovative solutions to tackle infrastructure challenges.

“Prior to 2010, Newton’s roads and sidewalks had suffered from years of neglect. From day one, we have prioritized fixing roads and sidewalks, doubling the amount of roadwork done each year after the passage of the 2013 override, but starting this year, we are going beyond to hold our roads to a higher standard by tripling our investment in road work.

“Under Department of Public Works Commissioner Jim McGonagle, we have taken an innovative, data-driven approach to assessing the state of our streets and sidewalks using the Streetscan technology so that we can transform them, making them safer, more accessible, and sustainable. Before Streetscan, the city’s data was inconsistent, limited to surface-level assessments based on the appearance of the roads and sidewalks. Now we have a comprehensive set of data on conditions, not only on the surface, but structurally below the surface, where there may be underlying issues.

“We have crafted an accelerated roads plan with the aim of being as accessible and as safe as possible for drivers, pedestrians, and cyclists alike: a 10-year plan to transform and improve the condition of the roads and sidewalks that takes into account other work planned on traffic, water and gas line improvements so that work is strategically coordinated, scheduled, and sequenced citywide in a way that is smart and minimizes disruption for our residents, businesses, and visitors. This will also enable us to make investments in the smartest way possible by giving us the hard data needed to assess and improve our performance.

“Thanks to close cooperation between Public Works and Planning, we are holding the conditions of our roads and sidewalks to a high standard while also making sure they are designed as complete streets that consider different ways of getting around, such as driving, cycling, and walking, and how and where Newton’s traffic moves as well as how our city looks and feels.

“We are focusing on complete streets and congestion to prioritize cyclist, driver, and pedestrian safety in an efficient way that minimizes traffic. This includes outfitting traffic signals with new technology to reduce congestion and improve safety, increasing the efficiency of parking in our villages with smart parking meter technology, making more forms of transportation, such as shuttles and ridesharing, available, affordable, and accessible in Newton and the region, and bringing bike share to Newton.

“One of the first projects that incorporate the road paving plan and a complete streets design is the redevelopment of West Newton Square, one of our most commercial village centers. After a year of community engagement and input, we announced the final plan in December 2016. This project aims to dramatically improve safety in West Newton Square and to enhance the village character, making it a more walkable environment welcoming to the sidewalk traffic that is so important to local businesses.

“The aesthetic improvements will include repaved and widened sidewalks, an updated public square, and new trees planted. The intersections will be reconfigured for safety and signal timing improvements, for traffic flow. There will also be designated and protected bike lanes where there currently are none, encouraging more people to bike and improving safety. Residents, businesses, and visitors will benefit from these improvements in the decades to come.

“Due to the hard work of ensuring the financial stability of our city, we have been able to make investments for our residents today and in the future.”

Sealcoating, Inc., of Braintree, MA, with headquarters some 20 miles southeast of Newton, is a leader in the field of pavement preservation, providing creative and industry-leading solutions for pavement and bridge maintenance needs using the most up-to-date products and equipment.

Dan Patenaude, Sales and Marketing Manager for Sealcoating, is a licensed professional engineer and nationally-recognized speaker on topics related to municipal pavement management. Regarding Mayor Warren’s discussion of road maintenance and improvements, he provided the following addendum:

“Highway infrastructure is the most valuable physical asset of most communities, and Newton is on the leading edge of a national movement toward more proactive maintenance of the public’s roadway system. Historically, many less progressive cities and towns have spent a vast majority of their annual budgets rebuilding the worst roads, and not allocating adequate funding for the preventive maintenance or preservation of roads in fair to good condition. Similar to what happens with some of our largest personal assets such as our homes and cars, neglecting simple maintenance always leads to faster rates of decay and more costly future repairs. Educational initiatives spearheaded by the Federal Highway Administration (FHWA) illustrate how the most efficient transportation agencies have developed more economically and environmentally sustainable pavement management programs with a heavy emphasis on pavement preservation and maintenance. With the city’s recently adopted ‘Accelerated Pavement Management Program’, Newton leaders have a unique opportunity to achieve the optimal balance of reconstruction, rehabilitation, and preventive maintenance type work to substantially improve the city’s roadway condition rating over the coming years, and we’re proud to support their efforts however we can.”

Tufts Health Plan/Medicaid Preferred – A nonprofit organization founded in 1979, Tufts Health Plan is nationally recognized for its commitment to providing innovative, high-quality, health care coverage. The plan offers members and employers an array of health management programs, which support evidence-based approaches to health and wellness. Tufts Health Plan is one of the few health plans in Massachusetts to participate in the commercial, Medicare and Medicaid/subsidized markets, offering coverage across the life span regardless of age or circumstance. – www.tuftshealthplan.com 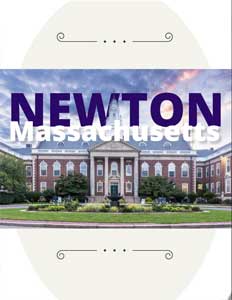