The area known as Covington, Washington hearkens back over 100 years and was originally called Jenkins Prairie. In the 1880s, the Northern Pacific Railroad commissioned surveyor, Richard Covington, to develop a railroad line between Auburn and Kanasket. Along the way, a stop was named for him and the Covington community was born. But not until August 31, 1997, did the City of Covington become an official municipality in the State of Washington. 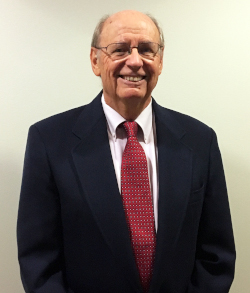 According to Richard Hart, Covington’s Community Development Director, “Our challenges aren’t the same as those in long-established communities; we have different kinds. Being a new city of only 21 years, we don’t have a lot of old historical buildings with structural problems. But prior to its creation as a city, Covington was basically an unincorporated area of King County that lacked development. It was just allowed to develop under the County regulations, and lacked a lot of infrastructure, park facilities, and good transportation connections. Once the community was formed, we inherited that geography and all its inefficiencies.” Covington, Washington was basically comprised of rural subdivisions created over the last 50 years without dedicated greenspace. So, for the past two decades, City Council has worked at trying to establish parks where there were none.

Today, Covington, Washington is deep in the process of dramatic change. One project of major interest is taking place at the intersection of Highway 18 and SE 256th St., where 212 acres of lakefront property are being transformed into the region’s newest, upscale gathering place. LakePointe, a development project by OakPointe Communities, is a celebration of “what the future holds” for the area, anchored by forward-trending retailers, great restaurants, entertainment venues, hospitality, professional, and healthcare services.

Centered around a 20-acre lake, LakePointe offers an indoor/outdoor social focal point that serves as a retail center, urban park, and community gathering place. This outstanding project will include approximately one million square feet of retail, hotel and office space, 1,500 residential homes, and over four million square feet of master-planned lifestyle. A peninsula extending into the lake, featuring retails shops, restaurants, residential homes, and a pavilion park, is the centerpiece of activity, enhanced by trails with naturally landscaped pathways.

Hart describes details of the development. “The LakePointe project is situated on land that was a gravel extraction site for 40 years. Once extraction was complete, the owners decided to sell that property to a developer. Interestingly, where they dug out the gravel, the water table rose to a particular level and created a small lake that this new development will be built around. A lot of the commercial activity will be two-story in nature, and I think it’s going to be one of the largest shopping complexes in south King County.”

Most of the parking for the shopping center will be underground. Vehicles will enter off of Hwy. 18, where the road will dip down with entrances for underground parking. Then the road will rise up and continue out to the southeast to connect to Hwy. 516. Covington City Manager, Regan Bolli, says, “We’re pretty excited about it. The push to really get it going, and the trigger for the initiative, is a $50 million road project – the Covington Connector – linking 204th Street north from Hwy. 516 in the downtown up to the LakePointe urban village and tie into Hwy. 18 that bisects the community. We’re about 60 percent designed and also in property acquisition for that.” 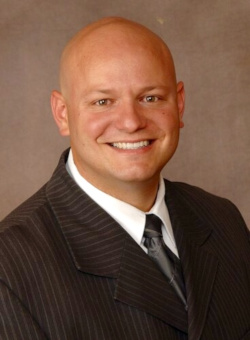 The City received $24 million from the state to help with the road project. Covington, Washington is also doing something that’s only been done once before in Washington State – establishing a Community Facilities District. Located on the LakePointe property, the planned District will help leverage funds, so the City can bond to build public infrastructure; essentially, the road and a hoped-for transit center at the facility. Meanwhile, another major development the Council has been visioning for many years is a Town Center, something the young City of Covington was not built around, unlike traditional older communities.

“We’re working to create a Town Center,” says Bolli, “that would help identify us as a community and give a public cultural gathering spot for our City and the entire region. We’re working with the Kent School District that just moved from the Covington Elementary School in the downtown area into a newly-built facility. We have a Right of First Offer to purchase 8.5 acres from them. We secured $1.2 million in seed money from the state for the purchase, and are working to partner with a private developer to put in a City Hall, a community center, and a large public plaza, anchored by a lot of commercial space.”

Hart adds, “Council felt that we needed a Town Center that was walkable to residences, retail, offices, and medical facilities. So we engaged the community in a planning process that identified new goals and policies to be placed in our comprehensive plan. And then, we rezoned all this area into multi-story, mixed-use development that requires ground floor retail with either residential or office space above. We also put in all kinds of zoning regulations with design standards. Our first project to come under that new zoning was a housing development providing 200 units of affordable housing and 150 units of housing for seniors, right in our downtown.”

Covington, Washington has a 56-bed hospital and emergency room, operated by MultiCare Corporation, which serves the City and the surrounding region. Another healthcare facility, Valley Medical, in partnership with the University of Washington Healthcare System, has an urgent care building close to the site of the Town Center project and is planning an expansion for more medical facilities. Those two healthcare entities provide many jobs and services to Covington and other communities in King County .

Transportation and traffic issues are a major concern in the Puget Sound region, and Covington is no exception. The main thoroughfare heading toward the neighboring city of Maple Valley is a two-lane highway that has an average daily traffic count of about 42,000 vehicles, which creates significant congestion. So, Covington is currently in property acquisition to widen that road for a 1.5 mile stretch. The state contributed $13 million for that project, along with smaller local contributions.

“That large infrastructure project is underway, and just a few weeks ago, we had a ribbon cutting and grand opening of an $8.5 million park,” says Bolli. “City Council has been working tirelessly to secure funds to get Covington Community Park going. Phase one was completed four years ago, and phase two has just been completed, with an outdoor amphitheater, playground facility, tennis courts, parking, and it will incorporate some public art. The park also connects with about a mile and a half of trail system into some open space.”

Covington Mayor, Jeff Wagner, chimes in on the slate of projects that are transforming Covington. “When we worked on the development for LakePointe, and with the Town Center, and all our infrastructure items, and the Community Park, and the MultiCare new medical center, it’s not only been a great partnership with each individual developer, but we got our citizens involved, too. When working with OakPointe for our LakePointe development, we all came together with compromises to make sure we were doing what’s right for the City, our residents, and the five-to-ten-mile radius that property is going to draw from.”

As for sustainability, the Mayor adds, “At our Covington Community Park, we put green living roofs on several of the facilities, incorporated rain gardens, and left many existing trees. It’s been a long time coming. The City, literally, planted seeds 15 years ago to get that park going. And the Town Center, over seven years, has seen a continuous change in what we want to see with this vision.”

Certainly, with all the community support, dedicated partners, and long-term planning efforts, the young City of Covington has a brilliant future ahead!

WHAT: A young city incorporated in 1997

Southeast of Seattle is the growing community of Covington, where 214 acres of lake front property is being transformed into the region’s newest mixed-use upscale lifestyle center planned for up to 1.4 million square feet of retail space and 1,700 residential units. LakePointe is a celebration of what the future holds for the area, anchored by forward trending retailers, great restaurants, entertainment venues, hospitality, professional and healthcare services.

Centered around a 20-acre lake, LakePointe offers the perfect balance between public and private spaces, indoor and outdoor, needs and wants of the people of Covington and the surrounding area. It’s a social focal point that serves as a retail center, urban park and community gathering place; creating a beautiful ebb and flow to daily life. LakePointe will be more than just a place to visit and enjoy…you may even choose to make it the centerpiece of your Live-Work-Play lifestyle and call LakePointe home!

BluIP Inc. – Redefining the future of... 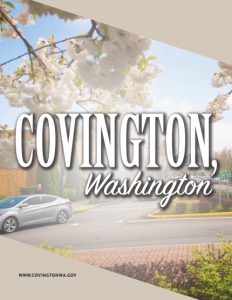