Business View Magazine interviews representatives from Lewes, Delaware, as part of our focus on resiliency of American towns and cities.

As the town that is known as “The First Town in the First State,” Lewes, Delaware, has a long and storied history. Lewes was the site of the first European settlement in Delaware, a whaling and trading post that Dutch settlers founded on June 3, 1631 and named Zwaanendael (Swan Valley). Unfortunately, the colony had a very short existence, as the local tribe of Lenape Native Americans wiped out its 32 members, the following year.

In 1663, a group of Mennonites established a new settlement at Hoernkills, the area around Cape Henlopen, near the current town of Lewes, but their colony was quickly destroyed by British troops, who also attacked and burned down yet another Dutch settlement in 1673. In 1682, the Delaware colonies were given to William Penn by English King Charles II, in payment of a family debt. When Penn arrived in the New World later that year, he renamed the county as Sussex and the Hoernkills settlement as Lewes, in commemoration of sites back in England.

On April 5 and 6, 1813, during the War of 1812, British naval vessels led by HMS Poictiers, under the command of Captain Sir John Beresford, briefly and ineffectually bombarded the town. A cannonball from the bombardment is lodged in the foundation of Cannonball House, which now serves as the town’s maritime museum. Lewes was incorporated by an act of the state assembly on Feb. 2, 1818. In the years leading up to the American Civil War, Lewes became an important stop on the Underground Railroad, where fugitive slaves from the south could find sanctuary.

In 1941, the United States built Fort Miles on Cape Henlopen, immediately south of Lewes, to defend Delaware Bay and the Delaware River, and the oil refineries and factories on its shores, as well as the city of Philadelphia. It was one of the largest and most heavily armed coastal fortifications ever built. Fort Miles never saw any major action; except for range practice, it fired its guns only once between its establishment and the end of World War II. Fort Miles ceased operation altogether in 1991 and was deeded to the State of Delaware. 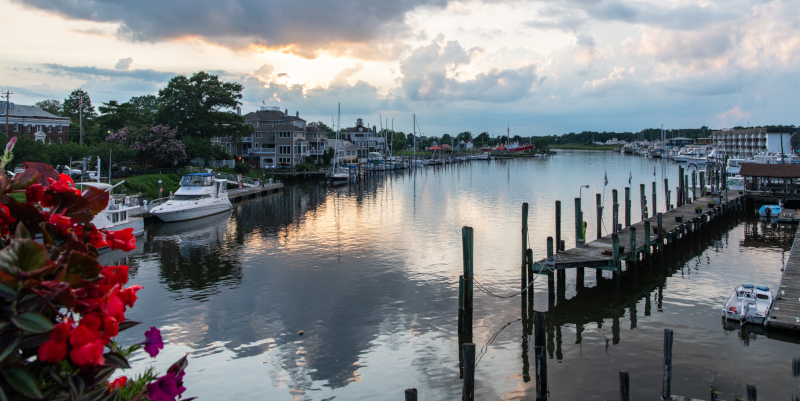 Today, the small city of Lewes, located at the mouth of the Delaware Bay, where it meets the Atlantic Ocean, is home to approximately 3,000 year round residents, made up mostly of retirees and second home owners from the larger metropolitan areas of Baltimore, Washington, Wilmington, and Philadelphia. The population swells during the summer months as tourists flock to enjoy the protected waters of the town’s beach, the 4,000-plus acres of preserved lands in Cape Henlopen State Park, and the many beautiful old buildings in the town’s historic district.

“The town is divided by Lewes and Rehoboth Canal, which connects the Delaware Bay with the Rehoboth Bay,” explains City Manager, Ann Marie Townshend. “The character of the town changes from one side to the other. There’s the beach side, where you have a lot of homes that are within walking distance to the beach; many of those are rentals and become tourist homes during the summer. On the town side of the canal, we have our historic downtown, which is where our central business district is. So, we have a lot of people who come to Lewes for different reasons – sometimes it’s for the shopping or the fabulous restaurants; some people come for the beach; others come for the heritage tourism and the historic preservation side of things.”

“Things are much quieter in the winter,” Townshend adds. “It used to be Memorial Day to Labor Day and then it got real quiet. But we’re finding that the shoulder seasons are expanding. You tend to see a lot of people coming into town through Christmas. The fall is a great time for cycling and walking and you end up having a lot of 5Ks and those types of things. With a very vibrant, central business district, as you come up to Christmas season, you get a lot of people coming to shop, because it’s such a beautiful place with great shops and places to eat. So that keeps people coming, and the Lewes Chamber of Commerce is an active partner with the city in keeping the town bustling throughout the year.” 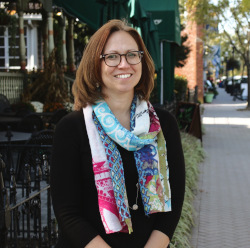 Lewes is also an “amazingly engaged community,” adds Mayor, Ted Becker. “People who have been here care deeply about the community, and people who have come here, whether it was to retire or relocate, have really bought into the community with their time and talent. So, consequently, we are able to offer a quality of life that the city budget could not possibly accomplish. We would not be the town we are without our volunteers.

“We have over 200 volunteers, many who do not even live in the city, but in the surrounding areas, who maintain the public gardens. And, as a result, they have entered, with the city’s endorsement, into the America in Bloom contest for the past several years, and won every category. This year, they opted to enter the Communities in Bloom contest, which is the international contest, and just recently, they won that award, which is quite a tribute to them. We’re also able to support things like a history book festival, which is the only one in the country. We have a classical music concert series that is in its 20th year. Within the last three years, we built a new library that doubled the square footage of our previous library – from 14,000 to 28,000 square feet. So, we have this amazingly engaged community that really makes it what it is.”

Preserving the integrity of Lewes’ historic district, as well as the area’s natural amenities, are important items on the city’s agenda. “Lewes is a very environmentally-minded community,” says Townshend. “We have an active mitigation planning team and through that group, we work on strategies to keep us resilient, given that we are located in an area with storms and sea level rise, which can definitely have an effect on us. And we’ve got a beautiful salt marsh along the north end of town, which is important to the Atlantic Flyway, where the migratory birds move between north and south with the seasons.”

“There is a lot of development pressure in and around the city and we’re surrounded by unincorporated area in the county that is very rapidly suburbanizing,” she continues. “So, in 2016, City Council created a committee to look at how we can encourage landowners to annex property into the city before they develop it. That gives us the opportunity to have a say in how that land is developed. We developed an annexation zone that encourages cluster development to try to preserve some of the open space in the areas adjacent to the wetland and will allow the development to be on smaller lots on more suitable areas of the site. We’re just now starting to get some applications for annexation that are following that process. It will be interesting to see how that plays out, but I think that a lot of what we’ve worked on has been appealing to people in terms of trying to balance the environmental side of things with the fact that we’re in an area that is developing very rapidly.”

Meanwhile, maintaining and upgrading the city’s current infrastructure is also important. “Our sewer, water, and electric are managed by the Lewes Board of Public works, which has a separate charter under the state, and their Board members are separately elected from our Council,” Townshend explains. Some of the major infrastructure projects include a major sewer line replacement in the downtown, a sewer expansion to accept sewage from the neighboring county’s sewer district to be treated in the Lewes plant, and the extension of sewer to a neighborhood annexed into the City that is currently served by on-site septic systems. In this project, the Board is also upgrading the streets to current standards. 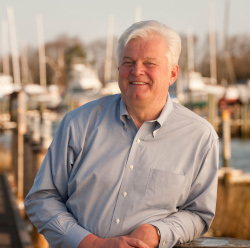 Other projects are aimed at helping to keep Lewes’ citizens and tourists safe as they traverse the town on foot and on wheels. “There are a number of regional, multi-use paths that the state’s Department of Natural Resources and Department of Transportation have built and that continue to be expanded,” Townshend notes. “That ends up linking Lewes with Rehoboth Beach, which is the beach community to the south, on the Atlantic Ocean. A lot of people go back and forth between the two locations on a beautiful day.”

“We have the Savannah Road Bicycle Improvement Project, which is on the beach side of Savannah Road, which is the main road in town,” she continues. “We’re going to shift the travel lanes, narrow them slightly, and improve the bicycle amenities on the shoulders. Also, the state is in the process of removing the rail line as it came through town and ended at the State Park. On the beach side of the canal, they’re going to put in a multi-use path that will connect with some of our bicycle and pedestrian improvements in town. The trail along the abandoned rail line is underway and should be open for use by spring.”

“That’s not major infrastructure, in terms of roads and sewer and water,” Townshend admits, “but it’s very important to the quality of life and being a healthy community. The median age in Lewes is 66-67, but if you went out and looked at our tennis courts or the bike paths, you would see that it’s a very young 66 or 67. It’s a very active community.”

“When I think of Lewes,” says Townshend, in conclusion, “it comes down to the combination of history, natural beauty, and a very active community. They make Lewes very unique.”

WHERE: Where the Delaware Bay meets the Atlantic Ocean

SPI Pharma proudly celebrates the 50th anniversary of our Lewes, Delaware site in March 2019. Lewes manufactures antacid actives for the immediate relief market. It is the only facility in the world that extracts magnesium out of seawater for use in antacid active manufacturing. It is this type of innovation that drives the business. SPI Pharma purchased the antacids business, formerly known as Barcroft™, from Rohne-Poulenc Rorer in 1998. 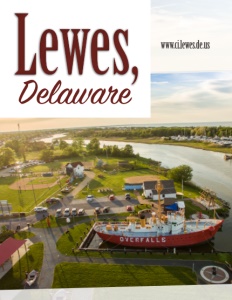