Washington Economic Development Association is “laser-focused” on improving economic well-being and quality of life in Washington State. “If you don’t have a strong economic vitality in your community, you can’t invest in your parks, your education and everything else people care about,” says WEDA Executive Director Suzanne Dale Estey. “I am a big believer that economic and community development are essential.”

“We were set up to develop a team in Washington focused on jobs and economic development and that has really remained our core mission,” says Estey. That mission includes having a presence in state legislature and regulatory arenas. “Advocacy is really our core competency,” Estey adds. “We have a top-notch state lobbyist in Olympia and a legislative agenda that we pull together each year. This year we are calling it our Economic Recovery Legislative Agenda. It has three main buckets – strengthening the economic development ecosystem, fostering catalysts for job recovery and growth, and increasing prosperity for all of Washington. That’s really our drive and passion.” 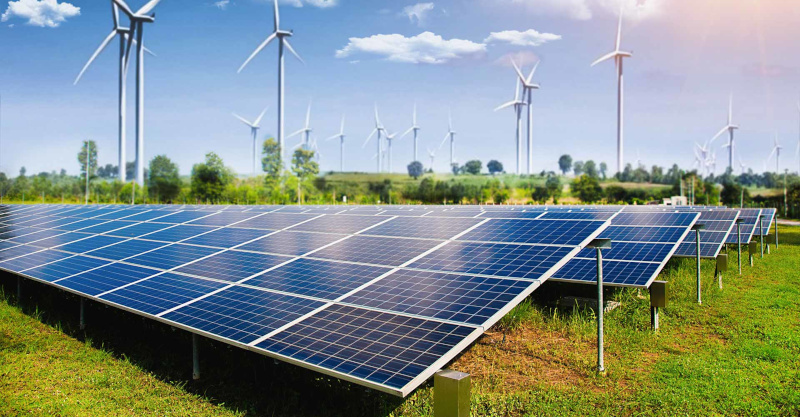 The association also offers training and networking opportunities, including weekly membership meetings and both a winter and summer conference. These opportunities provide a great incentive for WEDA membership. “The strongest reason to join is to have a voice for economic development across Washington,” says Estey. “The professional development benefits are significant. We have really upped our game with these twice-a-year conferences. You have the opportunity to stimulate and educate yourself by being with your peers, but also listening to cutting-edge speakers is really important in a fast-moving world.”

With the pandemic, they have moved their conferences online, and despite that being a large undertaking for a small organization, they managed to host a successful summer summit in July with hundreds of people in attendance. The response from the conference helped shape their legislative agenda for the year, which now includes a deeper focus on small businesses. “I think this current recession and economic crisis has shined light for everyone on what a crucial part small businesses play in our economy,” Estey explains, “and what a core part of the identity of local neighborhood business districts they are. When you start to see your neighborhood restaurants close, it’s just devastating.”

In addition to focusing on small businesses, WEDA has directed its attention to workforce development and education – particularly early learning and childcare. “I think there is a much deeper sense of realization that if we don’t solve the childcare crisis, we can’t recover, at least in an equitable way,” Estey says. “You’ve probably seen the data that about a million people dropped out of the economy in September, and about 862,000 of those were women. If you draw the connection between remote school and trying to work, it’s just not sustainable for most families. And women bear the burden of that disproportionately.”

WEDA is also working on a deeper commitment to inclusive economic development. According to Estey, “We’re still defining what that looks like, but certainly within our own organization, we are making sure that there’s room at the table for diverse perspectives. I think it’s starting to bear out in statewide but also in local and regional economic development strategies. Who is missing out in this economy? And what is our imperative to try to change that? The science of economic development is not inherently inclusive. It’s about deal making and transforming dirt into buildings and recruiting jobs, and so we haven’t always had that more holistic perspective. But I think inclusion is  becoming an economic imperative.”

During weekly membership meetings, members are given direct access to the state’s leadership in economic development. At the height of the COVID recession, they engaged with the senate chair of the economic recovery committee. “What I’m trying to do is really foster this regular cadence of best practices and the opportunity to improve your work by connecting with policymakers and one another,” says Estey.

Ongoing engagement among members brings to light recurring themes when it comes to challenges they face. “First and foremost is capacity,” Estey says of the number one challenge she hears from members. “We are dealing every day – particularly with small businesses, but now aerospace suppliers, those in the tourism and hospitality industries – that they are truly in crisis. They are having to tell employees they’ve had for sometimes generations that they can’t pay them anymore.” 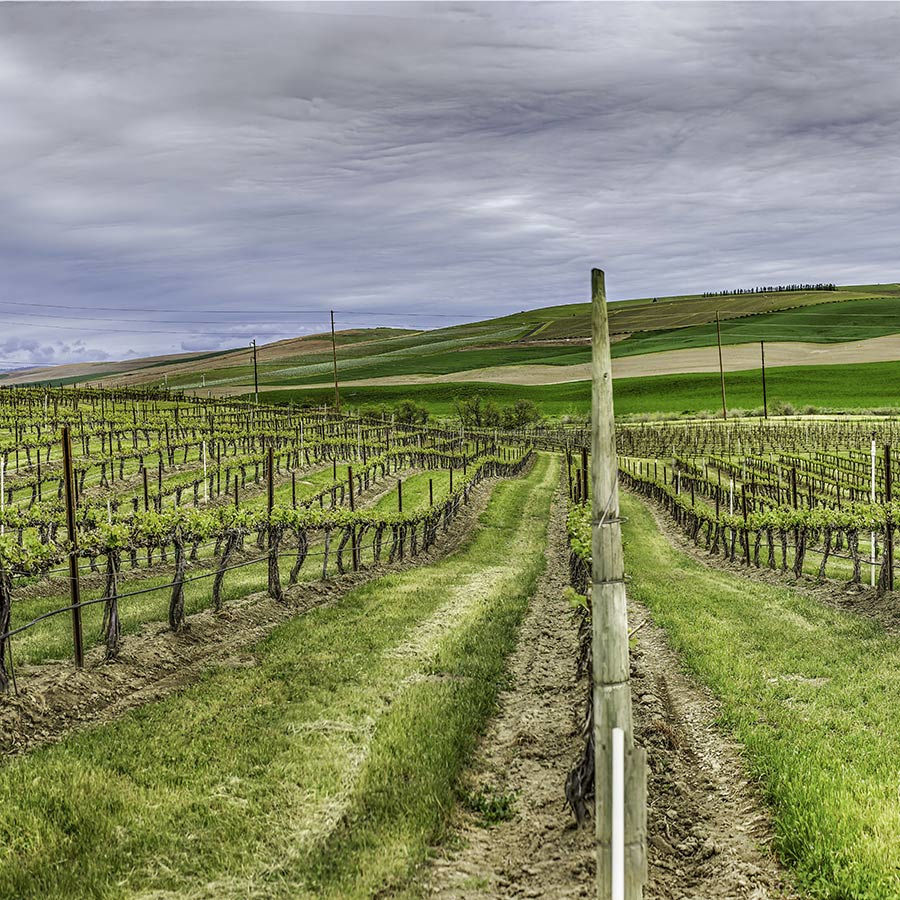 Washington State benefits from significant philanthropy from the many major international companies that reside there. But what Estey refers to as “triage grants” aren’t enough to keep businesses going long term. She reports, “There have been quite a few, and businesses that were savvy were able to pursue multiple different grants. Many companies have provided their own grant programs, including Verizon and Microsoft. But that’s not sustainable, it’s one-time money that comes in an uncertain cash flow.”

The need is for a solution to help companies conduct and sustain their business in new and innovative ways. Estey explains, “A lot of the smaller, consumer-facing businesses, have had to completely reinvent themselves with curbside delivery or creating a website if they didn’t already have one, partnering with new partners, even acquisitions and mergers. So just figuring out how to pivot toward sustainability is job number one with local employers.”

A second challenge is getting infrastructure funding, specifically Tax Increment Financing (TIF). “Washington is one of only two states in the nation that doesn’t have TIF as a tool. We think we’ve got some really good momentum and the bill is being finalized with great meetings with legislators,” Estey says, adding, “Lots of our members are very interested in finally securing this opportunity to capture value and then invest in infrastructure that can catalyze job growth.” Editor’s note: As of this publication, the TIF for Jobs bill has been passed by the Legislature and is under consideration for signature by the Governor.

Working at the state level has been a challenge in itself for WEDA. Heading into the state legislative session, Washington State had a $4 billion deficit and a history of downplaying economic development. Estey admits, “Unfortunately, Washington has been rather complacent in economic development. We have what I sometimes refer to as ‘the luck of the Bills” here with Bill Gates and Bill Boeing. We have had decades of an incredibly diverse economy with even more global brands like Amazon, Costco, and Starbucks on top of those. So we really don’t do a lot of economic development here.”

On top of that, as a result of the previous Great Recession, more than 60 percent of the state’s economic development investment was reduced. “What we are trying to do now, frankly, is recover from the last recession and capitalize on this moment when policy makers are seeing that when you make intentional investments, even a small grant for a small business, it can save jobs. And that the government really can be a player in a public-private strategy to recover and grow jobs. I’m not foreseeing a tidal shift, but I am hopeful that we can continue to recoup those losses and also make some smart new investments – particularly, access to capital for small businesses and infrastructure that catalyzes economic development.”

Looking to the future, Estey says Washington State will continue to thrive thanks to the globally-recognized industry leaders that call it home. She boasts, “This is the home of big ideas. The number of innovative companies that are here is just astounding and one of our strengths is certainly our deep and diverse industry clusters.”

However, the number one challenge they will face moving forward is what will happen with the aerospace industry and how they can hold on to as many Boeing jobs as possible. The company announced in the fall of 2020 that it is moving its 787 production out of Seattle and into South Carolina. “Boeing repeats time and again that they are deeply committed to this state, but it has indeed become a global company with multiple job centers. I think the message is that we are not giving up on aerospace and I know that’s the state’s strategy and the Seattle region’s strategy. There are elements of aerospace beyond the passenger jet. There are multiple kinds of spinoffs and many of the leaders in commercial space are here in the Seattle region.”

But no challenge can take away the major benefit to economic development that Washington State has at its core – quality of life. “You can’t find a more incredible place to live,” Estey shares. “My family can be skiing from our front doorstep in under an hour and go kayaking just down the street. For every month of the year, there’s no more beautiful place in the world.”

What: Only trade association laser-focused on economic development in Washington State

Where: Based in Seattle, Washington