Lakewood is a township of 25 square miles in Ocean County, New Jersey. It was incorporated as a township in 1892, from portions of Brick Township. Portions of Howell Township in Monmouth County were annexed to Lakewood Township in 1929. Lakewood Township is the most populous township in Ocean County; as of 2017, the municipality had a population of approximately 102,682 residents, making it the 5th largest municipality in the state. According to the Star-Ledger, “Lakewood, New Jersey’s fastest-growing town is defined by its diversity. The 54 percent population increase from 2000 to 2010, according to residents and community leaders in Lakewood, was fueled by growth in the Jewish community, the Latino community, and a third group, senior citizens.”

Lakewood Township is also going through a business boom. It is situated near several major roads, including the Garden State Parkway, and is within an hour and a half of New York City, Philadelphia, Atlantic City, and the state capital of Trenton, and only a few miles from beaches, boardwalks, and malls. Thus, its central location in the state, and its access to major roads, has continued to spur on major building projects, touching all aspects of life in the community.

The old Lakewood was a sleepy little town, a well-known resort for the wealthy and a retreat for presidents and the celebrated of a Gilded Age, when, at the turn of the 20th century, it is was one of the New York City region’s winter resorts. This was due to a pocket of climate that was believed to be 3 to 5 degrees warmer than the City. Its Lake Carasaljo and surrounding pine trees made for a picturesque holiday. Grover Cleveland spent the winters of 1891-92 and 1892-93 in a cottage near the Lakewood Hotel, commuting to his business in New York City. Mark Twain also enjoyed vacationing in Lakewood. John D. Rockefeller bought a property in 1902, which later became Ocean County Park. The health benefits of Lakewood enticed George Jay Gould, son of railroad magnate Jay Gould, to build Georgian Court in 1896. The Gould Estate is now Georgian Court University, New Jersey’s second Catholic University. 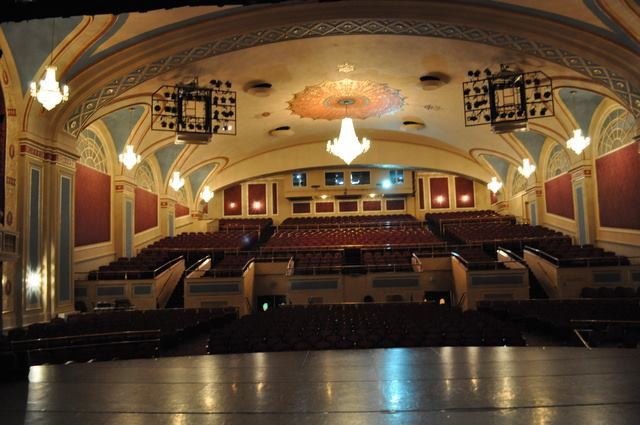 Lakewood’s hotel business remained strong in the 1920s and 1950s, but went into severe decline in the 1960s. By the late 1960’s, the hotels and egg production businesses underpinning Lakewood’s economy were in decline. Many residents worked outside the township, commuting to jobs in New York City and Metropolitan New Jersey. Lakewood’s leaders faced a two-fold challenge: shore up the township’s economy, and give its citizens the chance to work close to home.

An abundance of vacant, unused land inspired the answer: an industrial park to attract business and light industry. Realizing this vision became the job of the Lakewood Industrial Commission, a group of citizen volunteers charged with planning, constructing, and promoting Lakewood’s first 500-acre park and subsequent business parks. Today, Lakewood is alive with economic development and growth. Its industrial parks consist of more than 2,200 acres of land, housing over 350 businesses and providing employment for almost 10,000. Together, the industrial parks comprise the second largest municipal industrial complex in the state.

Portions of Lakewood Township are part of an Urban Enterprise Zone (UEZ), one of 27 zones in the state. The Lakewood Development Corporation (LDC) administers Lakewood’s UEZ program and the Lakewood Foreign Trade Zone (FTZ). Both programs are designed to encourage economic development through the location and/or expansion of businesses to the municipality. The LDC offers business loans and grants to certified UEZ businesses, as well as numerous other business encouragement incentives. In addition to other benefits to encourage employment within the zone, shoppers can take advantage of a sales tax rate at eligible merchants that is half the rate charged statewide.

In April 2001, a $22 million baseball stadium built with UEZ funds, opened with the first game of the Lakewood Blue Claws, a Single-A, minor league affiliate of the Philadelphia Phillies. By April 2003, the Lakewood BlueClaws drew one million people to its stadium, FirstEnergy Park, recording New Jersey’s and the South Atlantic League’s quickest baseball team to reach that mark in the shortest period of time.

The newly-renovated 1,066-seat historic Strand Theater, designed by world-renowned theater architect Thomas Lamb, opened in 1922, and is listed on the New Jersey and National Register of Historic Places. Offering year-round entertainment in plush air-conditioned surroundings, the Strand continues to be a perfect venue to showcase its seasons of comedians, musicals, dinner theater, stars from television and movies, and legendary musical entertainers. A new gallery for dinner-theater-in-the-round, smaller shows, and receptions include a catering facility, dance floor, and handicap-accessible rest rooms. 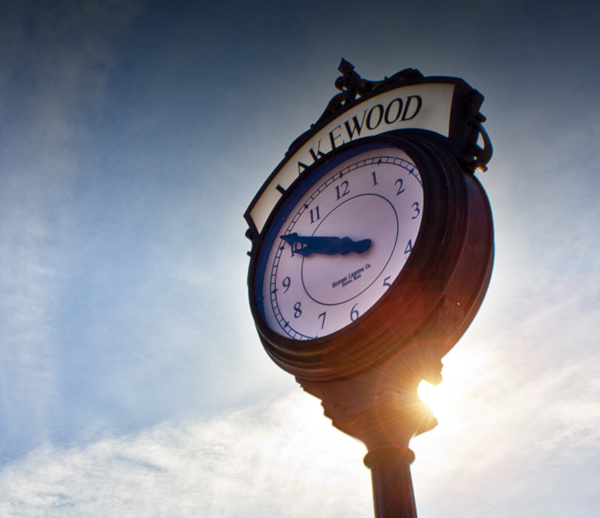 Besides business opportunities, Lakewood abounds in leisure and cultural activities. There are 15 free municipal playgrounds, lakes, a township park, three county parks, two public golf courses, a private golf course, historical sites to visit, and many summer events. Its parks are popular for relaxation, picnics, and recreation of all kinds, from hiking, biking, and fitness trails to volleyball, basketball, tennis, and open playing field for almost every sport.

Ocean County Park, once the 323-acre estate of John D. Rockefeller, has three lakes, including one for swimming and one for fishing. Many recreational activities surround Lake Carasaljo (named for the three daughters of Joseph Brick: Caroline, Sally, and Josephine), including: an exercise trail; a 4.5 mile path for walking, running, and biking; fishing; and picnicking. Row boats and paddle boats can be rented Memorial Day through Labor Day. The All Wars Memorial Amphitheater is the site of many community events and concerts scheduled throughout the summer. Most sites have restrooms and are handicap-accessible.

Lakewood is one of the hubs of Orthodox Judaism and is home to one of the largest yeshivas in the world. The percentage of Jewish people in Lakewood is one of the highest for incorporated areas in the U.S., at an estimated 59 percent. Many Orthodox Jews have been drawn to Lakewood by the prestige of the town’s yeshiva, Beth Medrash Govoha, one of the largest rabbinical colleges in the world. The yeshiva is a post-high-school institution for higher education, where students primarily focus on the study of the Talmud and Jewish law. The yeshiva was founded in 1943 by a Polish-born rabbi, Aaron Kotler. In 1962, when Rabbi Kotler died, the school had 250 students; it now has about 5,000. The wider yeshiva community includes more than a hundred temples, and about 50 schools.

Lakewood looks like a small, scenic town but its 25 square miles and over 100,000 residents encompass everything: large corporations, small businesses, a brand new baseball stadium, a historic theater, all types of leisure and recreation, and even an easy commute to the hustle and bustle of nearby cities. The town offers old-world charm, a hometown feeling, and solid values along with 21st century amenities.