Building relationships for the future

La Vergne, Tennessee has evolved from a small rural community to a bedroom community and is now becoming a thriving urban centre that is constantly adding to its arsenal of programming, quality of life, and amenities and growing its infrastructure to accommodate explosive growth.

Over the last decade La Vergne has added more than 10,000 residents and has grown more, and faster, than any other municipality in middle Tennessee because of its location and the warm community atmosphere. That growth has caused industry to flock to the city’s industrial area and retailers are clamoring for space to provide goods to residents within walking distance of La Vergne’s subdivisions. Although retail is a sector the city needs to improve on, it is working toward building the infrastructure and relationships to welcome those businesses. 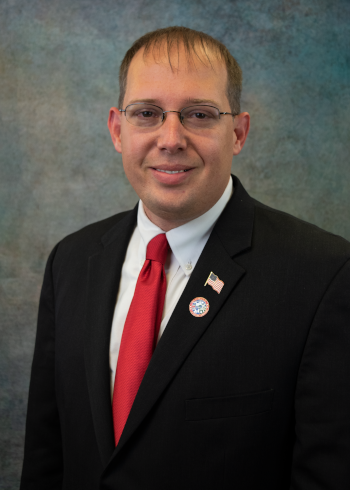 Mayor Jason Cole has worked hard to bring every aspect of the municipality together to help improve the quality of life for residents. He boasts, “We have a good mixture of homes, industry, retail – La Vergne is a just a great community for people outside of Nashville that want to come and enjoy life.”

Located in Rutherford County, La Vergne is only 20 miles southeast of Nashville and directly borders Antioch to the northwest, Smyrna to the southeast, and Percy Priest Lake on the northeast. Interstate 24 and U.S. Routes 41 and 70S run through the community and the Percy Priest Reservoir on the Stones River sits north of the municipality. La Vergne’s proximity to the world’s country music capital, plus its wealth of outdoor recreation opportunities, has boosted the city’s population from just over 32,000 in the 2010 census to more than 42,000 in a special census taken in 2019.

Economic Development Specialist, Thomas Broeker, reports, “The growth that has already happened and the growth we are expecting has caused the city to jump into action. Estimates project that we’ll go as high as 65-70,000 in the next 10-15 years. I would say in the current Nashville region we’re pretty much experiencing explosive growth.”

To help accommodate that growth, Mayor Cole and city aldermen have spent two years developing a new master plan: updating zoning regulations, finishing a major thoroughfare project, completing parks and recreation master plans and have come up with a strategic plan spanning the next 20 years to ensure infrastructure keeps up with growth. Because, as Cole attests, “It’s important for our municipal government to try to pilot this city. We’re land-locked, so our growth is limited to what we already have, and we have to use that wisely.”

Fine tuning the ordinances is something the city has worked hard on to spur the growth. Broeker states, “We know it’s coming, it’s coming all around us. It’s just being part of the Nashville region, but the current and the previous Mayor and aldermen have worked very hard on updating ordinances that are getting us on the same page as other cities and other municipalities around us. While we don’t like to compete, is it obvious that we will compete for residents, industry, and commercial business, so it’s important to plan for the future.”

Water management is a vital infrastructure component. In that regard, Inframark and the City of La Vergne work together to identify improvements to the water treatment facility.  A recent example is the Filter Rehabilitation Project that is scheduled to be completed in the first quarter of 2021. Inframark has a strong relationship with the La Vergne Public Works department to assure water system integrity and the reliability of the city’s valuable assets. 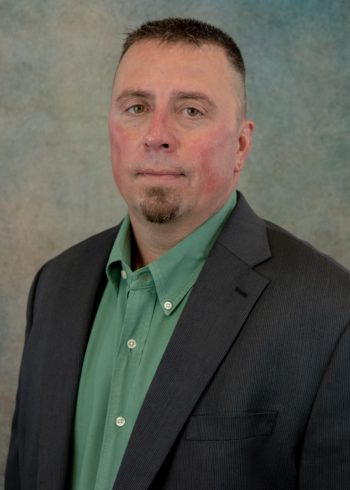 La Vergne is home to the largest subdivision in the state, and possibly the country, Lake Forest Estates. It is adding new homes all the time and creating new subdivisions with townhomes, single family homes, and villas. One development that is already underway is slated for 600 homes on 200 acres. The city was ranked number one by Homes.org for the most affordable place to live in Tennessee in 2020. Broeker reflects, “At one time we might have been a rural community and we might have grown to a bedroom community, but now there are so many more amenities and what we’re trying to do with our vision is make it great for people to come live here, to work here, and pretty much do everything within a very short radius of their home.”

The safety of citizens is uppermost in the minds of city officials. They are in the process of adding two new fire stations to ensure the community is protected. One station will go on Lake Road and the other will be more centrally located. After many years of trying from different administrations, Cole was successful in getting a Federal Emergency Management Agency (FEMA) Hazard Mitigation Grant to construct a tornado safe room in the middle of town next to the seniors’ center. It will be used as a community center while there is no emergency and will have a kitchen, office space, storage space, and more. When the weather does look grim, there is a 1,140 sq ft tornado safe room. The city still needs to be approved for phase two of the project and will have to pay $1.8 million toward its completion, which they estimate could be done as early as the end of 2021.

La Vergne also received a grant from the Randy Boyd Foundation to create a three-acre dog park in the city. There will be two sections separated by a parking lot, one for large dogs and one for small dogs. Broeker notes, “We are also now talking about adding in a memorial for a fallen canine unit dog, Jacques, who was killed in the line of duty here just a few months ago.”

They’ve also secured a $2.6 million grant to help make the community more walkable by adding sidewalks on both sides of their major thoroughfare, Murfreesboro Road, from Davidson County to Smyrna. Also, each intersection with a stoplight will get a crosswalk. The city will have to contribute just over $86,000 to complete the project. Cole explains, “A sizable part of our community walks in different areas depending how close they are, the proximity between their home and the retail, so this will project will facilitate that. Making the city a more walkable area for everybody really helps to establish that cityscape. Considering what were getting, it’s not a huge amount to match… again, it’s a result of partnerships with our state and federal officials to get this done and improve the look and feel for the whole city.”

The city has a large industrial area that houses a diverse array of businesses and is home to Amazon and ICEE headquarters. The state has made Tennessee very business friendly with low taxes and incentives and La Vergne tries to keep that trend alive and well. Broeker reports, “We’re perfectly centrally located in mid-America. You can be to all 48 mainland states in fast order – I’ve heard numbers say 95 percent of the states within 48 hours in a truck.” Local industries employ more than 28,000 workers that either live in La Vergne, or come into the city on a daily basis, and the goal is to encourage more people to live and work in the community.

In the future, the city will continue to focus on attracting more retail to keep people in La Vergne and add to the quality of life for residents. “We are losing millions of dollars by not having that retail,” says Broeker, “and the city has a large demographic that could definitely sustain a wide variety of retail sectors.” They will also put an emphasis on updating infrastructure and emergency services. “Everything in the city is connected,” says Cole. “Retail actually grows our tax revenue and helps the city provide more services, such as better police and fire, better streets, and so on. It all works hand in hand. So, I think that’s one of the big goals.”

What: A growing bedroom community; population 42,000

WASCON, Incorporated was founded by Gerald and Jerry Cravins in 1979 in Livingston, Tennessee with an ambitious mission to supply service to water and wastewater customers located throughout the United States. As the business started growing and the need for service increased locally, WASCON focused only on the cities and utilities in Tennessee and Kentucky. Jerry and Gerald built their business on a foundation of putting the customer first, a mantra that continues to this day. As a result, WASCON has become the standard for water and wastewater service companies not only in Tennessee, but nationwide.

As the business evolved and customers began taking note of who WASCON was and the scope of their capabilities, manufacturers started approaching WASCON to market their products in Tennessee and Kentucky. The first manufacturer they took on was Roots blowers – that was in the mid-1980s. Today, Roots is still being sold and marketed by WASCON, as are several other quality manufacturers.

WASCON is a proud family business, where every customer is treated as family, too. Drawing on three generations of experience, knowledge, and skills development, the WASCON team handles every request with the utmost care and professionalism. All the company’s technicians are well trained and certified to guarantee satisfaction on every project.

Recognized as a preferred provider of water and wastewater equipment sales and service, WASCON offers an extensive range of products and services, from installation and upgrades to maintenance and emergency repairs. WASCON service specialties include:

WASCON continues to call Livingston home, where they employ a dedicated staff in their 10,000+ square foot warehouse, service facility, and sales headquarters. Rest assured, the WASCON team will never cut corners or take shortcuts. Customer satisfaction is their top priority and they are always available to give you the highest quality service for projects big or small.