Municipality of the District of Digby, Nova Scotia

Municipality of the District of Digby, Nova Scotia

The pearl of the Fundy

Business View Magazine interviews representatives of the Municipality of the District of Digby, Nova Scotia for our focus on Sustainability in Canadian Cities.

Edging on the Bay of Fundy, where the highest tides in the world come ashore, the Municipality of the District of Digby, Nova Scotia is blessed with steep cliffs, sandy beaches, and the opportunity to view Nova Scotia’s iconic marine life, including shorebirds, whales, and seals. Along with its natural beauty, the absence of large industrial development over the years has left many historic villages largely unchanged. And residents of still active fishing villages are always happy to welcome visitors and answer questions that inevitably arise. There is no denying, this dynamic, yet peaceful, coastal community is a destination truly befitting the title “Pearl of the Fundy.”

Economic development and building a vibrant and sustainable business community is a top priority for the Municipality of Digby, Nova Scotia. Its location – only two-and-a-half hours by highway to the City of Halifax, and the same amount of time on the Fundy Rose ferry to Saint John, New Brunswick – is a definite plus. Another asset is the Digby Annapolis Regional Airport, Nova Scotia’s highest airport at 499 feet above sea level – small in size and ideal for accommodating light to medium twin-engine aircraft.

Jimmy MacAlpine, Warden of the Municipality of Digby, reports, “One of the biggest projects our community and our area is facing is the $35 million expansion of the Port of Digby in our neighboring Town of Digby. Currently, the Port infrastructure only accommodates 77 boats but there could be 100 boats tied up there at any given time.” It primarily services the needs of the lobster, scallop, and ground fish fisheries, and the occasional Cruise ship. Over time, fishing boats have been built larger, so the port is in dire need of space. They also want to incorporate a laydown area, where they can attract commercial activity and the niche cruise ship industry, which is a rapidly growing sector on the eastern coast of Canada and the U.S. Says Warden MacAlpine, “A lot of work has been done by the Digby Harbour Port Association, with the Municipality of the District of Digby advocating on their behalf, to get the federal government of Canada to invest in the project.” 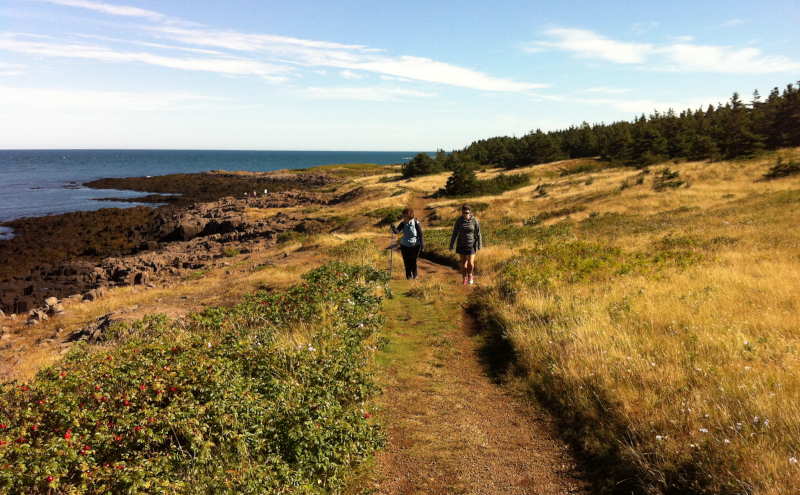 The Port of Digby is the most accessible, deep water, ice-free port on the Bay of Fundy. It’s proximity to Nova Scotia’s designated deployment area for tidal power development makes Digby the port of choice for this emerging industry. A central location for turbine assembly, service, and maintenance is a key requirement for the tidal industry to reach its full potential. The Town of Digby, Nova Scotia and the Municipality have formed an inter-municipal partnership known as the Digby Development Agency. Together, they are proactively exploring ways for the port to further meet the needs of companies needing an ice-free, deep water Nova Scotia staging area for fabrication, manufacturing, and operation of supply facilities.

While the majority of the local tax base is residential, one of the largest employers in the Municipality of Digby is Lewis Mouldings in Weymouth. They operate with a workforce of about 80 and manufacture quality home construction products such as moldings and door jambs from eastern white pine. The company has been in business for many years and is connected with most of the major building supply centers in Atlantic Canada.

According to MacAlpine, “Most of the business sector in this area is either fishery or services the fishing industry. We also have the forestry industry and tourism. You’ll probably find more restaurants in Digby than any other place in Nova Scotia and they’re still building more. We also have a really nice resort called The Pines Hotel – owned by the provincial government but they’re divesting it to the private sector. The new owners will be doing a major retrofit to the property, which also has a beautiful Stanley Thompson Golf Course tied to it. It’s a grand old edifice that was built by CP Rail back in the day when they were constructing large hotels across Canada.”

Dan Harvey, Economic Development Consultant for the Municipality of Digby, Nova Scotia, notes, “What really connects Digby to the world is food. Our seafood processing industry is very important and we have quite a cluster here that is doing really well. The seafood that the Bay of Fundy produces is top quality. The market for our lobster is huge; we sell a lot of it in Asia, as well as Boston. We have thousands of miles of sea coast, making our area ideal for aquaculture. The Bay of Fundy has the highest tides in the world, so there is a constant flushing action; millions of gallons of water every day, and it’s so powerful that it has energy potential in addition to the ability to grow superb quality seafood. Aquaculture has become one of the biggest employers in the whole region. We have some growth projects going on now with strong local companies that will see this industry stay here and grow.”

The mantra of the Municipality is “preserving our past and developing our future.” With that in mind, in recent years, the municipal government, through various renewable energy projects, has diminished the carbon footprint of the district and positioned the Digby area as one of the greenest in Canada. Digby is was recognized as THE greenest municipality in Nova Scotia for several compelling reasons: It has a state-of-the-art water treatment plant that is both wind and solar powered; a network of Electric Vehicle charging stations; and the region features one of the most productive wind turbine arrays in the province. It is a 30-megawatt, Nova Scotia Power wind farm where some of the highest winds were ever recorded in Digby County – between 6.7- and 7-meter quality winds that support that array. In addition, Weymouth Falls has a hydroelectric facility that produces enough power to supply 8,000 homes. 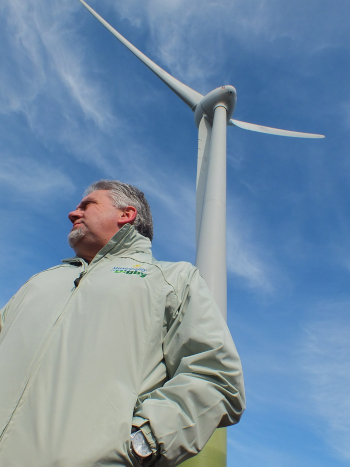 Terry Thibodeau, Renewable Energy and Climate Change Coordinator for the Municipality of Digby, explains, “ Over the last eight years we’ve been working on a myriad of projects including the anaerobic digester and installing wind turbines for the municipality. We converted 859 street lights to LED which will save $1 million in operational costs over 20 years, and the region also provides access to five electric vehicle charging stations. We are in the process, now, of installing five weather stations for climate-related purposes. They will have functions involving barometric pressure and wind speed, and solar sensors, but, more importantly, we’re installing tidal sensors to give us a sense of sea level rise in five areas that are prone to sea level changes and incoming tides and floods and erosion. It’s quite an aggressive opportunity for us to predict the future effects from climate change.”

MacAlpine adds, “With regard to the tidal gauges, the Council felt this was important to do because we have a lot of communities in the municipality that are at risk because of rising sea levels. We’re seeing the impact of climate change – especially in Bear River, where the bottom of the bridge connecting the community is already under water at high tide. So, we have to pull together the evidence to, hopefully, get higher government agencies to make investments here to help mitigate the impact on communities.”

In another nod to sustainability, a PACE (Property Assessed Clean Energy) program was implemented, where the municipality will finance, through residential property taxes, the installation of energy-efficient upgrades to homes, including windows, doors, insulation, heat pumps, and electric thermal storage units.

In terms of services, the Municipality of Digby, Nova Scotia is a great place to live and grow. It has superb recreational facilities, including a municipal arena, a swimming pool, several sports fields, a trail system, and the Digby curling complex. And, a great source of community pride, UNESCO has designated five experiential tourism-related businesses as Champions of the Biosphere.

“One of the unique tourism attractions we have is whale watching,” says Harvey. “There is an area called Digby Neck and Islands that hosts eight whale and seabird watching cruise companies and people come from all over the world for this breathtaking experience. Of course, the natural coastal beauty adds to the ambience. For a small rural community of just over 7,000, we feel we have a lot to offer from a tourism and a business perspective. My job is to work with investors on business development projects, and you’ll find the cost of doing business in Digby County is really low compared to many jurisdictions, not only in Nova Scotia but North America, as well.”

Contrary to popular belief, Digby is not the icy, snow-laden community of Canadian myth. It actually features a temperate climate, with generally more rain than snowfall. The Municipality is safe, progressive, open for business, and a fabulous place to live. As Thibodeau states, “We’re very excited to show the world that small communities can indeed build infrastructure and technology to harvest tidal energy and use it to become greener and reduce our carbon footprint.” Kudos to all!

Who: Municipality of Digby, Nova Scotia