Home of the Buffs

The West Texas A&M Buffaloes is the NCAA Division II, Lone Star Conference football team at West Texas A&M University located in Canyon, Texas, in the state’s panhandle. The school’s first football team was fielded in 1910, and by the 1930s, the Buffs were playing their home games in the on-campus Buffalo Stadium, built by the Works Progress Administration during the Great Depression. In the late 1950s the school acquired some land north of campus and built what became known as the Buffalo Bowl, a 20,000-seat stadium that was renamed the Kimbrough Memorial Stadium in 1971, in honor of the late, West Texas State University football coach and Athletic Director, Frank Kimbrough.

“At the time when it opened in 1959, it was a fairly state-of-the-art stadium,” says the school’s current Athletic Director, Michael McBroom. “One of the unique aspects of the stadium was plugs underneath the bleachers, where people could plug in electric blankets, coffee makers, and things like that, to enjoy a football game in cold weather. We played there for about 60 years. We dropped football in 1990, as a cost-cutting move for the university, and brought it back a year later. But, during that time, the university entered into a 99-year lease with the local school district. We still owned it, but they had the management lease rights to it. They handled all the maintenance and we charged them a dollar a year.” 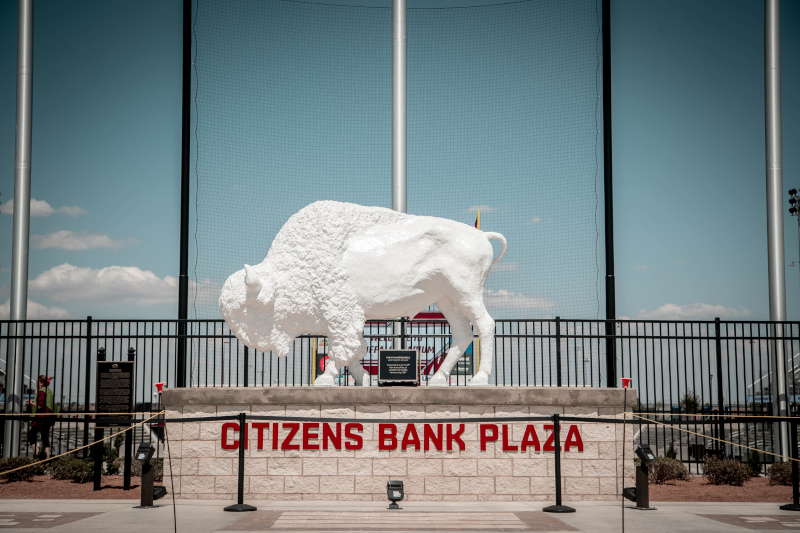 “When we brought back football, we ended up sub-leasing back our own facility from the school district, which worked out fine for us, and for them; they had two high schools that played there, and we had our football team play there, as well,” McBroom continues. “But as time wore on, college football changed. There was an ‘arms race,’ so to speak, for facilities and we were in a stadium that hadn’t kept up to date with some of our peers. Also, we were looking for more revenue and a better experience for fans. So, when I became AD in 2006, we started a discussion about our football options – we could renovate our existing stadium or we could build something new on campus. There were a lot of feelings, this way and that way; some people were fond of Kimbrough and the memories that had been made there, but there was also a certain segment that could see the upside of having football on campus and being able to have 10-15,000 people on campus to see what had changed.

“Finally, about 2015-16, our student government simply said that they wanted a football stadium on campus and put it out for a vote to see it the students would fund it. They came to me and asked if I’d be supportive of that. I said I would be and, long-story-short, the students passed a referendum to fund a new stadium on campus. And here we are in 2019, in a $40 million stadium; the students funded $32 million of it through an increased athletic fee and the Athletics Department raised $8 million through sponsorships, naming rights opportunities, and advertising to fund the difference. And since we opened, it has been better than we ever imagined it would be to have football back on campus.”

The new Buffalo Stadium opened just in time for the 2019 football season. It is located east of the university’s current soccer/track stadium on a north/south axis with easy access to campus. On its west side is a multi-story building that houses concourse-level suites, elevated club seating areas, and a modern press box. There is a grade-level entry to the stadium with bowl seating split into an upper level of pre-engineered metal grandstands and a lower level of cast-in-place concrete surrounding a below-grade, artificial turf playing surface. Turf berms on the north and south ends of the stadium provide space for additional general admission seating and a concourse provides full circulation for patrons around the stadium. A new building provides locker rooms for the home team, visiting teams, and officials. The 8,500 stadium seats were constructed in long arcs along the west and east sides, with an estimated total capacity of 12,000, with overflow berm seating and standing room only space at the concourse level. The stadium offers opportunities for future expansion of up to 14,000 permanent seats. A landscaped entry plaza creates an event area for use on football game days for tailgating and throughout the year for other activities.

McBroom relates that he is most proud of the stadium’s seating design. “We worked diligently with the architect,” he says. “We wanted every fan to feel like they were part of the action. It’s a two-tiered stadium, and we went an angle of degree difference to push a little more vertical, so even in the top row of seats, you feel like you’re on top of the field. Probably, the best compliment people have given me – and it’s come from multiple people – is, ‘I generally prefer to stay at home to watch football on TV, because you get the replays and the close angle views, but sitting at a game is this stadium is better than TV.’ 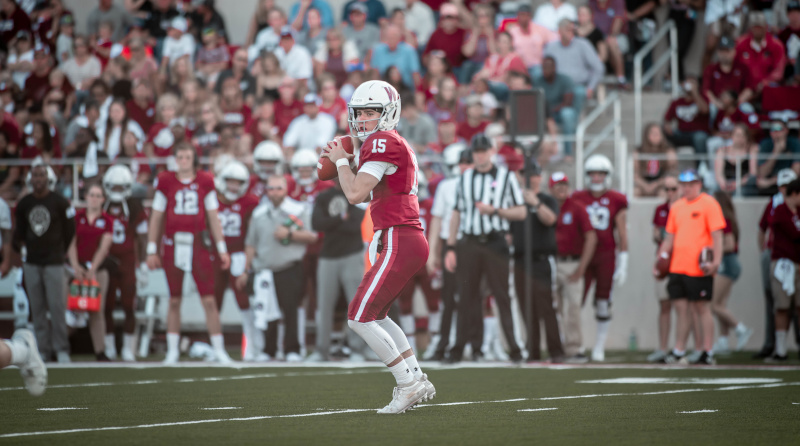 “Also, when the students passed the vote, they said, ‘We just want you to promise us one thing; that we will have the best technology.’ So, we worked with our IT department, and the contractor and architect, to make sure that we had the best available technology in there. So, we have HD ribbon boards, 120 yards down both sides, and we have an HD video board. But most impressive: we’re the first stadium in the country with Wi-Fi 6. It’s an extreme network system; the same system that they use in the Super Bowl and that they’re putting in two NFL stadiums next month. It’s the fastest public Wi-Fi network in the United States. We can have 10,000 people in there, streaming simultaneously, with no buffering.

“We had a sneak preview for the students before we opened the season to experience everything, and to log onto the Wi-Fi network, and tell us what they thought, and of course, they’re blown away by the Wi-Fi. And then, they asked if they could come out to the stadium to study. We laughed about it at the time, but we realized that we could turn it into the world’s biggest study hall. So, we’re actually planning to do that around mid-terms and finals.”

Regarding health and safety, McBroom explains that beneath the field’s artificial turf is a new system designed to minimize the impact of head trauma, and to, hopefully, reduce the number of concussions. “It’s called a Cushdrain system that all the NFL fields have now; it’s about an inch-thick rubber pad that’s underneath the turf that helps absorb some of the G-force impact when a helmet hits the ground.” The turf, itself, helps save the university money, while it’s not saving the health of its users. “All of our fields – baseball, softball, soccer, football, intra-murals – everything is turf,” he adds. “And so, that saves us over $1 million a year in watering, which is big for us. All of these fields drain into the Tierra Blanca Creek, which feeds into one of the local lakes, so from that standpoint, we believe that turf is environmentally friendly, because water is very scarce up here. We get about 19 inches a year, on average, so it’s hard to keep grass fields going.”

When the Buffaloes are not using the field, others are. “There’s not another stadium like this in the upper 26 counties of the Texas panhandle,” McBroom states, “so we’ll be the number-one destination for high school football playoff games. And football conducts summer camps inside the stadium for the community; we have kids coming in from all over the region. In the football off-season, the locker rooms are going to be used for baseball, softball, and track. In the City of Canyon, we may host the annual Fourth of July fireworks and concert – we’d love to do that. We are going to bring in concerts to the stadium through the spring and summer months; we anticipate two to four of those types of shows a year. We have a club and some suites; those get rented out, year round. We already have birthday parties and wedding rehearsals and corporate parties, and things like that, booked in certain parts of the stadium. We’re open to a lot of different and varied ideas, and we’ll entertain any concept; one of the things going around is: can we get a portable ice rink and turn it into a skating rink in the wintertime?”

Even though the stadium is brand new, McBroom reports that upgrades and additions are always being considered. “We have some things that we held off on; that we’re going to see what the market will bear,” he notes. “We have some thoughts about adding a second area for suites because they sold out very quickly, or adding another club level, or an alumni or lettermen’s association. We’ve held some space for future expansion – we just don’t know exactly yet what we want to use that space for. We’ll be talking in the off-season, and it will take a couple of years to do some surveys and figure out some options, but we will be adding and improving as time goes on. If we don’t, we’re going to end up in the same situation we were with the old stadium that wasn’t improved in 60 years.”

Meanwhile, the Buffaloes are off to a great start in their inaugural season in Buffalo Stadium. “We’re five and one, now,” McBroom declares. “If you told me we’d be five and one after six games, I would have said ‘Sold – we’ll take that.’ It’s a tremendous environment for students to play in. And since we’ve moved on campus, through three home games, our student attendance is up 300 percent because they just walk across the street. We start tailgating six hours before the game and it is a great atmosphere for people to come and experience campus. So, it’s all good.”

The Albany Capital Center – Part of...