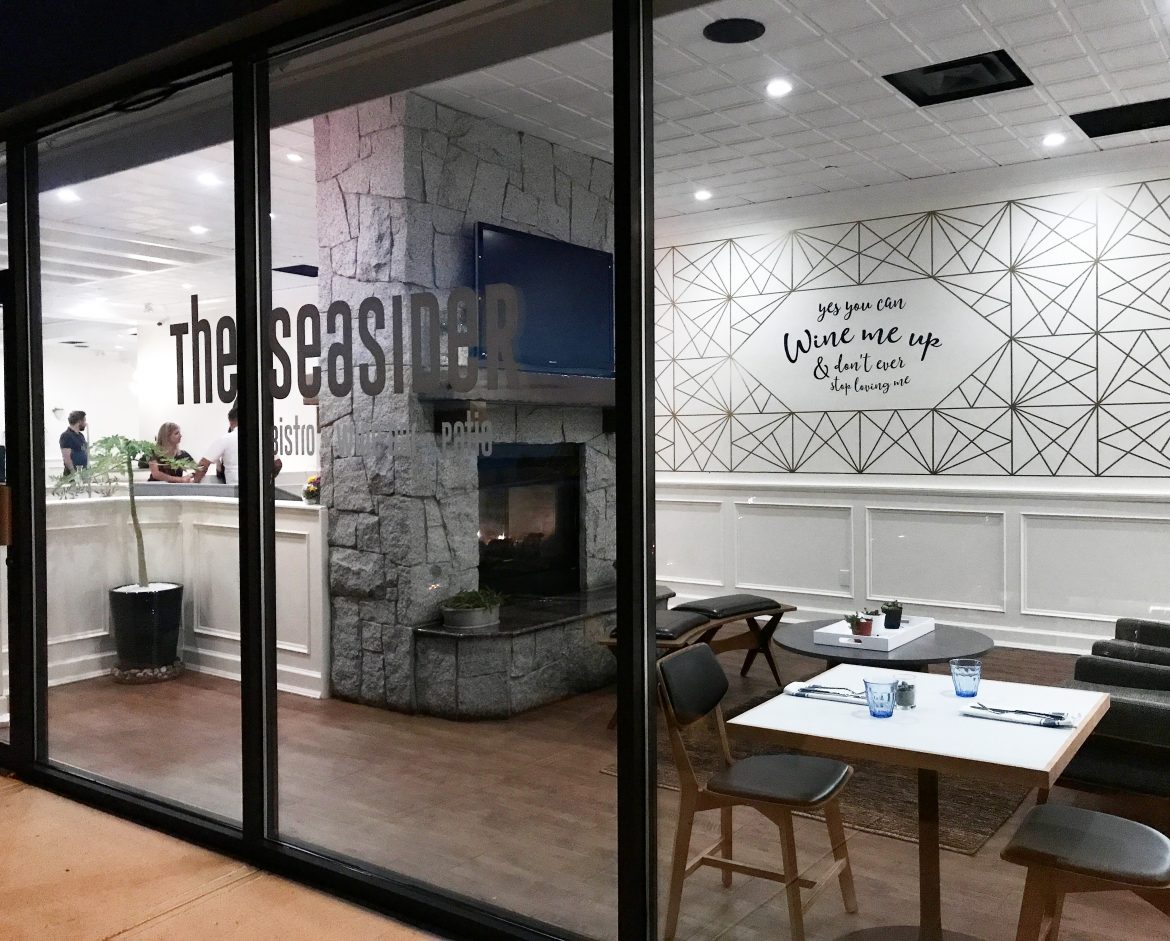 Business View Magazine interviews David Hopkins, President of The Fifteen Group, as part of our focus on best practices in the food services sector.

The most recent studies of the restaurant industry suggest that almost 60 percent of new restaurants fail within their first couple of years. Reasons may include poor choice of location, weak or ineffective leadership, lack of proper focus, and/or underestimating the amount of time and energy it takes to run a successful operation. According to David Hopkins, President of The Fifteen Group, a Canadian-based restaurant consulting company, it’s a common theme in the industry. “There are a lot of chefs who own restaurants, or individuals who own restaurants, who have a lot of passion, they have a lot of drive, they might be able to do all the things right to get people in the door, but then, turning that into money is a whole different thing, which requires a different set of skills,” he states.

So, in 2001, with a background as a controller and financial analyst, Hopkins launched his company. “At the time, I knew a lot of people in the industry and I got asked to help a couple of restaurants that were struggling, turning their revenues into profit,” he continues. “That was the starting point for The Fifteen Group.  I saw this opportunity where it seemed like there were a lot of either independent restaurants in the marketplace, or small, multi-unit companies that were busy but were not making money because they really didn’t know how to run a business. So, we worked initially with various restaurants that had strong revenues to increase their bottom line percentage from anywhere from four to eight percent. For a restaurant that’s doing two to three million in sales, five percent of a profit increase is anywhere from a hundred thousand, upwards, in terms of profit increase.”

Soon, Hopkins began providing bookkeeping services, as well. “Not because I wanted to,” he avers, “but because the first five restaurants I consulted for had horrible books and I’m a very numbers-oriented person. For me, in terms of how we help restaurants make more money, books are a key part of it. I’m a big believer in budgets; I’m a big believer in monthly P&Ls that are accurate, and being able to have measurements in terms of where variances are and how the management team can work to improve those. So, we started getting into bookkeeping about a year after I started the company, somewhat reluctantly, because, unfortunately, bookkeeping is not a huge margin area; it requires a lot of labor and you can’t charge a whole lot for bookkeeping. But we’re now at the point that, companywide, we do the books for around 110, 120 restaurants. Now, it’s a division of its own and it’s a profitable division because of the volume.”

The next evolution of The Fifteen Group came about six years after the company began operations. “We started getting involved in helping people open their restaurants,” Hopkins explains. “That was kind of by default because we kept getting phone calls from people asking us to open restaurants for them. At that time, I’d been involved in opening 12 or 14 restaurants over my career, and my consultants had been involved in opening restaurants. We had a chef come onboard, as well, so we decided that we should get involved in that. Originally, it was just helping people who just needed guidance; we were holding people’s hands through the process because we’d done it many times, and most people that had come to us had not done it before, at all. So, that was our third revenue stream, and that’s grown in terms of what we offer.

“Then we started getting involved in concept development; we started hiring branding people and got involved in branding and graphic design. And now, it’s to the point where we’ll do almost anything – we don’t do interior design and we don’t do construction in-house – but we will do absolutely everything else that’s required. And, in some instances, people will hire us to develop and launch a concept on their behalf. And that’s become a huge part of our business in the sense that, right now, between our Vancouver and Toronto offices, we’re working on 14 openings that are in one stage or another in progress.”

Finally, The Fifteen Group added a fourth service: managing restaurants for their owners. “We don’t actually manage the day-to-day operations, but we oversee the business for them,” Hopkins explains. “So the general manager, or the chef, reports to us and we run that client’s business as if it’s our own. They realized that we could make a lot more profit; we could do a better job of ensuring customer experience – all the things that are important. So, it became a really great opportunity where we could go run their business and, generally, the increased profit from us running the business would completely offset our fee. At the end of the day, they were getting their restaurant run for free, and they could go and do something else. So, that became our fourth revenue stream and that’s gone very well. We run seven or eight restaurants across Canada, now, on behalf of owners.”

In its early years, Hopkins says that the company worked 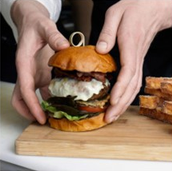 hard trying to find clients. “But, we’re fortunate enough, now, that most people come to us,” he states. “We’re still proactive in the marketplace in terms of social media and, sometimes, we do seminars that lead to business; sometimes, we’ll do trade shows. But, right now, most of our clients find us and it’s usually referral-based. We’re fairly well-known, especially in the Toronto and Vancouver marketplace. And we do get a lot of internet traffic, as well. Certainly, if someone is looking to open a new restaurant and needs a consultant to help, we generally are coming up on top of the list.”

Another competitive advantage that Hopkins points to is The Fifteen Group’s wide portfolio of offerings. “There are other restaurant consulting companies out there, but we are unique in Canada in terms of being a consulting company that offers the whole gamut of services,” he says. “We’ve got a team of 42 people, which is among the best in capabilities and among the broadest in scope. We have a team of eight consultants, three different chefs on staff with a wide range of skill sets in terms of menus they’ve developed, kitchen design capabilities, an entire branding department, and a financial department. And everything is based on financial profitability. If you’re not a hundred percent focused on how every decision you make factors into the profitability of the operation, you’re going to be behind the eight ball from the get-go. And that’s an approach that we’ve taken from day one. We encompass brand, operations, property development, and financial profitability – all these different elements factor into everything we do. And, I think it makes us pretty unique.”

Going forward, Hopkins believes that The Fifteen Group’s 20 percent annual growth rate over the last several years positions the company for expansion. “We know that our continued growth is going to eventually be somewhat limited in Canada,” he admits. “So, we would like to become a North American company, rather than just a Canadian company. Eight or nine years ago, we may have been small compared to some U.S. companies of similar nature, but we’re now definitely of a size and scope that we can compete on that stage. And we’ve had some inquiries from India, from the Middle East, from England, and we haven’t taken them on because we’re far too busy with our own projects in Canada, but that continued growth would be well within what we’re looking for in the future.”

Even though The Fifteen Group began as a one-man operation, Hopkins believes that its current achievements are largely due to the people he has hired over the years. “The biggest thing that I’ve learned, and why we’re successful, is having good people,” he declares. “So, we strive constantly to get the best people. I’ve got a lot of great people on our team that have allowed us to be the best consulting company for our clients, and also allowed us, as a company, to grow better and faster than I would have, otherwise.”

So, when failure is not an option, The Fifteen Group stands ready to help.

WHO: The Fifteen Group
WHAT: A restaurant consulting company
WHERE: Offices in Toronto, Vancouver, Calgary, Halifax and Chicago
WEBSITE: www.thefifteengroup.com 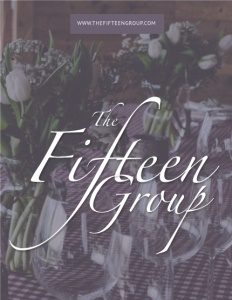