Above photo is a rendering of the recreation center.

Just off Interstate 26, in the picturesque South Carolina Midlands, lies the historic City of Newberry – a cultural icon where the past is revered and preserved, and the present generation is setting the stage for a vibrant, progressive future. Juxtaposing the old with the new, Newberry’s downtown is home to unique shops and eateries, the historic Newberry Opera House, the state-of-the-art Newberry Firehouse Conference Center, and Newberry College – one of the Southeast’s finest private, liberal arts institutions. Newberry’s location midway between the state capital of Columbia, and economic and cultural hub, Greenville, coupled with nearby waterways, forests, golf courses, and the popular Enoree River Vineyards and Winery, offers big city amenities and small town charm to visitors and residents, alike, 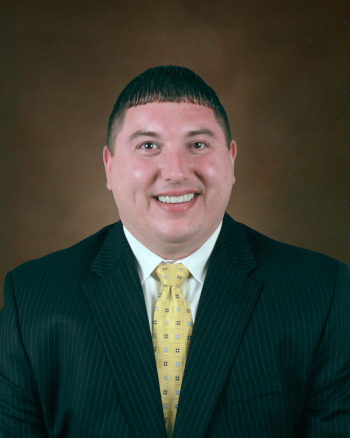 Newberry City Manager, Matt DeWitt, describes a particularly important infrastructure project. “We’re currently building a 3.5 million-gallon water tank adjacent to the Kraft-Heinz turkey processing plant in town. As a city, it allows us to deliver clean water to the plant, along with some onsite storage. The company is the largest employer in the area, and the largest Kraft-Heinz plant in North America. They use about a million gallons per day so, in the event we experience a line break or interruptions in our system, they would have clean water to process turkey and stay in production. Otherwise it would be very costly to Kraft Heinz’s bottom line.”

The cost of the water tank is around $2.65 million, with $500,000 funded from the South Carolina Rural Infrastructure Authority, and about $1 million from Santee Cooper (South Carolina’s state-owned electric and water utility). The city is taking care of the remainder. This water tank doesn’t just benefit one industry – it will allow Newberry to turn the pressure down on its system as a whole, because it’s currently pumping hard all day long to get Kraft a million gallons of water, daily. Reduced pressure on the system will help the city from a cost perspective on the maintenance side. “This savings can then be turned around and used to further other economic development initiatives of the city,” notes DeWitt.

Newberry’s population has hovered between 10,000 and 12,000 for the last 50 years and currently numbers around 10,300. DeWitt notes, “Young families looking to be active and engaged in the community are attracted to recreational opportunities, so we are developing a $6.4 million recreation complex – $4.6 million of that cost comes from a capital project sales tax that’s generated locally; the rest will be picked up by the city. The facility will house a new splash pad/water park facility for our youth. In addition to baseball fields, rectangular all-purpose fields, a walking trail, and a five-acre pond, we’re talking about doing some outdoor classrooms and a nature preserve area, where people can study different types of trees. We’ll have a little cabin onsite with posters/displays of the area’s indigenous animals as an educational piece. We’re hoping to utilize the pond for things like our local firemen fishing rodeos to bring about community awareness. The site has a lot of potential as an educational tool, as well as for recreational activities.”

The recreation center development encompasses 100 acres, with over 80 acres more reserved for future residential development. Another single-family housing development across town is bringing in 84 new units. With Samsung recently locating in Newberry, the city anticipates an influx families looking for homes in the years to come. That means more jobs, not only at the largest Kraft plant in North America, but also at Samsung, which is at half staff right now and will reach a potential of 3,000 employees.

The downtown core is another scene of forward-thinking development. “We’re very proud of the work we’ve done in the downtown district over the last couple of years,” says DeWitt. “We only have a handful of empty storefronts and with very active and engaged downtown merchants. Most businesses are fairly new and progressive, and the Opera House generates a lot of foot traffic. Our downtown is vital to the city’s success. We’ve spent the last eight years investing in our downtown, making it more pedestrian-friendly – simple things like the addition of benches, nice trash cans, pedestrian way-finding, and bike racks. We also did façade improvements. The City of Newberry can’t physically run the businesses, but we can make downtown a cool place to do business. We really feel that these aesthetic-type cleanups have done that. It’s evident in the amount business investment we’ve attracted.” 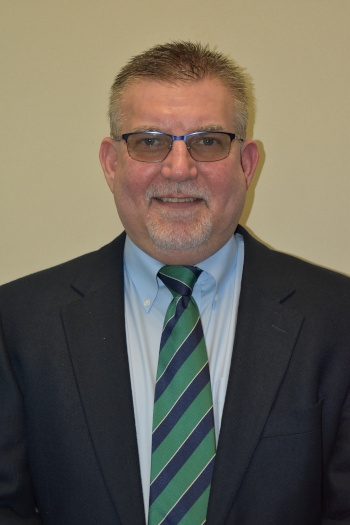 Bookending the downtown are new apartments – eleven on one end, nine on the other, created above storefronts, which will be made available sometime this summer. Investors are also interested in developing the upper floors in other buildings. Newberry Parks, Recreation, and Tourism Director, Scott Sawyer, speaks to another important demographic: “Retirees – they like to have an entertainment element. Along with the Opera House, we have a booming Newberry Arts Center downtown. It’s in the old hotel that’s being renovated to include second floor apartments and meeting space. We also built a tennis center in the last year-and-a-half that’s very popular. We’re making sure to market that for kids, right up to active older people. Our healthcare offerings have gotten much better, too, many things to attract people who are looking to retire.”

Connectivity is a key focus for this growing community. DeWitt reports, “A vital element is the fiber network we’re building. We’ve known for a long time that technology is vitally important to people of all ages in the community. The problem was that the city wasn’t getting enough bandwidth to support folks who might operate their business from home on the internet. So, the last four or five years, we’ve been talking to industry leaders on how best to implement this fiber to the home program, and we’ve been fortunate to partner with a third-party provider who will light the fiber for the city. We’ll build the network, so the system will be owned by the City of Newberry. It will allow us to bring gigabit speed internet to every business and home in the city. It will be subscription-based, but that kind of speed doesn’t exist anywhere around here. now.

“I liken it back to the early 1900s, when Newberry decided to get in the electric business. The industry leaders, at the time, who provided electricity didn’t want to serve the city because we were too small, so we had to get in the electric business and supply our own electricity to our residents. That’s sort of where we are now with fiber. Technology is the electricity of the future, and we approached industry leaders for help to provide high-speed internet to our residents. It didn’t work out, so we found someone who would step in and fill that gap for us. High-speed internet is an expectation now, like water, sewer, and electric, and we’re positioning ourselves to continue to grow and prosper and move forward. It’s an exciting time in the City of Newberry.” 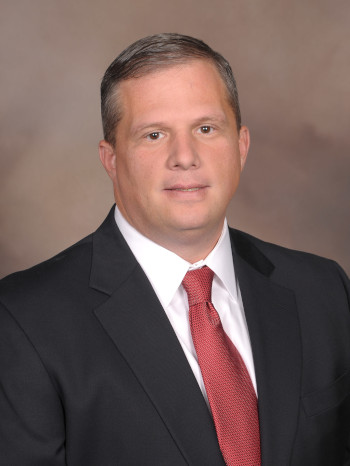 Tim Baker, Newberry Utilities Director, reflects on the city’s innovative “Pay Go” system. “We recently started a pre-payment option for our utility customers, where they can monitor and track their usage to a smart phone,” he explains. “This initiative required the city to make many upfront utility/IT improvements. Customers are given notifications of spikes in usage and when they are getting low in their account. They can recharge it online, or in our office, or pay a small convenience fee and recharge at several other providers including Family Dollar and Dollar General. By pre-paying, at the end of the month, they’re not receiving a bill for $300, if they had a water leak or problem with their HVAC unit, and they can now see those kinds of issues in real time. In every case where we’ve had a customer adopt the program, there has been a reduction in consumption. So, it’s definitely working. Being a college town, it’s convenient for students who may only get paid every two weeks. Maybe they work in the hospitality industry for tips and they prefer to pay $30 every few days on their bill versus one large bill at the end of the month. We currently have about 200 customers signed up and we expect more to roll in soon.”

As City Manager, DeWitt is rightly proud of the work that’s been accomplished so far, and the wealth of opportunities on the horizon. He shares, “Newberry is a liveable community with all the amenities of a much larger town that still provides an air of southern charm and hospitality in that small town environment. For me, I can get everything I need here, without all the hustle and bustle of Columbia, or Greenville, or Charleston. Tim and I are from the low country area of South Carolina. My parents recently moved here and they absolutely love Newberry. We’re a little biased, obviously, but we think it’s a great place. We’re really happy with the progress we’ve made. We were recently named in the Top 50 Charming Small Towns in America by the Travel Channel – the only town in South Carolina on that listing. We’re excited to tout that and have people recognize what we’re doing in our town to make it a better place to live, work, and play.”

Where: Midway between Columbia and Greenville, SC

Founded in 1856, Newberry College is a fully accredited, private, liberal arts college affiliated with the Evangelical Lutheran Church in America. The College is ranked #12 for Best Regional Colleges in the South and #3 for Best Value by U.S. News and World Report.

With enrollment of nearly 1,200 students, Newberry offers an individualized undergraduate learning experience that allows students to have meaningful interactions with their professors. Students put their knowledge into practice through a focused program of internships, simulations and study abroad experiences.

The Newberry Wolves compete in 20 NCAA Division II sports, along with cheerleading and dance. The College also will field its first intercollegiate esports team in the 2019-2020 season.