A dream kind of place

Santee, California is a growing and dynamic suburban city in San Diego County, with a population of about 59,000. Originally known as Cowlestown in the late 1800s, its name was changed to Santee in 1893, after Milton Santee, a realtor and surveyor, married Jennie Cowles after the death of her first husband, George A. Cowles, a local landowner and vintner. It was officially incorporated as a city in 1980, and since that time it has continued to grow and mature. No longer just a bedroom community of homes, Santee now boasts major commercial centers in its downtown, a business community, which employs over 17,000, and significant recreational opportunities. 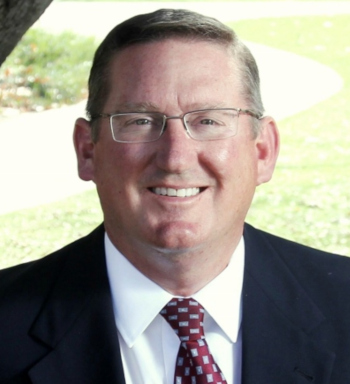 “Santee is located 18 miles from the coast, so it’s ideally situated in California, halfway between the sparkling beaches of La Jolla, and the snow-capped mountains of the Laguna Mountain Range,” says Bill Maertz, the city’s Director of Community Services. “And we have room to grow and develop, which is very rare that close to the coast. The really interesting thing about Santee is that the San Diego River runs right through it, so we have an 1,100-acre linear greenbelt that runs through the city and the general plan for the city since its incorporation has been to emphasize the use of the river, orienting the parks and trails along the river so that people have this greenbelt to use, while we’re also creating this urban core in the heart of the city along the banks of the river.”

A current project in Santee is the redevelopment of Mast Park, an 80-acre park along the river, named after Bill Mast, an early developer in town. “It’s our oldest park,” Maertz notes. “And we’re redeveloping it; completely tearing it down to the studs and rebuilding it.” According to Maertz, improvements to the park will include: the planting of 3,000 native plants, new restrooms, a new pavilion, an upgraded disc golf course, new basketball courts, tripling the amount of family picnic areas, and three new dog parks – one for small dogs, one for big dogs, and one for puppies – and a new concession stand with wooden tables and spaces for outdoor games.

Most of the park’s shade-providing mature sycamore, oak, and cottonwood trees will remain. New landscaping will be planted, featuring a mix of drought-tolerant native plants, dry creek beds, and other greenery, making much of the area reminiscent of a botanical garden. Mast Park’s popular loop trail is being moved away from the river and will be lit for walkers who come when it is dark. There will be additional parking for about two dozen more cars over a bridge leading to the northwest corner of the park.

The park is also being re-graded to create a system of bioswales (open channels planted with vegetation to collect runoff) and vegetated creek beds to capture runoff, reduce flooding, and improve drainage. The city plans to capture and treat stormwater runoff that enters the park from nearby residential uses before it enters the San Diego River. The new stormwater retention basins and channels will require the installation of 12 bridges to connect pedestrian paths throughout the park.

Regarding stormwater runoff in the rest of the city, Maertz reports that since California law requires that all trash from city streets needs to be captured before it goes into a waterway, Santee is adding what is known as a stormwater treatment chamber, or baffle box, to catch trash. “Rather than putting out 600 trash collectors throughout neighborhoods in every little storm drain, we’re capturing it all in one place, and we got a $1.2 million grant to do that,” he states.

Quality-of-life issues are important to local residents who value the abundance of open space and Santee’s recreational opportunities. In addition to the linear greenbelt formed on the banks of the San Diego River, the city’s picturesque setting is further enhanced by the Mission Trails Regional Park, a 7,220-acre, open space reserve that offers a permanent mountain view for the city’s western flank. 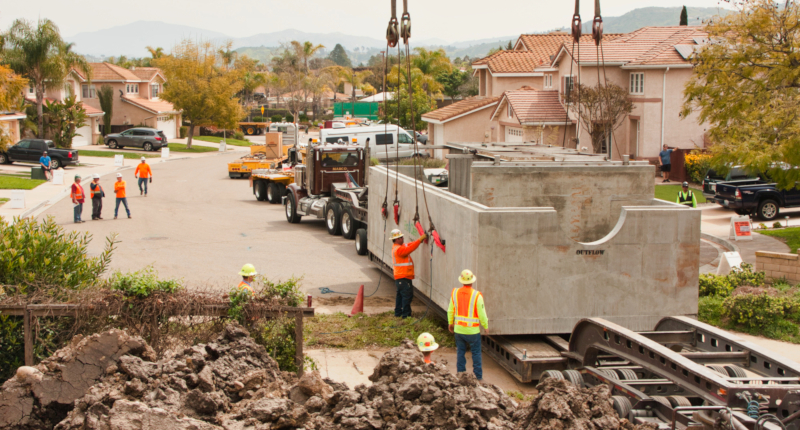 The city’s parks inventory also includes the Santee Sportsplex USA, a 15-acre sports field complex that hosts regional and national softball, baseball, and soccer tournaments, and attracts 475,000 participants and spectators per year. In a bid both to save money and preserve the environment, Maertz reports that the Sportsplex has recently installed giant solar shades in their parking areas to generate the electricity that powers their field lighting. “It’s almost a complete offset for the cost of running their electricity for lights,” he says. “So, it’s a huge win.”

Santee, California is also poised to complete its portion of the cross-county San Diego River Trail, a multi-use path that enhances the city’s walkability and bikeability. The remaining gaps in the city’s riverfront trail, which total less than a mile, are expected to be completed within the next five years. Among the most popular and scenic is the 1-mile-long Walker Preserve Trail, which connects to two miles of additional trails on the city’s eastern border. The city is also working to make it even easier to walk and bike throughout the community. It has promulgated the Active Santee Plan, which will provide a roadmap for safer and more connected places, including new sidewalks, safer intersections, and new bike trails.

Santee, California has nurtured a vibrant local economy by providing for a balance of retail, commercial, and residential uses. Its 700-acre Town Center district forms a downtown core comprised of business parks, high-density residential, and retail businesses that feed off the synergy of the Santee Trolley Square shopping complex and the Metropolitan Transit System trolley station, which allows residents and visitors to commute to Echo Park, downtown San Diego and, soon, to UC California San Diego. Maertz reports that the city is also actively seeking to attract more downtown amenities in order to “create more of an urban feel in our town center. There is a multi-screen movie complex coming in, and we’re looking at hotels, art galleries, and maybe some wine bars,” he adds.

The city recently invested $24 million to upgrade its Prospect Avenue industrial corridor. The corridor is adjacent to Gillespie Field, San Diego County’s largest general aviation airport, which is slated for redevelopment and expansion. Within the corridor and beyond, Santee is emerging as a hotspot for craft breweries. The city recently approved plans for a 112,500-square-foot, Karl Strauss Brewery headquarters facility with brewery operations, tasting room, restaurant, and event center.

And since a quarter of the city is still undeveloped, Maertz says that there are several new master-planned communities on the drawing boards. A new one, Fanita Ranch, comprising roughly 3,000 homes, is currently up for review before the city council. In addition to a range of new homes grouped into several distinct neighborhoods, Fanita Ranch will include approximately 2,000 acres of protected open space, parks and a community farm, plus over 35 miles of recreational trails. There will also be small clusters of community-serving retail, along with sites for a new fire station and a K-8 school. Sustainability is a core focus of the plan for Fanita Ranch, and a small, on-site solar farm will produce power for new homes and businesses. The community will also use cutting edge water re-use and conservation technologies, as well as proven techniques like drought- tolerant landscaping and potential gray water recycling.

“Santee is a growing and dynamic city that has available land, and it’s one of the most desirable places to live in the entire world,” Maertz enthuses. “The weather is spectacular; you’re close to the beaches; you’re close to the mountains; you have all the amenities of a large city, but with a small-town feel. It’s environmental and business-friendly at the same time. It’s a southern California dream kind of place.”