With a population of 15,000, Winkler is the sixth-biggest city in Manitoba and the largest in Pembina Valley. Located about 75 miles southwest of Winnipeg, Winkler is known as southern Manitoba’s center for business, industry, agriculture, and entertainment… and people do love living there, too.

Even though 2020 began negatively, Mayor Martin Harder reports, “The year turned out to be a phenomenal success for Winkler, based on our projects. Many have been in the works for years, like our Highway 32 reconstruction project. It’s been on the ‘want list’ for the last 15 years I’ve been Mayor and finally came to fruition.” The Provincial Trunk Highway 32 (PTH 32) is a provincial primary highway connecting PTH 14 to the Walhalla, North Dakota border. It was just a two-lane roadway with tight accessibility, despite the flow of approximately 18,000 vehicles per day. Previous traffic studies prioritized reconstruction.

Harder explains, “The request was to create a four-lane road with turning lanes and lights to accommodate the community’s growth. We have a different system in Manitoba where the province builds the roads, but when money is short, they ask the city for contributions. That’s where we got involved. PTH 32 is the main route through the city, feeding the industrial, commercial, and residential areas.” 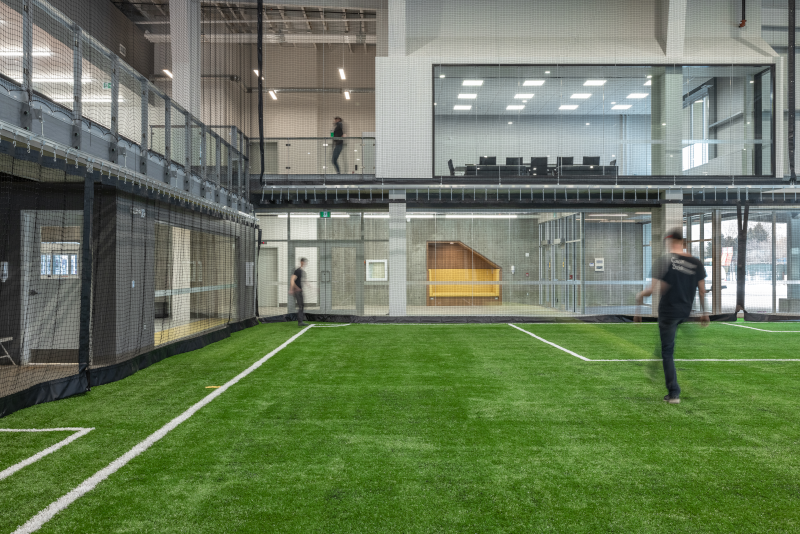 Another key project, years in the making, was the Meridian Exhibition Centre (MEC). Completed in December 2020, it was named after Meridian Manufacturing Inc., which contributed $1.25 million dollars toward its construction. The Winkler Centennial Golf Course (WCGC) also benefitted from generous community donations. The $1.5 million dollars raised built a beautiful new clubhouse with a Mulligans Restaurant & Lounge. Even an inclusive playground was built in the community – funded by the Canadian Tire Jumpstart Charities foundation. According to Harder, “We were the first small Canadian city to receive one; our local Canadian Tire dealer came up with the idea. Construction was to start last March, but along came COVID-19 and the program was cancelled nationwide. The funds were still there, so Jumpstart built it for us after all. By September, the first fully accessible playground was complete and took off like gangbusters. Kids were standing in line waiting for the fencing to come down so they could go in there to play.”

These key projects were achieved through the successful collaboration between the city, local businesses, and the community. Contemplating the past year, Winkler’s City Manager, Jody Penner, believes, “It’s easy to let the coronavirus define what 2020 was; but for us, I think that is definitely not what defined the year. It’s the many completed projects resulting from community partnerships. Looking back at 2020, those projects define our year and the success we have as a community. It’s a partnership with Winkler’s generous citizens.”

With such a booming manufacturing segment, Winkler’s five industrial parks are busier than ever. “We own the land, we develop it, and we sell the lots to new or expanding companies. That’s how we’ve filled the industrial parks,” clarifies Harder. Three years ago, the city introduced a Commercial and Industrial Financial Assistance Program – a tax credit for new or increased general municipal taxes resulting from an addition, renovation, or new build. Businesses are eligible for five years. The city credits 100 percent for year one and the remaining four years are a reduction of 20 percent per year. By year six, the company pays the full tax assessment. In 2020, Winkler rebated $225,000 worth of taxes back to participating businesses. 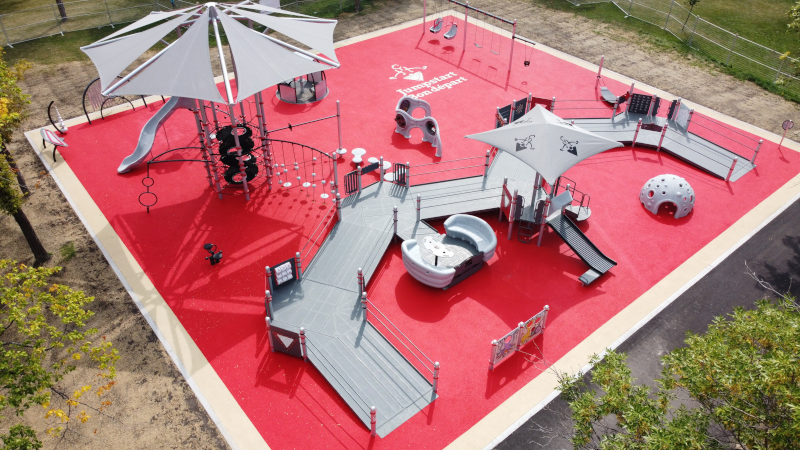 The Support Local Program was another noteworthy business incentive in 2020. Many of Winkler’s small businesses had to temporarily close because of COVID, but “you don’t make any money when you’re closed,” says Harder. “Some of the larger industries came to me asking how they could help. We pooled together some money and through The Winkler District Chamber of Commerce, businesses could apply for these funds.” Larger industries donated over $75,000, with the city and Chamber each matching $50,000 and $25,000, respectively. Ultimately, 22 local mom and pop stores were chosen to receive a portion of the $150,000. Harder shares, “We bought gift certificates between $3,000 and $15,000 from each business. These struggling independent shops got a hand up compliments of the city, Chamber, and their fellow entrepreneurs.”

This supportive spirit highlights the city as a new business incubator. “We have an interesting model in Winkler,” Harder states. “We’re here to create an environment where businesses thrive through our tax rates, services, and expertise. Our community is known as a hub where we build off of each other. We support the individual company already manufacturing something.” He gives the example of Ironmen Industries’ Hot Hand Wash Mobile Sanitation Station, developed at the beginning COVID. It provides warm water in -30 degrees Celsius, using plastic parts, electrics, manufacturing, and steel design. Ironmen credited all the local companies responsible for each component. Penner adds, “In 2018, the Canadian Federation of Independent Business (CFIB) named Winkler the second-best entrepreneurial city in Canada. That ranking was based on the degree that municipalities enable entrepreneurs to grow and prosper.”

Thriving businesses lead to rising populations, which is certainly true for Winkler. Scott Toews, Director of Planning & Engineering, reports that in terms of projected population growth, “Our long-term average is between two and half to three percent. We don’t see that slowing down in our permit numbers. It’s consistent with the amount of new housing we’ve seen. Regarding housing stock, we’re growing very quickly.” Most of the new housing subdivision lots have sold and 2021 is viewed as a big opportunity for even more construction. Although, as Harder admits, “We’re at a bit of a disadvantage because we don’t have old buildings to be re-tooled into mixed-use developments. We have some have mixed-use buildings, but they are new. Downtown we’re fortunate to the have Winkler Co-op, the C. W. Wiebe Medical Centre, and some smaller boutiques; all attract a lot of traffic.”

Toews explains that Winkler’s developments and projects promote green initiatives, noting, “We’re always ensuring we have an environmental lens and everything is in good condition for continued growth. The recent MEC is a perfect example. We constructed it beyond the National Energy Code of Canada’s requirements. Choosing higher efficiency HVAC equipment allowed us to lower our environmental footprint.” Penner adds that the province is built on a renewable energy source, generating almost 100 percent renewable electricity. He acknowledges, “Growth and sustainability are the keys to any community’s survival, including water and wastewater. Despite Manitoba’s many lakes, we’re in a water poor area. We have innovative water projects like naturally recharging our underground aquifer to ensure its long-term sustainability. We’re also waiting for possible funding from the Infrastructure Canada Funding Program to construct a new wastewater treatment facility in the region.”

As a community, Winkler is always looking ahead, focusing on the city’s future. “The Growing Winkler Secondary Plan provides vision and framework for future growth in undeveloped areas,” says Toews. “We must anticipate future development needs. Developers then know the expectations and can quickly handle proposals for our review. The city is also revising its existing zoning by-laws, making them more user-friendly. We’re using plain language so it’s easier for the community to understand and approach us with future development.”

Immediate goals include funding the new wastewater treatment facility and investing for future needs like transportation. “I started off stating 2020 was an exciting year,” recounts Harder. “I can’t imagine how we could have planned better or accomplished more. Maybe COVID gave us the opportunity to complete projects without distraction. It’s the busiest we’ve been. The city’s motto ‘Yes, Winkler!’ is used extensively throughout City Hall. Somebody approaches us with a problem, and we say “yes.” We also consider what can be added to the request to better suit the community. We don’t say “no” often. We say ‘yes’, then we help people get there.”

What: A central hub for commerce and industry; population 15,000­­­

Where: On the western edge of Red River Valley in Southern Manitoba