Township of South Frontenac, Ontario – We’re rural and we like it!

Business View Magazine interviews representatives of Township of South Frontenac, Ontario for our focus on Economic Development in Canadian Communities

There are so many benefits to living a rural lifestyle – the space, the freedom to roam through nature’s grandeur, and a small town to call home where everyone knows your name. On the flip side, there are also many benefits to living in a larger city, where you can enjoy the night life, larger entertainment venues, sporting events, and more job prospects that often pay higher wages. It’s a tough choice, but as more and more people flee the Greater Toronto Area they are moving further east and they’ve discovered that you don’t have to choose at all.

The Township of South Frontenac, Ontario has over 75 lakes, trails and tons of open space to discover, but it’s only a 15 minute drive from Kingston, with all the perks of a vibrant, historic city. South Frontenac’s Chief Administrative Officer Neil Carbone, reports, “The Township’s location gives us an edge not many places have. You get to have your cake and eat it too. You can live the wonderful rural lifestyle with a sense of community, a lot of the rural outdoor amenities, and all the essential services you need, but you’re ideally located next to a small urban centre and right in that triangle of Toronto, Ottawa, Montreal, and even the U.S. border. From a business or commuting attractiveness standpoint, a lot of places will say they are ideally located, but I think South Frontenac truly is.” 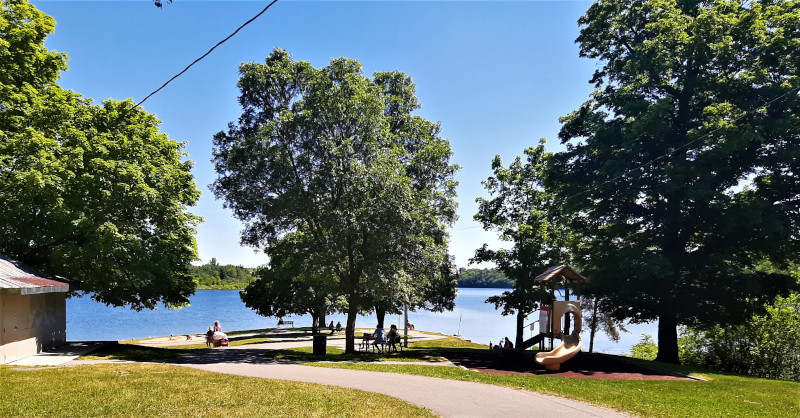 The Township sits in Frontenac County in eastern Ontario and was amalgamated in 1998 from the former townships of Bedford, Loughborough, Portland, and Storrington. It is made up of approximately 13 unique hamlets including the larger villages of Sunbury, Sydenham, Verona, Harrowsmith, Battersea , and Inverary. The current population is 19,000 with an additional 10,000 seasonal residents during the summer months. That population has grown since the COVID-19 pandemic hit in March of 2020 because people had the freedom to leave city and office life behind for a more enjoyable outdoor lifestyle.

The Mayor of South Frontenac, Ron Vandewal, believes that is helping the villages grow, but knows many of the current residents enjoy living there for its commutability. He notes, “We are a very easy commute to a larger city. We’re rural and that’s what people like about it. We’re still, I would say, very community-oriented, we have a lot of things going on in our community on weekends and yet 60 to 70 percent of our population don’t work here, they work in the City of Kingston.”

The Township is expecting a 25 percent increase in the population in the next 25 years. “So if we are roughly 20,000 now,” says Vandewal, “in the next 25 years we’ll see a lot of that growth in and around those hamlets that we mentioned – especially places like Sunbury and Inverary.”

Although it’s a rural community, South Frontenac is not immune to the housing issues that plague the rest of the country. There is a housing shortage and the prices are rising, but they’ve created 200 new construction-ready lots over the past few years, and that does not include about eight parcels that will accommodate subdivisions to help ease the demand. Carbone emphasizes, “The demand and the development pressure is definitely here.”

One of the major challenges for the township is water and wastewater servicing. The only village that runs on municipal water is Sydenham, while the rest of South Frontenac properties rely on private services. Carbone’s plan to deal with that challenge is to create communal servicing plans in partnership with Frontenac County and the other Frontenac Townships, to permit higher density development. He notes, “Due to the limited servicing, the subdivisions in South Frontenac don’t currently resemble those you’d typically see in the GTA; they’re larger rural subdivisions with a minimum of two acre lots – more estate style. So one of the things that we are doing is participating along with the other Frontenac Townships in Frontenac County’s development of a communal servicing model that would make these systems more affordable for developers allowing them to increase the density of housing, make better use of our land, and begin to accommodate some of those real estate pressures and growth demands.”

There are no traditional business parks or industrial parks in the Township and Vandewal believes the community would likely want such development to fit within the context of the community, although there are some property owners who operate small industrial ventures on their property. Agriculture, although still prevalent in the community has changed, cash crops are abundant and there are a few dairy farmers in the Township. But the agricultural sector includes a lot of people trying to homestead and grow their own food on smaller plots of land. They take the excess to one of many local farmers’ markets.

Very good quality education is provided at an abundance of elementary schools and Sydenham High School also accepts students from across the municipality.

With over 75 lakes and three major trail systems, the Township has a lot of tourism year-round, so many businesses cater to that demand. Environmental sustainability is also a key part of the South Frontenac vision to be natural, vibrant and progressive – a rural leader. They are offering grant funding to neighbourhood groups and lake and lane associations to take on water improvement initiatives throughout the lake areas. Carbone says, “It’s very important. We have so many residents that live along our lakes, and residents that use and enjoy our lakes, so they are a big part of the community’s identity.” The Township is also amalgamating two fire halls and building a new one in Sunbury, while adding many energy efficiency measures with the goal of adding a new fire hall every four years. 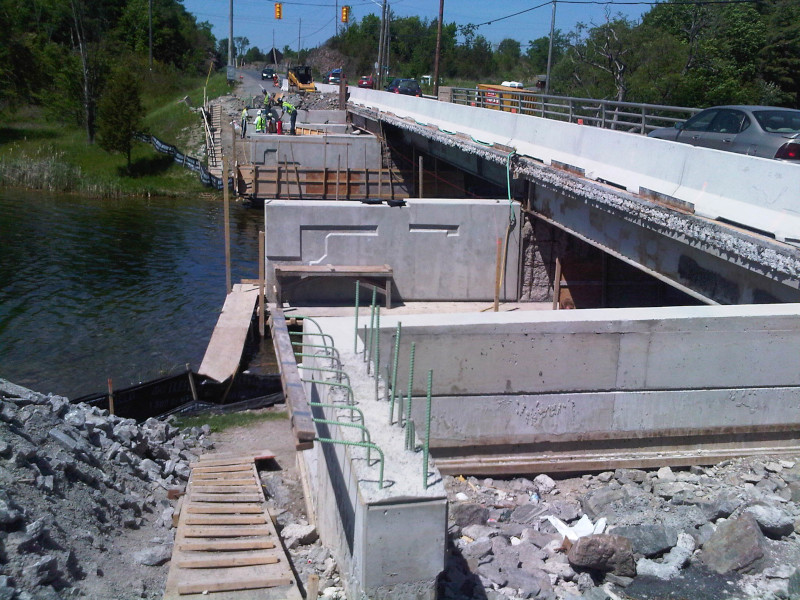 Louise Fragnito, Director of Corporate Services, shares, “We also have a robust asset management plan and have been including a five percent increase annually to our capital levy, to further the road work in the community. These funds are largely dedicated to roads capital, understanding the pressures and that our biggest asset are the roads and bridges within the Township.” Vandewal says they are able to do that because the council is future-minded. “We have a very strong asset management plan, we have no debt, and we also have very strong reserves, so we do plan long term.”

They are currently investing in their recreation facilities with a complete overhaul of the Frontenac Community Arena, jointly owned by South and Central Frontenac, which Carbone boasts, “Looks like a brand new arena on the inside.” They’ve put in $1.4 million in upgrades, resulting in a much safer and more energy efficient community facility. As Vandewal explains, “I don’t want to say we’re lucky, you don’t want to say you’re lucky in a pandemic, however the arena ice plant was near failure at the start of the pandemic, so it was an ideal opportunity to shut it down for a year to make the necessary upgrades.”

The Township is also looking into establishing their own seniors and affordable housing development, which will be funded through some combination of financing and the Township’s own infrastructure reserves. The project is still in its early development stages, but promises to provide much needed housing that will allow local seniors to age in place.

In the next three to five years Carbone is really hoping to finalize the communal services model and to solidify a new official plan to accommodate their projected growth, while Fragnito wants to improve and focus on the asset management plan. As for the Mayor, he says, “We’re trying to improve every day, our council is focused on trying to make sure that, as a municipality, we’re modernizing and trying to do things… better. We’re looking to the future, building capacity, and trying to make sure that current and future residents are satisfied and supported in what they are trying to accomplish. As you can tell, there is a lot going on all the time. We’re working on a lot of things, we’re trying to get ahead of the growth curve, and it’s keeping everyone very busy.”

What: An amalgamated rural municipality; population around 19,000

Since 1957, the firm of G. Tackaberry & Sons Construction Company Limited has been serving Eastern Ontario. We are proud to say we have over 50 pits and quarries throughout Eastern Ontario. Tackaberry’s is able to provide fast, efficient, quality work for Municipal, Commercial and Residential clients. Let Tackaberry’s be the choice for your next project whether it be as large as building and paving a road or as important as delivering a load of stone for your driveway!

The Municipality of Springfield, Manitoba – Embracing...