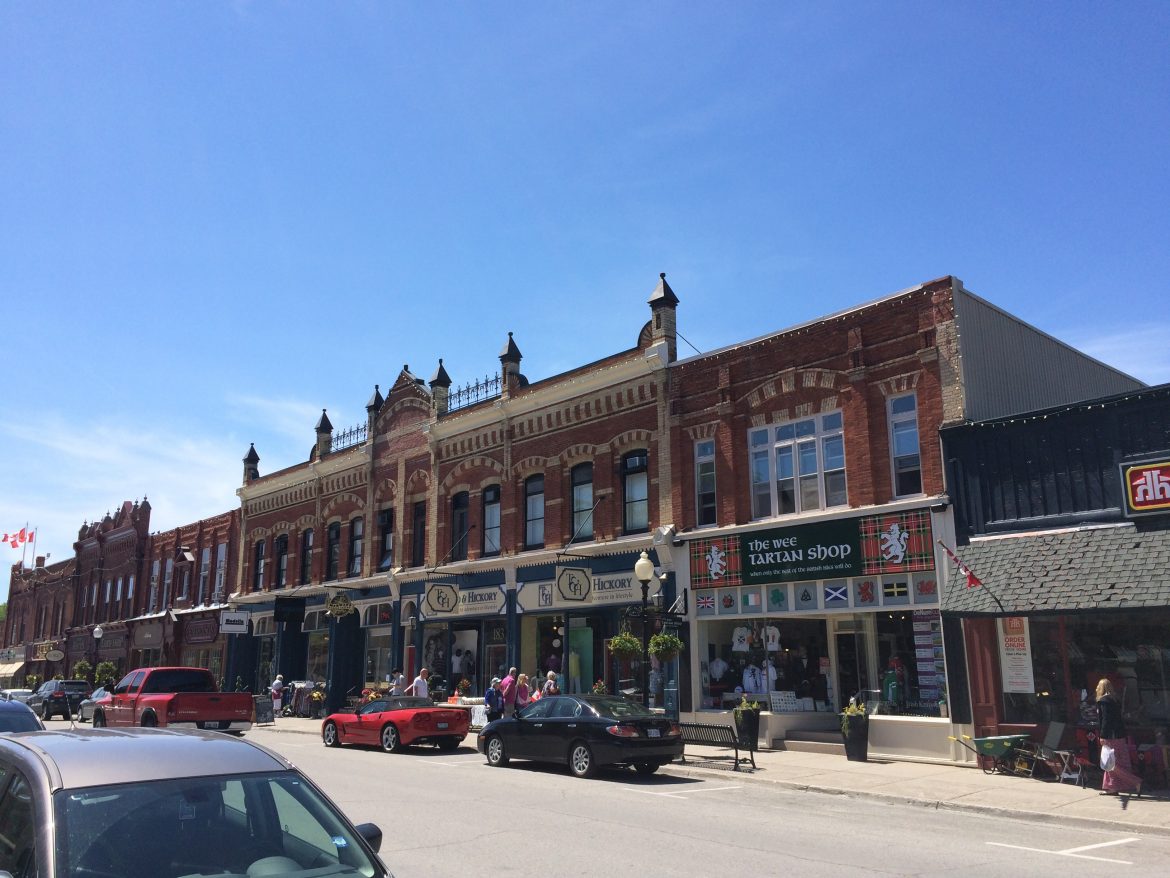 Business View Magazine interviews representatives from Scugog, Ontario, as part of our series on best practices of Canadian towns and cities.

Scugog is a Township in the Regional Municipality of Durham, in south-central Ontario, Canada. It is located approximately 54 miles northeast of Toronto, has 22,500 residents and is part of the GTA (Greater Toronto Area). The name Scugog most likely derived from the Mississauga word sigaog, which means either swampy or marshy land, or “waves leap over the canoe.” Either way, the original Scugog Township was, in fact, an island. It was created in 1856, when William Purdy and his sons dammed the Scugog River at Lindsay to power their grist mill. The rising waters separated Scugog Island from its neighbors, Reach and Cartwright. The current Township of Scugog was created in 1974, through the amalgamation of the original Townships of Scugog, Reach, and Cartwright, and the Town of Port Perry, today, its major urban and population hub.

According to Mayor Tom Rowett, today, Scugog is on the cusp of a major growth spurt, or “mini-boom,” that will increase the town’s population significantly. “We recently had an expansion to our water pollution control plant – our sewage plant that’s operated by the region,” he explains. “This past June was the official opening, and it has opened up the door so that we can now have residential development within the urban town proper of Port Perry, where we haven’t had any significant growth for over a decade – almost 14 years.”

“To be a municipality within the GTA, and not have the ability to grow your residential base is very difficult, considering the housing boom that’s happening all around us,” Rowett continues. “So, we’re very excited to finally have the access, and ability, to have some infilling and intensification happening within our boundaries, with much needed tax assessments to take the pressure off the existing tax base, while also attracting more commercial and industrial tax base by having extra capacity. Over the next five years, we’re going to have a mini-boom, and there’s going to be lot of things happening with permitting, and sub-division approvals, etc., that we haven’t had the luxury of having over the last many years.”

“Now, you’re going to see pretty rapid growth for a community this size,” adds Chief Administrative Officer, Paul Allore. “For instance, in the past ten years, we averaged around 20 houses a year; and over the next five to six years we have forecasted over a thousand, so we’ll be averaging upwards of 200 houses a year, which you can see, if you had 20 and now you have 200, this is big growth for a small community.”

Scugog is preparing for that atypical growth curve in several ways. Allore reports that, under the instructions of the Town Council, staff is carrying out a core service review, going through each municipal department, looking for savings and efficiencies, with the intent to funnel funds into areas that need to be ramped up. “We’re also kicking off a Community Improvement Plan,” he says. “It will provide incentives for developers who want to locate in our ‘employment area.’ Those incentives could be Tax Incremental Financing, which is tax deferral; it could be exemption of development charges and fees; it can also allow flexibility in terms of acquiring and servicing land.”

That employment area of which Allore speaks – hundreds of acres of Port Perry – is currently in the midst of a major overhaul. “We are, just now, reconstructing the roadway that services that area, and bringing in municipal water,” Rowett reports. The land will also be the recipient of newly-laid fiber optic cable for broadband internet service. “We’ve gone from one of the lowest in connectivity for broadband internet to, now, one of the fastest speeds in Canada,” he continues. “And we’re going to developing options for the road network, lot lay-out, and servicing to attract large industries to Scugog. We are very fortunate that we are within close proximity to Toronto, and we have significant regional and provincial highway structures – Highway 407, which is an electronic toll road, just opened a couple of years ago, ten minutes to the south of us. That is a six-lane, provincial highway that connects across the top end of Toronto, so the access to that corridor, and connecting routes to the 401 corridor, is very attractive for industry.”

One company that dozens of cities across North America are hoping to attract is Amazon, the giant corporation that recently announced that it is searching for a second headquarters. Mayor Rowett would love to see an Ontario contender in the running. “It’s a very big opportunity for any city or region,” he states. “And I would suggest that our Region of Durham is working closely with other regions around the Toronto area, looking at parcels that are attractive. We have a 100-plus acre parcel of land that would be very attractive to ecommerce or manufacturing to set up substantial infrastructure to house its employees. It’s within close proximity to an international airport, transit, and all that. It all depends on the weight Amazon gives to, say, transit and connectivity. But it would be beneficial to any municipality within the area of Toronto with that amount of jobs.”

In fact, Rowett believes that Scugog is just the place for any business to locate. “We’re a very attractive place for industries to set up shop because we have that ‘work, live, and play’ environment,” he asserts. “Everything is within close proximity, or within a 45-minute drive to downtown Toronto. But you have the lifestyle of a more relaxed environment because you don’t have the hustle and bustle, or choking commuter traffic to get to and from work. We’re in the Greater Toronto Area, but we’re removed enough in an isolated township that has the feel of countryside living.” Scugog’s charms include a thriving and historical downtown. “It’s much like it was in the late 1800s,” Rowett says. “And we have a very unique funding partnership with local business owners. We encourage them and we help subsidize them to keep their facades up-to-date and improved. Many shop owners are very proud of their businesses.”

Scugogs’s downtown also is one of the few communities in Ontario that adjoins a vibrant waterfront area. At Lake Scugog, there is a community park, a marina, a library, a boardwalk, a public pool and splash pad, as well as shops and restaurants. Allore says, “You get that synergy of people visiting the waterfront and downtown. And Scugog is known in the region for festivals and events which happen every weekend throughout the summer, when the downtown and waterfront are flooded with visitors.”

As Scugog envisions its incipient growth, Rowett would also like to see the town become a living laboratory for new technologies that foster better communication, as well as a place that promotes green programs and practices that are sustainable and environmentally-friendly. For example, he reports that the town is ready to retrofit its municipal street lighting with LED bulbs, but he wants to integrate the upgrade with Smart City initiatives, such as adaptive controls for the system. He imagines such other amenities as community Wi-FI, small cell phone technology, autonomous cars, and electric vehicle stations powered by alternative power sources flowing through supplementary micro-grids.

“We’re looking to see how we can make this the Smart City environment of the future,” he declares. We have a small enough municipality that we can be nimble with these new technologies as they roll out, but it’s also close enough to the largest population in Canada – the Greater Toronto Area – to be able to showcase and pilot what can be done with technologies that integrate with our infrastructure if leveraged properly.”

The future is coming to Scugog, Ontario, and the town is ready. “We have excellent opportunities to mix old and new,” Rowett states, emphatically. “We have a community that has a bit of everything. We’re very fortunate.”

WHO: Scugog, Ontario
WHAT: A township of 22,500
WHERE: South-central Ontario, 53 miles northeast of Toronto
WEBSITE: www.scugog.ca 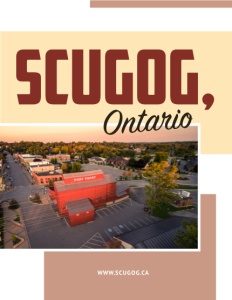