BVM interviews Chuck Warbington, City Manager and Lisa Sherman, CCO/CDD of Lawrenceville, Georgia, for our focus on Infrastructure & Economic Development in US Cities.

Founded in 1821, Lawrenceville, Georgia is the second oldest city in the metropolitan Atlanta area and the county seat of Gwinnett County. And while it may be located a mere 30 miles northeast of downtown Atlanta, Lawrenceville has a personality all its own. Named after Captain James Lawrence, the community carries on his spirit of determination – forging a path towards the future, while honoring the city’s historical roots in agriculture, trade, and raw building materials. The Lawrenceville of today is a trailblazing college town, finally realizing a vision that has come to fruition after being in planning and design mode for the last ten years. 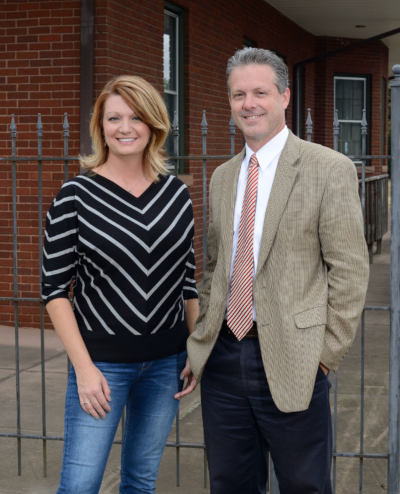 Home to 30,000 residents and a treasure trove of academic pursuits at Georgia Gwinnett College, Lawrenceville enjoys diverse revenue streams in enterprise funds from gas, water, and electricity. Not being strictly reliant on property tax for funding means community development can be quite creative, focusing on everything from an urban downtown development core, to arterial growth and beautification.

Over the last four years, the city has upped the ante in terms of dense urban residential in the community with two key projects. The SouthLawn project is a 35-acre, mixed-use development that includes residential, retail, the City Hall, and Police Department – bringing some primary assets of the city into that downtown core with a walkable stretch of road that connects through retail  establishments and restaurants, but also offers urban residential on top and behind those buildings.

Lisa Sherman, Lawrenceville’s CCO and Community Development Director, explains, “The development feeds into our eight-acre greenspace, the ‘Lawrenceville Lawn,’ where we have a ton of events that really engage the community, as well as tourists from outside the city. We also have a smaller development on the outside of our square that connects into our depot area and a new artery we’re building, with a corridor, 2.2 mile Linear Park that will connect our four-year college with the downtown area.  That’s all being done to make the core attractive and walkable and safe, so people can live here and play here. We need that residential component to help balance our tax base. They can work here, too, to bring up our median household income to sustain our businesses and the community at large.”

About a year ago, a major change took place in traffic flow downtown; converting one-way streets to two-way with the goal of making them more walkable. City Manager, Chuck Warbington reports, “Drivers and pedestrians have adapted to that really well and it’s done exactly what it was supposed to do. As Lisa mentioned, we have also approved the final $10 million phase of the $30 million Georgia Gwinnett College corridor project – a red carpet invitation connecting the college to our downtown area with four-foot bike lanes on each side, a 12-foot, multi-use trail on one side, and regular sidewalks on the other. Plus, there are opportunities for redevelopment in some of the nodes along this new road.”

In other exciting news, the city is moving forward with a plan to build a fabulous, heritage-style boutique hotel near the Lawrenceville Lawn. The project, called “The Lawrence”, incorporates a 120-room boutique hotel branded under the Tapestry Collection by Hilton; a 5,000-square-foot conference center, restaurant and patio bar; as well as an attached, 380-space public parking deck. The city is very pleased to have North Pointe Hospitality Management overseeing this iconic development project, with completion date scheduled for summer 2021. Another great project on tap will be the new home of Ironshield Brewery (considered to be Georgia’s fifth largest Craft Brewer) – a 55,000-sq.-ft. revisioning of the Old Gwinnett Daily Post Building.

In addition, Warbington is thrilled about a big development project in the arts vein. “We have an existing performing arts center operated by the Aurora Theatre,” he notes. “The current facility houses a 225-seat theater and a black box theater selling 80,000 tickets annually. We are expanding right next to that with a 500-seat, grand theater with a full-height loft and cabaret theater. So this time next year, we will have four theaters operating on the historic square in the downtown area, all managed and operated by the Aurora Theatre – the second largest professional acting company in Georgia. That project is under construction and we hope to have it open by the end of 2020.” 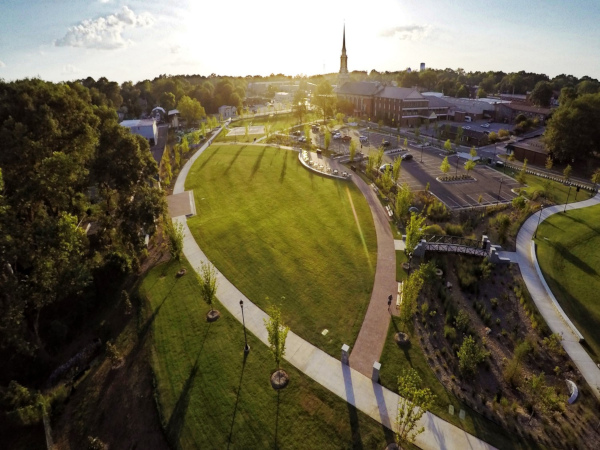 City Council recently completed a total rewrite of the zoning ordinance to allow for dense development. “Our former ordinance code was very suburban in nature,” says Warbington. “Not walkable, not connectible, and we’re still in the process of updating it further. What we’re seeing as a trend is that retiring baby boomers are grabbing up everything before the Millennials can get there. I do think at some point it may switch over to Millennials, but it’s more of a downsize market right now in our community, where people want to live and play in a downtown area with all the amenities in walking distance.”

As for economic drivers, Sherman acknowledges, “Three of the most recession-proof industries have headquarters within the Lawrenceville city limits. On the education side, we have Georgia Gwinnett College. In healthcare, Gwinnett Medical Center has just recently merged with Northside Hospital. That hospital system serves the entire population (nearly one million) of Gwinnett County. They’re planning a major expansion on the campus in the near future. And we also have Gwinnett County government services with 3,000 employees – lawyers, judges, other professionals coming to work here every day in our downtown. They are helping to beautify our parks and add to the walkability with investment in the core area to create that atmosphere. Those three resources are huge assets to the city when it comes to economic growth and stability in times of recession.” There is a significant private corporate presence in and around the area, as well, including many supply chain and logistics companies. National Vision has a major call center; Cisco Systems and Ricoh Electronics are located just on the outskirts of the City.

Lawrenceville is much more welcoming now than in the past. According to Warbington, “Before I came on as City Manager, there was a perception in the county and the region that nothing happened in Lawrenceville. Past City Council members didn’t want any development, no new businesses – the vision was ‘we’re happy with where we’re at.’ With new elected leadership and staff over the past several years, we’ve been open for business. We’re open to have new residential to help with the downtown experience. We want people to live here, to come to the restaurants and the theater, and we want businesses to be a part of that, as well. That’s the big message.”

Sherman adds, “We have 16 vibrant cities in the whole of Gwinnett County, each with their own unique offering. I think the benefit of Lawrenceville from a business standpoint is that it is a taste of the entire county. If you want to come somewhere and feel plugged into something bigger than just a local municipality, you’ll be plugged into a county-wide vision and experience here in Lawrenceville because we are the county seat. That’s something no one else can claim. We are also the only college town in Gwinnett County. And the Linear Park we’re building is a very intentional effort to show we are completely committed to the fact that we are a college town of tomorrow – tech-driven, academia focused with bookstores, coffee shops, cool hangouts, and pizzerias. We want to own that and be that for all of Gwinnett County.”

NorthPointe Hospitality Management, LLC is a recognized leader in the management and development of hotels and resorts. The company delivers exceptional returns on investments by deploying cutting-edge techniques in financial management, guest services, quality assurance, and human resources.