Business View Magazine interviews representative of the City of Modesto, California for our focus on Economic Development and Infrastructure in U.S. Cities.

The City of Modesto, California was founded in 1870 as one of the San Joaquin Valley’s railroad towns. Predicating the establishment of the town was the Central Pacific Railroad purchase of approximately one square mile of land. It began selling lots and soon a bustling village grew up in the midst of a number of hard-working farm settlements. The original town layout is still visible in the 640-acre downtown tract – where numbered streets are oriented parallel to what is now the Union Pacific Railroad and lettered streets are oriented to the perpendicular.

Today a vibrant community of 214,000 residents, Modesto has a wealth of attributes in its favor, including educational opportunities, multicultural lifestyles, mild weather, and some of the world’s richest soil. Dairy products, nuts, fruits, wine grapes, and poultry products are top commodities. It is the 16th largest city in California, the seat of Stanislaus County, and a 90-minute drive west of the valley and over the coastal mountain range gets you to the San Francisco Bay Area. Back in Modesto, residents, businesses, and visitors enjoy all the amenities and diversity of a metropolitan city, steeped in the ambience of old-fashioned hospitality. The city’s slogan of “Water, Wealth, Contentment, Health” is a promise to satisfy every want and need.

Modesto has three major infrastructure projects on the go that raise the bar on innovation and progressive thinking. Director of Utilities, William Wong, reports, “From a utilities aspect, the city has completed its portion of the North Valley Regional Recycled Water Program. That project is a new pump station, a half-mile horizontal directional drill underneath the San Joaquin River, seven miles of pipeline through county roads, and a discharge outfall on the federal Delta-Mendota Canal. With this project, we are currently delivering recycled water produced by the city’s water treatment plant away from the plant and into the Delta-Mendota Canal for the farmers on the west side of the Central Valley to use for irrigation. The benefit is that the irrigation water, which was not available to those farmers, is an assured water supply for them so they can invest in continued farming in that area.”

The Central Valley is one of the top ag-producing areas in the world, but with the water supply over-allocated in California, it is critical to find new, innovative ways for getting water to the farmers. As Wong explains, “This water that we are now recycling and delivering for irrigation used to be discharged into the San Joaquin River that flows right into the ocean. It was just a way for us to get rid of wastewater. But since we’re able to treat it to recycled water levels now, based on our new permit, the City of Modesto is now working with our partners at the Del Puerto Water District and the City of Turlock to develop a program where we would invest in infrastructure, construct it, and then deliver what was viewed as a waste product – and now there’s a beneficial use for that water.”

Modesto is now delivering almost 15 million gallons a day, 365 days a year, into the Delta-Mendota Canal, where the drought-restricted Del Puerto Water District (a customer of the city) uses it for irrigation of their land. What they don’t use, produces an environmental benefit, as that water is transferred down to a wetlands for its water supply and for the wildlife refuge. The North Valley Regional Recycled Water Program is a fantastic environmental and economic project for the region. It benefits the farmers, the City of Modesto, and Stanislaus County, regionally, and creates jobs because a lot of important businesses support the canneries and the producers. With more recycled water being delivered, farmers can grow more crops, more businesses can be formed, and more people hired to package and process those goods.

Even though a good portion of the water project has been completed, there is more to come, in terms of future development and expansion. Wong notes, “The Modesto phase, the first phase, is complete and delivering its recycled water to the Canal. However, the City of Turlock is in construction for their portion of the project, and we anticipate that in less than a year, we’ll have an additional source of about 10 million gallons of water per day coming from Turlock going to the same project. As we look to the future, there are opportunities to expand on those facilities. If more growth happens, that means more potential recycled water, which means more water we can sell.”

Another huge boon for the future economy of Modesto is the rail project. According to Transit Manager, Adam Barth, “We’re now in the design phase of the Transit Center remodel project. The intent is to improve our historic downtown railroad station – an old Southern Pacific station that was converted in 1993, to be the downtown transportation center for the Modesto Area Express (MAX) bus system, and currently serves as that hub. The Altamont Corridor Express (ACE) train will be coming to Modesto by 2022/23 to service this area and the county, transporting people over to San Jose and the Bay Area. Right now, the ACE train only goes from Stockton and Lathrop (closest stations to Modesto) over the Altamont Pass to west. This extension to Modesto, and further south, will allow folks to board the train here instead of driving to Lathrop, making a quicker trip.” By remodelling the inside of the historic Transit Center facility, people will have a more open, comfortable, and safe space to wait for the train or other public transportation modes that service the station, such as the MAX bus. Not only will it vastly improve efficiency of the boarding system, it will make the downtown area more inviting, as well. 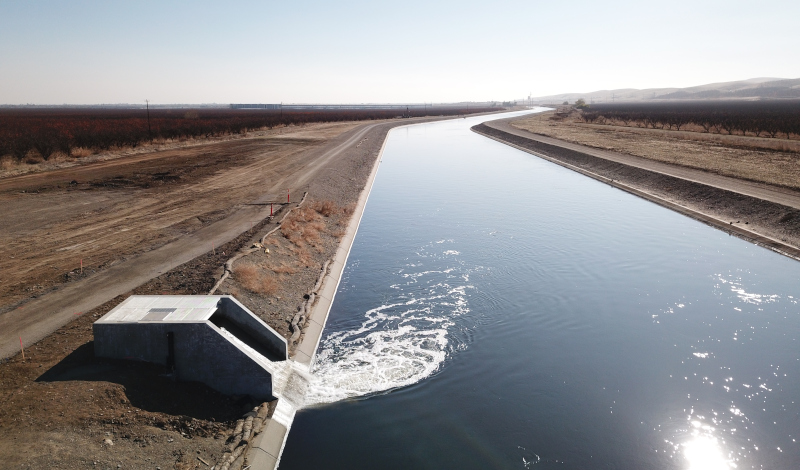 Congestion is a big issue in and around Modesto. According to the city’s Media Relations Officer, Thomas Reeves, “Highways from this part of the state over to the Bay Area are the most congested in the country. So, we have a pretty robust commuter and passenger rail network. We also have AMTRAK and ACE that take commuters and leisure travelers from this neck of the woods to the Bay Area – the Silicon Valley being a major hub for employment. But it’s also a lot more expensive to live there, so folks choose to live here in Modesto and commute over the hill, and that’s why we have major congestion on the freeways. It’s also a major truck traffic area. So, when you add the rail network for passengers, you still really have only one major thoroughfare from this part of the state across the middle section, where there’s a mountain range over into the Silicon Valley. And it’s highly congested with passenger cars and big rig traffic in the movement of goods.”

So, in addition to the ACE train, which is passenger-specific into Modesto, the city just had a huge ground-breaking celebration for the expansion of State Route 132. One of the largest transportation infrastructure projects in Modesto, it is a $100 million investment to increase capacity on an important highway that connects truck and passenger vehicles to the Bay Area. “It’s going to take several years,” says Reeves. “It’s a massive project, but we’re really excited about it. When this first phase and future phases are completed, it will expand future capacity on the freeway for this heavily-used section.”

The City of Modesto turns 150 years young in 2020, and events are being planned throughout the year to celebrate the milestone. And while it is an older, agriculture-based community, diversity is a focus and the city is excitedly eyeing the future; catapulting ahead with these forward-thinking projects in transit, transportation, and water infrastructure. Modesto also struggles to deal with many of the same things as other California communities. Reeves admits, “We have a big issue with homelessness that our residents are all too aware of and expecting the city to address. We feel that we’ve done that fairly well; as a result of the 9th Circuit Court ruling a year ago that says we cannot criminalize or penalize a homeless person for sleeping outside if there are no available beds elsewhere in the city, we created an Outdoor Emergency Shelter – an opportunity where folks could sleep under the stars with tents we provided. That’s become a model for communities across the state. It also addresses our business climate for the future, because if we aren’t addressing the needs of those residents, then we don’t really have a business climate to promote outside of the area. With our 150th anniversary coming up, we’re tackling these major issues with transportation, water, homelessness, and affordable housing, head on.”

The City of Modesto is making great strides in its objectives to prioritize “Water, Wealth, Contentment, Health” for its citizens and businesses. And future generations will be blessed with the results.

Who: City of Modesto, California

Steve P. Rados, Inc. has been in business as a General Contractor since 1922. We have a proven record of outstanding performance on diverse and challenging projects, specializing in pipelines, bridges, highways, and treatment facilities.  Along with our strong safety culture, we maintain a reputation of excellence in building quality construction projects.