Home of the Yankee peddler

Berlin is a town of approximately 20,000 in Hartford County, Connecticut. The area that became Berlin was originally settled in 1659, when Sergeant Richard Beckley purchased 300 acres from Chief Tarramuggus, a Sachem of the Wongunks tribe. Other families slowly followed, and in 1686, Captain Richard Seymour led a group of families from Farmington to begin the first settlement on Christian Lane.

Around 1740, Edward and William Pattison, two brothers from Ireland, immigrated to Berlin and set up the first tinware business in the colonies. For twenty years, until 1760, they kept their work in the family, selling their wares from a basket. When demand increased, they took apprentices into the shop and engaged peddlers to travel throughout the colonies selling the shiny, useful articles.  Indeed, the seal of the Town of Berlin shows such a “Yankee peddler” in eighteenth-century dress with a basket under his arm, and a pack on his back full of tinware. Wares were peddled from house to house, then, as surplus accumulated, by mule and wagon, traveling all over America and into Canada.

During the years from 1700-1750, farms, mills, and blacksmith shops sprang up, and a small ironworks was established near the Mattabessett River. In addition to tinware, ammunition was made from the local lead mines during the Revolutionary War. The East Berlin Milling Co. produced cotton and woolen yarn which was spun into clothing and blankets. Simeon North, manufacturer of pistols, became the first official pistol maker for the United States Government when he developed a system of interchangeable parts for pistols.

The town was incorporated in 1785, and by the 1800s, business of all sorts thrived in Berlin. Makers of wagons, tableware, hats, clocks, books, combs, woolen clothes and blankets, cabinet and coffin makers, sleighs, muffs, and suits, were all local industries. Berlin was on the direct route from New Haven to Hartford, with taverns and inns, which were regular stagecoach stops for fresh horses, meals and sleeping accommodations. The mid 1800s brought competition from mass-produced products, forcing the peddlers out of business. It also brought the establishment of the local brick-making industry, which eventually produced 90,000 bricks daily until the 1960s. 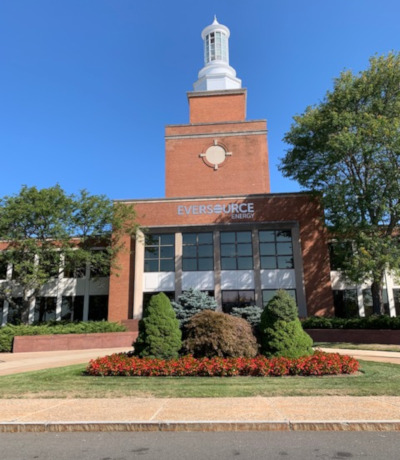 Today, Berlin is largely a residential community with several major employers, including the western New England headquarters for Comcast; the Connecticut headquarters for Eversource Energy, which is the area’s major utility; and hardware manufacturer, Abloy USA. “We also have another 20-30 aerospace and medical device manufacturers with anywhere from 75 to 300 employees,” adds Berlin’s Director of Economic Development, Chris Edge. “Because of our location – we’re in the middle between Pratt & Whitney in East Hartford and Sikorsky Aircraft in Stratford, Connecticut – many of our companies work directly with those companies.”

In June 2018, Berlin became a stop on the CTrail commuter service on the Hartford Line that connects New Haven, CT to Springfield, MA. This has given the town the opportunity to pursue the type of transit-oriented development that state and local officials have been promoting in recent years, especially since Berlin owns several parcels of land near the new train station.  “About seven years ago, the town’s intent was to put a police station there, but that got turned down by the voters and the council,” Edge recounts. “Then, I recommended to the council that we go out to the private sector to see if we can use somebody else’s money.”

And, essentially, that’s what happened. First, the town had to clean up a contaminated brownfield site near the train station, and fortuitously, it received about $2.1 million from the State of Connecticut for its remediation. Then it chose a local developer, the Newport Realty Group LLC, that is now embarking upon an $18 million, mixed-use village project, which will include 76 market rate apartments, with rents of approximately $2.50 per square foot; about 19,000 square feet of commercial and restaurant space; a 12,000-sq.-ft. medical office; about 7,000 square feet of restaurant/retail space; and a stand-alone, 1,600-sq.-ft. building that Edge says he is hoping to get approved for rooftop seating.

“Our community, right now, does not have a downtown,” Edge explains. “It is a main drag and commercial district. The problem is it is all car and all transactional. It’s tough to drive relationships if you can’t walk around a downtown. This development will actually create a downtown, will give us some green space, and will allow us to give people ‘work, live, and play,’ which is not an option anywhere else in town. We also have, in this general area, a brewery that just signed a lease to come in and, hopefully, will be up and running by the end of the year. You add that to the two existing restaurants and what I’m hoping will be three or four more, to have that density and energy and walking downtown that we currently lack. The developer has a great plan; we’ve worked hand-in-hand with them; we’ve helped to get the zoning modifications so that they can get the density they need to make the project work. The groundbreaking is expected in October, with the two buildings closest to the road, which is the medical office, and the other building, which is 16 apartments and 7,000 square feet of restaurant and retail space. They should be open by summer 2020.” 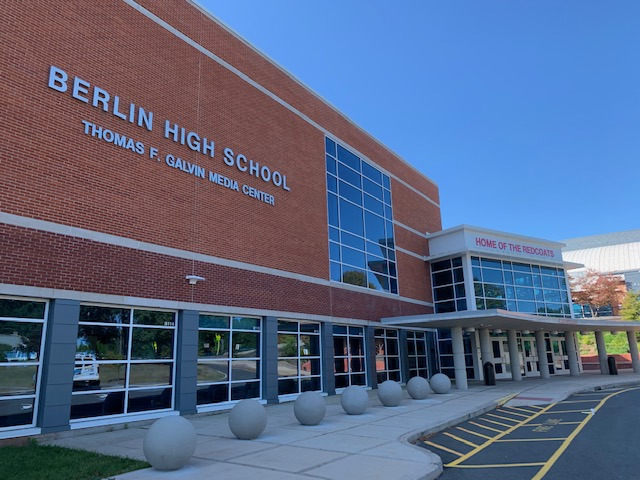 Edge sees the project, with its market-rate apartments, as instrumental in attracting the millennial generation of workers, who, heretofore, have been priced out of Berlin. “Currently in the Town of Berlin, we have zero market rate apartments,” he remarks, “so Millennials cannot live in our community. The influx, now, in Connecticut is largely professional in the 22-35 age range, who are being hired by Comcast and Eversource and Pratt & Whitney and Cigna and a lot of the other companies in Greater Hartford, and right now, the option is not there if you are one of those folks who want to rent to live in Berlin. This is going to allow Millennials to move to our community and test-drive it; they want to see what a community is like before they make an investment in a house or a condo. Millennials have creativity, excitement, and money, and there’s really not too much better for a community than getting those folks in.”

Based on the theory that development attracts more of the same, Edge reveals that Berlin has several other properties in town that are primed for redevelopment. “Behind this development, there are 13.5 acres of land owned by the local steel company, Berlin Steel,” he notes. “We see that being a Phase Two. Exactly what that might look like, we’re not sure. My hope is that sometime in the next five to ten years, if the folks in Washington can get the connection from Worcester to Boston figured out, that would allow somebody to be in Berlin and go to New York City one way, and Boston the other way, and we would be in the geographic center of both of those cities.”

“We also have some vacant industrial land and we have some attractive tax abatements in place,” he adds. “When I started here, five years ago, we had a three-year tax abatement on any improvements – you can’t get a tax abatement on what’s there, but you can if you expand or build a new building and add anything new to the tax roll. It was a three-year, 50 percent, 40 percent, 30 percent – there was no flexibility.  So about three years ago, we brought an aerospace components manufacturer to town and gave them the first ever, seven-year tax abatement in the town’s history. So, now, our incentives are based upon the degree of investment. If you spend $50,000, you get three years; if you spend $1 million, you get five years; if you spend $3 million, you get seven years. And we’re looking at adding a ten-year abatement if you spend about $10 or $12 million. They all start at 50 percent and go down to 30 or 10 in the bottom years. In my five years, we’ve had no less than 12 manufacturers either grow or double in size.”

Berlin, Connecticut has come a long way from the days when its Yankee peddlers roamed the countryside selling tinware. But the entrepreneurial spirit engendered early in its history lives on in the present and so, the town’s future continues to look bright.

WHERE: In Hartford County, in the middle of the state