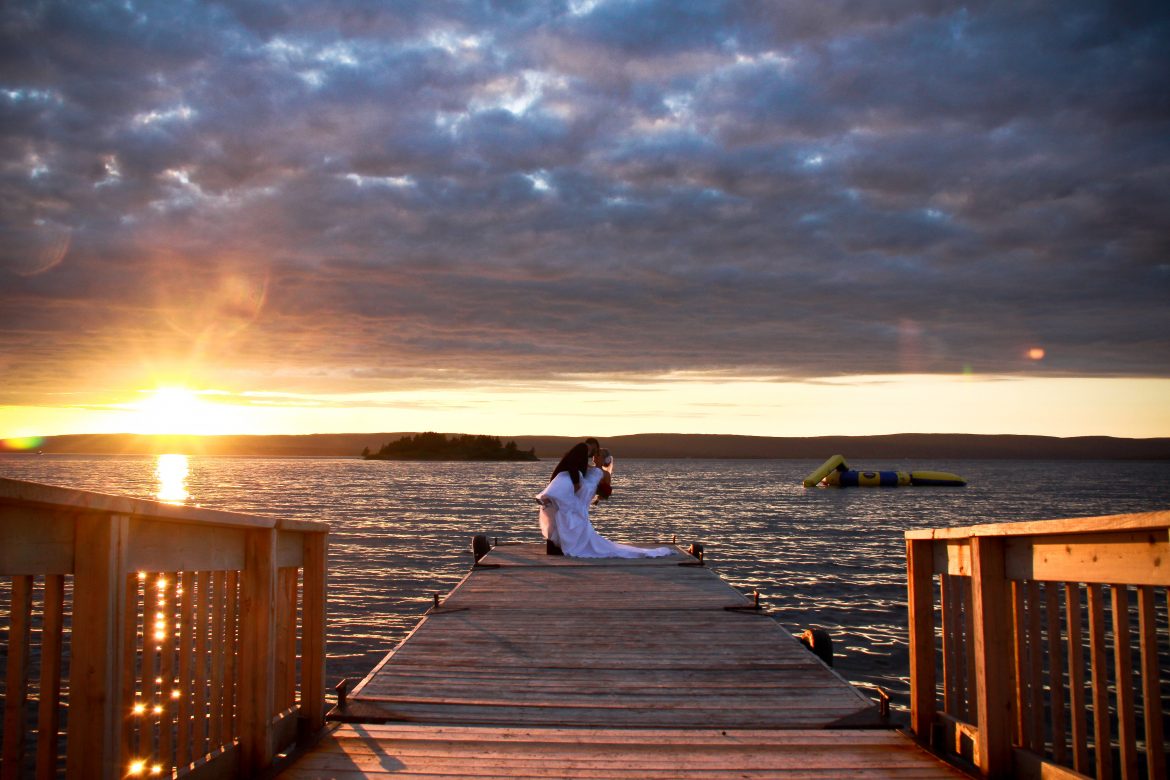 Welcome to Cape Breton Island, Nova Scotia – home to scenic hills, lake adventures, warm Atlantic Canada hospitality, and the Dundee Resort & Golf Club, which encompasses all that and much more.

In the early 1970s, DEVCO, a federal crown corporation managing the Cape Breton coal industry, began expanding its initiatives to revitalize the Island’s economy. Tourism was identified as a major growth sector; Dundee, a cottage resort concept with a golf course and marina was built, and then managed by the agency until the mid-1980s.

Private local investors saw Dundee’s potential and started aggressive expansion in the early 1990s. Today, the resort boasts one of the most unique 18-hole golf courses in the Maritimes, a 60-room hotel, 38 cottage units (one and two bedroom), a restaurant, a pub, and a variety of recreational activities.

Dundee Resort & Golf Club was owned by the MacAulay family of Baddeck until June 2017, when Sandippal (Sonny) Grewall purchased the lodge, clubhouse, and golf course. Mr. MacAulay retained ownership of the cottages, which Sonny manages.

In a recent conversation with Business View Magazine, Sonny shared details of the Dundee Resort & Golf Club operation as it was when he acquired it in June, and his plans for injecting excitement, money, and business savvy into the property.

An engineer by trade, Sonny may seem an unlikely prospect as a hotelier, but he sets the record straight. “I’m an entrepreneur. My background is engineering, but I’m more of a businessman. I currently run an engineering consulting firm in Texas, but I used to own a hotel in Terrace, BC in 1993-94, and ran a family operation of gas stations for three to four years. Then I moved to Texas, found a job as an engineer, and worked for two decades in the engineering profession. I always wanted to come back to Canada to get into the hospitality business.”

The resort opportunity came at a fortuitous time. Sonny admits, “I didn’t want a full-time commitment, that’s what I like about Dundee. It’s a seasonal business, so I get time off to travel and pursue other activities. The previous owner ran this place for 25 years – that’s a long time. Ups and downs after the 2009 recession forced him to sell because sales went down and he couldn’t keep up with the maintenance, renovations, and overhead expenses.”

MacAulay owned close to 500 acres, and sold 350 to a company called Mother Nature that is building single family homes around the golf course. The owners, two gentlemen from the Halifax area, also plan on creating an adventure park. Sonny’s purchase amounts to about 144 acres with some small forested areas, but most of the rest has been developed. Amenities include a full-service, 18-hole golf course; 60-room hotel; restaurant; pub; spa; indoor pool; outdoor pool; and recreation center. The 5,000-square-foot clubhouse is only six to seven years old, and features a full kitchen, bar, pro shop, and separate locker rooms for men and women.

Sonny adds, “We also manage 38 cottages on behalf of the previous owner; 20 are one bedroom/no kitchen, the other 18 have a kitchen and two bedrooms. These are popular with families who come here to stay for a week. There are barbecue pits; they can sit out on the decks and enjoy their own cooking, just like at home.

“We do corporate events, family reunions, weddings – and I want to encourage bus tours before the next season. A lot of them go on Highway #105 to Cabot Trail and end up in Sydney, but we are on the other side of the lake. There is excellent highway access here, no issue with that. We’ve resurfaced the road to the property. It’s marketing we need to work on to bring them back.”

It’s a mixed market in terms of visitors. The Dundee parking lot showcases vehicle plates from Ontario, Quebec, central and western Canada, Maine, Vermont, Massachusetts, New York. One family drove for five days from Texas to stay at Dundee two nights. In late 2016, Cape Breton had a great deal of publicity after the contentious American election with people looking to relocate to the island. Sonny says, “I’m aware that one of our radio hosts had that message for U.S. people to move to Cape Breton. But that was not the attraction for me. I did come from the States, but I only heard the hype after the fact.”

The Resort is open from May to October; July to Sept 15th is the busiest time, however, Sonny adds, “This coming weekend, in late September, we’ll have 70 to 80 percent occupancy here for the Celtic Colour Festival. I wish I’d known about this before – next season it would be my honor to host one event of Celtic Colour.”

As for opening all four seasons, Sonny says, “It’s all about the numbers. Hiking and skiing are popular here in winter, even with the harsh weather. Facilitating skiing would require too much work, but we do have a perfect place for tubing and snowshoeing. We’d only have to put up a fence along one of the fairways. I just have to do due diligence about how many people in the area do winter activities.”

In peak season, Dundee employs 60 people. The resort closes October 18th, but if the weather cooperates and people want to play a couple more weeks, the golf course will remain open. There are separate managers for the golf course, pro shop, housekeeping, and maintenance. According to Sonny, “That’s the way this place has operated for years. I don’t know if it’s the right way; sometimes having many managers can help operations, but it can also backfire because ten people have control over things.” The only competition is Bell Bay Golf Club, located an hour and a half away on the other side of the island and owned by the previous owner of Dundee.

Port Hawkesbury, the closest town, has a Walmart Superstore, Canadian Tire, Shoppers Drugmart, all the major franchises. Cape Breton also has a private airport. Sonny is pleased to be a member of the Strait Area Chamber of Commerce in Port Hawkesbury, and is keen to get involved in the community and take an active part in local events. He also plans on marketing through print and radio to a wide area including Moncton, Truro, New Glasgow, Halifax, Sydney, and Antigonish.

“Our biggest challenge has been WiFi,” Sonny admits. “I’m working with Bell Canada to bring in fiber optic internet. We have a wireless internet service that comes through satellite and it’s ok, but we need to extend WiFi throughout the entire building and on the golf course. We’re also working with Bell Mobility to increase our cell phone signal and 4G for internet. My goal is to make that happen before next summer. It’s not cheap, the upgrades will be in the six figures, but it’s a necessity.”

More than a golf course, Dundee Resort has pride of place on breathtaking Bras d’Or Lake, with 400 feet of beach frontage and 800-foot, high-mountain views of idyllic Cape Breton. And Sonny Grewal is putting his heart and soul into creating a fabulous hospitality destination, here, for all to enjoy. Judy McNamara, Dundee’s Group Sales & Catering Manager, sums up the feelings of customers and staff. “Sonny has invested a lot in his first season as owner. With more upgrades to come, he is breathing new life back into the property. The community and long-time staff of Dundee are over the moon.”

Municipality of Richmond – Located in the Canadian province of Nova Scotia, The Municipality of the County of Richmond is the smallest of Nova Scotia’s 14 counties. Lying on the Cape Breton side of the Strait of Canso, adjacent to international shipping lanes, the county is bordered on the south by the Atlantic Ocean and on the north by the Bras d’Or Lakes. It was named in honor of Sir Charles Lennox, 4th Duke of Richmond, who was Governor General of British North America 1818-1819. www.richmondcounty.ca 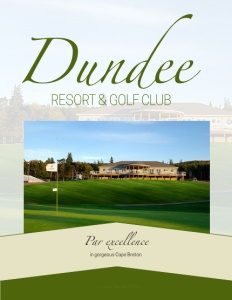