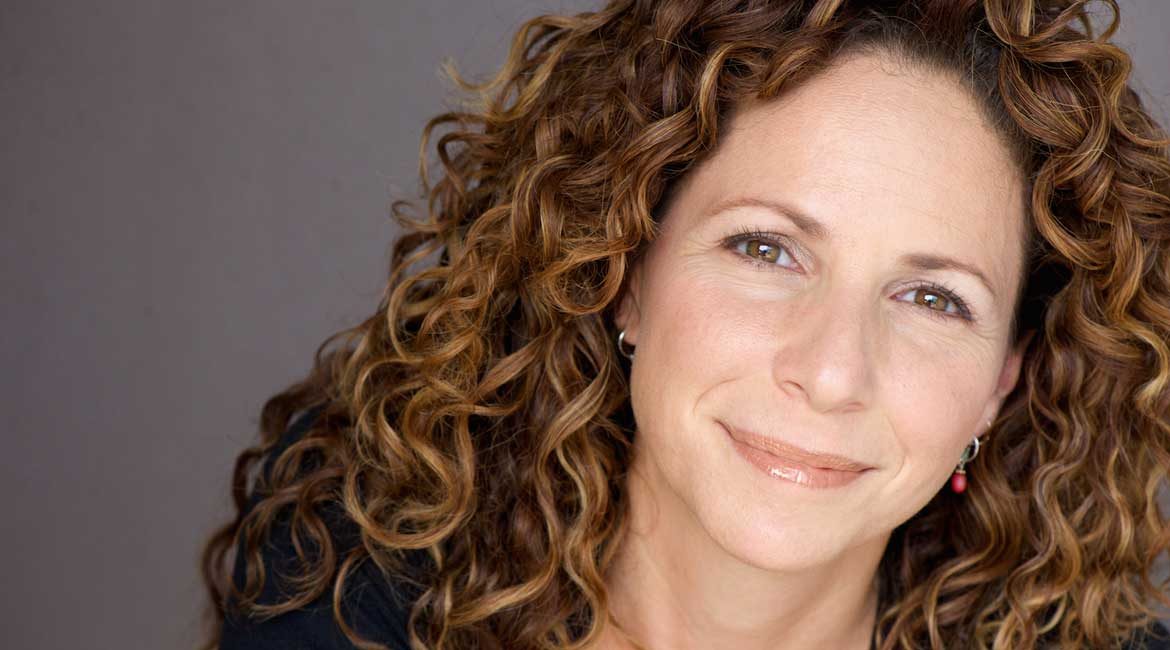 Exuberance. Tenacity. Warmth. Meredith Scott Lynn’s smile and passion for life absolutely light up her surroundings and every person she meets. A woman of indomitable spirit, Lynn has worked in the entertainment industry for almost 30 years as an actor, producer, director, and writer. Her acting credits include films Legally Blonde, Forces of Nature and A Night at the Roxbury; a recurring role as Anne Milbauer in the long-running daytime soap Days of Our Lives; and she currently co-stars in the Lifetime Original TV movie – Menendez: Blood Brothers – a true crime story in which she plays attorney Leslie Abramson (airing June 11th).

“From the age of 10, I knew I wanted to tell stories. I entered storytelling contests and wanted to be an actress someday. I earned the lead roles in plays at school and summer camp. Acting is the craft of bringing a character’s story and world to life and I feel empowered every time I have the chance to do it. I understand the power of stories and how vital it was for me to have discovered my voice at an early age.

“My focus is now 100 percent WRiTE BRAiN, and I travel a lot to education conferences around the country. Whenever the Days of Our Lives writers invite me to do an episode or two, the producer is very generous and works with my nutty schedule. Same with the Menendez producers; they were so accommodating and they made it work. I’m grateful.

“Actors are entrepreneurs. It’s the business of earning someone’s trust so they give you the part. It’s all about self-esteem, and I am on a mission to help young people like, and even love, themselves. The core concept behind WRiTE BRAiN BOOKS was inspired by my niece, Lila, when I picked up a children’s book to read her a story and there were no words on the pages, just pictures. So, I made up my own words by interpreting the artwork, and thought it was a good idea.

“I wasn’t formally educated beyond high school, and it took a long time before I believed I wasn’t less intelligent than people who were. My little sister has a master’s degree in Corporate Social Responsibility from Berkley’s Haas School of Business, and an important job at Facebook, yet she would tell you I’m the most brilliant person she knows. She’d be lying. She supports and advises me when I reach out. My mother is WRiTE BRAiN’s proofreader, editor, and biggest fan. She’s a former teacher, has joined me at a few conferences and training programs, and even helped me shape some lesson plans. So I guess it really is a family business. Also, my team is small and the company culture is family-like in nature, for better or worse depending on the day.

“I was a smart, creative, energetic (some would say hyper) child. I could memorize and retain information easily, but had a hard time scoring high on mandated, standardized tests. It dramatically affected my life. I wasn’t accepted into the only college I truly wanted to attend—they said my SAT scores were “just not good enough.” So, I saved a few dollars, travelled all over the world in my twenties, and learned about it by being in it. I created WRiTE BRAiN and developed our innovative curricula to give young people opportunities to see their own ideas and opinions manifested, their voices heard, so that they value self-expression and experience self-esteem. I never imagined that one day I’d be speaking at education conferences focused on valuing the whole student and creating a generation of confident humans who see themselves as today’s communicators – tomorrow’s idea people.

“I’m an entrepreneur to the core. An idea machine. I work seven days a week, and when my head gets a little too wired, I call a friend, get a massage, or go to my favorite Korean spa. For only $20, I can leave my phone in the locker and take a break for a few hours. I need to stay grounded and I’m not always good at it. I’m not religious per se, but I have tremendous faith, and a rich and fun spiritual practice with close friends I’ve known over 25 years.

“Before WRiTE BRAiN, I was auditioning for acting roles, producing independent movies, writing scripts, and creating sizzle reels when I had to present my ideas fully. Sizzle reels are short form, 2- to 4-minute, quick-cut videos. Fifteen years ago, everyone in Hollywood had an idea for a reality show, but you needed a sizzle reel just to get in the room and pitch to TV executives. I had a television show centered around a blind home designer. This guy designed multi-million dollar homes, and we came up with a format for how that would work as a makeover design show. I knew it would feel like a gimmick if we didn’t show his process and how he did it. So, I reached out to people I knew, we shot a video, and then decided to cut a whole episode from the footage we shot. The A&E television network bought it, and we produced an incredible season.

“I had so many ideas for docu-series about interesting people doing incredible things… soon, other creatives were asking me to produce their sizzle videos. So, I partnered with the best editor I knew and created a company, “Sizzle Shizzle”. We were hired by many production companies and then earned the ABC television network as a client. For two years I produced, directed and interviewed stars and executive producers of new comedies and dramas ABC would potentially put on the network. We created the presentation videos they would share with advertisers to determine their interest. That’s how they chose the shows they’d produce and air.

“For an actor, unless you have a full-time gig, you need to create your days. Make a meaningful life. That entrepreneurial spirit of ‘keep going, keep creating, stay busy and be of service’ is how I stayed happy and productive when the acting jobs were few and far between. Hollywood is full of brilliant creatives who hope they’ll sell something, anything. I spent many years hoping I’d sell my projects.

“Now, I share my passion, WRiTE BRAiN, and it sells itself.”

This feature was written by Lorie Steiner.