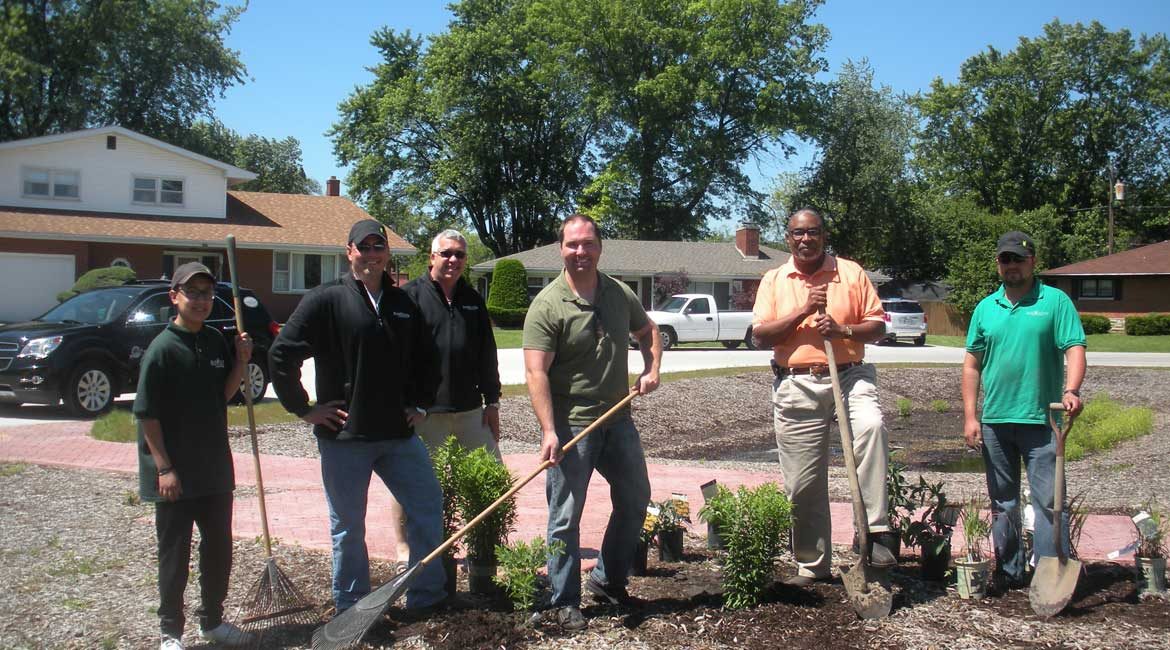 Present day Merrillville, Indiana was once a well-known stop for wagon trains bound for Joliet. At one time, 16 roads (trails) radiated outward from what was then Wiggins Point, and later Centerville. When brothers Dudley and William Merrill arrived, and made their imprint on community life, Centerville became Merrillville. In 1848, a group of settlements, including Merrillville, was collected under the name of Ross Township, and Merrillville was officially incorporated as a town in 1971.

Today, Merrillville is the largest town in Indiana – a city-sized town – that enjoys great diversity in housing, residents, and culture. Its rich business districts support more than 35,000 residents and 12,000 individual households. On any given weekday, the population is estimated to rise to over 100,000 people living, shopping, and working in the town.

The slogan for Indiana is “The Crossroads of America,” and Merrillville has one of the major crossroads in the state – US30 and I65. Throughout that corridor, every type of eatery has staked a claim, including big names like Outback Steakhouse and McAllister’s Deli. The town relies on commercial/industrial type development, and offers a prime location to bring it in. Dawn Foods is a major employer, as are large manufacturers such as Modern Drop Forge.

“The Environmental Protection Agency (EPA) has regulations under the Clean Water Act,” Lake explains, noting the state requires communities comply with non-point source pollution (stormwater run-off) Best Management Practices (BMPs) by putting in six minimum control measures. “Merrillville has undertaken a progressive approach to low impact development, part of that is green infrastructure. Low impact development incorporates many facets of BMPs to minimize impact to the environment. We defined our utility a bit differently. We built the first stormwater resource center in the State of Indiana.

Because signage is required for some of these BMPs, it creates a good image for businesses. A CVS that was just built on a major intersection in town already had regional detention that met typical stormwater requirements, but not the low impact development requirements. So, to meet the standard, it added a rain garden at the end of the parking lot, with signage. Now people see that CVS is environmentally conscious and that it’s doing its part.

From an economic development standpoint, the requirement has been very positive. Lake says, “When an engineer is constructing something for a new development, they look at our stormwater ordinance and see low impact development standards. Right away, they know that’s different from what they’ve seen anywhere else. That triggers them to meet with me. I serve primarily as a pre-consultant and plan reviewer, guiding them through the site requirements. It’s surprising how much we can save the builder, cost-wise, because we look at features that would already be incorporated, but just tweak them a bit. For example: islands in parking lots. A lot of them are raised and curbed out. Instead of doing that, we have them put in a recess; put the stormwater drainage in those landscape islands and create a rain garden or bio-retention area that’s good for stormwater management. They can eliminate some curbing, as well.”

There are ways to save money on a development and still go green. A win-win from the developers’ standpoint, and with the BMPs in place, it’s environmentally conscious. Starbucks is a good example. They are opening a location in Merrillville and constructing an attractive rain garden along the drive-thru, with plants, landscaping, and designated signage. People see they are trying to improve quality of life in the community. That’s really the purpose of the ordinance.

Lake adds, “We incorporated other things through our Environmental Resource Committee – our ‘tree board.’ It’s a group of volunteers that reviews the town’s landscape plans. We have strict landscaping standards that tie into the stormwater requirements, because if someone’s trying to meet low impact development standards, they’ll often opt for a green infrastructure approach – rain gardens, bio-swales and wetlands creation. No one wants a bunch of regulations that hinder good economic growth. That’s the key to it all – our standards are easy to attain. When we sit together with their engineer, we’re able to collaborate and find ways to incorporate BMPs in a way that accents the development. Whereas, other communities see these types of BMPs as incentives; maybe offer them as a reduction for a stormwater fee or something else, but hardly anybody goes for that.”

Merrillville also does special projects, such as complete redesign of intersections and corridors, incorporating green infrastructure. For its Stormwater Master Plan, it did nine drainage studies throughout the town focused on alleviating flooding; stormwater quality BMPs are included in each of those projects. It is now contemplating no-mow zones with fescues that cut back on maintenance, reduce air emissions, and promote natural plantings along corridors, bike paths, and in parks.

It’s a change for the community, but with public outreach, people understand and appreciate the concept. Lake says, “When you try to promote a community and you want economic growth, the environmental quality of life aspect is attractive to new business. They want to do ‘the right thing’ but sometimes get stuck where development has become standardized. We created the ordinances where businesses must change the way they develop, but in a way that doesn’t drive up the cost, accents the development, and creates an image of environmental consciousness. Like anything, you can run the cost up significantly if you want to add every bell and whistle.”

There is also the matter of sustainability on the post-construction side; for example: a commercial building with a parking lot. Typically, paving is done with asphalt that lasts four to six years, and needs frequent seal coating. Lake says, “We have a Dollar Store that did their whole parking lot with a product called Pave Drain. It’s a concrete block that’s arched at the bottom with gaps on the sides, so it’s a pervious brick – an amazing approach to pervious hardscapes. It’s going to last 50 to 70 years. From that standpoint, you shouldn’t only look at the cost of initial construction, look at the post-construction side. The maintenance side. No-mow zones with plants that only need trimming once a year reduce mowing and landscape costs. Also, depression areas for stormwater storage within these sites offer snow disposal areas when you’re plowing parking lots in this part of the country.”

Merrillville took a simple approach to the requirements for low impact development. Every acre of development needs 100 low impact development points. There is a list of different types of BMPs each worth a certain number of points. It’s easy for a developer to calculate and understand. Lake says, “If you want to up your standards, you could raise it to 200 points for every acre. But we made it attainable. A foot in the door approach. And it’s working better than we could have imagined. Other communities look at us as an example, because we took the first step and everybody’s usually scared to do that, especially politically. As it becomes more widely accepted, this will become the standard. It’s not just a theory, it’s in practice. You can see the benefits, and the cost to the town is zero.”

Many communities put in a green corridor or rain gardens. Usually these are retrofits. But Lake says it’s important to get in on the front end. “You save money in new development when you’re designing at the front end. If you need to tear out a road, put in rain gardens as part of the greenspace and parkways, do underdrains and retrofit, it becomes expensive. Looking at every single development as an opportunity for low impact development implementation, that’s the big picture. That’s what needs to happen to achieve what the EPA and the Clean Water Act wants.”

Merrillville’s efforts have been recognized by the State of Indiana through the Indiana Department of Environmental Management (IDEM). At the Indiana Association of Stormwater Flood Plain Management, Matthew Lake was named Stormwater Director of the Year. The town won the Governor’s Award for Environmental Excellence from then-governor Mike Pence. Lake concludes, “We are widely respected throughout the state and outside of it. For that, I’m thankful. But the goal is to have other communities replicate our efforts. We’re an open book, and we’ll share any and all information we have. We’re not in competition. We want to help the region, specifically northwest Indiana, and other communities to do something similar so they have good economic growth as well.”

Who: Merrillville, Indiana
What: A town of 35,450
Where: Ross Township, Lake County, Indiana in the Chicago Metropolitan area
Website: www.merrillville.in.gov 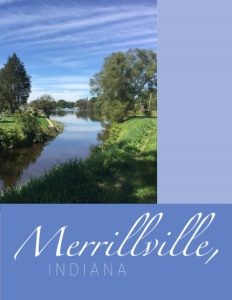