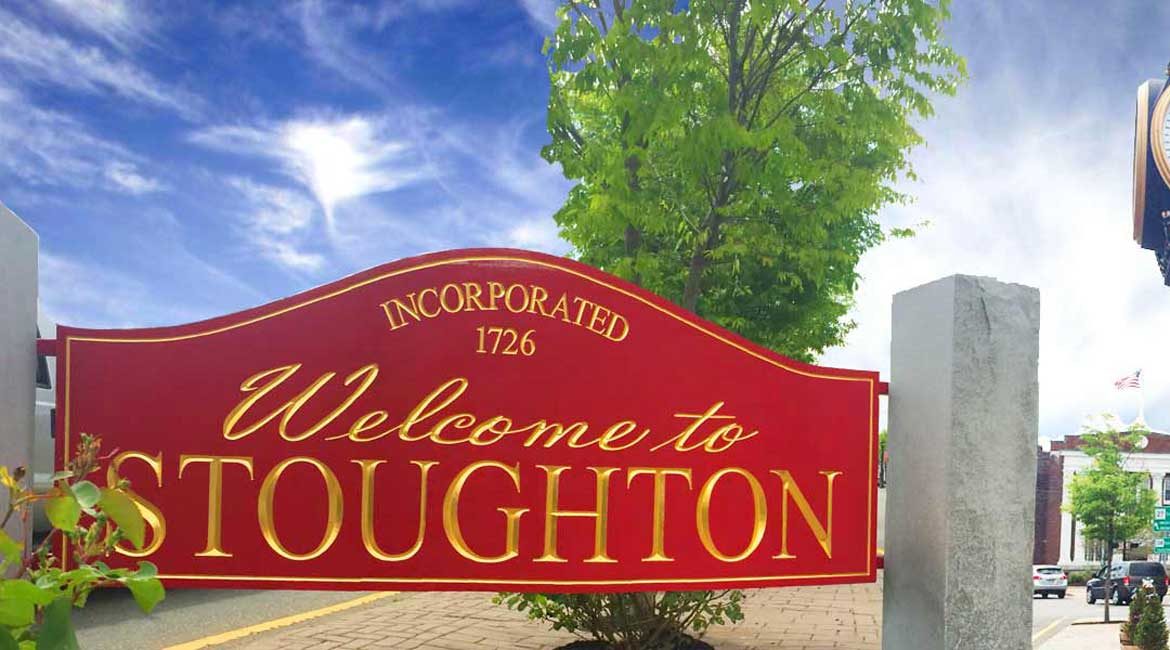 Business View Magazine interviews representatives of Stoughton, MA, as part of our focus on redevelopment of American towns and cities

Located in Norfolk County, about midway between Boston, and Providence, Rhode Island, the town of Stoughton, Massachusetts was first settled in 1713 and officially incorporated in 1726. It was named after William Stoughton, the first Chief Justice of the Colonial Courts. On April 19th, 1775, 148 Minute Men from Stoughton answered the call to arms and fought at the Battle of Lexington, the first skirmish of the American Revolutionary War. Originally an agricultural community, the town became an important shoemaking center in the 19th century. By 1900, the town had a population of 5,442 and over the next several decades, it developed into an industrial and commercial center. Today, the town’s population has exceeded 28,000.

In 2015, Stoughton completed a Master Plan, focusing special attention on its future economic development. The Plan includes the framework for the protection and strengthening of the local tax base, assuring the provision of convenient access to goods and services for residents, and fostering appropriate and quality development and redevelopment of commercial and industrial land and properties.  Some of the Plan’s goals for the town’s downtown area include: increasing and improving active retail businesses as ground floor uses; supporting housing and offices on upper floors; creating beautiful public gathering spaces; providing adequate, accessible, and safe parking to meet the needs of businesses, residents, and visitors; and creating traffic and pedestrian patterns that promote safety and accessibility.

Marc Tisdelle is Stoughton’s Town Engineer. Part of his responsibility is ensuring that the town’s roads and pedestrian walkways adhere to the Master Plan’s vision. So, finding the appropriate funding to make the necessary improvements has been a major priority. “We’ve been trying to apply for state grants,” he says, “but in order to get these grants, we had to become what they call a ‘Complete Streets’ community. So, our politicians, our Board of Selectmen, our department heads, the residents – all had to buy on to establishing a Complete Streets policy. Complete Streets are for everybody, not just vehicles. They’re designed and operated to enable safe access for all users – pedestrians, bicyclists, motorists, transit riders, etc. Complete Streets make it easy to cross the street, walk to shops, bicycle to work. We formed a transportation task force that generated the policy. The policy got approved by the Board of Selectmen, and we got ranked number 9 in the entire nation in 2015 for one of the best Complete Street policies. That led us to apply for a grant in 2016 with the Massachusetts Department of Transportation (DOT) to construct about 4,000 linear feet of sidewalk, near a school district. The grant was for $400,000 and the project is under construction, now. We’re the first community in Massachusetts to apply for, and receive, the grant. So, we’re pretty happy and proud about that.”

In addition, Stoughton is also a recipient of Massachusetts’s Transportation Improvement Program, which has provided funding for several other road and traffic projects in town. “If a project meets their criteria, you get the grant,” Tisdelle explains. “We’ve got one project – Route 138, which is a main corridor in town. There are going to be pedestrian improvements on that, and the value of the project is $4.5 million. We also applied for a Safe Routes to School grant for $2.3 million, and we just received notice that we got that. That will provide pedestrian improvements and signals at the West Elementary School. We’ve got another project through the DOT that we applied for – the Tosca Drive/Central Street intersection. It has one of the highest crash rates in the state, so we’ve applied for that and we have initial approval for about $3.5 million.”

Tisdelle’s department is also focused on upgrading Stoughton’s wastewater infrastructure. “About 70 percent of the community is sewered,” he says, “but we’re looking to sewer other portions of the town and we came up with a sewer priority plan that ranked several areas. One area that came up at the top was our Park Street area. It’s mixed-use with residential, commercial, and an industrial park. Our plan is a little different than what other towns use as a template. Usually, there’s an environmental ranking based on wetland areas, high groundwater tables, scaling septic systems, things of that nature. We did use that, but we also rolled in an economic benefit criteria into our ranking plan. For example, if you provide sewer to that Park Street area that has an industrial park, it uses more water and you’d have an increase in the tax base because of that. So, the areas that didn’t have an economic benefit to the town didn’t get any points for that particular criteria and got ranked lower. Right now, we’re in the planning stage of the Park Street sewer. We have an engineer under contract looking at the phasing of the project.”

“That sewer expansion project is something that the town has wanted to do for decades,” says Pamela McCarthy, Stoughton’s Director of Economic Development. “So, we’re trying to work with the state and the Massachusetts Development Finance Agency, which is a quasi-public agency, to try and be creative with a new financing mechanism. There’s a new program that Mass Development has called the Site Readiness Program, where they’re trying to increase the number of industrial sites that are available for companies to locate on. We’re trying to get some assistance from that program in order to get that sewer into that industrial park in the Park Street area. And once public sewer is available in the Park Street area, the opportunity will exist for the properties to reach their Highest and Best Use which will result in an increase in tax revenue. This summer, the Town will be working with the Old Colony Planning Council on a feasibility study of the area in order to help the property owners determine what the highest and best use will be once public sewer becomes available.”

“We’re also trying to utilize a new legislation called Chapter 23L,” McCarthy adds. (Chapter 23L is a Massachusetts state program used to finance services, infrastructure, and facilities within a defined geographical area, such as parks, roads, recreational facilities, utilities, and water and sanitary facilities, wherein local property owners self-tax their own real estate in order to fund the improvements. The prototype was first used in New York in 1961, to finance street and drain construction.) “Sometimes you have to be a little bit creative when it comes to the financing mechanisms,” she says.

Another one of McCarthy’s projects, based on the town’s Master Plan, is downtown redevelopment.  “When I was hired two and a half years ago, I was told that downtown was one of the areas that the town wanted to concentrate on revitalizing,” she says. “I formed a non-profit group called the Friends of Stoughton Center. We have close to 140 members. It’s made up, not just of business people, but also of residents and anybody that has an interest in revitalizing the downtown. They have several committees; for example, a beautification committee that’s just interested in transforming the look of the downtown. They put up planters on the light poles and at ground level. They just started purchasing furniture for areas where we can make it a little more welcoming for people to come and sit down. They also have a social media committee, so people can get information about what’s happening in downtown and they’re concentrating on trying to have events to bring people downtown. We also have groups that concentrate on business relations and events.”

“I’m going to be applying for a Community Development Block Grant in order to have a sign and façade program downtown to increase the aesthetics of the area,” she adds. “I also recently got a grant from one of the regional planning agencies called the Metropolitan Area Planning Council to do a parking management plan. And a group called The Friends of the State Theater has been trying to raise money to renovate a theater in the downtown area, which if successful will be an anchor to the downtown. I think it would spur a lot more development and more restaurants popping up. So that’s something in the works.”

Noreen O’Toole is Stoughton’s Town Planner. She talks about some of the town’s sustainable practices and programs: “In Massachusetts, we have a program out of the Department of Energy Resources called the Green Communities Program. There are certain criteria which have to be met in order to become a Green Community. The Town of Stoughton became a Green Community last year and we were able to get a grant for $209,000 to do some of the energy-saving projects that we wanted to do. We created our own energy audit program and we found that our highest users in the town were our pumping stations. So, I worked with the DPW (Department of Public Works) to update all of our infrastructure and our software in those stations. I had a remaining balance of about $60,000 and I updated the fixtures throughout the town with LED lights. We haven’t finished that, as of yet, because we have 2,100 lights in town, so I do have some more lights to update. I’m going after another program in Green Communities; I’m trying to get another $150,000 to finish the town, so that everything will be LED.”

“We’re in the process of building a hundred-room hotel,” O’Toole adds. “We’ve asked all the developers and contractors to install electric charging stations and we haven’t had any pushback.” Another major project in Stoughton is a new high school, which will be built with “green” practices in mind. “They’re going to be breaking ground, soon,” says McCarthy. “That is something that will attract new residents and possibly businesses to the area that would like to relocate to Stoughton.”

Also planned is a $14 million renovation and expansion of the town’s 1969-era library. The updated structure will have 30,000 square feet of space, be fully handicap accessible, and better able to accommodate the technology needs of the 21st century, while still providing a welcoming space for the community to come together.

“So, we’re not just talking about it,” says McCarthy, summing up Stoughton’s action-oriented agenda as it continues to realize the elements of its Master Plan. “We’re actually taking the plans that the community has been working on and finding ways to work with our regional planning agencies and state agencies to try and make these things actually happen.”

WHO: Stoughton, Massachusetts
WHAT: A town of 28,000
WHERE: Norfolk County, midway between Boston and Providence RI
WEBSITE: www.stoughton.org 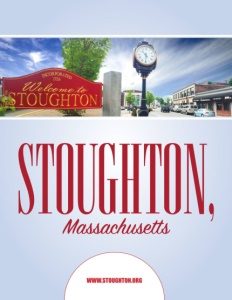