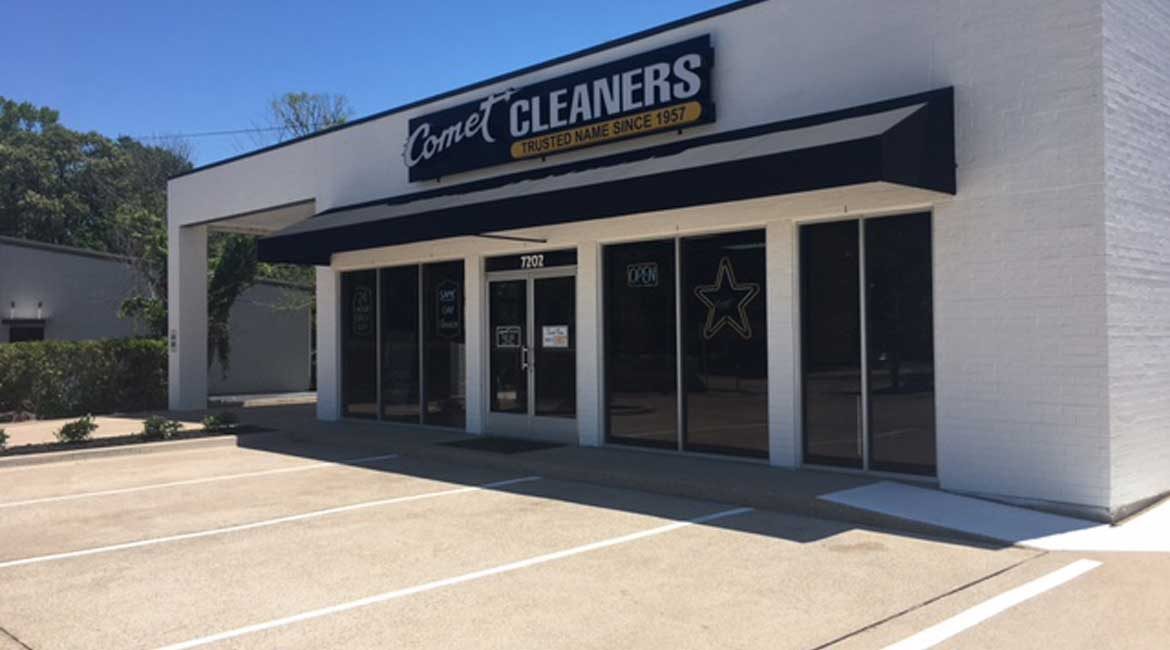 Jack Godfrey Jr. is President and CEO of Comet Cleaners, the largest, family-owned dry cleaning franchise in America, and the third generation of owners of the company that his grandfather started in the 1920s. Both Jack’s grandfather and father, Jack Sr., were pioneers in the industry, evolving and innovating it with new techniques and systems as their empire grew, at one point, to over 600 full-service dry cleaning establishments across the United States and northern Mexico.

When Godfrey took over the company from his father in 2007, his mission was to modernize its business model in the same manner that his forebears did in modernizing its technology. “When I bought the business from my dad, ten years ago, it was almost like a start-up business because my grandfather’s and my dad’s philosophy was a little different from mine,” he explains. “My grandfather started the business in the 1920s, and back in the ‘30s, ‘40s, and ‘50s, franchising didn’t have a very good name. And that’s really why my grandfather and dad shied away from it for so long. But, I tried to get my dad to look at becoming a true franchise organization instead of more of a licensing organization – I even had to convince myself and my partner of it because we both grew up in the business and we were indoctrinated with the same old licensing philosophy for all of our lives.”

Ultimately, though, Godfrey believed that the licensing relationship wasn’t helping Comet Cleaners maintain its good reputation. “When my dad put these people in business, he put a sticker on the front door that said: ‘This Store is Independently Owned and Operated.’ So, that sent a message to them that they could get to do whatever they wanted to. Somebody might sell the store to another person and a lot of times they wouldn’t even have to cross paths with us. I just took over two existing Comet stores; they used to belong to my uncle and he put them in back in the ‘90s and sold them before he passed away in 2003. So, the stores had been in the hands of this other manager for 14 years and they were nasty and filthy; they never cleaned them. And what I try to teach people in the dry cleaning business is that cleanliness is next to godliness. You’re telling people to bring their dirty clothes, but if you bring them into a dirty environment, I don’t see how your customers are going to believe that their clothes are going to be kept very well. So, we wanted a true franchise organization where the franchisee is a true partner and you’re always involved with them, and you’re always in their stores helping them, and you have an incentive to keep them profitable, and keep them happy.”

When Godfrey and his partner, Chris Ball, began transferring licensed units to franchised ones with standardized systems and branding in place, he knew that some people weren’t going to conform. But they were fine with people opting out. “When Chris and I took over from my dad, we probably had over 300 stores in the system,” he says. “But we also knew we had some people out there that weren’t going to buy into our changes and philosophy, going forward. We ended up losing some stores along the way; we knew that was going to happen. But we were going to get very serious about inspections and going in the direction we wanted to go. I am a freak about stores being in impeccable condition.” So, even though the store count dropped from about 300 licensed units to its current level of 200 franchises, Godfrey says that they’re actually taking in more revenue. “We’re charging a five percent royalty on these new stores and we’ve got people who are willing to step up and pay it,” he states. “And those people are going to have a hundred percent of my attention going forward.”

Godfrey adds that Comet Cleaners is still trying to improve its brand, just like his father did back in 1994, when the industry moved from the use of Perchlorethylene as a cleaning solvent to a new hydrocarbon-based one, developed by the Exxon Corporation. “He took that new solvent to the manufacturer of our dry cleaning machines and showed them how to try and remake the machines,” he recounts. “And, honestly, I would not go back to Perchlorethylene, because the petroleum-based solvent is the best solvent to this day for dry cleaning. And that’s what I use in all my stores. It gets the clothes pressed much better; they finish much better. And it’s really excellent for the silks and linens and wools. I wouldn’t go back to Perchlorethylene for all the tea in China – it’s real harsh on the garments and it doesn’t preserve them like the petroleum-based solvent does.”

In addition, Comet Cleaners is still expanding – it just opened ten new stores in the San Antonio, Texas area. “We’re going to keep moving forward, and I’m very involved in the start-up of every location,” Godfrey says. “We’ve got some very good strategic partners that we work with. The manufacturer of the drycleaning pressing machines is the same company we were using back in the ‘50s and they still have the best pressing machines in the industry; I’ve got a really good franchise consultant that I’ve been working with for the last ten years and he’s taught me a lot.”

So, there seems to be nothing stopping this almost 100-year-old business from continuing to thrive. “I believe wholeheartedly in the dry cleaning business,” Godfrey declares. “And franchising is a great way for businesses to expand and the best way to put in multiple locations throughout the world. I think it’s the only way to go. The business has an awesome future but only if you’re going to run it very professionally. So, we’re trying to build a world-class organization. We’re not trying to say we know everything, but we know enough to go down that road.” 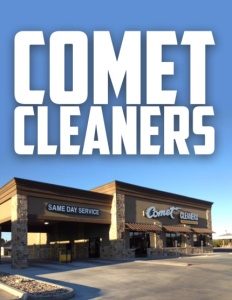