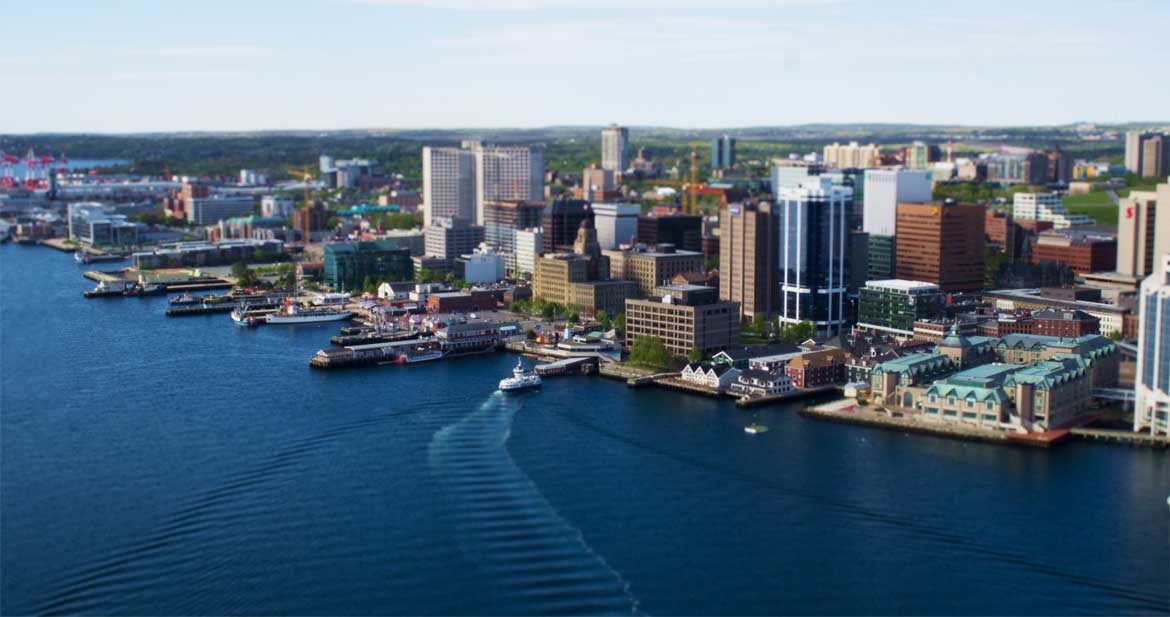 Business View Magazine interviews representatives from Halifax, Nova Scotia, as part of our focus on best practices of Canadian cities

Halifax, Nova Scotia, also known as the Halifax Regional Municipality (HRM), is the capital of the province with a population of approximately 425,000 – 40 percent of the Nova Scotia’s total population. It is the major economic center of Atlantic Canada, and serves as the business, banking, government, and cultural center for the Maritime region. The area was originally inhabited by the Mi’kmaq Peoples who saw the first European settlers arrive in the early 1600s. The British took over the area in 1749, when 1,176 settlers and their families came to the peninsula, named it after George Montagu-Dunk, the 2nd Earl of Halifax, and erected several forts to defend it against attack by the French and the native tribes.

Today, the HRM consists of four former municipalities that were amalgamated in 1996: Halifax, Dartmouth, Bedford, and the Municipality of Halifax County, with a combined land area that exceeds 5,500 square kilometers. Halifax’s urban core is surrounded by rural areas to the east, west, and north; the Atlantic Ocean lies to the south. Agriculture, fishing, mining, forestry, and natural gas extraction are major resource industries in the municipality’s rural areas. The largest employment sectors in the city include trade, healthcare, professional services, education, and public administration. Major economic generators include Canada’s Department of National Defense, the Port of Halifax, the Irving Shipbuilding Company, several colleges and universities, and tourism.

“Halifax has traditionally been known as a great place to visit,” says Ron Hanlon, President and CEO of Halifax Partnership, HRM’s economic development organization. “But what a lot of people in Canada and worldwide don’t know is that we’re a very exciting, innovative, and vibrant community with all kinds of cool stuff happening.” So, in order to get the word out about the HRM’s advantages, as both a great place to live as well as a great place to do business, Hanlon says that, last year, the Partnership launched a new economic strategic plan with some very ambitious goals.

“The city is currently around 425,000 people with about an $18 billion GDP,” he reports. “And we’re going to grow that to 550,000 people and a GDP of about $30 billion by 2031. That’s a compounded annual growth of close to two percent on population and three percent on GDP. The good news is, through our first year, we’re on track to do that. In the past few years, Halifax was in the top three cities in Canada in terms of GDP growth; this past year, we grew our population in the city by about two percent, which is the fastest growth on record.”

Part of the Partnership’s message is that businesses should come to Halifax because of its TLC – Talent, Location, and Cost. “We have the most highly educated workforce in Canada,” boasts Hanlon, speaking about the first prerequisite. “We’re blessed with seven universities and colleges right within the city, like Dalhousie, which are leaders in technologies like lithium/ion battery technologies, and advanced bio-tech technologies. We have St. Mary’s University, which is Canada’s international university with the highest content of international students of any university in Canada. We talk, daily, to companies that are looking to expand their footprint, who are looking at growing or moving to a location and in our knowledge-based economy, it’s all centered around talent. ‘Am I going to be able to hire the talented people that I need to grow my company, and am I going to be able to keep them?’ they ask. And Halifax is most uniquely positioned as a great place to bring your company and grow your company.”

Regarding location, Hanlon says, “We’re blessed with a wonderful ocean next to us, so our ocean sector is vibrant and active. Being a huge, natural port here in Halifax, on the very edge of the continent, from a transportation and logistics standpoint, we’re a great place to build an export or import business. We have the unique advantage to be the first major port of call on the shipping lanes from Asia and Europe that hit the east coast. We also have the largest amount of military assets in Canada with a long-term shipbuilding contract which includes the Arctic Patrol and the defense component of our combat ships – a multi-decade contract. That provides a huge lift for our manufacturing growth. We’re one of the few communities in Canada showing manufacturing growth increase. That’s largely due to that contract which doesn’t just benefit the shipyard, but also all the other feeder companies around the city and province, and, frankly, around the country.”

Finally, there’s the cost component. “We have an advantage relative to U.S. companies with respect to the cost of currency,” Hanlon says. “But even beyond that, Class A office space is $30-32 a square foot, overlooking Halifax Harbour, fully-renovated on a seven-year term. And you can’t get that anywhere else in the world. So, we’ve got the universities, we’ve got the lifestyle that supports the retention and ability to keep talented people once they’re here, and we’re a very cost-effective place to do business relative to other cities in North America and the world – TLC.”

While Hanlon and the Halifax Partnership are busy touting the HRM’s advantages and amenities to prospective new businesses and residents, Bob Bjerke, the city’s Chief Planner is making sure that the municipality can live up to the  pretty picture painted by its very enthusiastic boosters. And since coming on board in 2014, Bjerke has overseen several new plans and initiatives that are helping to drive some changes in the way Halifax develops.

The Centre Plan, now under development, is a land-use planning solution, designed to direct regional growth and sustainable development in HRM’s downtown areas. “We’ve seen more development in the center of the municipality,” says Bjerke. “And a lot more focus on residential development in downtown and in the regional center.” The Integrated Mobility Plan focuses on shifting HRM’s transportation demand toward transit and active transportation modes in support of more integrated land-use and transportation planning. “This is something we haven’t done in a long time,” Bjerke says, “taking a comprehensive look at our transportation network in a way that reflects the way we want to grow into the future. This is going to drive where we see our investments happening and how we support the fact that in the center of the city, we’ve got 50 percent of the people who walk or bike to work, which is a very attractive feature for people looking to relocate to urban spaces.”

Halifax also has a Community Energy Plan, and the municipality has done a lot of work on its own facilities, including a geothermal system which is the first, large-scale use of a seasonal coldwater energy source. Bjerke explains: “Using a vast cold-water resource right on our doorstep – Halifax Harbour – the system harvests cold energy from seawater during winter months to chill an underground rock mass and then uses the stored thermal energy to meet air conditioning needs in warmer months by using 100 percent renewable energy. We’ve also looked at adding solar as a key component,” he adds. “Not just on municipal buildings, but we have a very successful program to help homeowners put solar on their homes. We’ve got 400 property owners who have taken us up on that.”

In addition, the city has made great strides in reducing its CO2 output by incorporating LEED standards into new buildings and converting some heating systems from oil to natural gas. It has made improvements to the Dartmouth Sportsplex, the Metro Transit Facility, the LEED Gold BMO Centre, the LEED-certified Gordon R. Snow Community Centre, Cole Harbour Place, and the Centennial Pool. It is also working toward replacing some of its city vehicles with electric vehicles or ones that will use compressed natural gas (CNG) fuel.

The Halifax Green Network Plan is a comprehensive ecosystem-based plan for the sustainable use and conservation of the region’s network of green spaces and natural assets. “Council has made some pretty strong commitments to regional parks and that focus has continued,” says Bjerke. “And we’ve been doing a lot of planting. Halifax has a fantastic urban forest canopy and we’re committed to maintaining it into the future.”

Finally, Bjerke reports that the city is, at last, planning to demolish the Cogswell Interchange, a multi-level highway interchange in downtown Halifax that was developed in the 1970s for a highway project that was never fully realized. The Interchange occupies a vast amount of prime land, poses a barrier to pedestrian movement, is functionally obsolete, is increasingly expensive to maintain, and separates downtown from the city’s North End and the waterfront from the uphill areas. “We’re liberating this amazing piece of infrastructure to make it part of the downtown, make it more walkable, and open up more prime development land to see the downtown connect more with the residential neighborhoods around it and, at the same time, get some more park space and better transit connections,” he states.

As one of Halifax’s major fans, Ron Hanlon has the last word: “Halifax is an exciting, interesting, vibrant place and we believe that we’re the best deal in Canada. We’ve got a great city. We’re a great tourist destination; we’re a great place to do business. Come have a look.”

WHO: Halifax, Nova Scotia
WHAT: A municipality of 425,000
WHERE: Northeastern Canada
WEBSITE: www.halifax.ca

Barrington Consulting Group Inc. – Headquartered in Nova Scotia, Canada, Barrington Consulting Group’s primary focus is working with public sector organizations to help strategize, plan, and implement change through its business and information technology consulting services. The company was created in January of 2004 and has grown to over 50 professional, full-time consultants delivering exceptional services to its regional and international clients. It has offices in New Brunswick, Canada, and Port of Spain, Trinidad and Tobago. Through its partnerships with affiliated international firms and its collaborative approach to projects, it leverages knowledge of both the local and international environments to bring continuity, international best practices and enhanced value to its clients. – www.barringtongrp.ca

Bulletproof Solutions Inc. – Bulletproof is a premiere technology company founded in Atlantic Canada in 2000. The organization began as an IT company that worked initially with small to medium businesses with a focus on security and networking. Over the years, Bulletproof’s offerings have grown to include infrastructure consulting services, learning solutions, quality assurance, and professional services. – www.bulletproofsi.com 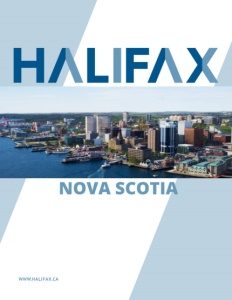