Battle Creek is a well-known Michigan city located in northwest Calhoun County at the confluence of the Kalamazoo and Battle Creek rivers. It is the principal city of the Battle Creek, Michigan Metropolitan Statistical Area, which encompasses all of Calhoun County. Battle Creek, itself, got its name from an actual battle between government land surveyors and a small number of Native Americans that took place more than 175 years ago. In 1831, pioneer Sands McCamly came upon Battle Creek and thought it was a great spot for a settlement. He encouraged other pioneers, mainly Quakers, to join him and by the 1840s the area was prospering. At that time, Battle Creek was known for its grain, flour and saw mill centers and different types of goods were being shipped around the world from the town. During the latter half of the 19th century, Battle Creek had a large population, industries were thriving and many important people made it their home, notably Dr. John Harvey Kellogg and C.W. Post.

Dr. John Harvey Kellogg was the director of the world-renowned Battle Creek Sanitarium (“the San”) – a high-end spa where you could “get healthy” and the doctors were known for their medical expertise and futuristic ideas. The Sanitarium still stands in Battle Creek as a federal building. Eventually, C. W. Post came to the San as a patient and ended up opening his own spa and creating a variety of healthy products. W. K. Kellogg was working for his brother at the San and ultimately decided to create his own business. He was known for his innovative advertising and to this day Battle Creek is known as “Cereal City.”

The community of Battle Creek is proud of its history and its promising future of providing the world’s leading food brands, research, and training. The city is revitalizing its downtown to accommodate food science and other innovation industries. Nearby rivers and forests, numerous parks and recreational opportunities, and the world-class Binder Park Zoo make Battle Creek a family-friendly area for residents and visitors, alike. 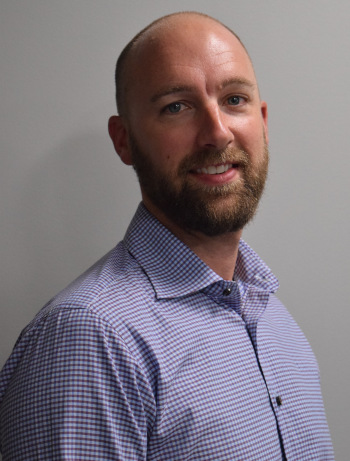 Eric Feldt, Battle Creek City Planner, describes Battle Creek as “a medium-sized Michigan city with a fairly large residential population (approx. 52,000), a historic central downtown area with restaurants and activities, large office companies, and a developed industrial park which has attracted domestic and international companies.” The city enjoys a mix of industrial and commercial businesses from service industries to hotel accommodations, restaurants, and various automobile production plants. The City and the Michigan Economic Development Corporation offers a variety of incentive tools to help with  business attraction and retention.

Kellogg is still a major employer in “Cereal City” and a good source of tax revenue. Battle Creek has its own income tax in addition to the state income tax. The Kellogg corporate headquarters is located in downtown Battle Creek and the Kellogg Foundation building (one of the wealthiest global Foundations) is also located downtown. Andy Helmboldt, Chair of Sustainable Battle Creek, reports, “Cereal is still made here by the Kellogg company and Post. Kellogg also has a research & development facility here that is part of the white collar jobs. So cereal is still a significant part of the local employment scene.”

From a residential standpoint, the suburban or non-downtown living condition is still in high demand in Battle Creek, but currently there is a 83-unit apartment complex under construction downtown that already has moving people in. That large project is designed to attract the millennial group and baby boomers who are wanting to move out of the suburbs and into a more walkable downtown lifestyle. According to Helmboldt, “That project involves an art deco style sky scraper that has been vacant for a couple decades and is being redeveloped by some local Michigan developers with a great amount of support from the state and local interests and foundations. So that’s been an exciting development here.”

Within the green program element, the City of Battle Creek adopted a new Environmental Sustainability Plan in Feb. 2019 that touches on energy, water, transportation, and other common issues. What makes this plan unique is that it is primarily affecting city elements – building improvements for energy and efficiency, the way buildings are used by the staff, in addition to land use, which has more of an external approach looking at zoning and efficiencies in land usage.

The city is also updating its 2006 non-motorized transportation plan. Feldt explains, “We envision putting in additional bike paths; connecting subdivisions that are only connected by roads, looking at short connectors via footpaths, enhancing existing boat launches for kayak and canoe use. Both the Battle Creek River and the Kalamazoo River go through the downtown area. Our part of those river sections aren’t very deep, not great for motorboats, instead they attract canoers and kayakers, so the new plan will have updated focus areas and some programming. That piggybacks onto the Environmental Sustainability Plan, which does have a chapter about transportation.” 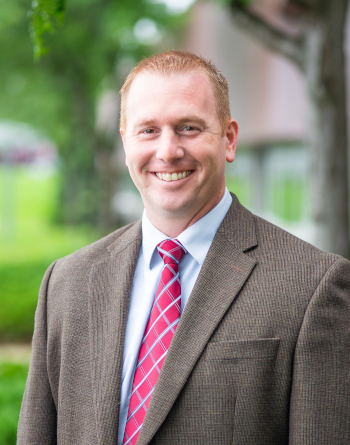 On the infrastructure front, Battle Creek has a myriad of projects, either completed or on the go, throughout its municipal divisions. These include a secondary improvement project that put in high-efficiency blowers and has significantly reduced energy consumption at the wastewater treatment plant; a large fleet of passenger trucks and three buses that run off propane; Congestion Mitigation Air Quality grants to fund a dozen signal optimizations in the downtown area; installation of high-efficiency motors at the water treatment facility pumping station; and adoption of stormwater standards to meet volume and quality discharge limits. Carl Fedders, City Engineer / Assistant Director of Public Works, notes, “Probably the most interesting project, which we’re in the pilot stages of now, is the compost project at our wastewater treatment plant to deal with biosolids at the end of that process. Sustainability is built into all the things we do. Typically, any kind of efficiency or ‘green’ solution to a problem ends up saving us money.”

Feldt adds, “Back in 2006/07, the city entered into a contract with a company to assist in upgrading a lot of building elements in our city hall in our previous police department building – replacing regular lighting with LEDs; low-flow toilets; converting holiday (Christmas) lighting to LEDs, etc. Looking at the baseline costs before the upgrades took place and tracking those since 2008, there is an approx. average savings per year of $130,000. In the new Environmental Sustainability Plan, we’re looking at how to track various buildings’ electrical and water and gas usage to form baseline energy usage data to learn which areas of the building we can start addressing to improve efficiency and save money. And how to get on to more renewable energy sources. Kind of a triple bottom line.”

“We’re really starting to get serious about the concept,” says Helmboldt, “figuring out how to systematically treat the whole municipality as one entity that has sustainability at heart. Part of the challenge of a municipality like Battle Creek is it’s very decentralized. There are a lot of different business units and departments with their own buildings and facilities, which means more than 100 electric bills, for example. So it’s pretty complicated to determine how much energy we’re actually using. But we’re committed with the Sustainability Plan to sort this out, by building customized internal systems to determine base lines and find ways of being more efficient and sustainable.”

Battle Creek has been designated an All-American City by the National Civic League, a source of great pride to every citizen. It recognizes communities across the country for hard work, local initiatives and collaboration, and civic engagement. The city partnered with the Battle Creek Community Foundation and BC Vision on that application.

Speaking to important aspects for future growth, Feldt shares, “ Two main things – one, our downtown is undergoing a renaissance. Adding a lot of live / work options and attracting developers who have moved back to Battle Creek as residents and are investing in the community through new office ventures, new brewery opportunities, etc. That’s a major positive area of impact in the last few years. And secondly, just making the outdoor lifestyle great for Battle Creek. Much more than an urban lifestyle with parks, it’s how interconnected and accessible our neighborhoods are to those places, whether it’s an easy walk or bike ride to a park, or a five-minute drive by car to a launch site at the river for your kayak or canoe, or a short ride or walk to a place to get something to eat.

“We also have a relatively low barrier cost of entry, our housing costs are generally lower than other mid-sized cities. Also there’s a huge range in housing costs, as well, providing further accessibility for people to live here and enjoy the outdoors. There is a real recognition that we need to redevelop the central neighborhoods surrounding our downtown, and our growth as a community is going to come from the redevelopment of these historical neighborhoods.”

Baytown, Texas – A time of significant...