The City of Norco, California

Business View Magazine interviews representatives from the City of Norco, CA, as part of our series on best practices of American towns and cities.

The Southern California City of Norco is located in Riverside County, in the heart of the rapidly growing Inland Empire region (population 4.4 million). While it is just 50 miles from downtown Los Angles, its personality could not be more different. Norco is an animal-keeping, equestrian-oriented community of approximately 25,000, where residents enjoy over 400 acres of parkland and one of the largest networks of horse trails in the nation, earning Norco the nickname – which evolved into an official trademark – “Horsetown USA.” In fact, there are few sidewalks in the City of Norco. Instead, there are horse trails. And riders can tour the City, tying their horses to hitching posts or corrals near stores and businesses.

Norco was incorporated in 1964, but was actually founded in 1923. Its name is a portmanteau of North Corona, as in the North Corona Land Company, whose leader, Rex Clark, had a vision of a utopian settlement of independent farmers who populated the area at the time, growing peaches, pears, apricots, alfalfa, peanuts, and sweet potatoes. Many people bought into Clark’s vision, building modest homes, planting gardens, and raising animals. Horses were a significant part of early Norco’s everyday life, used for transportation, recreation, and farming. Many streets were lined with trees, creating picturesque, de facto equestrian trails—a precursor to the 140 miles of horse trails that meander through the City today.

The equestrian lifestyle is so central to Norco’s identity that the City operates the George Ingalls Event Center, one of the premier equestrian venues in the nation. Many horse-related associations are a part of community life there, including the Norco Horsemen’s Association and Horsetown USA Hall of Fame. Events highlighting Norco’s devotion to its equine disposition include Horseweek, National Day of the American Cowboy, the Norco Fair, and a PRCA-sanctioned rodeo. The celebrity horses that work on Main Street at Disneyland are trained at The Walt Disney Company’s Circle D Ranch in Norco, and the City has been featured in multiple television shows and commercials thanks to an aggressive effort to attract productions here.

A true patriotic spirit is also evident in Norco, where the stripes on downtown’s Sixth Street are painted red, white, and blue, and banners of heroic veterans hang from light standards. That boulevard leads the way to the Veterans Memorial Plaza at the Ingalls Event Center, a scenic, spiritual venue whose impressive scale is more likely to be associated with cities 10 times Norco’s population.

A recent addition to the Norco community is SilverLakes, a 150-acre, multi-use sports park, which includes 28 youth soccer fields, equestrian facilities and 100 acres of special event areas. Managed through a public-private partnership, the park is designed to function as a venue for regional, state, and national horse shows, soccer tournaments, and a variety of community, corporate, and cultural events. Since opening four years ago, SilverLakes now attracts more than 1.5 million people to Norco annually, with that figure ultimately expected to double, now that a full calendar of festivals and concerts featuring Grammy Award-winning artists is being presented.

And since both event centers draw people from all over the state, the country, and even internationally, City Manager Andy Okoro reports that one of Norco’s economic development strategies is to capitalize on that inflow of visitors by developing more hospitality-based businesses. “Over the last several years, we’ve focused our attention on building hotels here,” he states, citing Tru by Hilton, WoodSpring Suites, Holiday Inn Express, and other prominent brands. “Several projects have been approved for development to make sure the City financially benefits from visitors touring Norco.”

According to Okoro, Norco’s four major employers are the Naval Surface Warfare Center, responsible for the combat readiness of the entire U.S. Fleet; the Corona-Norco Unified School District; the California Rehabilitation Center, a state prison; and Norco College, a 12,000-student campus of Riverside Community College known for its pioneering Center for Applied Competitive Technologies. But since these public facilities take up a great deal of the City’s land mass and don’t pay any taxes into its general fund, Norco needs to look elsewhere for its revenue.

“We’ve successfully attracted hospitality-based businesses, but also retail businesses, light industrial manufacturing, and some small warehouses,” Okoro relates. “On the retail side, the key driver of our revenue is automobile dealerships, and our strategically-located auto mall generates significant tax revenue to the City’s general fund.” Given Norco’s success with the auto industry, Okoro reports the City Council recently approved a CarMax dealership to further enhance that revenue stream. “CarMax is the largest retailer of automobiles in the United States, and the fact that they’ve chosen to build a dealership here in Norco is very significant.”

“We also have strong retail establishments spread throughout the City,” Okoro adds. “About a year-and-a-half ago, we opened a major shopping center here and construction of another one has started on downtown’s Sixth Street.” Among the tenants of the new center is Grocery Outlet, the buzz-worthy chain introducing new concepts in food retailing. Many top brands have excelled in Norco prior to expanding throughout California, such as Floor & Decor, WinCo Foods, Tractor Supply Company, and Hobby Lobby.

“On the industrial side, Norco is home to the global headquarters of the E-Z Up Corporation and we’ve seen a major investment by CapRock Partners, one of the largest industrial developers in the nation,” Okoro reports. Newport Beach, California-based CapRock acquired 23-acres in Norco and recently completed the 425,000-square-foot, state-of-the-art Saddle Ranch Park. Located less than a mile from Interstate 15, the business park is comprised of four buildings ranging in size from 70,000 to 160,000 square feet. Demonstrating the company’s confidence in Norco, CapRock has proposed the 110-acre Palomino Business Park on the south side of the City. “The goal, of course, is to attract employment here,” Okoro notes, “but also with the hope that some of these manufacturers will use the facility as a point-of-sale to generate sales tax for the City.”

Okoro explains where some of those tax dollars go: “Over the last three or four years, the City has completed extensive storm drain, water and sewer, and trail projects.” The City Manager reports that in the current fiscal year, Norco plans to spend over $30 million on infrastructure, much of it going toward replacing water and sewer lines, building additional storage capacity for the water system, and extensive work on streets and storm drains. “For a municipality of our size, $30 million in annual spending on infrastructure projects is very significant,” says Okoro. “But the City is financially strong because of its balanced economic base, and we’re in a position where we can sustain the services we provide to our residents on a long-term basis – both public safety and infrastructure.”

Okoro adds that the City is also constantly looking at ways to promulgate sustainable initiatives, one of which is decidedly particular to Horsetown USA. “About five years ago, we completed a study on how to convert our horse manure to electricity,” he recounts. “It’s been said that Norco has more horses than people. That means a lot of horse manure is generated, so the City has been looking at how to leverage our excess resources to generate electricity.” The City partnered with Waste Management, one of the largest refuse disposal companies in the United States, to study the concept. Although the project was determined to be feasible, Okoro explains that high costs and California’s stringent environmental requirements forced it to be temporarily shelved. However, the City continues to meet with Waste Management every year to review improvements in technology that would make that project viable. “Ultimately, this is a project we can conduct to encourage green energy development,” he states. 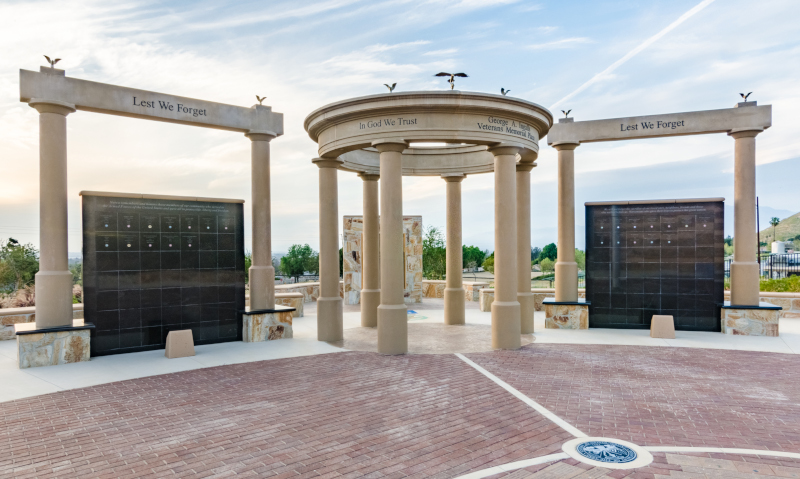 Citing other green initiatives, Okoro remarks, “We recently received a grant to plant over 1,200 trees in the City to address climate issues and make the City’s neighborhoods even more desirable.” Sustainability is an increasingly important concept for Norco leaders. “We’re also looking at projects that will build several charging stations here, because electric vehicles are increasingly prevalent in California and we want to accommodate changing trends in Norco.” SilverLakes currently offers multiple electric vehicle charging receptacles and the City of Norco is working toward making access for motorists even easier.

Summing up the appeal of the City, Okoro maintains, “The Norco community is very passionate about the lifestyle that its founders valued. It’s a very safe place to live and its location is ideal for both residents and business investors, being close to major commercial centers and tourist attractions throughout the region. Norco is truly a community. Residents participate in municipal government, plus there’s a tremendous amount of volunteerism and community pride here.”

Kelli Newton, the City’s Communications Manager, adds: “Sometimes Norco can be seen as an underdog, but we really have an ability to accomplish projects to a high level, with significantly less resources – financial and staff-wise – than cities that are much larger than us.” That ability to do more with less continually distinguishes Norco, both in terms of economics and quality of life. Economic Development Consultant Roger Grody, states: “As a small town, people are impressed with the level on which we’re able to innovate and compete with larger cities. And we do all of that without compromising the lifestyle or our unique identity.”

An hour from downtown Los Angeles and half an hour from “The Happiest Place on Earth” (whose horses enjoy returning home to Horsetown USA), the City of Norco preserves a unique quality of life for its residents while its businesses fully participate in the massive Southern California market.

WHO: The City of Norco, California

WHERE: In Riverside County, 50 miles east of Los Angeles