Business View Magazine interviews representatives from LITO, as part of our focus on best practices in the Canadian transportation sector.

LITO Motorcycles was founded in Montreal, Quebec in 2009 by Jean-Pierre Legris, whose mission was to build the best electric motorcycle he could, based on five guiding principles: leading-edge innovation, award-winning design, superior quality, best-in-class performance, and exclusivity. In 2014, his company introduced its first generation Sora – the world’s first electric superbike.

Without the rattle of an internal combustion engine, the first generation Sora delivered a smoother ride that was more stable than a standard gas-powered cruiser in turns and at high speeds. The hand-assembled 12 kWh lithium-ion battery, which can be charged via a standard household electrical outlet, produced 40 kW of power. The bike was capable of reaching over 120 mph and had a range of 75 highway miles and 120 miles around town. With a chassis made from carbon fiber and aluminum, the Sora featured a convenient Safe Range Mode that helped prevent running out of battery power. Riders were also able to input their destination into a touch screen GPS and the bike automatically set the maximum speed and power usage needed to arrive at the given location. 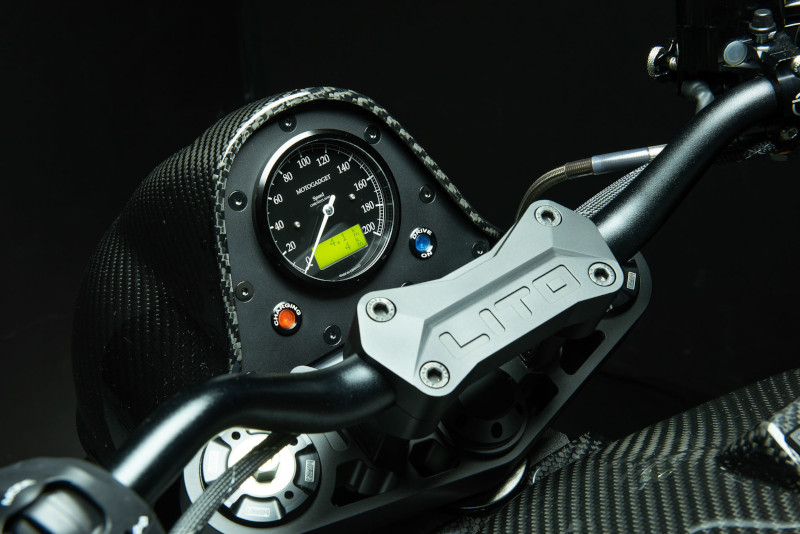 This year, LITO has introduced its second generation Sora with new features, increased range, and greater performance, while retaining many of the exclusive features first brought to electric motorcycles by the Generation 1. The Sora Generation 2 features a 3-phase, permanent magnet, AC motor that is liquid-cooled to prevent overheating. The 18 kWh battery provides 50 percent more range than the Generation 1, and has an integrated thermal management system, with a maximum range of 180 miles. The 3.3 kW on-board charger reduces charging time by half, to approximately 5 hours. The Sora produces instant, seamless acceleration from 0 to 60 mph in 3 seconds. Acceleration has been slightly improved over the Generation 1 as a result of weight savings, particularly in the Rotobox carbon wheels. The chassis continues to be lightweight aerospace grade aluminum, while the body makes use of even more carbon fiber. So, even with the improved battery and range, the new Sora weighs 550 lbs., approximately 25 lbs. less than the Generation 1.

While LITO produces, designs, and engineers most of the Sora — including its battery pack, electronics, and software — it again partnered with some of the best suppliers in the world for selected components to ensure superior quality and performance. “It was an intense year in the R&D and manufacturing of all of the components,” says Legris. “And the challenge that we had was to get the level of quality from our suppliers to reach the level of quality of the Sora, which is premium. So, last year, was the testing, R&D, manufacturing, and supply chain. Right now, we are delivering the product to customers.”

In order to get this year’s limited edition of 20 Generation 2 bikes to those select customers, Legris has hired Pierre Corriveau as Vice President for Sales & Marketing. And Corriveau’s modus operandi is straightforward: “Our niche is the exotic,” he exclaims. “Our client is the half of the one percent; they already have motorcycles or collections of exotic cars; they’re gearheads in their own way; and they’re interested in this bike because it’s new, it’s super exclusive, and it represents the future. I’m in California because 50 percent of all electric vehicles in the U.S. are in California, and 80 percent of those are in five counties – Alameda, Santa Clara, Los Angeles, Orange, and San Diego. So, while the car companies are building a new category – electric cars, we’re building a new category – electric motorcycles. It’s the affluence, the progressive mindset towards technology, environmental consciousness, and ability to pay. Here in California, you have all these elements, so our push is going to be California and southern Florida.”

In order to generate its initial buzz, the Sora Gen 2 was first unveiled, this past May, at the Quail Motorcycle Gathering, an event held annually since 2009 in Carmel, California. “That marked the beginning of a marketing push,” says Corriveau. “Then there’s our teaser website and outreach to our bank of hand-raisers from the past, and hundreds of new ones that have looked at our website. We do direct sales, but we need places where people can see and touch the motorcycle. At $82,000, some people buy it sight unseen, but many will want to see the bike in person. So, we signed up exotic car dealerships just for this purpose. The experience has worked with the first generation, where we placed the bike at the McLaren store in Beverly Hills. So, we signed up two stores around San Francisco, four around Los Angeles, one in San Diego, and one in Miami.”

“And to complement that, we have service centers because it’s important not just to make a quality bike that’s so exclusive in innovation, design, quality, and performance, but the experience has to be good, too,” he continues. “So, we signed up service centers – one in San Francisco, one in Orange County, and one in Ft. Lauderdale, Florida. These service centers are high-end race shops and they have equipment and expertise in motorcycles, so they will handle the logistics of uncrating bikes and delivering them to clients’ homes, and picking them up if they need repairs. And that’s how we will be serving our clients with the second generation. So, our approach is a little bit more organized, because we’re looking ahead at not just 20 this year, but much more volume in the second and third year. So, we had to organize in a way that allows for growth.” 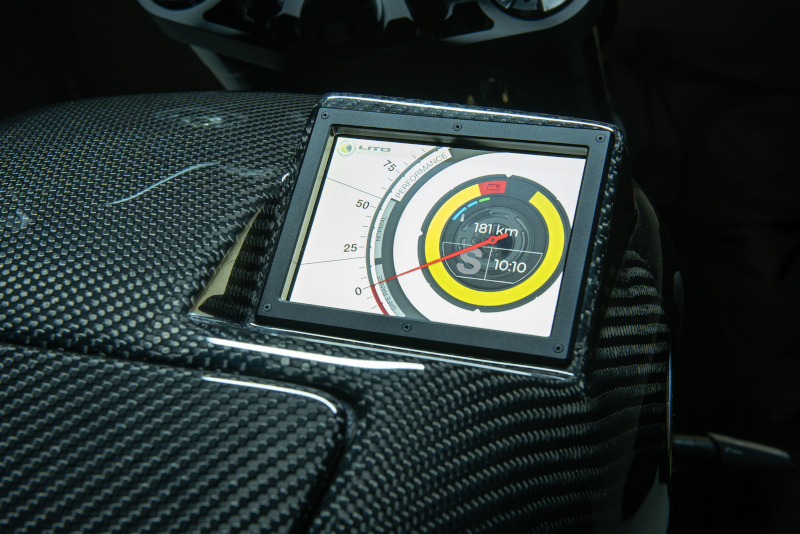 Legris adds that LITO is not simply selling motorcycles, but rather creating interest in people’s minds about the product. “We’re having more to do than just building a beautiful bike and trying to sell it,” he maintains. “We need to create a brand where people will recognize themselves and want to promote the brand because they’re attached to it. We’re not selling bubble gum, where people can buy it and if they don’t like it can throw it away and try the next flavor. At the price that we’re selling a motorcycle, we need to be much more than just the product; we need to create direct relations with our customers and then, after the brand recognition is there, people will start to buy more and more of our product. When you’re looking, right now, at the electric motorcycle market, it’s still in its infancy. So people looking to buy an electric motorcycle are still early adopters looking for a non-compromised product.

“The hard part is that when you’re reading all the comments on the traditional media, talking about motorcycles in general, everyone’s trying to compare the electric motorcycle to the gasoline motorcycle on price. But it can’t be compared that way. And if we tried to go to the mass market, we would need much more investment from our partner and ourself, and the risk would be higher than focusing on where our customers are and how much they’re willing to pay for the best electric motorcycle on the planet.”

Corriveau adds that while the planet is indeed big, when thinking about expanding geographically, LITO will be more precise in its marketing efforts. “We have motorcycles all over the world, but that happened organically,” he states. “We will expand outside the U.S., but it’s going to be very surgical. We’re going to a very specific market that combines the appetite for technology, the appetite for exclusivity, environmental concern, and the ability to pay. Germany comes to mind and is near the top of the list. We also think about Monaco, Switzerland, and a few places in Asia, such as Hong Kong or Shanghai. That’s the path as we sell this second generation.”

“Over the last ten years, we’ve learned a lot,” says Legris, in conclusion. “We’ve learned how to develop the motorcycle, of course, but also how to be a manufacturer and how to sell the motorcycle to customers. And with this new generation, we’re applying what we’ve learned to continue our way to success.”

WHAT: A manufacturer of electric motorcycles

UCC Industries International – Your partners in...