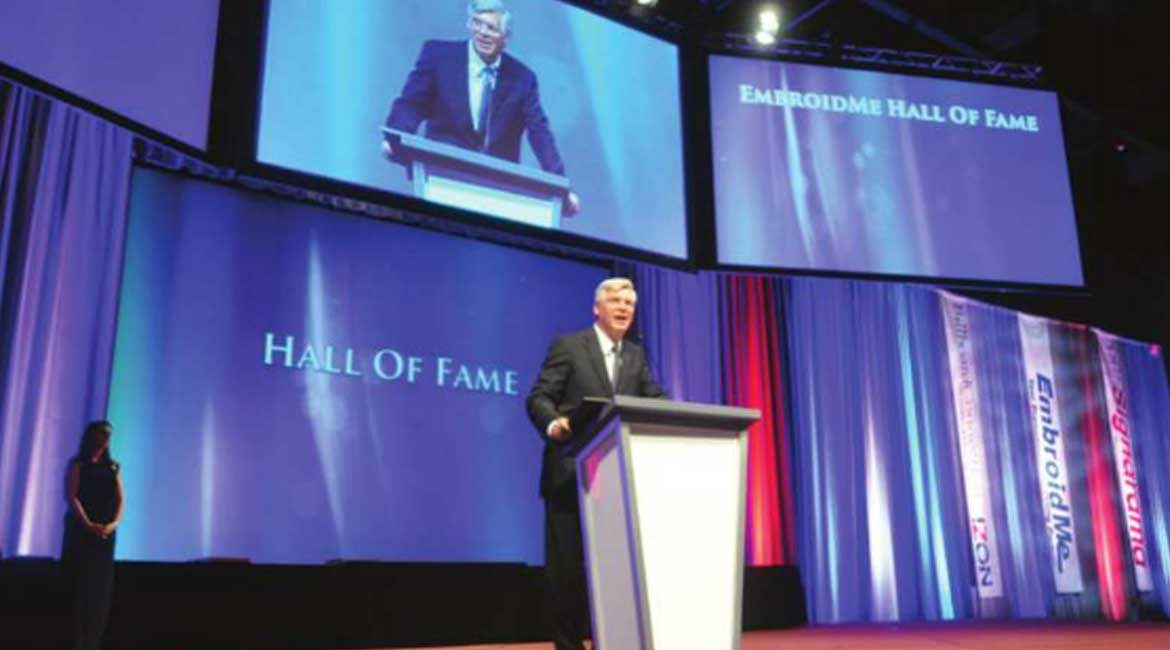 The Global Leader for Entrepreneurs

The United Franchise Group (UFG) was founded in 1986 by the father and son team of Roy and Ray Titus. “Roy was also the founder of Minuteman Press in the early ‘70s,” says Joe Malmuth, UFG’s Director of Franchise Development. “So the family already had years of franchising experience.” The Group’s original company was Signarama, a sign-making company which utilized a material which was new at the time in the sign making world – vinyl. “A year later they started franchising and Ray was the first salesperson,” Malmuth continues. “The first 14 years was just Signarama. Around the year 2000, we launched our second brand which was EmbroidMe.” Today, both of these companies are number one in the world in their respective industries.

Over the last several years, UFG added more brands to its roster and moved from New York to its current 50,000 square-foot, corporate headquarters in West Palm Beach, Florida. “After EmbroidMe, we added SuperGreen Solutions, which is an energy efficient products business – solar panels, wind turbines, and things of that nature,” Malmuth says. “We also added Transworld Business Advisors, which is the number-one business brokerage in the world. This past year we eclipsed over a billion dollars worth of businesses listed for sale. And we recently added Jon Smith Subs, and Venture X. Jon Smith Subs is a sub sandwich franchise, and Venture X is the first co-working space franchise. And Expericmac is about two years old – that’s our smart device repair, buy, sell, and trade franchise.” Today, UFG has close to 1,500 franchise units in over 80 countries.

Malmuth explains that, except for Signarama and EmbroidMe, all of UFG’s other franchise operations were acquired. “For example, Transworld Business Advisors has been around almost 40 years within the state of Florida. And we did a lot of business with them. So, it made sense to partner with them to franchise that brand outside of Florida,” he says. “Jon Smith Subs has been only in Palm Beach County, where we’re headquartered, for about 30 years. They got to the point where they had nine or ten locations in South Florida and all of us at the corporate office had been eating at their restaurants for years. Again, it made sense for us to connect the dots with them.”

What all of the new companies that UFG bought or partnered with had in common was their relationship with its consultancy division. “They all had a similar starting point which was Accurate Franchising Incorporated, a franchise consultancy that we have as part of the United Franchise Group umbrella. It’s not a franchised brand – it’s a division of our organization, where we work with an existing company that is very familiar with the franchising world. They’ll hire us to consult with them to build their program and maybe utilize some of our systems. The cream rises to the top and those brands become part of our organization.” UFG continues to look for, and add, fresh brands from emerging industries.

Malmuth says that while there are many other franchise companies that have multiple brands, they normally tend to concentrate on a single industry. “For example, they may be all automotive; they might be all food and beverage,” he states. “There are also one or two organizations out there that are multi-branded with different industries, but the big, key difference between us and all of them is that we’re a one-stop-shop, all-under-one-roof type of organization. We have developed a strong infrastructure to support the franchisee in every capacity. For example, for our retail brands that require some sort of a build-out, we have the real estate and construction team, in-house to handle that. So, we know we can control the level of quality that our franchisees are getting when they go into business. They’re going to have the best possible showroom, for example, or lobby, or production area, depending on the brand. Being that we have our own real estate division; we don’t outsource the finding of locations and the negotiating of leases to a random real estate agent. We have 30 years of experience in doing that and we have done it thousands of times. So, we can often get our franchisee a better deal, for example, on their retail space.”

UFG’s support network for its franchisees includes its training school. “Owners who come to the table with no background or experience really come out the other end knowing what they’re doing,” says Malmuth. “They know enough to run a successful business and find the right people to hire.” Ongoing franchisee support continues with over a 120 UFG employees spread out across the United States. “These are full-time, corporate employees of ours who are subject-matter and brand-specific. They’re marketing people; they’re technical support people,” Malmuth adds. “Within a few days, we’re able to be face-to-face with any of our franchisees at any time. We also provide them with access to different types of training content that they can not only use for themselves, but also to continue to train and develop their own people.”

When it comes to finding and vetting its potential franchisees, Malmuth says that UFG has very specific criteria, as do many other franchise companies. “If you are a hard worker, have a positive mindset, are coachable and teachable, we want to talk with you.” he states. “Successful people come from many different places. So, we found people from all different walks of life – with backgrounds in the industry, without backgrounds in the industry, and we have people successful in every segment.”

Malmuth adds, however, that more often than not, the people who do eventually become UFG franchisees are those who are aligned with the company’s core values. “One of the most interesting things about United Franchise Group is that we’re not a publicly-traded organization,” he says. We are a family-owned business. We have a lot of second and third generation employees within our company. And when people buy a franchise, they’re buying a culture; they’re buying an atmosphere; they’re buying a lot of values that the organization has built. Our culture and our value system is very much family-based.”

That value system underscores UFG’s number one, ongoing priority: the support and development of its franchisees. “When they’re successful, we’re successful,” Malmuth declares. “That is the litmus test for every decision that we make. So, if we’re looking for, or considering, or investigating, or researching something that doesn’t line up to that mission statement, we just, flat out, don’t do it. At the end of the day, the number one focus always has been, and always will be, providing the best possible training, support, and infrastructure for our franchisees – keeping them on the cutting edge.”

It’s why United Franchise Group is the global leader for entrepreneurs.

Check out this handpicked feature on Signarama – The Way to Grow Your Business.

WHAT: Umbrella company of more than 1,400 franchise locations in over 50 countries 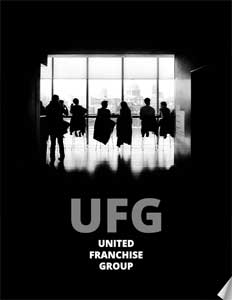