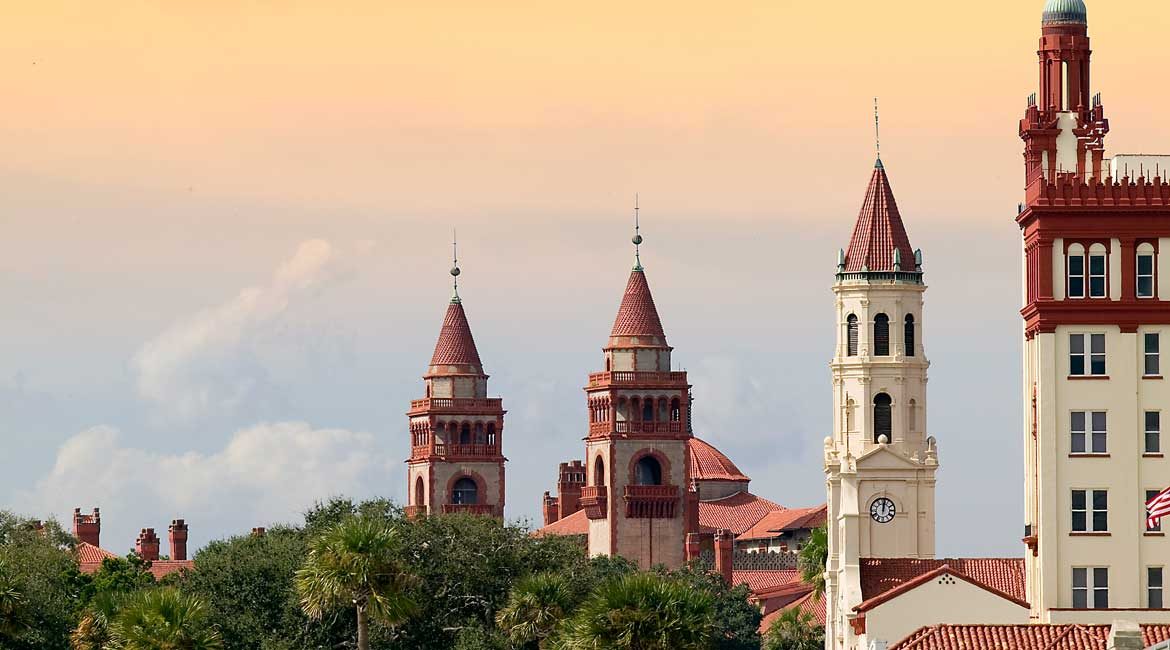 Taking its name from the St. Johns River that flows along its western border, St. Johns County was established in 1821 – one of the two original counties of Florida, created after the area was ceded to the United States from Spain. Its main city, St. Augustine, is the oldest permanent European settlement in the country. For most of its history, St. Johns County was essentially rural; its primary economic drivers being agriculture, tourism, and retail, with only a handful of major employers outside of the education, medical, and governmental sectors.

In recent years, its quality of life and a superior public school district began to lure families to the county. St. Johns County has been ranked Florida’s Healthiest County for the 6th straight year based on access to recreational amenities and health care options, among other factors. Tourism started to increase, which introduced more people to the county, but the Board of County Commissioners wanted a way to cultivate an environment for sustained business growth. Priorities began to change in 2011, when the Board of County Commissioners created the County Economic Development Department in order to implement a proactive and sustained effort to attract new businesses, retain and expand its existing ones, diversify its economic base, and create many more high-wage jobs.

“One of the things the County Commission approved back in 2014 was a new business incentive program,” says Melissa Glasgow, Director of the county’s Economic Development Department. “We wanted a program that was competitive with other areas, but was not a ‘give-away’ program to make sure that our Commission was comfortable in utilizing the tool without feeling the need for recapture measures. Keeping that in mind, we were careful to make sure that any incentives that were approved under the program were performance-based and that we only pay out tax money in what we collected in taxes, and only after the performance measures were met in terms of development, job creation, and wages paid.”

At the same time, Glasgow explains that the program was designed with great flexibility, giving the Commission the ability to negotiate for the right projects on a case-by-case basis. “It has a specific set of criteria that one can look at in order to determine eligibility,” she says. “But we also wanted to make sure that the Board felt like it had the latitude to be able to do things that may not necessarily be reflected in the program. We wanted to make sure that it covered projects and incentives that were outside its scope, so they could consider any project that came forward based on its merits – whether it be capital investment, the number of new jobs, whether they’re locating in an underutilized business area, or any other relevant factors as it relates to public investment within the county.”

Since St. Johns County established itself as a good place to do business, it has experienced tremendous growth. In fact, today, it’s the 16th fastest growing county in the United States. In the past six years, it has issued over 14,000 new single family residential permits and its population has grown to almost 230,000 residents. In 2013, CNN Money Magazine ranked St. Johns County as #5 of the “Top 25 Counties for Best Places to Live: Where the Jobs Are.” As of March 2017, the county unemployment rate was 3.3%, and its labor force has grown from 97,483 in 2010 to 119,444. Contributing to its popularity is its overall low cost of living – including having the 2nd lowest tax structure of Florida’s 67 counties – its top-ranked public school system, St. Augustine’s Flagler College, which rose to the #2 ranking in the U.S. News & World Report’s “Best Colleges Guide” for the “Best Regional Colleges in the South,” as well as its unique natural amenities such as its popular, eastern shore beaches.

Under its new incentive program, the county has attracted the first spec office project in the Northeast Florida region in the last ten years, which it was able to do because one of the program’s unique features is that it provides incentives for speculative building. “And we were also able to help an existing business– Burkhardt Distributors – grow and expand into a new corporate office and distribution facility,” says Glasgow. “That project was just approved last fall and they’ll be starting construction this summer.”

Another new project in the county is Durbin Park, a 1,600-acre property on its northern border, owned by Gate Petroleum. “It’s the first designated urban service area in the state,” Glasgow states. “It will consist of 1,600 acres – our largest concentration of urban development within the county. They anticipate having 2.8 million square feet of office; 2.4 million square feet of retail; 350 hotel rooms; and 999 multi-family units.”

Since the County Commission approved the project in 2015, the landowner has announced a joint venture with premier, retail developer Gatlin Development, to construct the first two phases of the project. Phase 1 is anticipated to open with 700,000 square feet of retail, anchored by a Wal-Mart Super Center. Home Depot will open in mid-2018, and phase 2 is slated to open in 2020. The County approved a Tax increment Financing Infrastructure Agreement that provides for a reimbursement to the developer for roads to be constructed within the development. It is performance-based so developers will be reimbursed once development occurs on the tax rolls. It is also first-come, first-serve, so it encourages developers to get in early so they have first opportunity to receive the reimbursement dollars. “We really think it’s going to change the face of the county,” says Glasgow. “It will provide a great tax boon to the county, as well as provide numerous job opportunities.”

Another master plan development that is shovel ready is Twin Creeks, which just broke ground this past April. It’s a 1,000-plus-acre, mixed-use project featuring over two million square feet of retail, commercial, office, and industrial uses, along with 3,000 residential units. Twin Creeks will also feature a unique, 14-acre Crystal Lagoons amenity ringed by sandy beaches and mixed-use developments for retail shops and residents in an area they recently named Beachwalk. “It will be the largest lagoon in Florida,” Glasgow says. “They’re building them all over the world to provide amenities into certain residential and commercial developments. Even though we are along the water, the Atlantic, the St. Johns River, and the Intercoastal Waterway, they still felt they wanted to bring a unique water amenity to their community.” The lagoon is scheduled to open this fall.

But perhaps the most significant economic development project completed in the county is Northrop Grumman’s Aircraft Integration Center of Excellence. The first phase of the $80 million, 361,000 square foot facility is complete and the second phase is underway, which will ultimately house 1,400 employees, including  400 new, high-wage manufacturing jobs. “We’re very proud of Northrop Grumman, our largest manufacturer and employer,” says Glasgow. “That was an existing business expansion project.”

“We’ve had great success in economic development since the program started almost six years ago,” Glasgow declares. “I think we provided some creative approaches to the way we do economic development, here. We’ve incorporated flexibility into our program and we’re known for being very responsive and that’s important to us. From real estate brokers, to developers, to business people, everybody is really bullish on St. Johns County.”

WHO: St. Johns County, Florida
WHAT: A county with a population of 230,000
WHERE: Northeast Florida between the St. Johns River and the Atlantic Ocean
WEBSITE: www.co.st-johns.fl.us 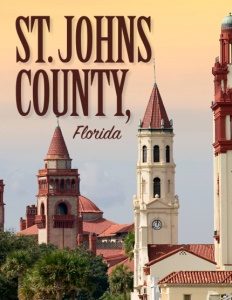