Business View Magazine interviews Stephen Molnar, Mayor of Tillsonburg, Ontario as part of our focus on Innovation in Canadian Cities.

Located in Oxford County in the heart of southwestern Ontario, about 30 miles from the city of London, Tillsonburg is known as a small town with broad shoulders. Deeply rooted in what used to be tobacco country, this community of 16,000 has an enterprising history of entrepreneurial spirit teamed with a determined rural work ethic. The municipality prides itself on a track record of positive made-in-Tillsonburg solutions and grassroots initiatives. 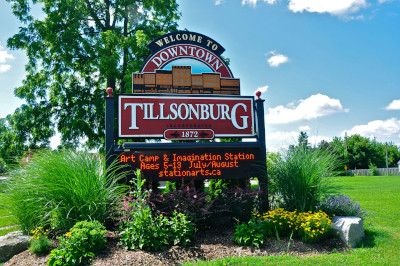 Home-grown Mayor, Stephen Molnar, has been leading that charge for more than a decade. Business View Magazine recently spoke with the Mayor about Tillsonburg’s past, present, and future. The following is an edited transcript of that conversation.

BVM: Mayor Molnar, can you give us some background on the governing structure in Tillsonburg and your objectives as Mayor?

Mayor Molnar: “I served two three-year terms as a City Councillor and 11 years as Mayor, so 17 years in this capacity, as far as community contribution. I grew up here in Tillsonburg in a family that was very involved in service clubs, social committees, non-profit agencies – both public and private sector. I guess it rubbed off.

“We are a lower tier municipality in a two-tier system in the County of Oxford. We have eight municipalities represented on the 10 member county council, which includes two elected at-large members from the city of Woodstock. Tillsonburg has seven elected officials; a mayor, deputy mayor, and five councillors elected at-large in a ward system. I’m also chair of the South Central Ontario Region Economic Development Corporation (SCOR EDC).

“Tillsonburg is unique in many ways. Our demographics, our geography and our location along neighboring county borders brings unique pressures and also exciting opportunities. We’re a town of 16,000 people, challenged with servicing a population of 80,000 to 100,000 with our infrastructure, our healthcare, our education, and other provisions. We carry a lot more weight on our shoulders than an average community of our size.”

BVM: How do you market to new businesses and residents?

Mayor Molnar: “As our tag line says, we’re ‘Connected, Enriched, Inspired’ – what’s cool about that is we reached out and understood we needed to spend a little more on our branding and our image. What I’m extremely proud of – besides the fact that our branding/logo and brand story were recognized as the Provincial Economic Development award winner in 2016 – is that this was driven from the ground up, as are so many accomplishments in our community. There were focus groups, and an ad hoc committee that reported back to council. Men, women, and our youth came together to dialogue about Tillsonburg: ‘Where are we now, what do we want to be?’

“Growth certainly brings opportunity, but very quick abrupt exponential growth can bring an entire new set of problems, whether it’s in social services, or crime, or other issues. One woman recently said to me, ‘We’ve researched all over the province. We wanted a progressive community with all the activities that people see as a benefit. What we don’t want is to change significantly the flavor of the community that we proactively selected.’ That sentiment coming from a resident went right to the heart of the matter. 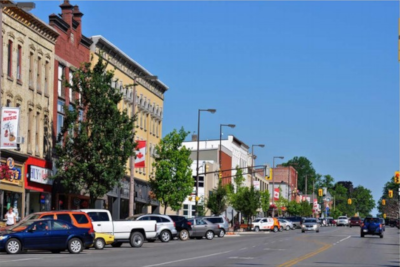 “We’re so proud of our attraction of industrial, our expansion of commercial, our downtown core, our accessibility, the way we work with priorities on infrastructure and what’s underground. All the things we believe make a responsible community that’s attractive to investment in the commercial, industrial, and residential sectors. This is not a community built on decisions that happen at council – it’s built around stakeholders, advisory groups, and visiting with industrial leaders.”

BVM: What are your major industries?

Mayor Molnar: “There is a positive blend of local companies that have grown their footprint and their exposure internationally, and a key group of international corporations that have a long-standing presence in the community. There still is a larger influence of auto and auto-related parts manufacturing, and servicing OMEs in the southwestern Ontario region – CAMI, Honda, Toyota. In the food processing industry, our two largest players have both done expansions in the last year. One doubled the physical size of their plant, the other had a moderate plant expansion, mostly doubling capacity with internal investment. Agriculture remains a key contributor throughout the region.

“Our greatest assets are we’re accessible to all main markets, and we have an abundance of skilled workers. Where we’re located on Hwy 3 used to be the main east/west access between Detroit and Buffalo. It was the 400 series highway before the 401 was built. But we’re not on a 400 series highway, now, so you have to be creative, be aware of it, and build your economies around it.

“Tobacco used to be a huge industry when I was first sitting in the mayor’s chair. And with the decline in that industry, families were being torn apart with all the pressures on the family farm. At the time, I reached out to mayors in the region and hosted a roundtable about what we could do, collectively, for our neighbors. Out of that came solutions and working with the Ministry of Agriculture, Food & Rural Affairs and others to ensure there was a certain type of funding available. We worked with the federal government on transition funding. That’s where SCOR came from – the regional economic development partnership of the counties of Norfolk, Oxford, Elgin, Brant, and Middlesex. It started as a group of mayors sitting around a room knowing we shared a problem with the demise of the tobacco industry. Now we’re an extremely powerful advocacy group with a collective voice that immediately translates to any individualized priority.”

BVM: What’s the status of your downtown district?

Mayor Molnar: “We have a recognizable Business Improvement Area (BIA) in the downtown core. The municipality, in our budget, supports matching funds to the BIA’s levy for a façade improvement plan. That plan won the Ontario Association of BIAs (OABIA) award for a downtown improvement program. If you drive downtown in Tillsonburg, you’ll be impressed by the revitalized facades, and we’re expanding that into the back alleys to rear facades; encouraging second story development. Our CIP (Community Improvement Plan) was created because of an investor deciding whether to develop a property in Tillsonburg, or one he was interested in elsewhere. The property in question was a piece of vacant land in our downtown core, probably generating $7,000 per year in taxes. So, we asked what we would have to put in the CIP to have them put a shovel in the ground. Long story short, there’s a $23 million luxury condo development sitting there today.

“Relative to energy savings in the downtown corridor, we’re identifying sustainable green initiatives to reduce the municipality’s overall GHG footprint. This comes on the heels of our current retrofit of all streetlights (LED), hydro line conversions, and a full energy retrofit at our largest energy user, the Tillsonburg Community Centre. We have invested in the public and private sector with rooftop solar on some of our properties. We’re now into virtual net metering and have applications in for programs. 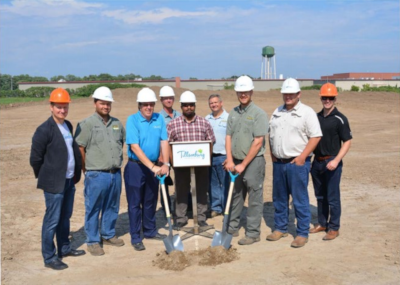 “We recently incorporated two electric vehicle charging outlets (EVCO) in the downtown core with opportunities for four more, and expansion of that program up to our Community Centre. That recreation complex includes two arenas, a mini-ice pad, a 25-meter indoor pool, an outdoor pool with water slide, and sees 1.4 million visitors per year – a natural place to extend those charging stations. Some of that is funded through our wholly-owned LDC: Tillsonburg Hydro Incorporated. We’re also investing $1.6 million to retrofit the Community Centre’s electrical and refrigeration systems to accommodate what will be an additional outdoor artificial ice arena and recreation pad. All this is being done through FCM initiatives, green energy initiatives, and our own contributions. By lowering operation costs, we’re paying for our investment.”

BVM: What role do partnerships play in Tillsonburg’s future?

Mayor Molnar: “When you’re trying to build a community, finding the right partners that buy into the overall vision makes the next step a lot easier. Communities across southwestern Ontario, in general, require identifiable, equitable, sustainable resources. Our roads and bridges are our transit, and we’ve had good feedback through pilot projects on transportation initiatives in Tillsonburg. But those need to continue.

“As a community, the best we can do in partnership with our senior partners, primarily the Province, on issues of environmental approvals and other things through Provincial Government, is understanding that we’re all in the same boat. Let’s get the oars in the water, row in the same direction, and get people back to work. Every day is a dollar lost if we’re not working together.”

WHAT: A progressive small city, population 16,000

Tillsonburg Town Centre is conveniently located in the heart of downtown Tillsonburg, south of the 401 on Hwy 19. It features over 35 stores and services, such as Shoppers Drug Mart, Walmart, Canadian Tire, and the Town of Tillsonburg. The Centre offers retail variety, ample parking, and a one-stop-shopping experience.

Downtown Tillsonburg has one of the widest main streets in Ontario in broad width. As the story goes, the founder of the town, who was also a farmer, insisted on being able to make a 180 degree turn with his whole team of horses and cart. So, he literally drew lines on the side of the street for the necessary distance, and that became the main street. 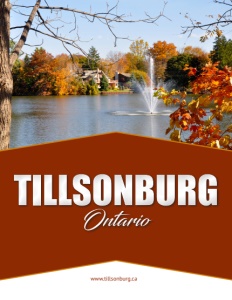