Coastal Carolina Regional Airport (EWN) is a public-use airport located three miles southeast of downtown New Bern, in Craven County, North Carolina. The 785-acre facility is a full-service airport that supports both commercial and general aviation. EWN has an interesting history as it was founded in 1931 before World War II. Many airports across the nation were founded during World War II where the local communities took those assets over from the government at the end of the war. It is interesting to note that there was enough foresight in this area to go ahead and start the development of an airport in Eastern North Carolina well before the war years.

Simmons-Nott came from North Carolina Senator Furnifold McLendel Simmons who was present at the 1931 dedication of the new facility that was to bear his name. During an air performance for the dedication, United States Marine Corps First Lieutenant Joel Nott was killed. Senator Simmons required that 1stLt Nott’s named be added to the airport to pay homage for the fallen military officer. After the start of World War II, the Airport served as a Marine Corps Air Station for several years, before a permanent base was opened nearby and the facility reverted back to civilian control. The Simmons-Nott designation was retained initially, but eventually the name was changed to Craven County Regional Airport, and then, about 10 years ago, it was modified to Coastal Carolina Regional Airport to embrace the surrounding counties and be reflective of the general area the facility serves. 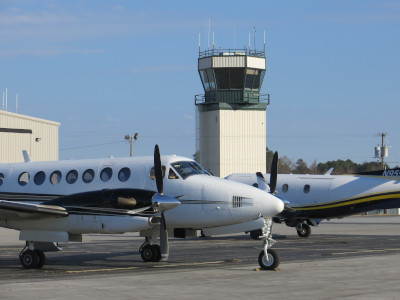 “Craven County, as a facility name, was a little bit too exclusive for a truly regional airport,” says Airport Director, Andrew Shorter. “We wanted to make sure to include our surrounding counties that don’t have commercial service or even public airports. It was a good move, I think, to change the name to make it inclusive for all our coastal neighbors. Our Airport Authority has members from each of those adjacent counties and we wouldn’t want it any other way.”

Since its opening, EWN has seen many changes, including runway extensions to accommodate larger aircraft, the addition of hangars, and a new commercial passenger terminal that was constructed on a new site in 1999. In 2008 the Airport’s new general aviation terminal was built thereby completing the modernization of both airport terminal facilities. About 50 percent of Airport traffic is business-related, a portion of it due to the Marine Corps Air Station Cherry Point, which is 12 miles away. Leisure travel is responsible for the remaining 50 percent, thanks to New Bern’s location near the beaches of North Carolina’s Crystal Coast.

The area’s attractiveness to investors and its continuous growth are also generating traffic, says Shorter. “Our general aviation terminal is topnotch and it’s what we call the front door of the community that brings in the investors and new businesses looking to locate to our area. Those important businesses wouldn’t necessarily drive down the highway to investigate a potential new site but they will generally fly-in. So having a facility like EWN available for use is important right from the start”. In addition to the topnotch terminal and FBO that runs it, EWN also supports flight students with a very robust flight training center. “Since the military base is so close – a lot of those transitioning pilots need to get their civilian air transport pilot credentials; therefore, it’s very convenient for them to use the flight school right here to do that training.”

New Bern and the surrounding area have become increasingly popular as a place to live, including for significant numbers of retirees who use the Airport to fly commercially or have privately owned planes, Shorter adds. EWN is also home to a 42,000-square-foot FedEx cargo terminal that Shorter estimates does about half its business with the Marine Corps base.
“We’re a small airport, but we do everything your bigger airports do, but on a scale of our own,” says Shorter. “Right now, that is about 40,000 operations a year and those are spread between commercial and business/general aviation. The flight school is probably 50 percent of that, because things are very active and there’s also the cargo. So we have a good blend, it’s a really nice spread of aviation located right here at the confluence of our two rivers here in New Bern and within what is being referred to as North Carolina’s Aerospace Corridor.”

A majority of businesses on the Airport’s grounds are aeronautical-related, but work has begun on a project aimed at broadening that scope by developing a 25-acre site, specifically, for non-aeronautical businesses. “We are looking to expand commercial development into an airport area that is not conducive to aeronautical uses, so we’re kind of dipping our toe into that water now,” explains Shorter.

EWN is one of North Carolina’s 10 commercial service airports and Shorter says it is self-sufficient; requiring no general funding from the city or county. “We get some valuable support from Craven County including Finance and IT, but we budget our own money and reinvest those assets to keep all the pieces of the airport economic engine running smoothly,” he states.

Shorter remarks that as a primary, commercial, non-hub airport, Coastal Carolina Regional Airport receives annual capital improvement funding from the FAA of about $1.3 million per year, as well as a portion of the funds the State of North Carolina has recently provided to the 10 commercial airports.

He describes the Airport as a “hybrid” because of the strong general aviation and commercial traffic and he credits that fact as the key element of the facility’s local impact. EWN has 45 employees and according to Shorter, the Airport’s most recent economic impact survey shows it supports 180 direct jobs and another 380 indirect positions in the area. “Our airport, in 2016, had a $179 million annual impact,” he adds. “That puts us 13th in the state out of 72 airports.” The aircraft hangars are completely full and there is a waiting list, putting new hangar development high on the Airport’s wish list.

Over the last few years, most of the taxiways and some aircraft aprons have been rehabilitated and work on one-half of the general aviation ramp has been completed. Bids have taken place to update the remaining portion. “We consider that the front door to our business community,” says Shorter. “So after rehabbing taxiways and aprons last year, what we’re going to move into this year, I consider a transformational project, and that’s the air carrier apron. We are not just going to rehabilitate it, but expand it as well.”

Future plans also include extending one runway even further to handle the larger planes being used by regional carriers and refurbishing the smaller, crosswind runway that’s heavily used by the flight school. Installing approach lighting and Runway Visual Range instrumentation systems, refurbishing the air traffic control tower, and building an Airport Rescue and Firefighting facility are also on tap. “Right now, our aircraft rescue-firefighting facilities are distributed and barely adequate” notes Shorter. “We’re going to build one facility, so we can keep it all in one place and increase our efficiency on that front.”

“With capital projects, it’s kind of left foot, right foot, but it takes both of them to move forward,” he adds. “We’re doing transactional projects to maintain FAA and state-required airport standards, while at the same time we’re making transformational changes to move to the next level of what the commercial air carrier industry is going to show us.”

Check out this handpicked feature on Radcliff, Kentucky – Bourbon tourism.

The company sells its products directly to end users and converters, as well as through agents, resellers, and paper distributors.  – www.internationalpaper.com

We are a global distributor, repair, and service center of aviation ground support equipment (GSE). With our dedication, personal service, and knowledge, our team is ready to build a personal relationship for new purchases and continue to support your GSE in the future with spare parts and first class service. 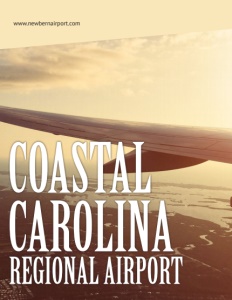