The 250-acre facility has a single runway and handles general aviation traffic only. It is the third busiest GA airport in Pennsylvania. “We’re behind Northeast Philadelphia Airport, which is the busiest, and then Allegheny County Airport (outside Pittsburgh), which is the second busiest,” says Airport Manager, Gary L. Hudson. “For the most part, I would say 85 percent of the corporate traffic that comes into the airport is by Fortune 500 companies. Right now, we probably have about 114 operations (landings and take-offs) a day, which comes out to be a little bit under 42,000 operations a year.”

There are two other GA airports in the vicinity of G.O. Carlson, Brandywine Airport and New Garden Airport, but Hudson doesn’t believe they offer strong competition. “For the most part, we’re not in competition with them because our runway and our facilities are much larger,” he explains. “The other two airports’ runways aren’t large enough to accommodate jets, so when it comes to corporate jets or charter companies, those companies will fly into my airport, as opposed to New Garden or Brandywine, because they just don’t have the runway length.”

Unlike some other small airports, G.O. Carlson does not double as a general business park or have any non-aviation-related businesses dotting its grounds. In fact, Hudson sometimes wonders why businesses at two nearby industrial parks aren’t making more use of the airport, which is less than one mile away. Currently, the airport’s hangars for corporate clients are filled to capacity, but hanger space for non-corporate uses is still available. “Right now, there are only two that have a direct or indirect need: one being Rampmaster, located in the Belair Business Park, which is just west of the airport,” he says. “They build airport refueling trucks. So, their operation is actually off-airport, but they have a hangar at the airport. The other one is Lockheed-Martin, which was formerly Sikorsky Helicopters. Again, they’re to the west of us in the Belair Business Park. They build the S-92 and S-76 helicopters and also a small training helicopter. But they do rent one of the hangars and they use it to house some of the helicopters that have been built and are waiting for customers to pick them up.”

While G.O. Carlson Airport is owned by the Authority, it is self-sufficient and requires no assistance with operational funds. “We are a non-profit so, of course, all the money generated by the airport goes back into the airport,” says Hudson. “Our biggest sources of revenue are tenant rent and fuel-flowage fees. We get a percentage of the (aircraft) tie-downs from the FBO and a percentage of fuel-flowage fees from the FBO. But our biggest thing is annual rents. That’s our big money maker right there.”

For capital projects, funding must come from other sources – generally either FAA or other types of government grants. Recently, Hudson reports that the Airport received a Department of Community and Economic Development grant from the state for the construction of a new corporate hangar and a new corporate apron. The grant requires a 50-50 match by the recipient, so the $337,000 received for the apron will cover half the cost. A grant of $515,000 was received for the new corporate hangar. “I’ve passed that information on to the board,” says Hudson. “The board always meets the first Tuesday of the month, so I put it on the agenda. From there, we’re going to come up with a game plan or at least begin discussions on a game plan for how we want to proceed with those two projects.”

Peering into the future, Hudson hopes that money can also be found to finance the relocation and extension of the airport’s runway – it’s 5,400 feet long and they want to extend it to 6,100 feet, which will require shifting the runway’s path 400 feet to the south to improve the separation between it, the taxiway, and airplanes parked on the apron. 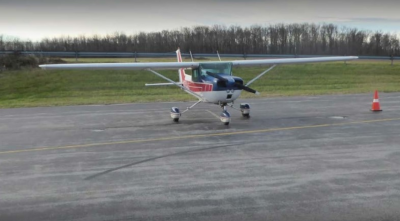 “That’s our long term plan,” he says. “The problem is trying to get funding for it. We did a runway feasibility-justification study in 2011 and, at the time, the price was going to be about $73 million. What happened is PennDOT (Pennsylvania Department of Transportation) came to us said, ‘Look, we can’t justify paying that kind of money for that project, but if you could shave off $20 million, it would probably be justifiable.’ Our engineering firm did an excellent job shaving costs and we got it down to about $52 million. PennDOT came back and said, ‘You guys did exactly what we told you to do, but for a GA airport of your size, we still can’t justify that.’ So if we want this to happen, we’re going to have to come up with other funding sources, in addition to what PennDOT may be willing to provide for us.”

Hudson’s wish list also includes the addition of virtual air traffic control capability. “Right now, there are some safety concerns because we are a non-tower airport,” he laments. “If we were able to get a virtual tower here that would make things run a lot more smoothly where safety is concerned.” He believes that the Federal Aviation Administration would probably pay the bulk of the costs, but the hang-up is that the technology is still in the testing phase.

“A facility of that type is being tested now at Leesburg Airport, in Leesburg, Va.,” Hudson reports. “It’s my understanding that the first phase went very well and now they’re going to Phase Two. We’re probably talking two-and-a-half to three years before the FAA approves something like that. The cost of that would be much cheaper than us actually building a control tower and staffing it, so it’s a win-win for everybody.”

Check out this handpicked feature on the Cape Fear Regional Jetport – Truly unique. 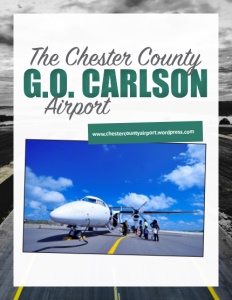