Granbury, Texas was voted the Best Historic Small Town in America in 2019, 2020, and 2021 by USA Today. And its easy to see why – this is a unique small town, steeped in Texas history, overflowing with southern hospitality, filled with festivals, and minutes away from beautiful Lake Granbury.

“Granbury is a fantastic place,” claims Patrick Stewart, Director of Aviation for the City of Granbury. “We are undergoing tremendous growth very quickly as people discover all that we have to offer. It is a popular vacation destination for people from the Dallas-Fort Worth Metroplex and because of that we have a fantastic downtown, a city square filled with businesses and restaurants… we have people coming through our Granbury Regional Airport all the time looking to buy property here.”

Stewart points out that if you take a look at the things the Visit Granbury/Granbury Visitors & Convention Bureau is doing, you will be amazed. There are Segway tours, there are plays, there are festivals, and sporting events – all designed to highlight the Granbury area as the perfect getaway in rural Texas.

The City of Granbury is the county seat of Hood County and started back in the 1800s as just a town square with a log cabin courthouse. Named after Confederate General Hiram B. Granbury, the rich history of this area has never really been lost. Many of the buildings are historic landmarks, including the Granbury Opera House. Following the Texas Revolution against Mexico, Elizabeth Crockett moved to Hood County. There is a statue of her at her burial place, and several of Crockett’s descendants still live in the area. In 1969, with the construction of the Brazos River dam, Lake Granbury was formed. It is a long, narrow lake that flows through the city and has become a beautiful and beneficial community asset.

Granbury Regional Airport, itself, sits within the Granbury city limits – about a mile and a half away from the town square, making it very convenient for any type of travel. The airport property consists of a terminal building, 75 T-hangars, 13 patio-type hangars, and another nine large box hangars, some of which are currently occupied by tenants at the airport. There is also a flight school called “In The Pattern” (ITP), which rents hangar and office space. The single runway (14/32) is 3600 x 60 feet with an instrument approach and has a 3600-foot parallel taxiway. 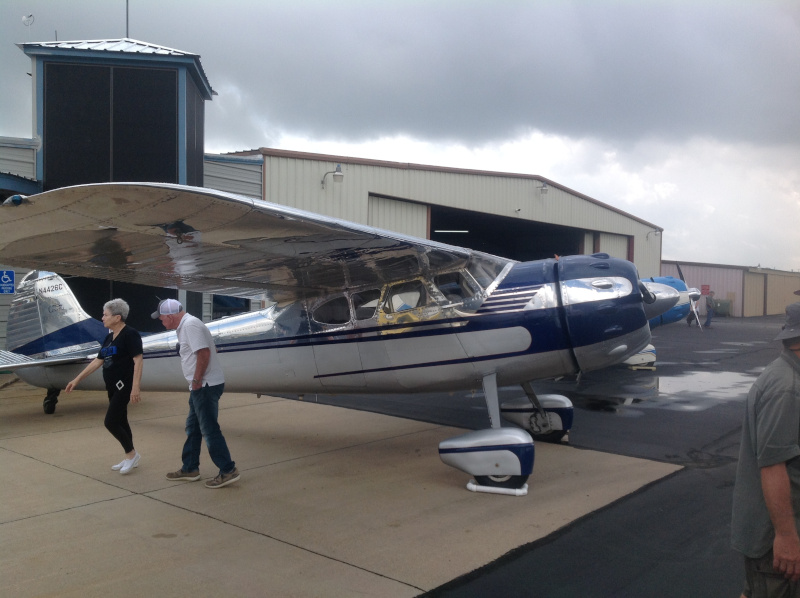 “It works well for general aviation,” admits Stewart, “but can be a problem for larger business-type jets – which is why we are rebuilding the airport and creating something new. We have been working on a three-phase project, and we are halfway through the last phase now, which is paving.” Installing new lights, fencing the electrical systems, and access roads have all been a part of phase three. The pavement is scheduled to be finished in August and the actual opening date for the new runway (01/19) is November 3rd. The runway will be 5200 feet and will be able to handle most business jets.

Stewart reports, “We have several charter-type companies that bring people into Granbury because they own a second home on the lake, and it has been a challenge with the current runway. We think building the new runway alone will stimulate a lot of economic growth for the city, plus provide opportunities for companies that may want to put businesses at the airport. In that case, being a smaller field but being close to Dallas-Fort Worth might be seen as a good thing. We have had to displace the threshold by 600 feet while doing the construction, but no one is unhappy about this, because they know in just a few months they are going to have a beautiful new facility.”

Two outstanding engineering firms have played key roles in overseeing the planning and construction of the airport expansion project. The runway project is being managed by KSA engineering, while the new terminal building is being designed and managed by the architectural firm of PGAL.

Nine businesses are currently located at the airport and all but one are completely aviation related, while the other involves some aviation activity. There are also just over 100 aircraft and helicopters that are based at Granbury Regional. Stewart explains, “That number changes a little from day to day because we have two medical helicopter businesses on the field. One of them, Air Evac, has a regional maintenance facility for their helicopters covering a six-state region, so we have helicopters coming in regularly as they go through their overhaul process. The maintenance is done here, but the live medical team flies off the pad across the street at the hospital. The other company, CareFlite, has a hangar and a pad here at the airport that they fly off.”

The expansion project becomes an obvious need when you see how busy Granbury Regional Airport is. They operate as their own FBO managing all the fuel sales and hangar rentals. Stewart does admit, however, that there is not much to do right now when it comes to hangar rentals. We have a waiting list of about 45 people, and the turnover is non-existent. We got a notice the other day that someone was leaving and that is the first one in over a year. However, there are T-hangars soon to be built for lease by other parties and we are happy about that because once they are built it will pretty much wipe out our waiting list.”

When it comes to promoting aviation as a career, there are a couple of things going on in the City of Granbury that are unique. Stewart recounts, “About five years ago we introduced an aircraft build program to the High School. This program partners with the High Schools STEM Program so that high school students can participate in building an LSA aircraft. The students have built and flown three aircraft in the five years since we started the program. The High School also has a four-year Aviation and Aerospace Engineering program. The intention is not only to provide an opportunity for kids to get a Private Pilot’s License, but also intended to help them earn college credits. Additionally, it also intends to eventually seek credit toward an A&P license. It’s working great and lots of kids participate. Some of them want to be engineers and mechanics, which surprised me a little bit – I was expecting they would all come out and want to be pilots, but it turned out to be about 50/50.” 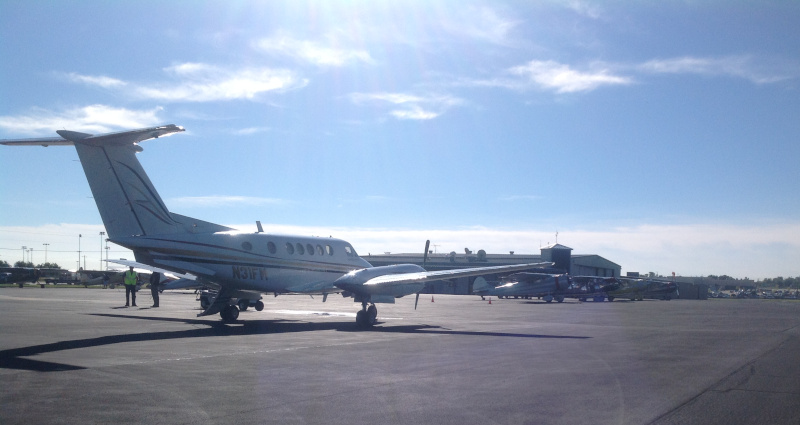 The other activity that the airport offers to promote aviation is a monthly pancake breakfast at the field. This unique event is run by volunteers and the money raised is contributed to a different charity every month. The turnout is always good, and it gets people familiar with what Granbury Regional has to offer.

Tammy Dooley, Director of City of Granbury Convention & Visitors Bureau, shares, “The Granbury Regional Airport plays a ‘key role’ in enhancing Granbury’s tourism growth. The connectivity the airport provides for tourist getaways or business conferences is enhanced in a growing city offering a great airport.  In a playing field where destinations must compete for visitors and tourism dollars, the way an airport showcases the destination can be a strong decider for where a visitor decides to land or even relocate.”

Stewart concludes, “The City of Granbury is growing fast, and it is incredible to be around and watch that growth. This is a beautiful part of north Texas, sitting on a beautiful lake. We are only about 35 miles from Fort Worth, so we’re close enough that people want to come to the Granbury area as well, and they come quite a distance just to be a part of it. From an airport standpoint, for many years Granbury Regional was called “the friendliest little airport in Texas” and we are changing that, calling it “the friendliest airport in Texas” because it is just not that little anymore. So, with the airport growing and a thriving general aviation community, it is exciting to be a part of what is happening here.”

What: A popular public use general aviation airport

Founded in 1946, PGAL is an international design firm specializing in architecture, interiors, engineering, and planning for a diverse portfolio of public and private sector clients. Renowned for outstanding client service and attention to detail, we balance innovative, responsive design solutions with a pragmatic, cost-conscious approach.