Leesburg International Airport – An economic engine for the region

An economic engine for the region

Business View Magazine interviews representatives of Leesburg International Airport as part of our series on best practices of regional airports.

Leesburg International Airport, located 35 miles northwest of Orlando, is the central hub for air transportation and business in Lake County, Florida. The airport was originally constructed in 1942 by the Civil Aeronautics Administration as a World War II training facility for the U.S. Army. In 1946, it was deeded to the City of Leesburg for use as a general aviation airport. “It was a pretty sleepy little airport, and remained relatively small after the war,” says Al Minner, Leesburg’s City Manger. “In the mid 1970s and early ‘80s, more business approached and slowly it became the economic engine that it is today.” 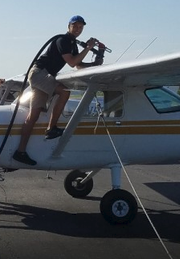 In addition, Leesburg International Airport is a Port of Entry to the U.S., due to its U.S. Customs and Border Protection office, allowing international flights to be cleared in Leesburg and the establishment of a Foreign-Trade Zone. The airport, which is managed by the City of Leesburg, is self-sustaining, and has been designated a Gold Seal Airport by the Florida Department of Transportation, recognized for its high standards for infrastructure, services, and safety.

According to Minner, the most recent major project at the airport has been the construction of a seaplane ramp created in conjunction with Wipaire, a large fabricator of floats for general aviation aircraft. “We struck a deal with Wipaire in 2014, for them to do a major expansion to their business that would provide the airport 60 additional jobs,” he explains. “They’re also required to make several other facility improvements to existing hangars and, in exchange, we would build a seaplane ramp.”

The State of Florida is second only to Alaska in terms of the number of seaplanes and seaplane-certified pilots that are registered within the state. The airport’s proximity to the Metro Orlando area, together with the availability of U.S. Customs services on the airfield, make it an ideal gateway for seaplane traffic to the Central Florida region. Leesburg’s sister city, Tavares, located about 11 miles to the east, is a local hub for seaplane sightseeing and entertainment, and Minner sees the Wipaire facility at the airport as a hub for seaplane maintenance. “Regionally, it blends, because we’re the industrial side and Tavares is the commercial side,” he notes.

Going forward, the airport is in the progress of putting 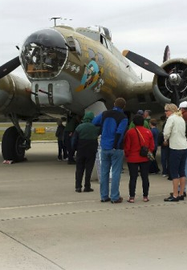 together a comprehensive master plan, which, according to Airport Manager Tracey Dean, will outline its programs, operations, and potential growth through 2035. “Right now, our struggle is that our usable land is just about gone,” says Minner. “The new master plan is examining the south side of the airport and some other areas where we can get additional land and expand into more industrial sites.”

“The airport is about 850 acres, so there’s additional land for future development, but there are challenges that come with it,” adds Dean. “There’s a lot of wetlands on the property and there’s a need for infrastructure; there are no utilities on the south side. So, long-term, there is plenty of room and, hopefully, the master plan will help us prioritize some of that.”

One reason that Dean wants to see the airport grow is that, currently, there is a large waiting list for general aviation aircraft. “Leesburg is a lot of people’s first choice,” she says. “I have a waiting list of 85 people who want to get into a T-hangar. A lot of people want to come to Leesburg because they like the fact that we have a tower, and the GA airports that are in the national system can receive grant funding, whereas, if you’re a private airport, you’re not going to receive funding, so there’s less opportunity for continual maintenance. As far as businesses, a lot of people have approached us about larger hangars and new construction.”

Minner believes that the airport’s assets as a transportation hub make it very attractive to all types of new businesses that want to take advantage of the economic opportunities it offers. “There are two things going on at the airport,” he maintains. “Typically, it’s always been a general aviation airport and the projects and the investments that we put into the airport made it better for the flying public. But, in the last five years, the City Commission’s vision is to use it to get new investment and more job creation, and make it more of an economic development engine and not just an airport. So, some of the things we invested in – the seaplane ramp, the trade zone, the customs office – have been to unlock its potential, to create jobs and new investment in the region. That’s where we’re headed.”

Check out this handpicked feature on Ithaca Tompkins Regional Airport – There at the beginning.

WHAT: A city-owned, general aviation airport 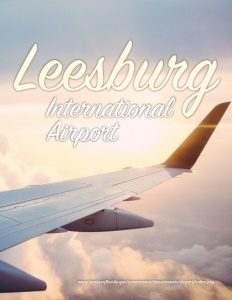