It may seem odd to hear a realtor say that he “kind of likes recessions,” but according to Pete Slaugh, Managing Director of BHHS Homesale, a member of the Berkshire Hathaway Home Services Company, serving the Baltimore, Maryland, South Central, and Southeastern Pennsylvania real estate markets, it’s part of the business model of this award-winning firm, and a reason why it prospered during the Great Recession, while many others in the sector did not. 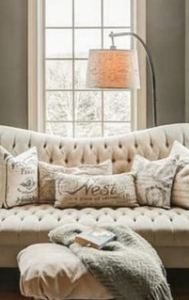 “During that Recession, and during recessions in general, is when we grow the most, because the white flags are going up all around us by people who have not plugged into counter-cyclical revenue streams and they’re struggling to keep their heads above water,” Slaugh explains. “Then, we become the company of choice just to save their reputations and save their businesses. You can’t make it if you rely completely on residential real estate sales.”

“At the end of the day, our biggest business, which is residential real estate, is, by its very nature, a cyclical business,” adds Company COO, Rod Messick. “One of the great things that occurred for our company during the Recession was that we were able to continue to reinvest in the company when a lot of our competitors were struggling because we had some counter-cyclical and some recurring revenue streams that the average brokerage company doesn’t have – our insurance company has a renewal stream to it; our property management firm has recurring revenue.”

BHHS Homesale was originally established in 1997, the merger of two companies – Slaugh & Co., a Coldwell Banker affiliate, and Concept 100, an independent realtor that shared the Lancaster, Pennsylvania market. The combined firm, which remained a Coldwell Banker affiliate, first expanded its reach into the Harrisburg area, growing both organically and through acquisition over the years, eventually claiming 35 percent of the marketplace. In 2008, the company left Coldwell Banker and joined the Prudential Real Estate Network, which was subsequently purchased by Berkshire Hathaway in 2013.

Today, Berkshire Hathaway Home Services has over 1,300 offices, nationwide, and BHHS Homesale is ranked #2 for closed units, with approximately 15,000, and is in the top ten for revenue, with over $3 billion in sales volume. “We have 28 real estate offices, just over 1,300 agents, and another 250-300 employees in our legacy markets in Central Pennsylvania and the Greater Baltimore Metro, which is our newest geographic area,” says Messick. “That includes our real estate operation, our mortgage operation, our title and settlement services operations, property and casualty insurance, and also our property management firm. Real estate sales are about 70 percent of our total revenue. From the percentage of profitability, it’s a third, because the margins are a lot smaller in residential real estate than they are in our other businesses.”

“One-stop-shopping has been our mantra in developing all the things that are needed on the way to closing,” says Slaugh. “The only two areas we do not own or operate are appraisal – we can’t be appraising our own transactions – and the other is home inspection. Those two areas we don’t do – the rest of them, we do.” And it’s that broad network of cyclical and counter-cyclical companies complementing one another that has been the basis of BHHS’ success.

Regina Coia is President of Realty Operations. She came to the

company six months ago, drawn away from a 32-year career in the Philadelphia market by her new company’s culture and values. “We have two customers: our agents and their customers, our buyers and sellers,” she reflects. “And we have a core purpose which is to help people achieve their dreams. We set the standards for excellence; we consistently hear from our leadership team and our agents and our employees terms such as ‘excellence,’ ‘trust,’ ‘respect,’ ‘high energy,’ ‘professional,’ ‘inclusive.’ But we don’t claim success until our customer does. We want to earn our customers for life. We believe we achieve more, together, and we believe the quickest way to grow our company is to grow our people.”

One of the ways in which BHHS Homesale helps grow its people is by not hogging the available sunlight. “None of our management team competes with our agents,” says Slaugh. “We aren’t listing and selling in competition with our agents in the field. We’re here as managers to help them gain control of their business and make money. So, our role is management and not sales. Our branch leaders are coaches.” “When you get to a lot of the areas we service in Central Pennsylvania and the outskirts of the Baltimore Metro, competing managers and owners is a common occurrence,” adds Messick. “We’re really focused on the way our company grows by helping our agents grow their productivity.”

And that productivity, according to Coia, is exemplary. “We are really proud of our measure in the real estate industry, which is per person productivity – the average, calculated over an annualized period,” she states. “Ours is 25 percent higher than the national average. For a firm our size, that is outstanding. Some of our individual offices are several hundred percent higher than the national average. So, we have people in this organization who are sustaining this business, and we support them in ways that other organizations don’t even think about.”

Going forward, Messick says BHHS Homesale will continue to be an “integrated home services business that focuses on a culture that supports its sales teams and employees for the benefit of the end consumer.” It will also continue to focus on its legacy markets in central Pennsylvania, while concurrently growing its newer Baltimore market both organically and through “properly-positioned mergers.” Coia says that the company will continue to reinvest in its people and systems, “and to be ahead of the curve in what consumers are looking for.”

As for Slaugh, he’s not necessarily anticipating another recession, but if and when one comes along, he knows that BHHS Homesale will be ready and willing to take it on.

WHAT: A member of the Berkshire Hathaway Home Services Company

WHERE: South central Pennsylvania and Maryland

MidAmerican Energy – MidAmerican Energy Company, a regulated electric and natural gas utility company, engages in generating, transmitting, distributing, and selling electricity. The company operates through two segments: Regulated Electric and Regulated Gas. It holds interest in a portfolio of generating facilities with various energy sources, such as wind, coal, nuclear, hydro, and natural gas. It serves 800,000 retail electric customers in Iowa, Illinois, and South Dakota, and 800,000 retail and transportation natural gas customers in Iowa, South Dakota, Illinois, and Nebraska. The company was originally founded in 1990 and is headquartered in Des Moines, Iowa. – www.midamericanenergy.com 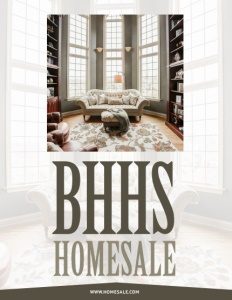