Pembroke, Ontario – The heart of the Ottawa Valley

The heart of the Ottawa Valley

Business View Magazine interviews representatives from Pembroke, Ontario, as part of our focus on best practices of Canadian cities.

Pembroke, Ontario, a municipality of approximately 14,000, sits at the confluence of the Muskrat, Indian and Ottawa Rivers in the Ottawa Valley, some 90 miles northwest of the capital. Originally named Miramichi, Pembroke is indirectly named after Sidney Herbert, First Admiralty Secretary from 1841 to 1845 and son of George Herbert, 11th Earl of Pembroke. It became a police village in 1856, a town in 1878, and a city in 1971. 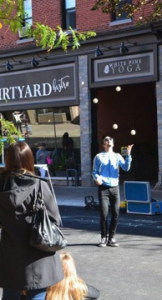 Historically, forestry and farming formed the backbone of the local economy and remain important today. Local timber products include lumber, plywood, veneer, hydro poles, fiberboard, and office furniture. Two other major employers in the area are Garrison Petawawa, a military base in nearby Petawawa, and Canadian Nuclear Laboratories. “Those are two big drivers,” says Heather Salovaara, Pembroke’s Economic Development Officer. “And the Laboratories are undergoing a major revamping, right now, which is creating a lot of jobs. We have some businesses that are spinoffs from those industries – one that makes lighting signs with tritium from the nuclear laboratory, and one that makes bomb suits for the military.”

Pembroke also serves as service hub for the area, which has a daily population of about 74,000. “Those are people who live within a 45-minute drive from Pembroke, who are coming here to do their grocery shopping, to see their doctor, to drop their kids off at school and daycare – those sorts of things,” Salovaara adds. Finally, the local economy also benefits from tourism, aided partly by Pembroke’s location on the Trans-Canada Highway, as well as being a gateway to the Ottawa Valley’s natural, cultural, and recreational areas, such as Algonquin Park, a 2,946-square-mile expanse of forest, rivers, lakes, and wildlife.

Today, Pembroke is focused on its economic development – a priority that the City Council specified in its most recent strategic plan. To accomplish that, without raising taxes on its residents, Mayor Mike LeMay says that the city needs to broaden its assessment base. “To do that, we have to get manufacturing in; we have to improve the businesses in town; we have to make sure the businesses we do have, stay. So, what we’ve been doing over the last couple of years is just developing tools and programs to put into place.”

Salovaara details some of the programs that have been promulgated to encourage investment in the city. “One of the first ones that Council undertook was our Community Improvement Plan,” she begins. “We put ours in place in September 2016. We have ten grants under our plan; they’re designed, primarily, to help commercial and industrial property owners. And we do have one grant for residential property owners of upper-story units in our downtown corridor. The majority of the grants that we’ve seen taken advantage of are for façade improvement – the brickwork or the lighting or the signage on the exterior of a property.

“The Downtown Housing Grant is another one – to encourage landlords in our downtown to improve the residential spaces they have to attract people to live downtown, because we know when people live downtown, it looks nicer, and you see more customers down there, which attracts even more commercial tenants.

“We do have eight other grants, as well – some small, some very large, that can reduce the taxes that a business pays over a ten-year period. Our Council initially allocated $100,000 to roll out to property owners in the city. At the beginning of this year, we had about $24,000 left and Council topped that off by another $50,000. So, they definitely invested a good amount of dollars in the program.

“We did a review in December 2017, and found that we had a 473 percent return on investments; so, basically, for every dollar we’re giving out, we’re seeing $4.73 invested in our community. This year, for our 2018 budget, Council reduced the industrial property tax rate by 22 percent. So, we’re trying to make ourselves more competitive to bring industry to the area.”

Helping Pembroke to attract industry has been aided by its recent certification by the Province of Ontario as an “investment-ready certified site,” based on all the preparation it has done to prepare its city-owned land for business. “We have a 28-acre parcel of land in our industrial park,” Salovaara reports. “We’ve done all the background work to make it shovel-ready; we’ve done all the environmental assessments and we’ve got all the services in place – water, hydro, gas, and a fully redundant, fiber optic loop.”

In addition, as one of 40 sites across Ontario that are 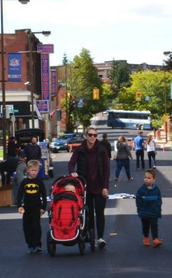 certified as investment-ready, the Province helps to market Pembroke at international convocations. It also pays for half of its marketing costs when the city advertises its benefits to realtors and business owners across Canada and the United States.

Some of that marketing has already paid off, according to Salovaara, who explains that an out-of-town developer just purchased a $1.5 million portfolio of downtown real estate. “When they purchased it, it was not worth a whole lot because the buildings were not in good shape,” she says. “But they’ve already started to completely transform the spaces. Our grant is helping them out – they get $5,000 for a storefront that they’re spending $60,000 on. So, it’s encouraging some of our local investors to buy more properties, as well, and to fix them up.”

“We consider everyone coming into the city as partners and that has really helped us, because now we have developers who have a fair amount of money and who are investing in the city and staying here,” adds LeMay. “A few years ago, business people were buying up city blocks in small municipalities and then using them as a straight tax write-off, and Pembroke happened to be one of those. So, our main street was basically a derelict area. But in the last three years, it has really improved. We’re open and willing to do what we can to make sure that a business feels welcome here, but also, it’s important for us to retain what we have. That’s why we like to develop these partnerships and work closely with the various businesses coming into the city.”

Another advantage for new businesses that want to establish themselves in Pembroke is the presence of Algonquin College’s new Pembroke campus, which opened in 2012 on the city’s waterfront. It began with 300 full-time students, and today it has 1,000, 50 percent of whom come from out of town. The college adds to the cultural life of the city, while providing an educated workforce for the area. Not coincidentally, the growth of the college has spurred investment in student housing. Today, there are three privately-run student residences in the city.

The city has also made significant improvements to its infrastructure, including a $1.2 million program to replace all of its street lights with LED technology – a move which has already saved some $60,000 on street lighting maintenance and promises to ameliorate all of the city’s upfront costs by 2022. It has done some wastewater plant upgrades, and it has invested in solar panels. In 2015, it also saw the establishment of a new Ontario Provincial Police station at the city’s industrial park, and a brand new fire station will open there this summer.

“This is a huge investment that the city is making in our local services,” says Tourism and Communications Officer, Heather Sutherland. “Our previous fire station had been built in 1860 with an addition added in 1963. They have outgrown their facility. We have a new aerial fire truck that currently has to be stored in a different facility because it doesn’t fit in our current fire hall. The new hall will be ready in June; it’s a $5 million, modern facility, fully funded by the City of Pembroke.”

Speaking of tourism, Sutherland says that Pembroke is currently in the process of creating a strategy for the city, “with goals and projects over the next one to two years to further build our tourism sector. It’s a new focus for the city, now,” she relates.

“The first couple of years, the stress was on economic development and trying to get businesses within the city, which is working quite well,” says LeMay. “But also, we found that we needed some help as far as tourism is concerned, so we hired Heather as a tourism person and now marketing is one of the main strategies that we’re getting to work on. When we look at where we are on the Ottawa River, we have a gold mine, here. We have the largest group of heritage murals in the Province of Ontario, and the area is the whitewater capital of the Province. So, we’ve got a million things that we have to start marketing. That’s going to be a focus as we move forward. We are on the cusp and things are going well, and we just want to keep working at it.”

Check out this handpicked feature on the city of Lima – Real American Strength.

WHERE: On the Ottawa River, northwest of Ottawa 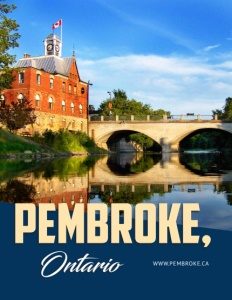