In it for life

Hovione is an international developer and manufacturer of APIs (Active Pharmaceutical Ingredients) for its customers in the healthcare and pharmaceutical sectors who are planning to bring new and off-patent drugs to market. The company was founded in Portugal, in 1959, by three Hungarian émigrés Ivan Villax, Nicholas de Horthy, and Andrew Onody; the first two letters of whose last names form the name of the company. 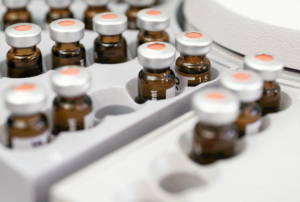 Today, Hovione has 1,200 employees worldwide in eight locations. Its two main research and development sites are in Loures, Portugal and New Jersey, U.S.A.; its four manufacturing plants are in Macau, Ireland, mainland China, and Loures. It also has offices in Hong Kong, India, and Switzerland.

Marco Gil is the General Manager of the New Jersey site, which has 52 employees, including scientists, chemists, and chemical and mechanical engineers – many of them with advanced degrees from some of the nation’s most prestigious universities. Hovione opened the New Jersey site 2001, to be closer to its U.S. client base. “Many of our customers were small bio-techs or mid size pharma companies that were mainly based in the U.S.,” says Gil. “So we felt that we should be closer to them, and to provide them the chance to know the company; to know the work we do and to support them in their Phase 1 and Phase 2 clinical trials.”

Clinical trials are research studies that explore whether a medical strategy, treatment, or device is safe and effective for humans. These studies also may show which medical approaches work best for certain illnesses or groups of people. The federal Food and Drug Administration (FDA) requires that all new pharmaceuticals be evaluated for their safety and effectiveness through heavily regulated, clinical trial protocols before they can be sold to the public.

Hovione’s part in the procedure is to manufacture the limited quantities of the new API, based on the developer’s molecule, necessary for the trials. According to Gil, the creation of a new drug is “a pretty risky business.” In fact, in addition to being extremely time consuming and expensive for a pharmaceutical company to process a new drug through all three mandated clinical trial phases, the overall success rate from Phase 1 to final FDA approval is only about ten percent. Of course, when and if a new drug is approved, it can make its owner a substantial profit. “Big risk – big reward, right?” posits Gil. “But those that succeed – they succeed hugely,” he adds. And since, over the years, Hovione began getting requests for the commercial manufacture of pharmaceutical products that were subsequently approved, the company began to offer that service as well.
Gil reports that about 80 percent of the New Jersey site’s customers are small and medium sized bio-tech companies, most of which are located in the two major U.S. bio-tech hubs – California and the greater Boston area. He then explains one of the major problems that these firms have when attempting to design a new pharmaceutical product: “The pipelines of the bio-tech companies showed that many of the products that were being developed were poorly bioavailable,” he says, “meaning that if you take the drug it wouldn’t have the expected effect because it is poorly soluble in water and won’t be absorbed by the human body. So, some technologies were developed to address those challenges and Hovione had one of those technologies back in Portugal. We decided, in analyzing the pipelines, that we could sell that technology also, here in the U.S”. 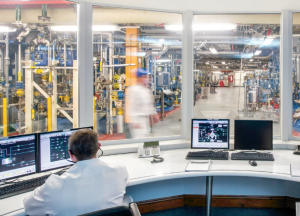 The technology that Hovione acquired for New Jersey in 2007 to address the problem of non-bioavailable molecules, was a spray dryer. Spray drying is a method of producing a dry powder dispersion from a liquid by rapidly drying it with a hot gas. It is the preferred method of drying for many thermally-sensitive materials such as foods and pharmaceuticals. Spray drying increases a drug’s solubility and/or its dissolution rate in the body. “So for those drugs that are poorly bioavailable due to their physiochemical properties, by applying this technology, they become more bioavailable,” Gil says. The technology is especially useful for producing ASDs – Amorphous Solid Dispersions – in which the active drug molecule is dispersed in a solid medium or carrier.
But even in this rarefied and highly technological arena, Hovione has competitors. However, Gil believes that his company has several advantages. “Customers come to us because of our high standards of quality and the number of new drugs approved with which we were involved,” he says. “The other thing that is very unique to the industry is our interrelation of chemistry with the spray drying technology. We are the world leaders in terms of providing that service to the pharmaceutical industry. That is a key differentiator for Hovione in the marketplace.”
According to Gil, Hovione has grown steadily over the last five years, and is now planning a major domestic expansion. “In New Jersey, we’re working at maximum levels and because of the quality of the team that we have, we are doubling the size of the site and doubling the number of people in the next year and a half. And we will be adding more API production capacity and more reactors. We are also adding a large-scale spray dryer to produce commercial materials. We are also adding more research and development labs and people to assist us in meeting the growing demands from our customers.”

Clearly, Hovione’s past successes have not gone unnoticed by the pharmaceutical community; the company’s client base has grown steadily. “In the beginning,” says Gil, “it was more of going after our customers; now it’s more a mix. There are many customers that come to us because they’ve heard about Hovione; they know that we provide unique services to the industry and they know the quality of the company. But, we also have a dedicated sales team to go and approach companies to see if there’s a way we can do business with them.”
In soliciting that potential business, Gil stresses that Hovione is careful to treat its customers as real partners, and to go the extra mile when it’s needed to make a project successful. “It’s very important that if you put your ‘baby’ into someone’s hands, that you trust this company,” he says; “that it has a good reputation and good quality systems; good quality people in terms of technical skills and science; and also regulatory-compliant manufacturing facilities. All of that gives peace of mind to the customers who come to us.” 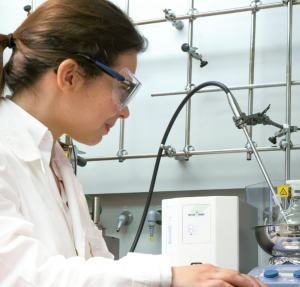 Gil foresees a continued huge demand for spray drying over the next several years, and also wants to see Hovione get into hot-melt extrusion, which is another fast-growing technology platform that is utilized to solve difficult formulation challenges, but in a more environmentally-friendly and cost-effective way. “The goal is that in five years’ time, we strengthen our positions in addressing solutions to bioavailability problems. So, we are strategically investing in an area that we believe will have a huge growth in the future,” he states.

Hovione’s company motto is “In it For Life.” Gil believes that it transmits the commitment that the company has to its customers and their patients. “We are dedicated to the pharmaceutical business,” he says. “We provide services with high standards of quality. We are an innovative company. We research and develop new technologies to provide to our customers and the industry the best solutions for the challenges that they face. And we like tough challenges. So, we’re committed to solve the toughest challenges that our customers have – and that’s where we can add value to them. We go the extra mile for our customers because we know that the end user of what we do is a person that needs her medicine to save or improve her life. It’s for the millions of people that depend on our work to live healthier lives that we are ‘In it for Life.’”

WHO: Hovione LLC
WHAT: International developer and manufacturer of APIs (Active Pharmaceutical Ingredients) for its customers in the healthcare and pharmaceutical sectors
WHERE: North American headquarters in East Windsor, NJ.
WEBSITE: www.hovione.com 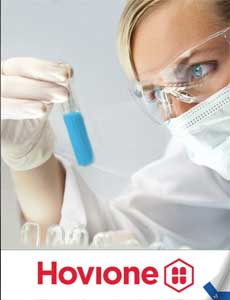