RPI – Making real connections through the power of personalized print

There are some who predicted that when the world went digital, there would be no further need of communicating via a physical form, such as the printed page. But in fact, the paperless universe never did materialize. If anything, the advent of online communication just pushed print products to evolve and expand their possibilities. One print company had the foresight and ability to adapt to the changing marketplace; it treated digital marketing as a viable and synergistic partner rather than a competing and exclusionary medium. And by directly integrating new print platforms into established digital marketing applications, it developed into a leader in an industry that defied conventional wisdom by never really going away, after all. 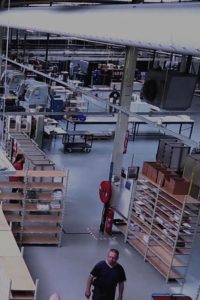 That company is RPI. Its current CEO, Rick Bellamy, recounts its founding and evolution: “RPI was started 36 years ago by Barry Reischling as a print service for legal firms to produce short-run print, like legal prospectuses,” says Bellamy. “By 1999, Ted Reischling, his son, had come up with a concept to personalize note pads with people’s pictures on them, and the company launched Ipads.com. That was the early implementation of photo-merchandise selling directly to consumers. The photo market grew very rapidly in the mid 2000s, very much driven by digital photography and also the advent of e-commerce. Those two trends combined, and drove a big increase in that personal photo-merchandise market.”

Bellamy says that in penetrating that emerging market, RPI became very successful and grew very rapidly, but by 2006, realizing that it was essentially operating two different businesses, it sold its front-end consumer site to focus exclusively on running a high volume, personalized manufacturing and fulfillment operation for printed photo-merchandise. Today, RPI is a B2B company that makes tangible, tactile, and engaging personalized print products both for businesses and their end users.

RPI’s major customers span from web e-commerce providers who are marketing directly to consumers to sell their photo products, to photo-app developers, to some of the world’s largest retailers and corporate brands. And yet RPI also fulfills orders to individual consumers as if they were the company’s own customers. Its core products include personalized photo books, holiday cards, wedding invitations, themed calendars, stationery products, etc. “So, if you were to order that product from a major retailer, that order is transferred to us; we manufacture and fulfill it and we ship it out as if we were that major retailer,” Bellamy says. “We also service some of the world’s largest consumer products brands with personalized marketing materials; we directly integrate with their digital marketing applications,” he adds.

Integrating with its client’s marketing strategies is a major component of RPI’s business model. Bellamy explains why: “Digital marketing is a highly effective way to market to people, but it turns out it’s very, very fleeting. So, if I, as a user, act on that digital marketing message immediately, it’s highly effective – somewhere between a two and five percent conversion rate to some sort of action. However, if I don’t act on it immediately, it’s gone, because we’re all flooded by a host of digital messages every day.”

He continues: “There’s a fair amount of brain research that says when you are holding, say, a book in your hand, the sensation of touch actually helps you retain the information that you’re reading – more so than if you were to read it on a screen. So integrating with digital marketing and expanding our efforts there is a key initiative for us because when digital communication is followed up by a personalized print piece, it increases the impact and the permanence. You have something that sits on your desk, or your coffee table, or your kitchen table, or wherever that reminds you that you want to take action on that.” Bellamy believes that companies can literally double the impact of their digital marketing campaigns by embracing RPI’s services.

RPI has three separate locations: its original headquarters in Seattle, WA; a facility in Atlanta, GA, acquired in 2011; and another site in Eindhoven, the Netherlands, acquired in 2013. “Both of those, we acquired for their geographic footprint, as well as it expanded our product range into customized marketing communications,” Bellamy says. In addition to its owned operations, RPI has five other partners throughout the U.S. and Europe, to which it routes work, providing the company an expanded geographic reach and a faster way to get products to homes, offices, and retail locations. It also allows the company to enlarge its product line to include such items as customized textile and apparel products, and even personalized cell phone cases. In addition, RPI works with emerging companies by helping them to launch new mobile applications such as the photo apps on smart phones. “We have a technology platform that allows them to connect to us,” Bellamy says.
“We focus on what we manufacture best in class – the books, the cards, and stationery products; that’s really where we focus our manufacturing capabilities and then we utilize partners to produce products we don’t, but through our own technology platform,” he states. The company has 300 employees, but grows to 600 at certain times of the year. “We’re a seasonal business,” he explains. “So both during graduation period, and Father’s Day, and the Christmas holiday, for example, we see a big spike in demand for our products and services. So we scale up to double that number.”

While there may be other manufacturers and suppliers of printed photo-merchandise, Bellamy believes that there are many reasons why RPI has been listed on the Inc. Magazine 500|5000 list for the last six years in a row, as one the country’s fastest growing private companies. “When you look at what really differentiates RPI,” he says, “it’s our technology platform that allows us to provide our customers with a broader range of services and products that are personalized and delivered ‘just in time.’ And it also allows us to scale to meet the demands of the market, both in terms of time-to-home and quality.” 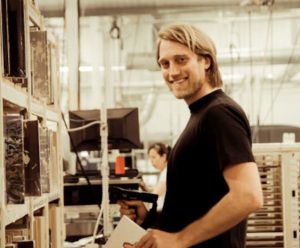 Even though the company maintains a direct sales force and does content marketing through a variety of channels, Bellamy relates that, as a well-known industry leader, most of the company’s leads come from references and word-of-mouth. In addition, RPI’s Seattle factory is much heralded as the first print manufacturing company in its category to be certified by the Sustainable Green Printing Partnership (SGP), the print industry’s gold standard in sustainability. To receive SGP certification, print facilities such as RPI must exceed compliance with local, state, and federal laws. Also, they must establish sustainability management systems, implement best practices across the organization, and commit to continuous improvements in sustainability. Today, through its company-wide Zero Landfill initiative, more than 97 percent of RPI’s waste is recycled or diverted from landfills, and the company is striving to reduce its landfill footprint to as close to zero as possible. Bellamy believes that partnering with RPI helps a client demonstrate its commitment to sustainability across its value chain, and is yet another reason why the company is considered a leader in its field.

At the end of the day, Bellamy says that RPI is, most importantly, a company that makes connections with people via tangible products that leave lasting impressions: the photo calendars with pages filled with family events; the greeting cards that stand out from the pack; the photo books that encapsulate special celebrations; the many personalized gifts that preserve memories; the keepsakes that remain after the digital images are clicked away. “And that product gives people a chance to tell their story,” he says. “That’s really what we’re about: helping to create those connections between people.”

Xerox – A U.S. based global corporation that sells business services and document technology products to businesses and governments of all sizes. Xerox was founded in 1906 in Rochester as The Haloid Photographic Company, which originally manufactured photographic paper and equipment. In 1938, Chester Carlson, a physicist working independently, invented a process for printing images using an electrically charged drum and dry powder “toner.” In 1963, Xerox introduced the Xerox 813, the first desktop plain-paper copier, realizing Carlson’s vision of a copier that could fit on anyone’s office desk. Xerox’s first foray into duplicating, as distinct from copying, was with the Xerox 2400, introduced in 1966. – www.xerox.com 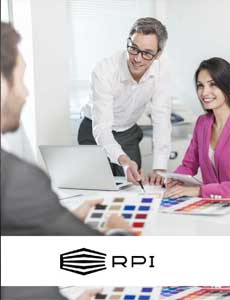