Swift Current, Saskatchewan – Moving at the speed of business

Moving at the speed of business

Swift Current, a dynamic city of approximately 18,500 people, is the major population center for southwest Saskatchewan and a favorite stop-over for a significant volume of tourists passing through on the Trans-Canada Highway. Affordable, business-friendly, and culturally exciting, the community is a haven for residents, entrepreneurs, and established companies to call home, and visitors to write home about. 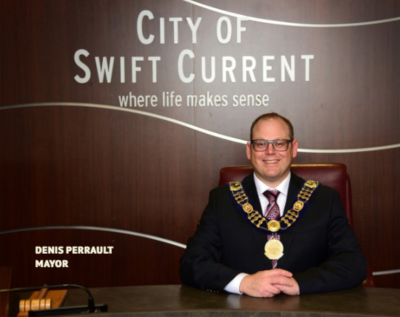 With two terms on city council before becoming Mayor, Denis Perrault is a champion of all things Swift Current. The list is long and rich. “I serve with six city councillors and our main goal is the ‘Grow Swift’ campaign – that means growing our community economically, but also growing our population base; looking outside our borders and treating the whole southwest area as our hub, as the economic driver for our community.”

In the past decade, Swift Current has grown from a static population of 15,000 for 40 years, to the current 18,500-plus. Since 2007/08, a dramatic change has taken place, with new investment and residents moving here from around the world. Perrault attributes the recent growth to a change in sentiment. “People are proud to be from Swift Current, now,” he says. “Saskatchewan has seen positive growth, as well, and we’ve benefitted from that. We’re still seeing record low unemployment numbers and a lot of job postings in our area. Entrepreneurs are leading the charge – business owners willing to invest in our community.”

Agriculture is the main economic driver, encompassing related businesses such as equipment dealerships, processing facilities, and grain elevators. Oil and gas is another major driver. And because Swift Current is the only large center in the southwest area, the retail/services sector is key. People come to the city for all their needs and they come often. Manufacturing is also very strong, and future prospects for development of the renewable energy sector in the southwest are looking good. “It’s very windy and the sun’s always bright,” notes Perrault. “We’ve already seen wind projects, and the Saskatchewan government just announced a major solar project, just east of us.”

The city’s Strategic Plan ties into the Grow Swift campaign and incorporates a vision of “25 by 25,” representing the goal of 25,000 people in the community by the year 2025. They also have a 50-year plan that was just made public. Perrault explains, “That talks about what we need to be successful for the next 50 years. We’re lucky; we’ve got good infrastructure in the ground and we’re absolutely poised for growth.” Strong transportation links are a definite plus for manufacturing, exports, indeed any company looking to locate in Swift Current, Saskatchewan. Highway 1 goes straight south to the U.S., Highway 4 extends across Canada, and the two intersect in the city. The CP Rail line runs through it, and Swift Current also maintains a municipal airport. Many executives fly in out of Calgary for a quick visit to take care of business.

A diverse group of major employers ensures good job opportunities are always available. Among the biggest: Sask Health; Innovation Credit Union; Great Plains College; Pattison Ag – a large John Deere dealership; Crescent Point Energy and Whitecap in the oil sector; and BATCO and S3 on the manufacturing side. When oil and potash prices fell over the last couple years, and the Saskatchewan economy shifted, Swift Current continued to thrive, thanks to its economic diversity. According to Perrault, “Great Plains College is a true community partner and an important asset for Swift Current. I believe they’re going to expand their services with a renewable energy program at the college. We’re working with them because they’re training the young people who’ll be the next leaders in our community.”

As for housing and industrial development, the City of Swift Current, Saskatchewan is the predominant land developer. “We always strive to keep three years of inventory available,” says Perrault. “And that’s where we’re at. We have an exciting higher-end development attached to the golf course that the city is working on now. And we’re starting to see out-of-town developers investing in Swift. We have a very strong downtown, mainly retail and services. We’ve seen real development there in the last 10 years. There’s no bad side of town. We have great schools spread out across the city, beautiful parks and walking trails, and it’s a very safe community. That’s something we’re very proud of. It’s a big, small town with a very strong arts and culture sector, and great recreational facilities such as pools and golf courses.”

The city is also developing a new industrial park right on Highway 4, and that land will be available for sale, soon. Swift Current has the lowest city taxes in the province and offers some of the most aggressive and unique incentives in Saskatchewan to encourage new businesses to choose Swift Current. Perrault says, “We have completed a lot of the hard infrastructure including a wastewater treatment facility, an expanded  water treatment facility, and many other projects are in the works as part of our sector plans to prepare for growth. We invest a lot, every year, in infrastructure – we’re not waiting for things to fail, we’re proactive. This year, we’ll be working on a robust road maintenance program throughout the summer.”

Sask Power generates power for the province – Swift Current purchases it wholesale through its own Light and Power utility and sells to customers at retail. Not only does the city-owned utility offer a dividend to the community, it is also a good employer. Perrault says, “We also have a strong working relationship with the rural municipalities and small towns around us. They’re true partners, as is Sask Power. They’ve chosen to invest in a new power plant just to the northwest of our community.” The province has also invested substantial funds for two new schools, a new long-term care facility, and a new hospital.

The Southwest Newcomer Welcome Centre is a special space in downtown Swift Current, Saskatchewan. A federal government initiative, the centre provides programming and resources for newcomers to Southwest Saskatchewan – welcoming immigrants and refugees and supporting their transition to Canada with services and activities that promote diversity, participation, and integration, as well as help with things we take for granted, like getting a driver’s license or learning English, which is offered to one and all. The ultimate goal is for immigrants to become economically productive and help welcome other newcomers to the city.

In its 80th year, Frontier Days is a huge tourism draw for Swift Current, Saskatchewan, every summer. Among the featured events: a rodeo, cabarets, a fair, and fireworks. Another big event, called Windscape, was ranked by Maclean’s Magazine as one of the top 100 things to do in North America. Professional kite flyers from around the world come to Swift Current to participate. They fly their kites to music; there are celebrity kite flyers and fun events for kids – all free, thanks to the generosity of companies such as Sask Power, and the region’s ever-present prevailing winds. Swift Current is also proud to continually host world class events like curling, hockey and rodeo and is looking  forward to hosting the Canadian Western Canada Summer Games in 2019, all of which are possible due to the amazing volunteers within the southwest region of Saskatchewan.

Mayor Perrault shares the city’s goals for the near-term future. “Positive growth, more residents, more thriving businesses; bringing young people back after University – for that, there have to be jobs available. In the next five years, I want to see an increased manufacturing sector, more retail and services, and I truly believe we’ll see a large renewable energy sector here. That means servicing wind turbines and solar panels, and hopefully manufacturing some of those pieces. Saskatchewan has committed that by 2030, they want to have 50 percent of their power generated by renewables. We’re the number one place for wind and sun, so we believe we’ll see quite a bit of investment here in the coming years. The problem is these are very large capital projects that don’t happen overnight. They take time. So, we showcase Swift Current at every opportunity as an ideal location for renewables-related companies. We were at GPS (Global Petroleum Show) in Calgary in June – the only municipality with a booth. We’re not waiting for business to come to us.”

Marty Salberg, Director of Community Development for Swift Current, Saskatchewan, offers his own insights on the city’s attributes. “I’m fortunate to have lived here my entire life and worked here for a long time. So, I know that, generally speaking, when businesses or people move here they never want to leave. We have all the pillars that make life enjoyable – affordable housing, excellent schools, a safe community. And we need to continue to focus on our strengths as an administration to make sure we move at the speed of business; to offer companies assurance that if they come to Swift Current they’ll have our full support. In addition, we’ve got lakes, campgrounds, recreational areas, all within 30 minutes. A person can leave work at 4:30 and be out on the boat by 5:30. And I’ve done that.”

“Yes, just about every week,” quips the Mayor. “We have excellent connectivity and technology, so people can thrive and succeed here – even on the boat!”

Check out this handpicked feature on Hopkinsville, Kentucky – The total package. 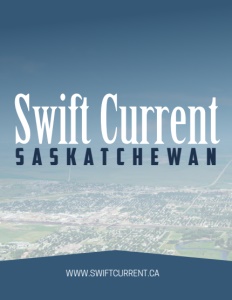