Named after the Spanish explorer, Juan Ponce de León, Leon County, Florida is home to the city of Tallahassee, which is both the county seat and the state capital. It is also home to two of Florida’s major public universities, Florida State University and Florida A&M University. And for those who remember the movie, Field of Dreams, which centered on the maxim, “If you build it, they will come,” the adage holds true for Leon County, Florida, where investment in infrastructure has driven transformation and growth to new heights. 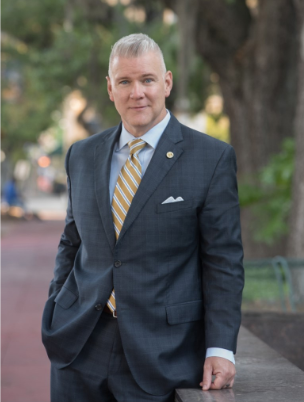 “What we did during the Great Recession and global economic meltdown provides a foundation for where we are now and positioned our community well for the recovery,” explains County Administrator, Vince Long. “We really focused on public infrastructure and how that could stimulate other projects and attract significant private sector investment. In a shaky economy, private development was looking for safe bets. When the music had stopped in a lot of other places, our investment in public infrastructure provided much needed leverage for private investments and provided our community with a positional advantage.”

“Some ten years ago now, as the American economy was in the middle of the collapse and none of us knew how deep it would go or how long it would last, Leon County, Florida made a conscious effort to try and advance as many public infrastructure projects as we possibly could,” Long continues. “So, anything that was on our books for the next ten years, we tried to get out the door and on the street. Projects we knew were needed and we would be doing in the foreseeable future, we pushed out with a sense of urgency to create those jobs while the jobs were needed the most – and, as an added benefit – while the costs at the time were the cheapest and most affordable for the taxpayer.”

One of those projects was a corridor street that bifurcated the two major universities, Florida A&M and Florida State. At the time it was a strip of abandoned warehouses with a few businesses that were hanging on. “And the public did a lot of the early work,” Long says, “the non-sexy work, the sewer, the road work. The land aggregation was also key to attracting private sector reinvestment in an era of constrained lending and limited working capital. This was a critical time for the public sector to really understand the private sector.” “The work of the public sector literally paved the way (pun intended) for all of the private sector investment which followed,” said private sector developer Steve Ghazvini.

And that understanding has paid off. To date, there has been over $32 million of public investment in about a mile-long stretch which, in turn, attracted $400 million in private investment. “It doesn’t even resemble the area of town it was a very, very short time ago,” Long remarks. “We had basically no retail in this area and now we have over 150,000 square feet of retail. We have two hotels with about 300 rooms, 30 new businesses, and about 15 new high-end housing units and we are not even counting all the projects that are in the works. Those are just the projects that have been done. There are over a hundred million in projects in the process and even more in the planning stage.”

“If you read our County Strategic Plan,” Long points out, “it says ‘do well-designed public infrastructure that attracts business and private investment.’ It doesn’t say, ‘fix potholes;’ it doesn’t say ‘reduce traffic,’ or some of the things that you would more commonly associate with a county’s strategic plan. Of course, we have to do those things, but we can do better. And I think that has made all the difference.”

Tallahassee is a government town. It is also a University Town. Those are the two largest drivers of the economy. Together, they have also created a very entrepreneurial culture, and it is the recognition of this that allowed the County to leverage those assets. For example, the University has the National High Magnetic Field Laboratory, one of only two in the country, and so they are doing a lot of work around the Magnetic Lab to create a sort of magnetic industry cluster. 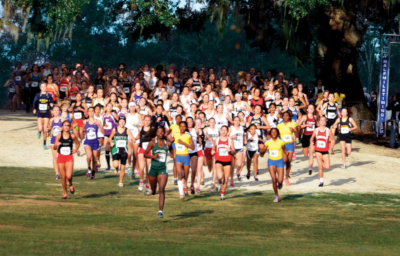 “And it’s not all vertical development,” says Long. “Another project that worked that way was a cross-country running facility. We completed building it and we very quickly realized that we had tapped into something really big, something that was needed. We had used the expertise from Florida State University and teamed up with our local track club here in town and we used the experts to design a facility designed by runners for runners. What we ended up with was one of the premier cross-country venues in the country. And so, we just landed the bid for the NCAA Cross-Country Championships in 2021. That will be the first time in the tournament’s 80 years that it will be held in the State of Florida. We are really excited about the economic potential that has. And what we realized in the process was that sports tourism can be a great economic driver as well.”

“We talk about this a lot around here,” he points out. “When they write the history on Leon County, Florida they will look back at this time and there will be people who scratch their heads and say, ‘Wow, how could they have done it?’ because the year aligns with what was the middle of the Recession. Again, when all the music had stopped, we took on some of our most ambitious public infrastructure projects. And I am including in that parks and greenways, sidewalks, and things where the private sector clearly looked at it as leveraging smart money in a shaky economy.”

Another really innovative step the County took was to partner with a venture capital company out of Atlanta to create Domi Station, a community business incubator, set up in an old, abandoned county warehouse. Since opening in May 2014, Domi has, through various co-working memberships and incubator programs, engaged at least 467 individual members, hosted or organized 450-plus events, and worked with companies that have gone on to raise $5.4 million in investment.

“And we have just launched something that I am not sure there are a lot of local governments doing,” Long adds. “We have tended to be pioneers among local governments in terms of sustainability and one of the things we just launched is a sort of a Paris Accord type of compact with the large organizations like the County, universities, hospitals, Tallahassee, and others, whereby these large organizations would come together and collectively try and reduce our greenhouse gas impact and our carbon emissions through working together in a collaborative fashion. And we are very thankful to our private sector partners who have agreed to join us in those efforts – many of whom were doing really good things on their own. But we think, collectively, we can have a better impact.”

Into the future, the new sales tax extension for infrastructure has a good balance in terms of grey and green projects which will begin in 2020. Lasting until 2040, it will follow the same structure of investment in infrastructure that leads to growth. There are already $750 million allocated to projects set to create a $1.2 billion economic impact over that period of time.

“This includes a significant emphasis on improvement of our airport,” explains Long, “as well as a $20 million investment in our conference center. We have around 250 state associations here in the state capital and not many of them hold their annual conferences here, mainly because they do not have a place with enough space to hold them. Our analysis indicates that there are an awful lot of those who would have their annual, regular, and quarterly meetings here instead of getting on a plane or driving to Orlando. We think that is an awful lot of untapped economic capacity that we have there. We also want to continue to support our tourism economy. We are not a typical tourist destination in the state of Florida, but it has about a $900 million annual impact in our community. It supports about 14,000 jobs and we have about 2.5 million visitors annually – not insignificant, but we have really just scratched the surface in that area, as well.”

“I think a big story here is the larger transformation our community has undertaken beyond the physical transformation.  We have always been a beautiful community,” Long concludes, “and people come here and they marvel at our canopied roads, our oak trees, and our history. We are the historic capital and a college town but we are much more than that. We used to suffer from a bit of crisis of complaisance, that all changed when the economy crashed.

“While we focused on attracting private capital during the economic downturn, we realized, more than ever, that our greatest asset is our human capital. Our investments in infrastructure, creating places for people and businesses to thrive, and a culture of innovation and partnership, have made Leon County, Florida a place of choice to live, work, and play.”

Check out this handpicked feature on The Municipality of the County of Cumberland.

WHERE: In Florida’s northwest panhandle 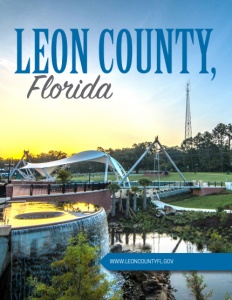