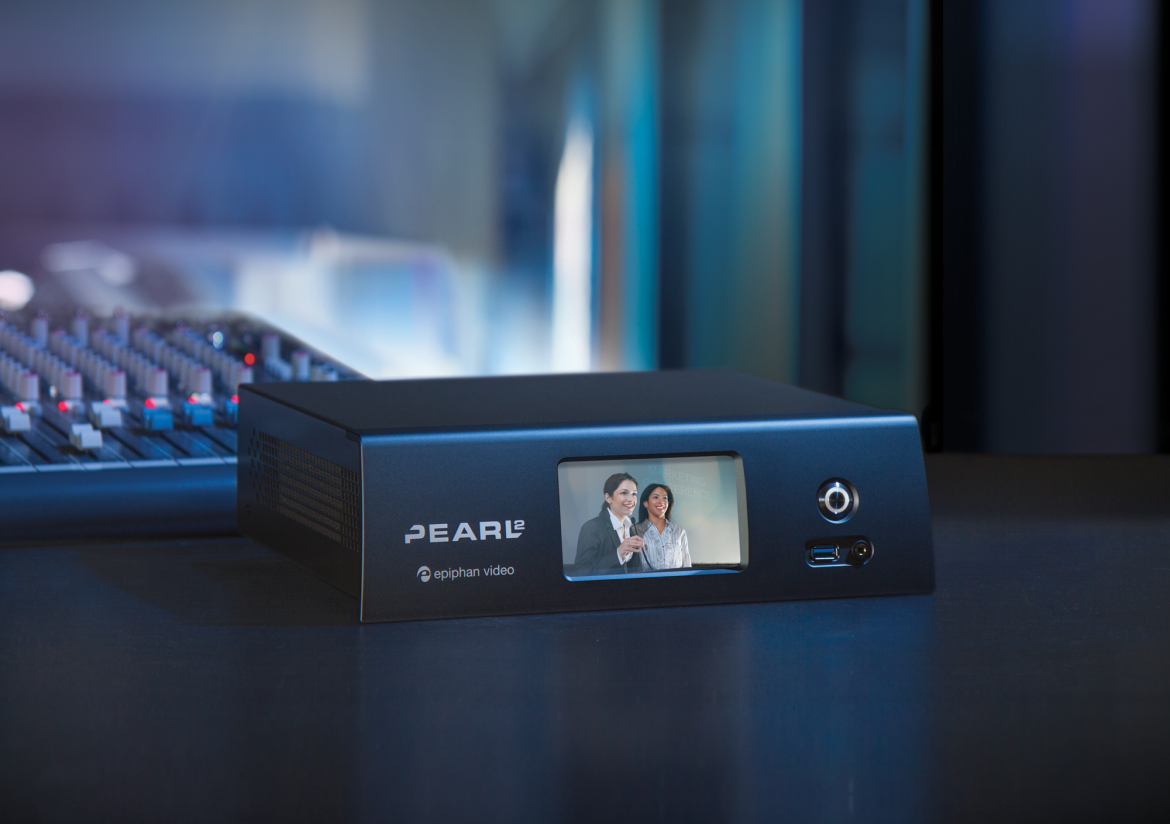 Business View Magazine interviews executives of Epiphan Video, discussing how they got started, how they differentiate, future products and more.

Epiphan Video is a trade name of Epiphan Systems Inc., a privately-owned company incorporated in 2003. Based in Palo Alto, California and Ottawa, Ontario, Epiphan has a global reach with regional offices and a network of authorized channel partners and OEMs throughout the world. Products are designed in North America and backed by rock-solid technical support.

CEO, Mike Sandler, speaks to Epiphan’s success. “Practically speaking, our previous company was IPMeeting, which was web collaboration software. After the sale of that company to DWL which was in turn acquired by IBM, we looked at what we did right, what we did wrong, and what we could do better. We thought about simplifying with hardware-related things. The idea was to hook up a piece of hardware to a computer and project what was happening inside, onto the screen – a kind of web projector. That was 14 years ago. It started with a simple product – a frame grabber – and we realized there was no similar hardware in the world. If we could make it, that would be the core technology in our final unit. So, we put our efforts together to make that happen.” 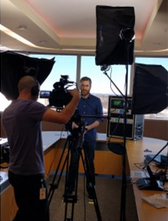 Sandler, and Misha Jiline, CTO, are co-founders of Epiphan. In 2003, they raised just over half a million dollars from friends and family to start the business. Sandler believes they were lucky not to raise more from other circles, because rather than being in the hands of venture capitalists, they were able to build the product and start selling with personal money and their own efforts. “We were flying right above the grass for a year, but we managed to build one, two, then three products and we keep successfully selling them. Based on sales, we’ve naturally grown the company since then. The number of products now exceeds 30, though some have been retired.”

Today, Epiphan employees more than 50 people. The company is headquartered in Ottawa, Canada with a secondary branch in Palo Alto, California. “Moving to Palo Alto extended our horizons,” says Sandler. “The purpose was to hire sales people in Silicon Valley. I tried to do it myself from Ottawa, but realized I couldn’t do it, remotely. I needed someone in Palo Alto permanently, and the best candidate was myself, just to build a team, because Misha needed to be with the engineers. I now have two top-notch salespeople and a support team for them here, in the heart of Silicon Valley, across from Stanford University. Students go to lunch right by our office and definitely notice what we’re doing. We’re not shy about getting our message around. That’s how it works.”

VP of Product Marketing, David Kirk came on board with Epiphan in 2012. He notes, “In four years, Epiphan has developed a base of high-profile clients in the Valley – Google, Facebook, interesting medical companies; we have customers across a broad range of industries, whether it’s education or user experience labs or live events production. But we really focus on a couple of sectors. The live event production market is very big for us. People wanting to record and stream keynote speeches at major conferences and townhall meetings. Those are key ones. Then we have people in pure education. Hundreds of colleges and universities including Harvard and Stanford are our customers, and organizations where professionals need to keep up with training but don’t want to attend a physical conference. Much of that is done online, accessing courses and live training that happens from a central site.”

Anywhere you have live video, whether it’s a speech, a product announcement, a sporting event, or traditional education constitutes Epiphan’s customer base; also, medical research and remote diagnostics – not mainstream ‘inside the O.R.’ applications, but definitely for teaching hospitals and research in a medical environment.

Sandler reports, “Sometimes, it’s very remote medical. We’ve been recognized by the Space Foundation Hall of Fame for transferring video traffic from the International Space Station. An astronaut made an ultrasound of himself and sent it from space to doctors on earth. We’ve also done interesting remote medical assessments from Mt. Everest.”

More than a manufacturer, Epiphan 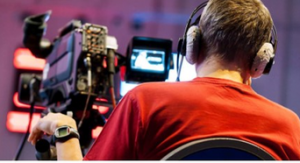 takes control of its marketing initiatives. Kirk explains, “We have a channel network to distribute goods and support our customers world-wide. But most of the marketing is done by us directly to the end customer. Whether you’re an AV tech inside a large corporation trying to figure out how to stream your town hall meeting, or a UX designer trying to record your experiments and get results to the guys who are actually implementing. We target our marketing at those populations, and then our channel network is there to help propagate those messages and serve customers around the world.”

Two separate product lines are the mainstays of the company. Capture cards, or frame grabbers, take the output from, say, your iPad and bring it into your computer, so you can stream, record, show on Skype, etc. Those fairly simple devices were the first Epiphan products. They still build those and design new ones to keep up with the market. The second line focuses on recording and streaming products that allow people to plug in multiple cameras or laptops and switch between sources – mixing, streaming, and recording all together.

Epiphan separates itself from competitors across both lines by three pillars: reliability, durability, and ease of use, especially with the small, portable products, where it’s hard to differentiate on a feature basis because the function is pretty simple. People want to know the device is going to work, even when it’s used and abused every single day. For recording and streaming, reliability is again the number one pillar. Competitors have similar products, but there is a lot of disappointment from their customer base in terms of how those products perform.

Artificial intelligence (AI) is a hot area right now and Sandler says there is momentum developing with many companies showing interest in Epiphan. “I’m getting requests from medical groups offering additional capital for alliance, acquisition, etc. I tell all of them we’re happy with what we’re doing. Unless it’s a huge synergy, we’re not interested in any other potential collaboration. Our industry of live video and broadcasting video is growing so fast we have lots of potential in our own domain. We just need to develop what we’ve done before, but deeper, better, faster. Reliability is our strength. Many companies depend on us for that, 24-7.”

“Customers are using our products in ways we never imagined,” adds Kirk. “We launched the Webcaster X2 a couple months ago, and we have end users doing everything from the typical YouTube thing like taking a cooking channel live, to a search and rescue group with drones, using the Webcaster to broadcast on a private channel, so police, fire, etc. have a view of what’s going on at the scene. Live video use is exploding and that’s fertile ground for us. It’s not a matter of lack of opportunities, it’s how many can we capitalize on and deliver on. It’s a fun time when your customers are surprising you with new applications.”

According to Sandler, “Mission Critical is a common definition for important actions that should be documented. Every surgery is mission critical and should be live recorded, so we can learn from it. Some lectures have impact that may change things for the future; courthouse recordings; even wedding ceremonies. It’s better to have records of everything, and live video is the best way to document. It takes a week or more to create a chapter about a significant feature of a product for a written manual. A live video takes about 15 minutes to shoot and one day of prep. People today use a “How To” video on YouTube much more than a manual, especially a printed one.”

Kirk elaborates, “Our next product release will have a completely live video manual, nothing written. That’s a first for us. The industry is transitioning quickly in that direction. For the future, we know that live video is just in its infancy. It’s going to be at the core of what we do. We’re open to opportunities, but providing accessibility to live video is our mission and that could take a lot of different directions. In five years, the live video landscape will look completely different and we want to make it manageable and super easy for people.”

Check out this handpicked feature on SuperCloud offering live streaming TV to any internet connected device.

WHERE: Based in Palo Alto, California and Ottawa, Ontario

Rubik’s Brand Limited – Not just that... 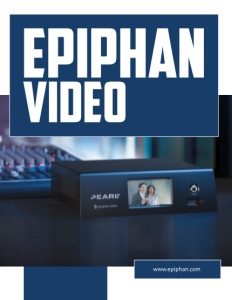