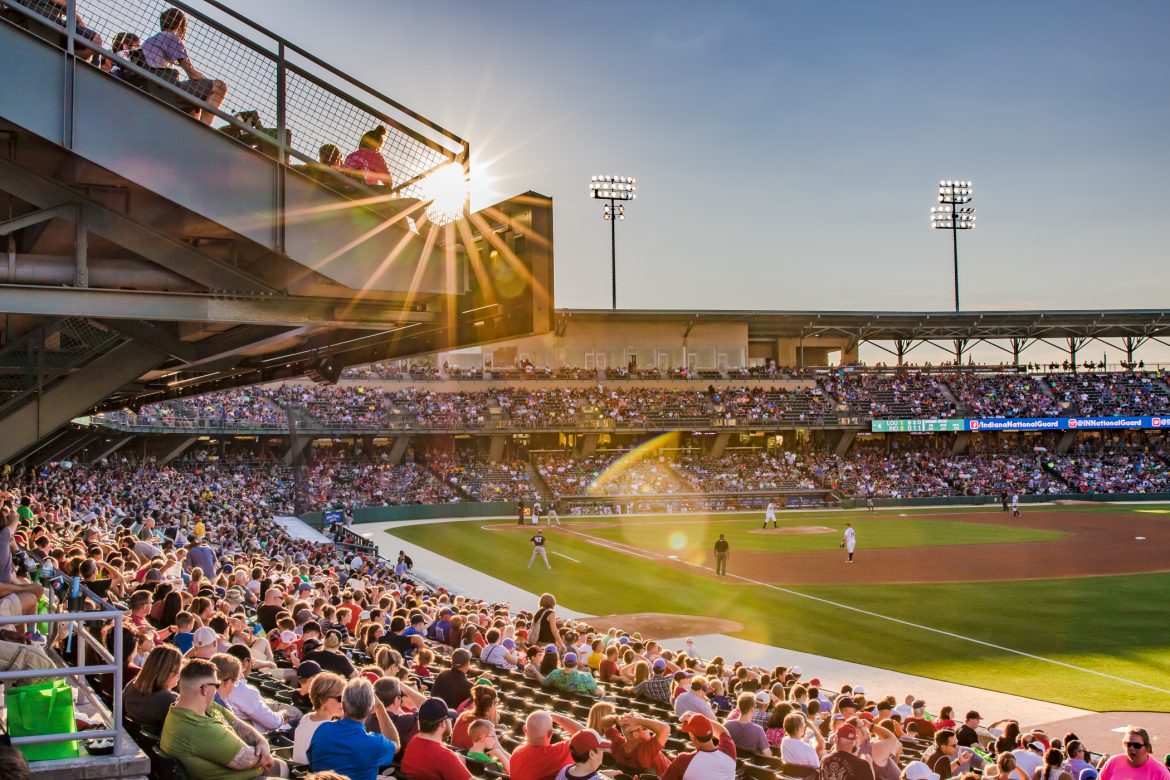 Victory Field, a 14,200-seat stadium in downtown Indianapolis, Indiana, is the home of the Indianapolis Indians, a Triple-A affiliate of the Pittsburgh Pirates of Major League Baseball. Founded in 1902, the Indianapolis Indians are the second-oldest minor league franchise in American professional baseball, and has helped launch the careers of several major league stars, such as Sean Casey, Ken Griffey Sr., Moises Alou, Randy Johnson, and Paul Konerko, among others.

Victory Field began construction in 1994, and the Indians moved in on July 11, 1996. “We transitioned from an old stadium built in the 1930s on the near west side of Indianapolis, not far from the Indianapolis Motor Speedway, to a downtown venue,” explains Randy Lewandowski, President and General Manager. “Victory Field was one of the first few key cogs into revitalizing downtown Indianapolis. There is a downtown mall that opened up in 1995, Victory Field in 1996, Bankers Life Field House, known back then as Conseco Field House, opened in 1999. The RCA Dome was torn down and Lucas Oil Stadium was built in 2009. A big Marriott hotel complex was built in time for the Super Bowl in 2012, right across the street from Victory Field. Live Nation has a small amphitheater directly opposite from us at White River State Park, which includes the Indianapolis Zoo, the Indiana State Museum, the NCAA Headquarters, and also this 5000-seat amphitheater. So, lots of things have happened in downtown Indianapolis and Victory Field was in the forefront.”

Victory Field was built as a partnership between the Indians and the City of Indianapolis for $18 million. “They have a quasi-governmental agency called the Capital Improvement Board,” Lewandowski says. “The CIB is the lessee with the state. The Indians contributed $4.5 million upfront, and another $10 million was paid back in lease rental payments for the first 20 years of our contract. We are now in our second lease as we start our 22nd season in 2018, so the deal is a little different, but we, the ball club, continue to pay to maintain and operate the facility, just as we did the first 20 years. And we get to keep all of the revenue streams that we generate.”

“In the first 20 years, there were three or four million dollars that the Indians put into the ballpark,” Lewandowski continues. “We added a gift shop, we added the Coors Light Cove, which is a bar down the left field line. We made some audio and video improvements. As we got into the second generation of the ballpark and signed a new lease, there were $6 million in improvements to be made over a three-year period. Prior to the 2017 season, we upgraded our audio, our video, and our video control systems. We’re currently undergoing a $2 million renovation of our full-season suites, and then, there will be a third iteration that we haven’t decided on yet, in some form or fashion of stadium seats, and/or a club/admin expansion – things we’re still tossing around that we’ll get in place before the 2019 season.” 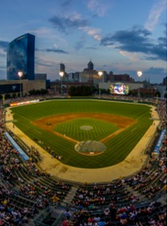 games each summer, the stadium also hosts 90 to 100 events, yearly, including several college games, highlighted by an annual contest between Indiana University and the University of Notre Dame. Other events include the high school state baseball championships, and various community and corporate events and outings – runs, walks, trade shows, etc. “We are closed November, December, January, and February,” says Lewandowski. “The ballpark was not set up to handle winter events and we don’t have any large enough indoor spaces that can hold much value to groups in the wintertime. So, we’re essentially an eight-month facility.”

The stadium has a full-time staff of 45, supplemented by hundreds of seasonal or game-day employees. It promulgates several sustainable policies, including providing dedicated recycling containers on its concourse level and in its suites. “Our cleaning crew will make a separate pass as we’re picking up trash, just for those recyclables,” Lewandowski states. “And we use green power with Indianapolis Power and Light for our field lighting. And then, on our grounds, we use mostly green products to eliminate as many pesticides as we can.”

This past season, Victory Field has averaged 9,159 fans per game. “We’ve led minor league baseball in attendance three of the last five years,” Lewandowski reports. “Ironically in those two years when we didn’t lead minor league baseball in attendance, we set our own Victory Field attendance records. So, we’ve been on a really good run here over the last five seasons in attendance, and are proud of what we’ve been doing. We won our division – the west division championship in the International League; lost in the first round of the playoffs to the eventual Triple-A champ – the Durham Bulls. But we had a good season on the field and moved a lot of players from Double-A to Triple-A, and from Triple-A to the major leagues, which is really what we’re here for – to be a feeder system to Pittsburgh. So, it’s been a success.”

In addition, Lewandowski sees Victory Field as a vital part of the growing downtown Indianapolis landscape. “It’s become a summertime destination and a community gathering place,” he proudly declares. “And it not only fits in, but rivals some of the great venues that Indianapolis is known for.”

WHO: Victory Field
WHAT: Home of the Indianapolis Indians
WHERE: Indianapolis, Indiana
WEBSITE: www.milb.com 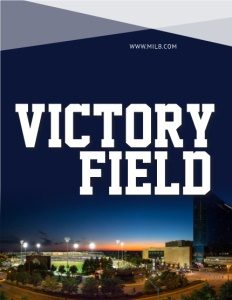